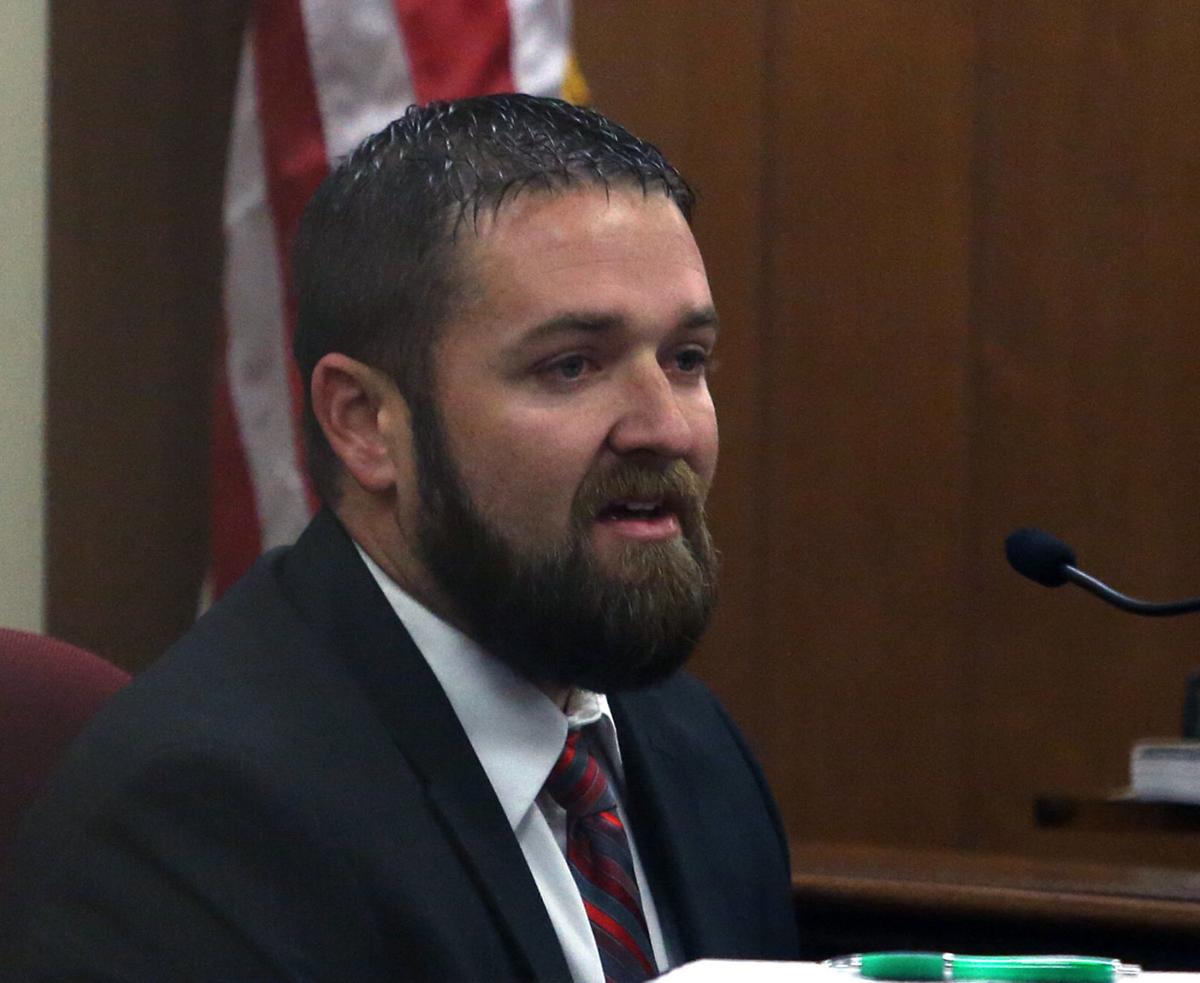 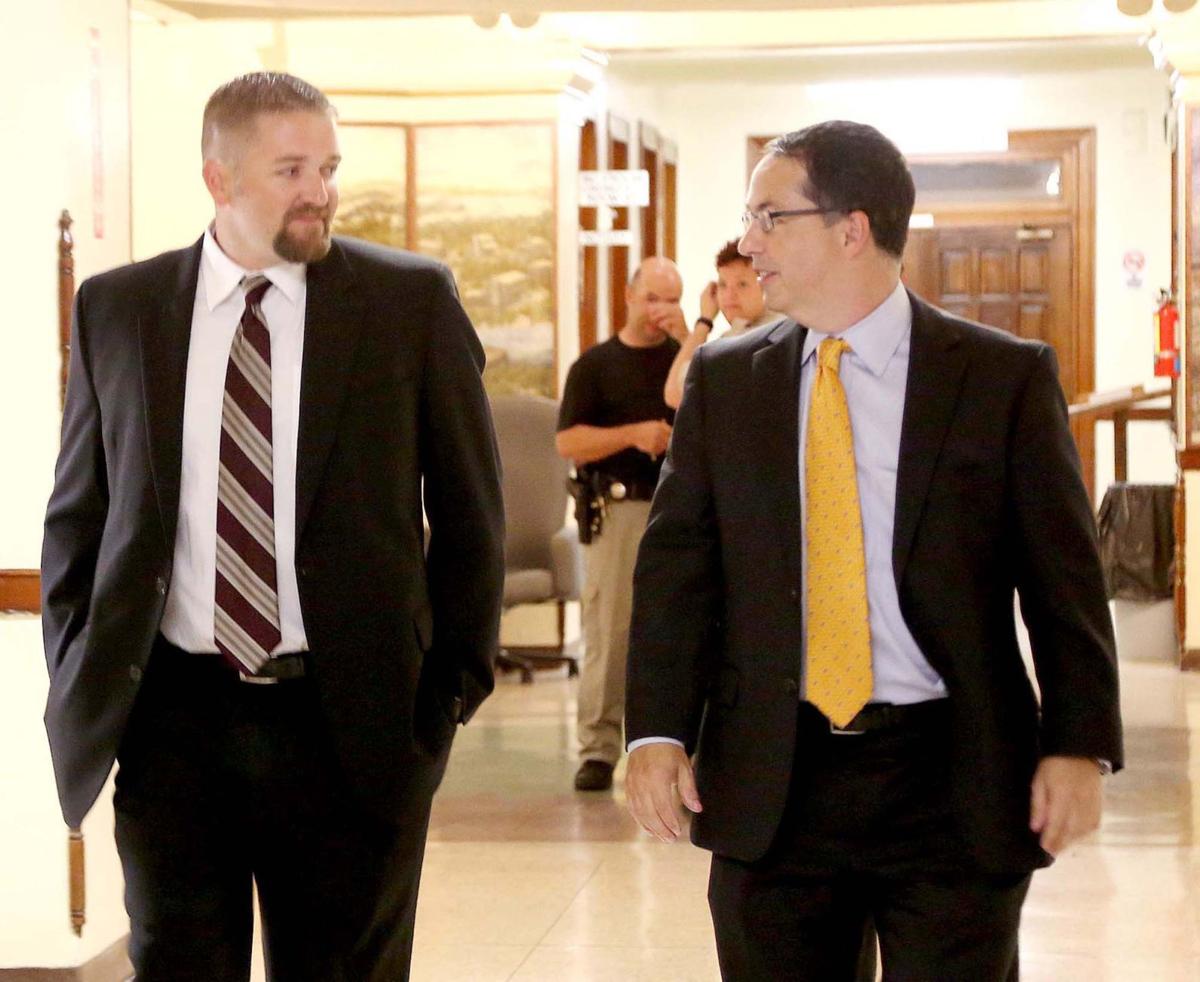 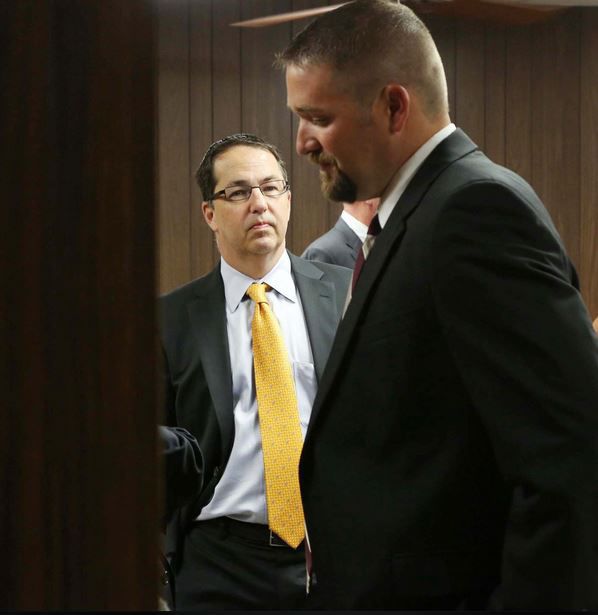 Dallas attorney Clint Broden and his client, Matthew Clendennen, have fought for a speedy trial in the Twin Peaks case.

A special prosecutor is seeking to dismiss all charges against Matthew Clendennen in the Twin Peaks shootout, saying there was no evidence that the Hewitt biker played a role in the 2015 incident.

Special prosecutor Brian M. Roberts filed a motion Friday to dismiss the first-degree felony charges against Clendennen, whose attorney has fought to bring the case to trial and has been a leading critic of the Twin Peaks prosecutions.

Roberts’ motion asks that the charges be dismissed with prejudice, meaning they could not be refiled later. The motion said he is seeking the dismissal because there was not sufficient probable cause for the arrest.

“In Clendennen’s case, I don’t think the case should have been filed in the first place based on all the facts and evidence that I saw,” Roberts said Monday. “I think there was a clip where Abel Reyna stated that his basis for filing the engaging charges was because these are criminal street gangs and everyone who was a supporter was being filed on.

“In my opinion, that just wasn’t a sufficient basis to charge someone without any evidence that they were involved in any wrongdoing that day,” he said. “I am very confident in my decision. As a matter of fact, it was something that the four of us discussed. There was just no evidence to show he was involved in anything that happened there, other than being present, and that ain’t enough.”

Clendennen, formerly a member of the Scimitars, was among 177 bikers arrested and 154 indicted after the May 15, 2015, shootout at the Twin Peaks restaurant that left nine bikers dead and dozens injured.

Reyna recused himself from Clendennen’s case as it was headed for trial, making it among the first Twin Peaks cases independently reviewed by prosecutors outside Reyna’s office.

Roberts and the other three special prosecutors, Feroz Merchant, Brian Benken and Mandy Miller, all of the Houston area, also have been appointed to prosecute Twin Peaks defendants William Aikin, Ray Nelson and Billy McCree.

Roberts, a former Harris County assistant district attorney for five years, served in the special crime bureau, major fraud division, for the last two years. He said he and the other special prosecutors are waiting to review more discovery from the DA’s office before making determinations in the other cases.

“The language the special prosecutors use in their motion to dismiss differs dramatically from the weasel words used by Reyna in the Twin Peaks cases previously dismissed by his office,” Broden said. “Reyna, unlike the special prosecutors, included language in his dismissal motions attempting to continue the public charade that the arrests of 177 people and 154 indictments were somehow proper... Free from political ambition, the special prosecutors were able to see the frivolousness of this case and it further exposes the actions of Abelino Reyna.”

Broden said the way the cases were handled “is a true tragedy from so many perspectives.”

“Three years later the truth has come out and that truth looks very different than the picture Mr. Reyna and Waco Police Sgt. Patrick Swanton tried to paint for the media and the public in May of 2015,” Broden said.

In the almost three years since the shootout, only one defendant, Jacob Carrizal, has gone to trial. His trial ended in a hung jury and a mistrial.

Since then, prosecutors have dismissed 28 other indicted Twin Peaks cases and formally refused 32 others that were not indicted.

In a status conference Friday, Assistant District Attorney Amanda Dillon told Judge Ralph Strother that the DA’s office likely will dismiss all but 25 to 30 cases during a re-evaluation of the Twin Peaks cases. Many of those dismissals could come this week, she said.

After Shaver took over Clendennen’s case, he issued a gag order, preventing the parties in the case from talking publicly about the case.

Waco’s 10th Court of Appeals vacated the gag order in March after Broden appealed the order.

“It is important to remember that this gag order was sought by the McLennan County District Attorney’s Office and not the special prosecutors now assigned to Mr. Clendennen’s case.” Broden said in March. “Mr. Reyna’s office sought the gag order only days before his office recused himself in the case knowing full well that an almost identical gag order was found to be unconstitutional.

“I view the Court of Appeals’ ruling, first and foremost, as a victory for the First Amendment. In addition, it is also yet another repudiation of how the McLennan County District Attorney’s Office has handled the Twin Peaks cases,” he said.

Johnson issued a similar gag order in Clendennen’s case in June 2015, which many attorneys, Waco police officials and prosecutors misconstrued as involving all Twin Peaks cases. That order was met with an identical ruling by the 10th Court.

Reyna’s office appealed that ruling to the Court of Criminal Appeals, which stayed the lower court’s ruling for 11 months before issuing a one-sentence ruling saying the appeal was denied.

Now, 117 of the 155 indictments stemming from the 2015 shootout have been dismissed, leaving 38 bikers still under indictment.

A McLennan County grand jury Wednesday re-indicted 24 of the remaining 37 defendants in the Twin Peaks biker shootout on a variety of charges,…

Dallas attorney Clint Broden and his client, Matthew Clendennen, have fought for a speedy trial in the Twin Peaks case.