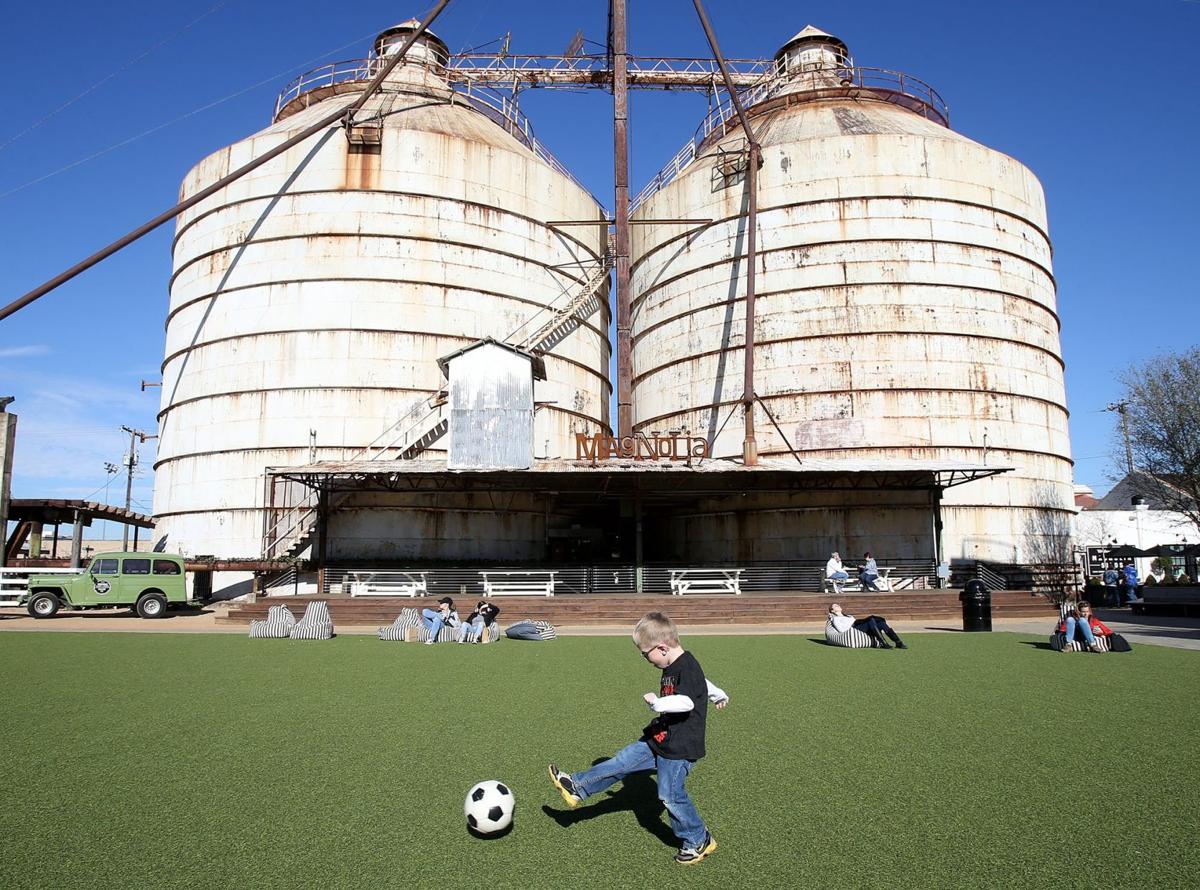 A youngster kicks a soccer ball at Magnolia Market at the Silos, where co-owner Chip Gaines will open his own 3,800-square-foot store. 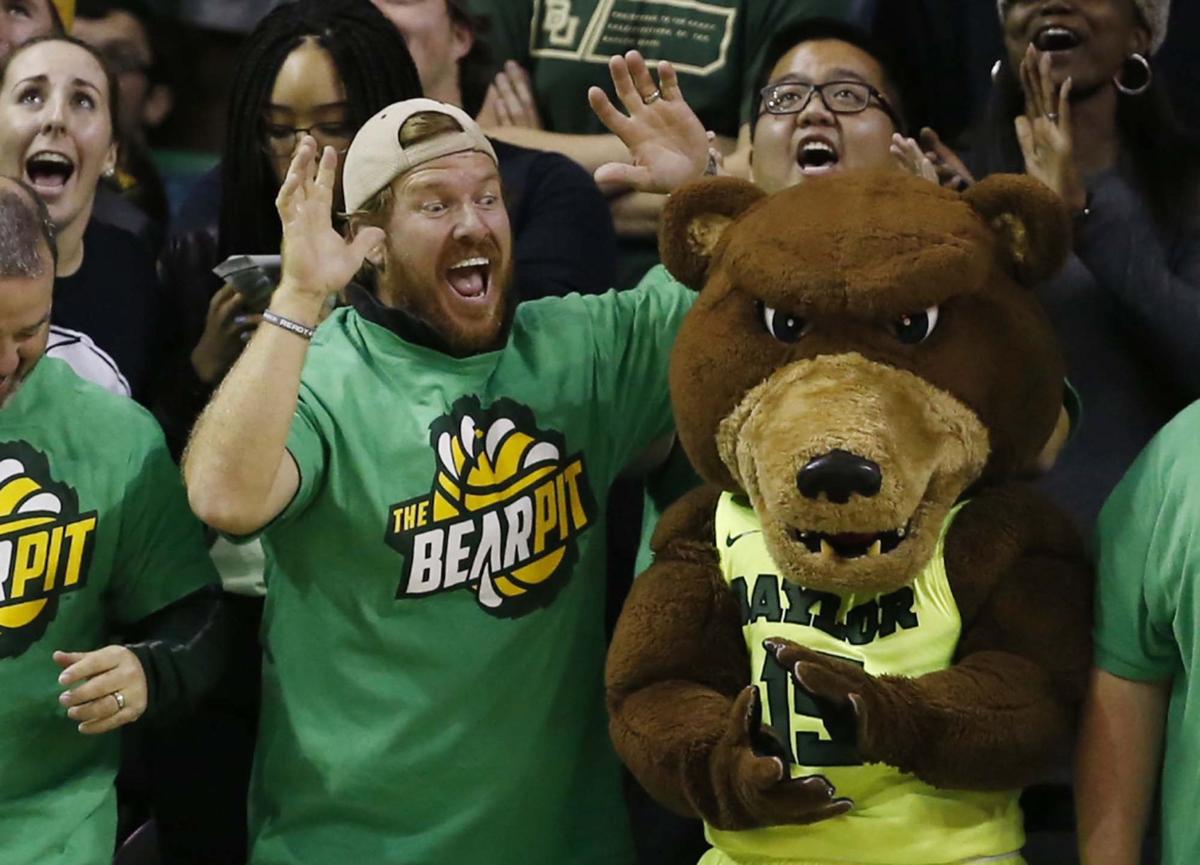 Chip Gaines is getting his own store at Magnolia Market at the Silos, a locale officials say already attracts tens of thousands of visitors a week. Local tourism officials think fans of the duo and their hit show “Fixer Upper” will make even more trips to Waco to snap up Chip’s merchandise.

His “mercantile” will occupy about 3,800 square feet in one of the two rust-covered silos on the premises. Chip Gaines had settled for having only a small corner of the home-goods store devoted to his selection of work clothes and small tools, but now he’s moving up in the world of Magnolia retailing.

“Joanna recently announced during ‘Silobration’ that Chip was getting his own store, and that’s where we’re headed,” Magnolia spokesman Brock Murphy said.

Murphy said work on converting a grain silo into a shop for the masses likely will start by March, but details about the process and the finished product remain elusive.

The merchandise mix, Chip’s personal involvement in the transformation and even the proposed name of the store are under discussion, Murphy said.

Asked if Joanna pressured Chip to make the move, Murphy laughed and said, “Obviously what is his is hers and what is hers is his, but plans from the beginning were to do something with the silos themselves. This is their next project. Magnolia Market already is attracting 20,000 to 30,000 people a week in its first year of operation, but Chip and Joanna would love to give visitors something new to see every time they come to visit.”

Magnolia-themed items have become so popular that Fed-Ex Office recently opened a service area in Magnolia Market, allowing visitors to ship gifts to family, friends or their own residences. Murphy said about 60 to 70 percent of the merchandise at the Waco store is not available from the company’s online store.

The Gaineses bought the historical Elite Cafe on Waco’s traffic circle last year, and crews have started renovating it into a restaurant that will offer an extensive menu for breakfast, which reportedly is Chip’s favorite meal. Murphy said the cafe represents another opportunity for Chip and Joanna to expand their entertainment options.

Magnolia has become the gift that keeps on giving to its hometown, said Carla Pendergraft, director of marketing for the Waco Convention and Visitors Bureau. She has no doubt the opening of Chip’s new store will generate more traffic for Magnolia Market, Pendergraft said.

“He deserves one, don’t you think? He’s so popular,” she said with a laugh. “We work with group tours, and it’s quite obvious Chip has his own fan base.”

Pendergraft said Chip and Joanna have teamed up to create such a following for Magnolia Market that Waco has become a destination for visitors from around the country, not just a stop on tours that include visits to the state’s larger cities. She said a group from New York “came here for Magnolia and then went right back home.”

Posts on the TripAdvisor website typically rave about the Magnolia experience, she said, and mention new attractions that others should not miss.

The goal now is to get tourists interested in other attractions and restaurants, Pendergraft said.

“I’ve ridden the Silo District Trolley and I’ve visited with some of the Magnolia visitors, tried to give them maps I happened to have with me, and many were very single-minded,” she said. “They were making a pilgrimage to see Chip and Joanna and were not open to talking about anything else.”

She said her strategy going forward is to reach people on the trolley who may have completed their visit to Magnolia Market.

“Maybe we can get them to spend the night in a local hotel or eat at one of our unique restaurants,” Pendergraft said.

Some fans of Magnolia Market may hit the highway immediately after their visits, but lodging statistics show many are choosing to hang around Waco a night or two.

The occupancy rate at hotels in Greater Waco stood at 71.1 percent through the third quarter of 2016, the fourth-highest in the state, even with the addition of about 300 new hotel rooms during the first nine months of the year, Pendergraft said.

Magnolia Market at the Silos opened in October 2015, a year when Waco had about 600,000 visitors, less than a third of the 1.9 million people who visited Waco in 2016, according to city officials.

Local lodging establishments generated almost $47.8 million in revenue last year, an increase of almost 17 percent from the almost $41 million in 2015, according to a report prepared by Amarillo-based economist Karr Ingham for the First National Bank of Central Texas and the Waco Tribune-Herald.

“The hospitality and tourism industry has been very strong in Waco the last year or two, and I give Magnolia much of the credit,” said Whitney Richter, with the Greater Waco Chamber of Commerce.

“But I also believe our other attractions — the Cameron Park Zoo, the Texas Sports Hall of Fame, the Texas Ranger Hall of Fame, the Dr Pepper Museum, Baylor University and the Extraco Events Center — bring a different aspect, one that broadens our appeal to all ages and genders.”

The Showtime Gentlemen’s Club on La Salle Avenue has curve appeal, one might say, with signage that includes female forms in silhouette.

Austin Young, originally from South Georgia, is opening a Chicken Salad Chick restaurant at 1509 Hewitt Drive. It probably will open late next…

Participants will quietly slip into the building at 605 Austin Ave. on Wednesday and Thursday evenings, hoping to unlock the door to success.

A youngster kicks a soccer ball at Magnolia Market at the Silos, where co-owner Chip Gaines will open his own 3,800-square-foot store.