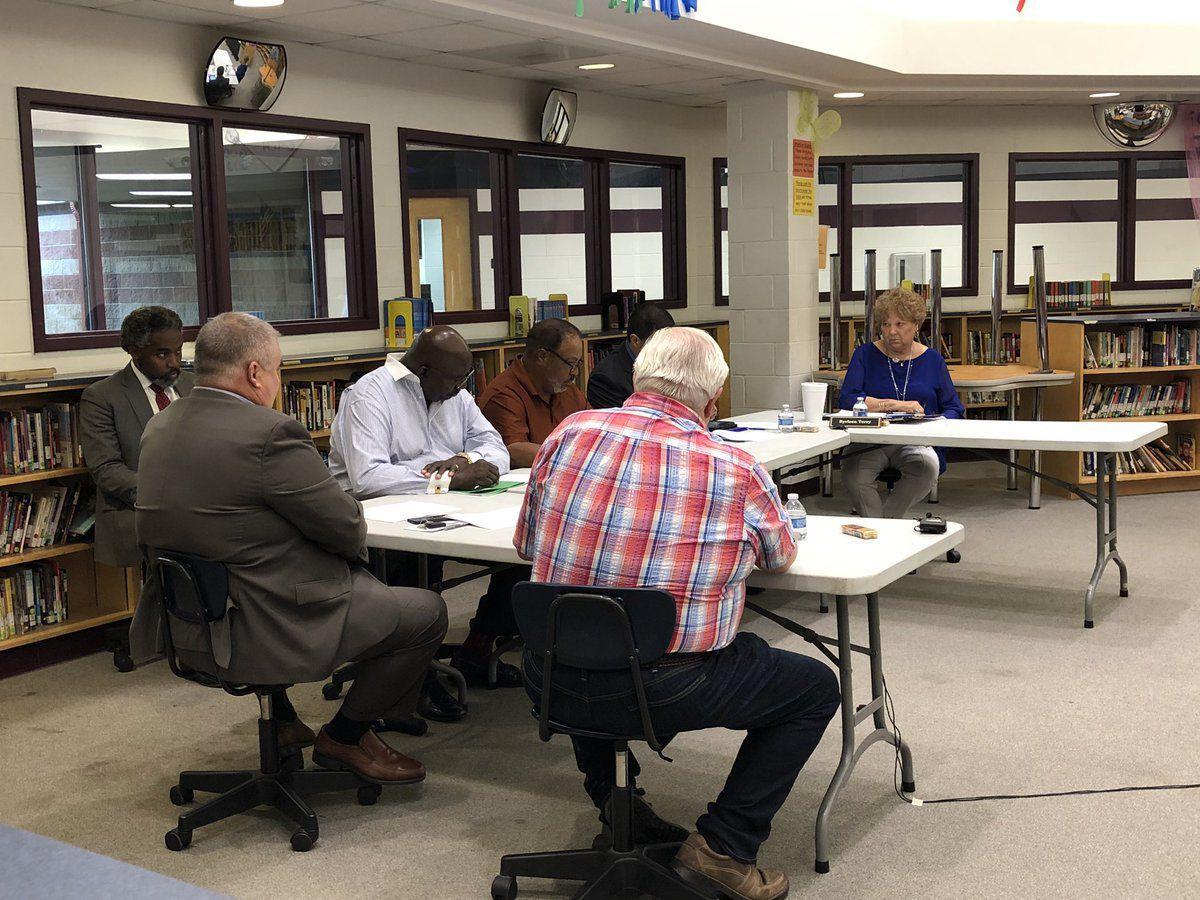 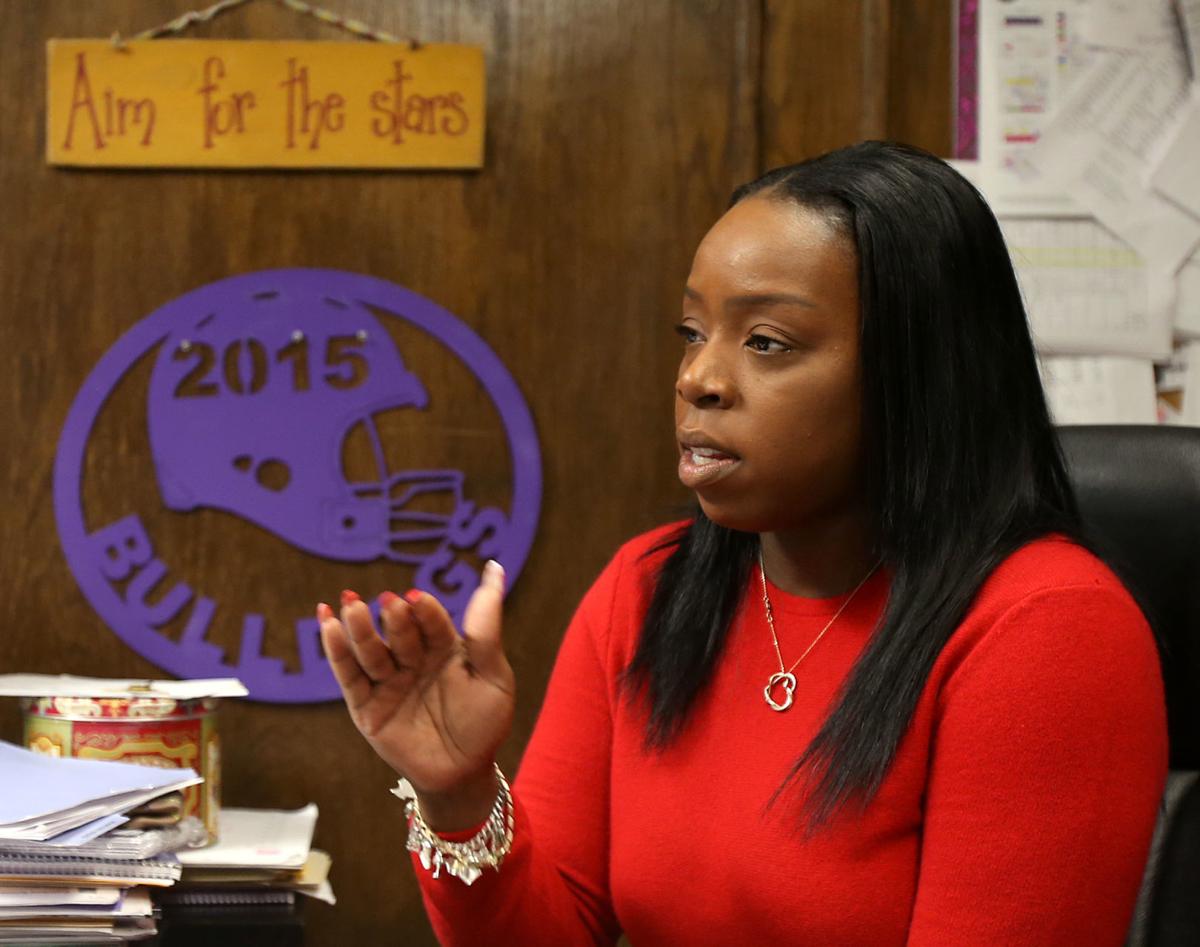 Remy Godfrey, a former Marlin High School principal and most recently assistant superintendent, has been chosen as acting superintendent.

The Marlin Independent School District Board of Managers suspended Superintendent Michael Seabolt on Wednesday afternoon, but attorneys for the superintendent assert in a letter to the governing body that it lacks the authority to do so.

The five-member board of managers voted 4-1 to suspend Seabolt and launch an investigation into his performance and the district. Board member Danny Vickers cast the sole dissenting vote. The board also ordered Seabolt to immediately hand in any district property to Texas Education Agency conservator Jean Bahney and banned him from district events and property, including its computers and digital networks.

Wednesday’s vote to suspend Seabolt came a week after a similar motion made by board member Eddie Ellis failed. Bahney directed the board May 29 to place Seabolt on paid administrative leave, “pending further board action,” after the motion failed.

Vickers said he dissented because he has never received any background information on the potential action items on the meeting agenda, including Seabolt’s suspension. He said he has no allegiance to Seabolt, only to the district. He previously served on the district’s board of trustees before the state installed the board of managers.

“Still to this day, TEA and Dr. Bahney and Mr. Crabill (TEA Deputy Commissioner of Governance AJ Crabill) have not brought us up to speed on their reasons for pushing for Dr. Seabolt’s suspension,” Vickers said. “They offer to do that one-on-one with each of us, but that’s not the way those things should be done. They should be done in front of the entire board.”

Ellis said the board took a significant step forward Wednesday to “right this ship” and “bring in new leadership.”

“I’m a firm believer that when you have teachers and students complaining about how the school is being run and teachers are saying they are not getting any support, then that starts with leadership,” he said after the meeting. “I hope whoever it is that we bring in has some experience in this business of taking schools from near dead and bringing them back, like the phoenix.”

Seabolt’s letter from the Grapevine-based Adams, Lynch & Loftin law firm disputes several items on the Wednesday meeting agenda, including one that states the board of managers will hire an independent agency to investigate “district affairs” and the “superintendent’s performance of duties.”

The board voted 4-1, with Vickers dissenting, to approve hiring an investigative firm. Board President Billy Johnson will select the firm, which is why Vickers cast the sole dissenting vote, he said. Ellis declined to amend his motion to allow the board to choose the firm as a whole.

“If you’re going to choose an investigator like that, we should all have an equal opportunity to vote on that and not have just the board president choose that. That smacks too much of, for lack of a better word, a hit job,” Vickers said. “It’s very likely any investigator hired is going to find what the TEA and the commissioner would like him to find because there’s not transparency in who’s going to be hired or how qualified that person is going to be. That’s going to be left up entirely to the board president rather than the management of the board as a whole, and I object to that.”

Additionally, the letter asserts Seabolt’s suspension is invalid because it was the result of the conservator’s directive, not a vote by the board of managers.

“Any action resulting from a directive, written or otherwise, from the conservator is without statutory or contractual authority,” the letter states. “Accordingly, you are hereby advised that Dr. Seabolt will continue to be and act in his capacity as superintendent pursuant to the terms of the superintendent’s contract.”

Godfrey served as high school principal in Marlin before becoming assistant superintendent in February 2016, according to her LinkedIn page. She worked for the Temple Independent School District for 10 years.

In other business, the board of managers voted 3-2 to rescind authority to file a lawsuit against TEA related to its special accreditation investigation into Marlin ISD. Vickers and Byrleen Terry cast the dissenting votes.

According to the letter from Seabolt’s attorneys, the board of managers authorized a lawsuit this spring against TEA because of “inaccuracies” in the final investigative report into the Marlin ISD’s credit recovery program. State Education Commissioner Mike Morath allegedly informed the district it would fail accountability ratings for 2018 because of findings in the report before any TEA investigators ever visited Marlin or received “significant information” from the district, the letter states.

Terry said she dissented because she did not have enough information to make a decision either way.

“I just don’t feel comfortable yet to just let that slide. We’re still going to come back and talk about it, but I want to hear a little more,” she said after the meeting. “I’m not saying I won’t change my mind at the next meeting.”

Meanwhile, Marlin ISD faces closure for the fourth consecutive school year, despite two years of state intervention in the form of a state-installed board of managers. The district has failed state academic accountability standards based on standardized exam scores for seven consecutive years.

As a result, Morath revoked Marlin ISD’s accreditation status for the 2018-19 school year in February. He also appointed Bahney as conservator. This could result in the closure of the district as early as July 1, according to a February letter Morath sent Seabolt and the board of managers.

The closure of the district depends on the results of an informal review of its accreditation status. Marlin ISD requested this review, a remedy available to school districts in this situation. The results of the review are pending, according to the TEA.

In January, Morath extended the appointment of the Marlin ISD board of managers for another two years, citing a “lack of improvement” at the district.

Seabolt started in Marlin in summer 2015 with a mandate to turn the district around. He guided the district through its first abatement agreement with the TEA.

Remy Godfrey, a former Marlin High School principal and most recently assistant superintendent, has been chosen as acting superintendent.