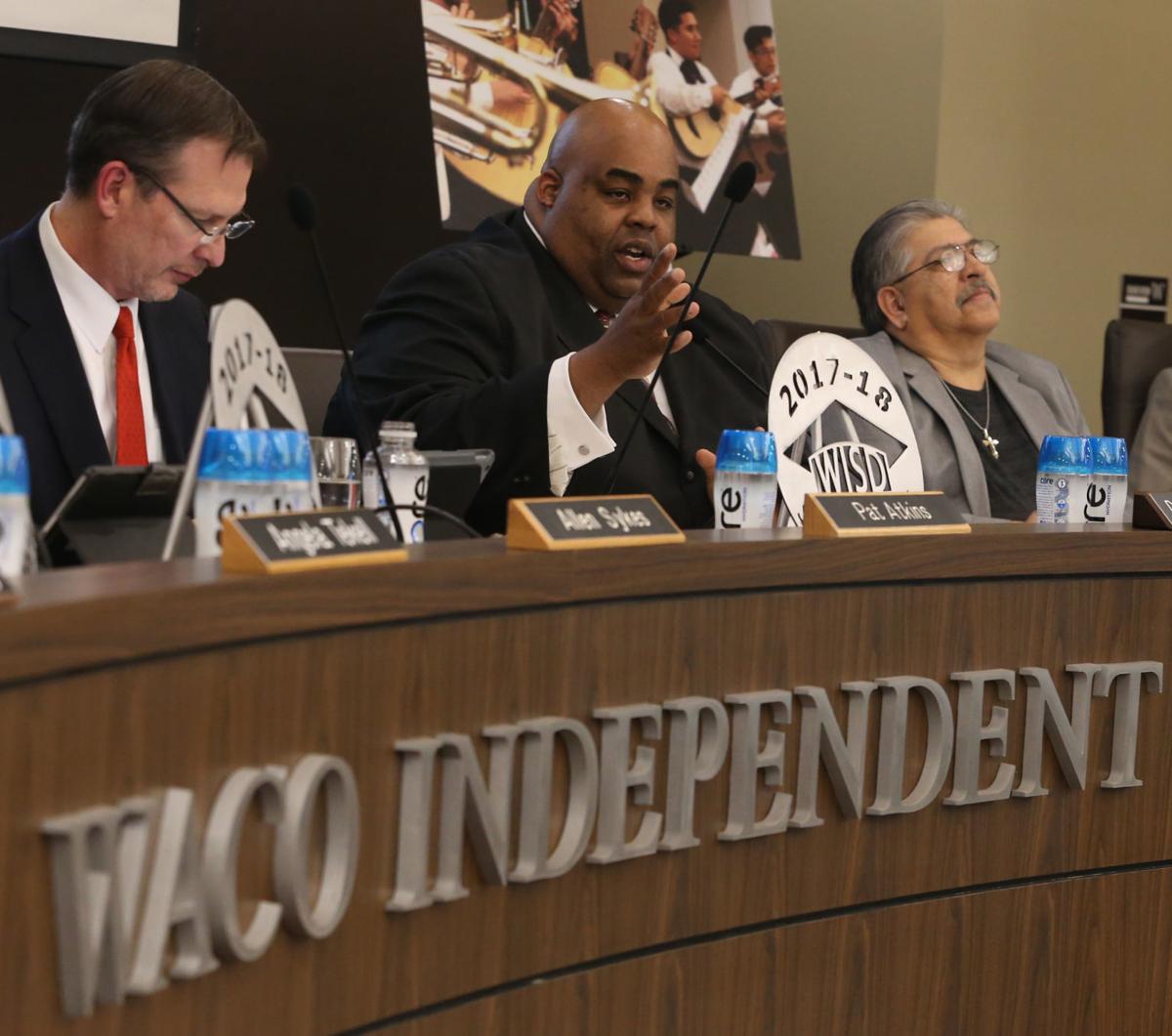 Waco ISD Superintendent A. Marcus Nelson speaks during a January board meeting about the decision to partner with Prosper Waco. 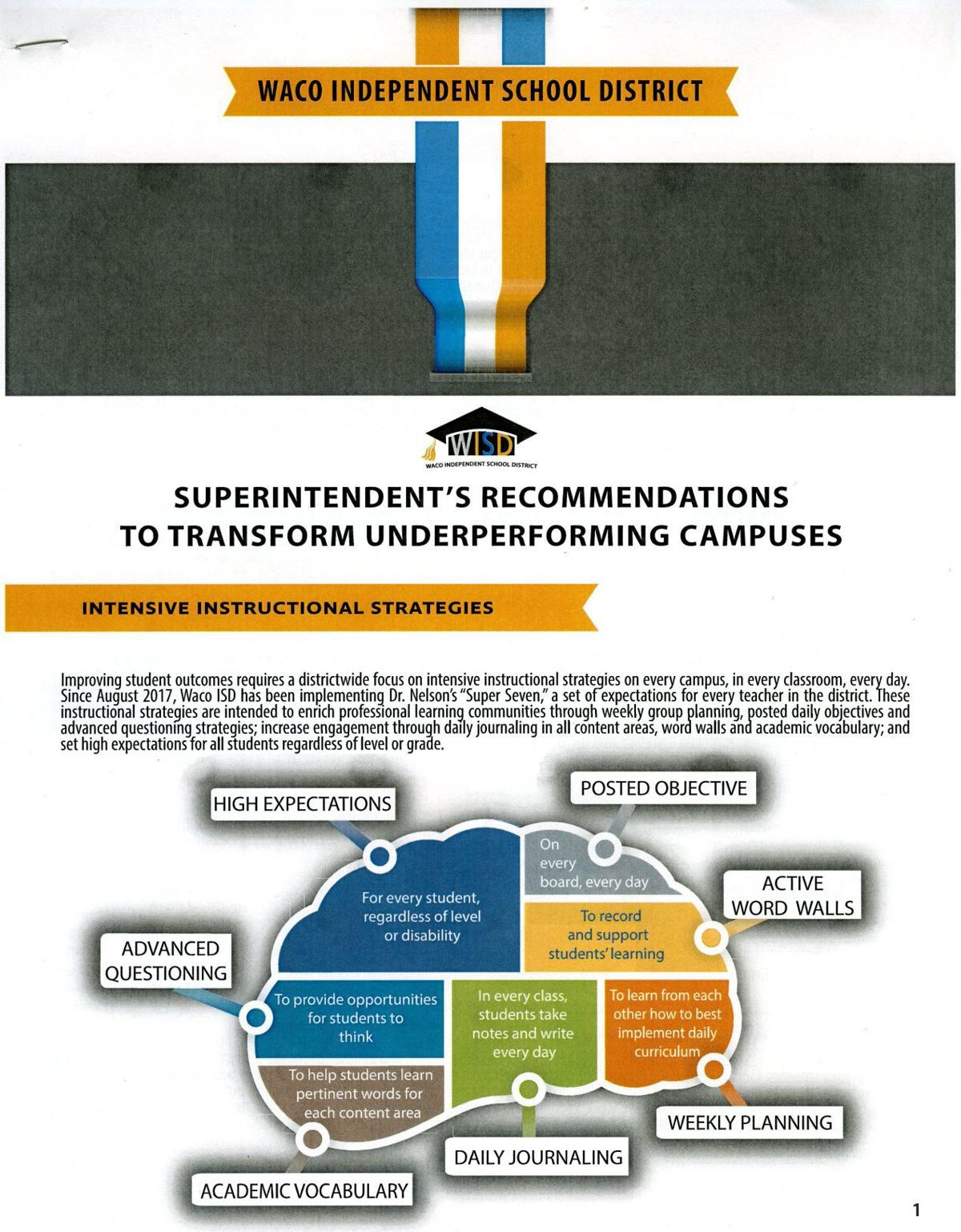 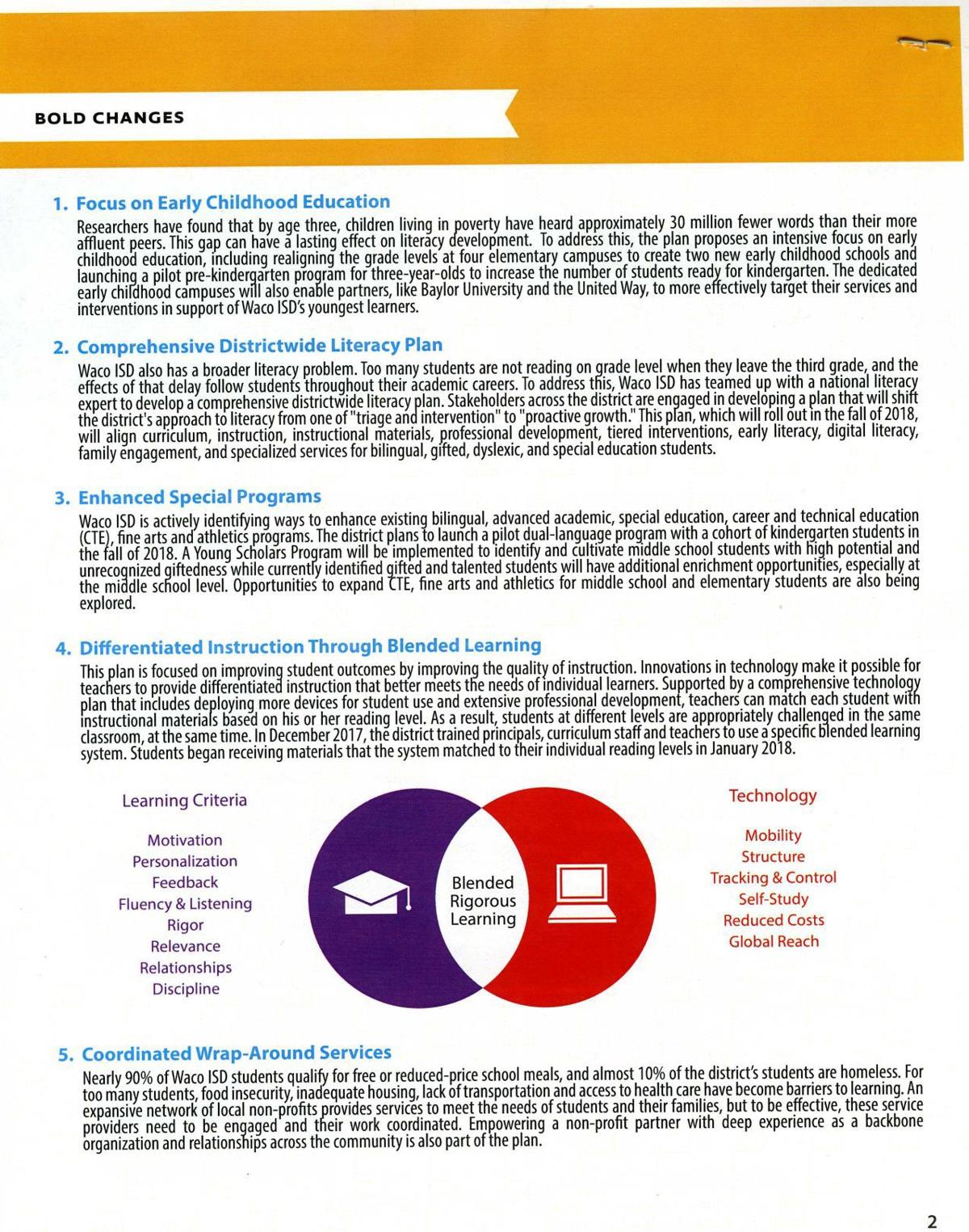 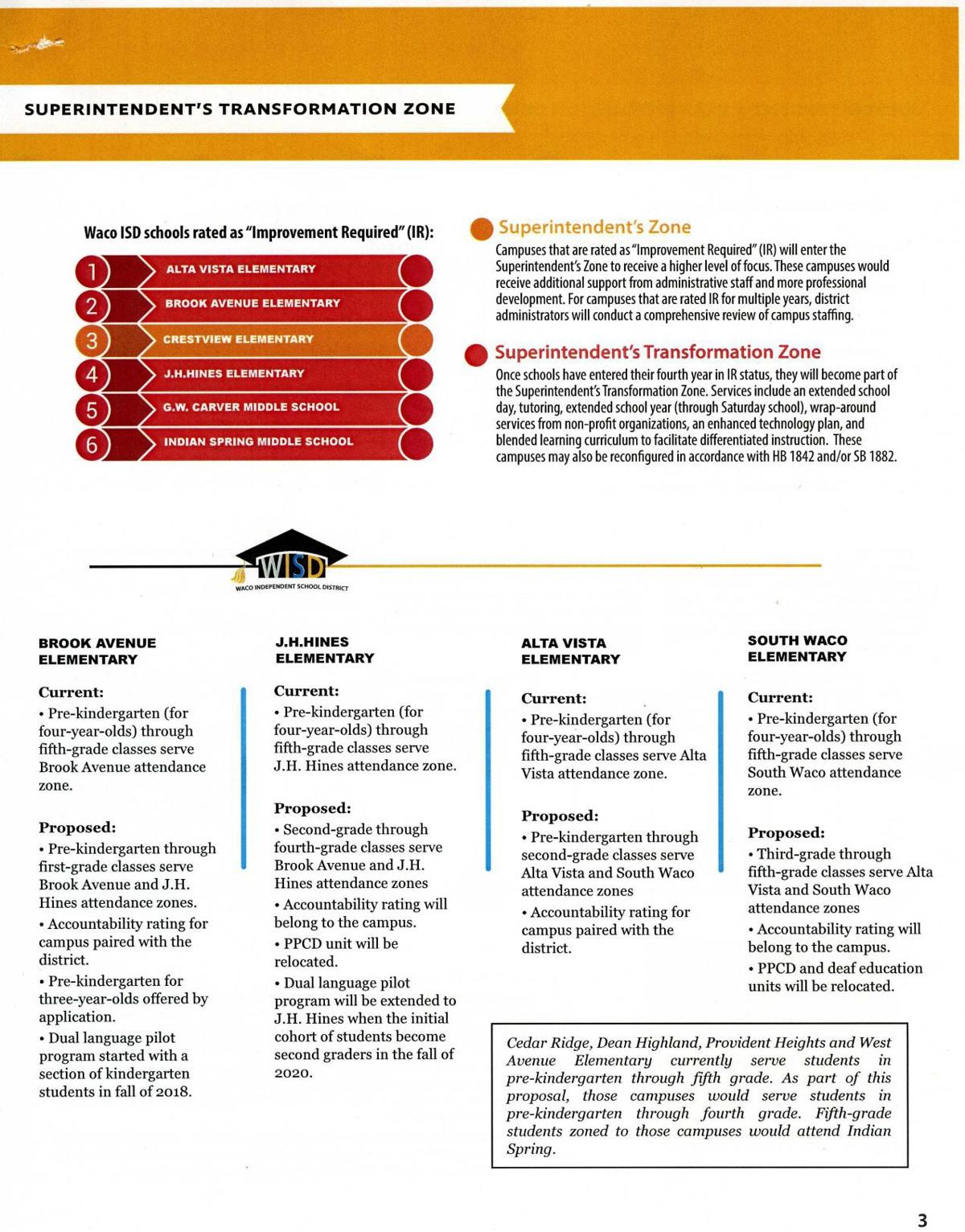 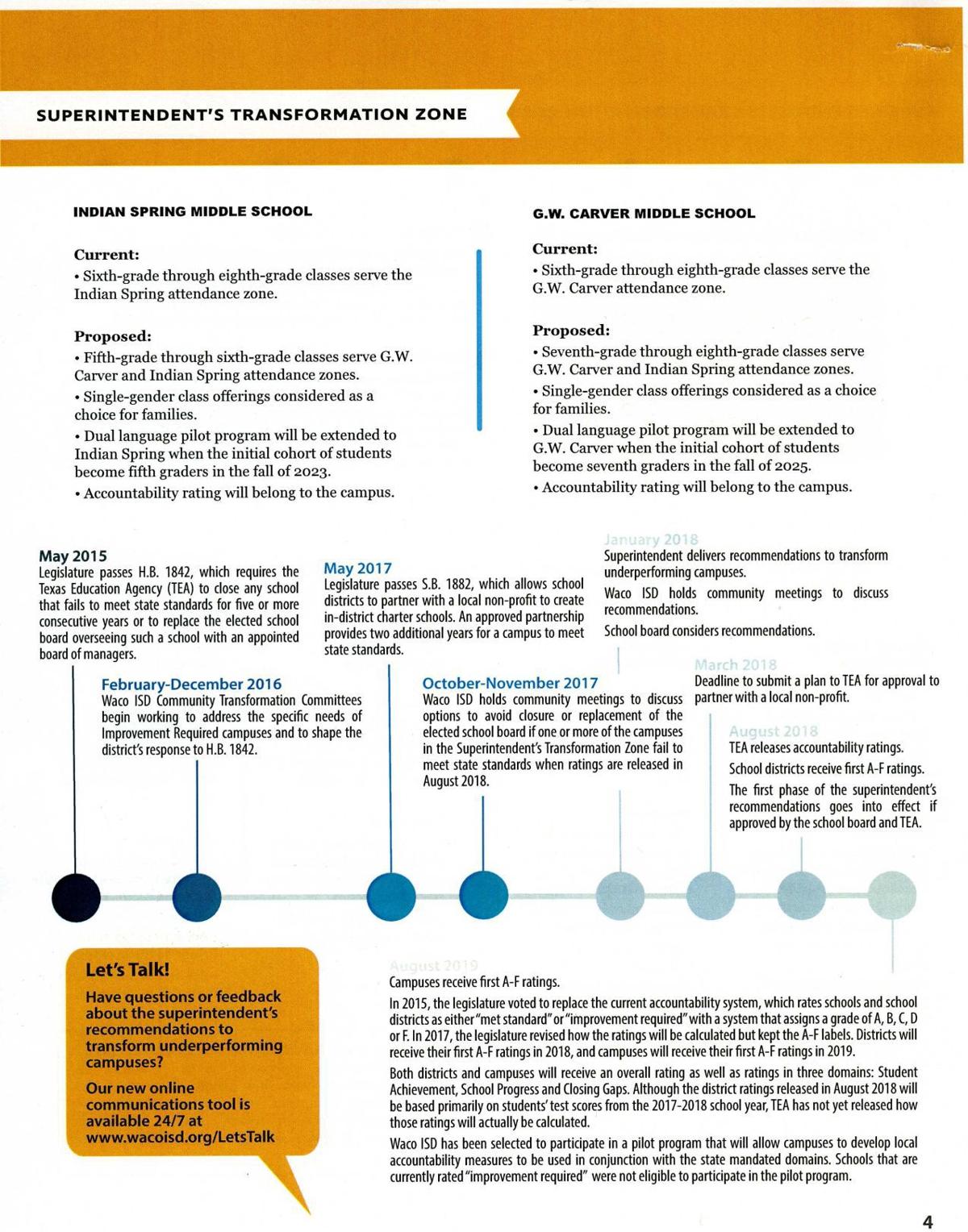 Waco Independent School District trustees have approved an application and contract to build an in-district charter system with Prosper Waco, taking another major step to prevent the state from closing five underperforming schools.

But the approvals Thursday came with dissent from two school board members and two major changes to plans presented to the public in January.

The district has to submit the application to the Texas Education Agency by Monday, and it could hear back as early as May 21, Waco ISD spokesperson Kyle DeBeer. The school board approved the application and contract, each with votes of 5-1-1. Board member Angela Tekell voted “no,” and board member Larry Perez abstained in each vote.

If TEA officials like what they see, the application would grant Waco ISD a two-year reprieve to improve the campuses with help from Prosper Waco.

Each campus has failed to meet state academic standards at least five years in a row, which triggered the state to consider closing them under a law passed in 2015. A more recent law outlines the two-year reprieve the district is seeking.

It is part of a larger initiative involving a districtwide literacy plan and proposed pre-K programs for 3-year-olds. If the schools meet state standards this year, the partnership will not be necessary, DeBeer has said.

The initial proposal published four months ago would have included South Waco Elementary School in the in-district charter and realigned grade levels at the schools. The plan approved Thursday excludes South Waco and the grade realignment.

“I’m not for closing our schools, but I don’t think the plan that’s being presented tonight is in our students’ best interest,” Tekell said. “The solutions to this problem are complex. The answers are not clear cut, and what I find most troubling are the assurances the TEA is asking us to make regarding our relationship with Prosper Waco, how we have come up with a plan and what our plan is going forward.”

If TEA officials do not initially approve the plan, Waco ISD could get more time to provide information the TEA requests, DeBeer said.

But Waco ISD and Prosper Waco officials are confident that the plan will comply with the regulations the TEA finalized in February, he said.

“If for some reason the schools don’t make it and the partnership plan isn’t approved by the TEA, there are some other options out there, but that’s not something we’re focused on right now,” DeBeer said. “We’re focused on making sure our kids are ready for the STAAR test.”

He did not elaborate on the other options.

Waco students have already completed one round of standardized testing and will start another the week of May 10. Final results, which determine whether the schools meet state standards, will be back by August, after the state’s deadline to decide on the partnership.

Plan A is all the campuses pass. Plan B is the partnership, DeBeer said.

As part of the application process, TEA officials required Superintendent A. Marcus Nelson, Waco ISD board President Pat Atkins and Prosper Waco board member Virginia Dupuy to resign their positions from Prosper Waco’s board of directors because of their ties to the Waco ISD board. The action is meant to assure Prosper Waco’s independence in overseeing the five campuses and to avoid any potential conflict of interest.

All three resigned from Prosper Waco’s board Wednesday, as expected, DeBeer said.

“This has been a very complex situation that we’re facing,” board member Allen Sykes said. “It’s apparent the closure of campuses is no one’s goal or objective. Our focus, our goal, along the entire way, has been furthering student outcomes and student achievement. It’s been our highest priority and will continue to be our highest priority. It’s clear there are no guarantees in this process. There are no promises in this process, and we have an opportunity with this model, which is the only one in Texas, to make it work, to make it work in Waco. That to me makes it very promising.”

The TEA also required Prosper Waco to hire a transformation zone officer to oversee leadership and staffing capacity at the five schools. Waco ISD will pay most of the cost of the position through grant funding, DeBeer said. The two partners agreed to appoint Robin McDurham, Waco ISD’s assistant superintendent of student services and family engagement and Waco’s former mayor, as the officer if the schools fail again this year.

McDurham would no longer be on the district’s payroll, and the district most likely would not fill her position, DeBeer said.

The partnership also may eventually include the creation of an entirely new nonprofit to oversee the charter system, local officials have said.

“We want the public to know this is a very unique situation,” Nelson said. “Our passion has just become more fierce that we protect the Waco Independent School District and its future. It’s going to require an enormous amount of heavy lifting from every teacher, every administrator and all the staff that we have. They’ll have to work together and really make sure we put the needs of our children above the needs and the issues of the adults.”

Waco ISD Superintendent A. Marcus Nelson speaks during a January board meeting about the decision to partner with Prosper Waco.