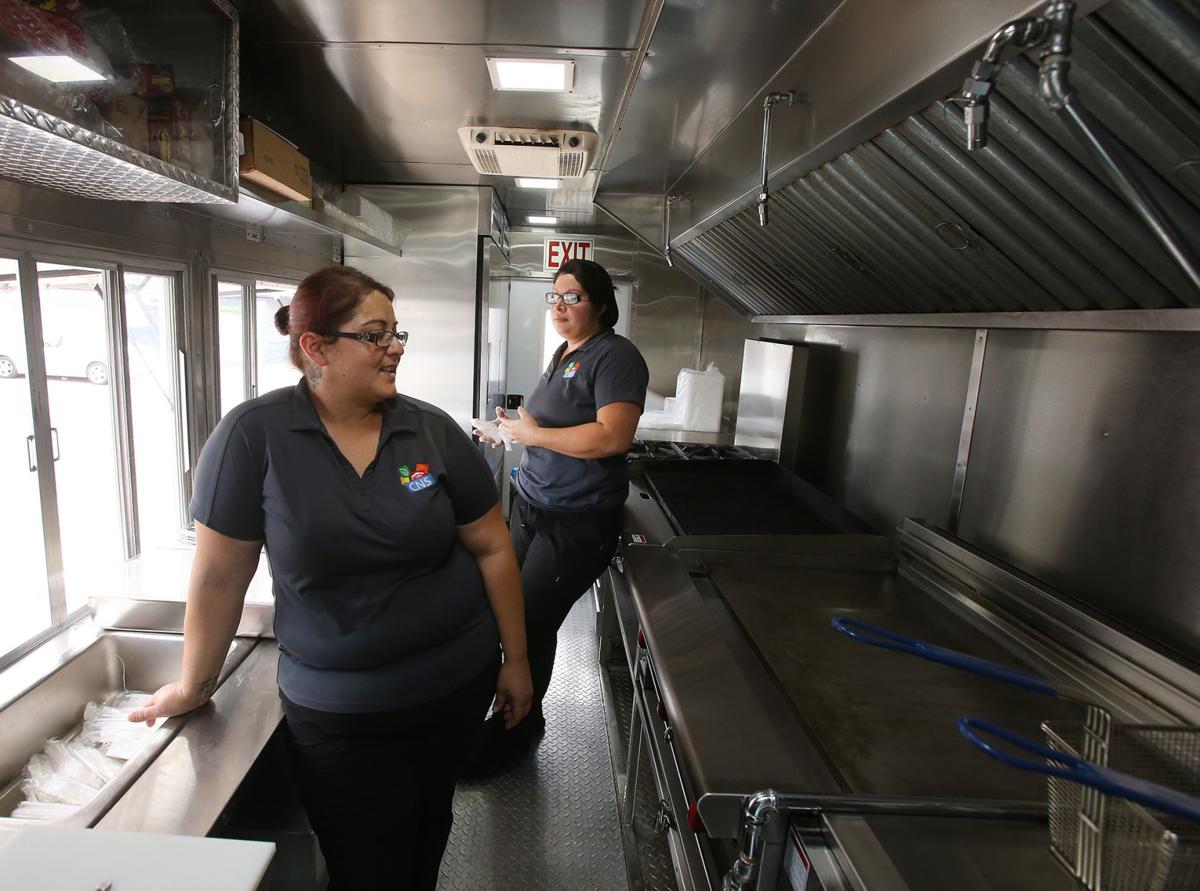 Jennifer Ashley (from left) and Sanchez prepare to serve lunch meals from the WISD food truck. 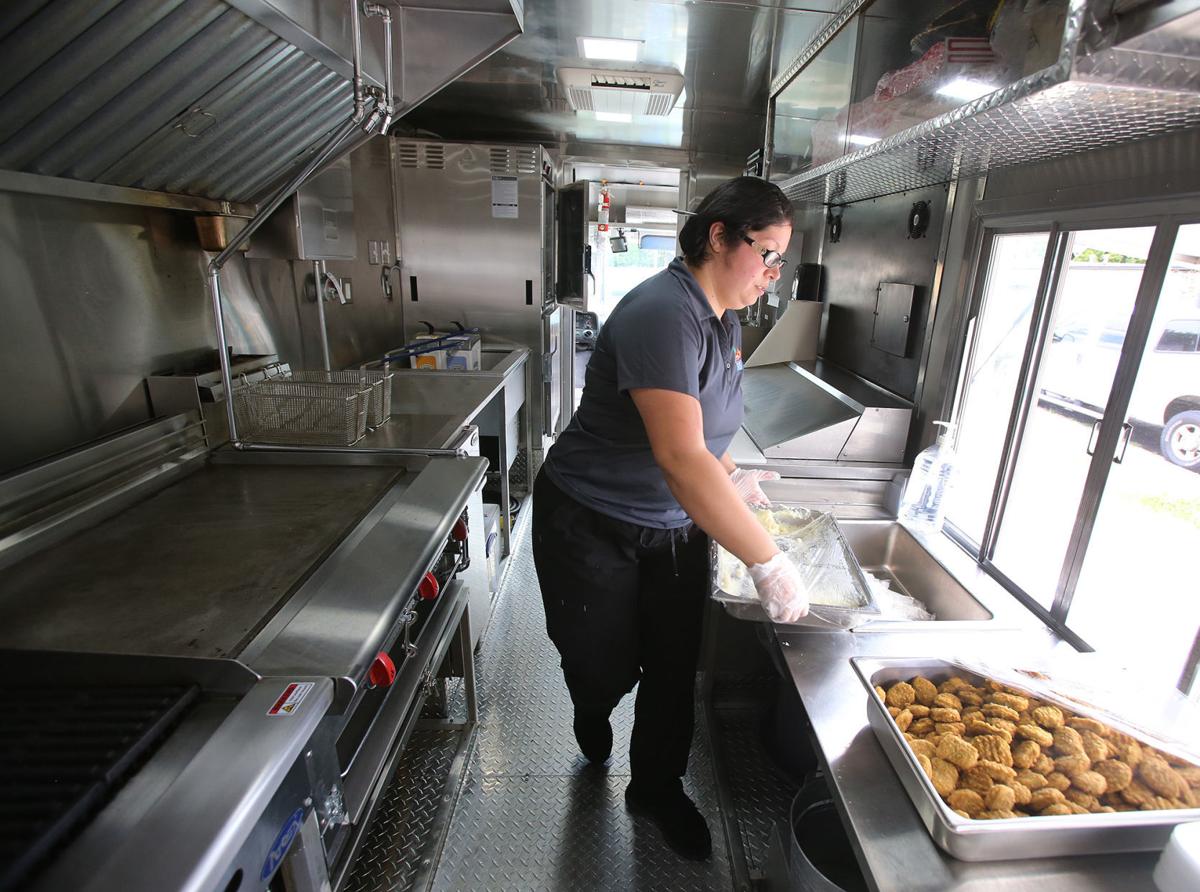 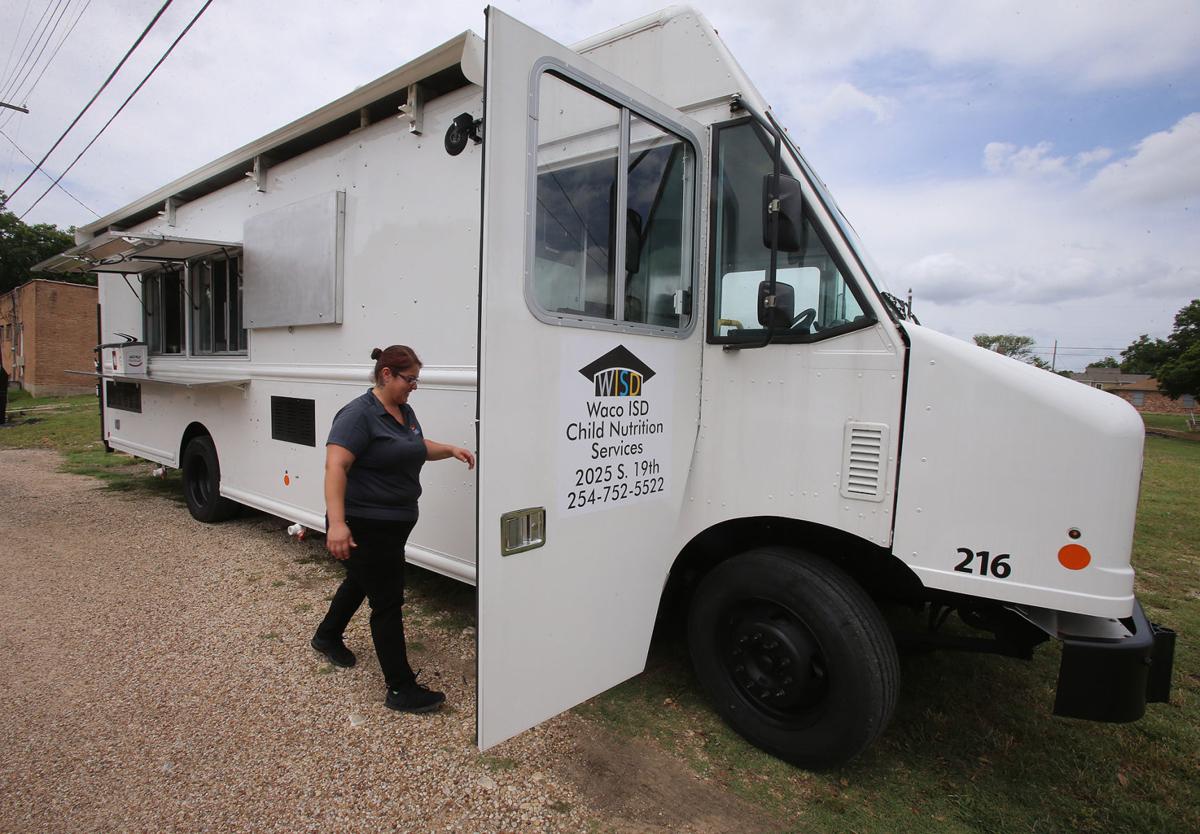 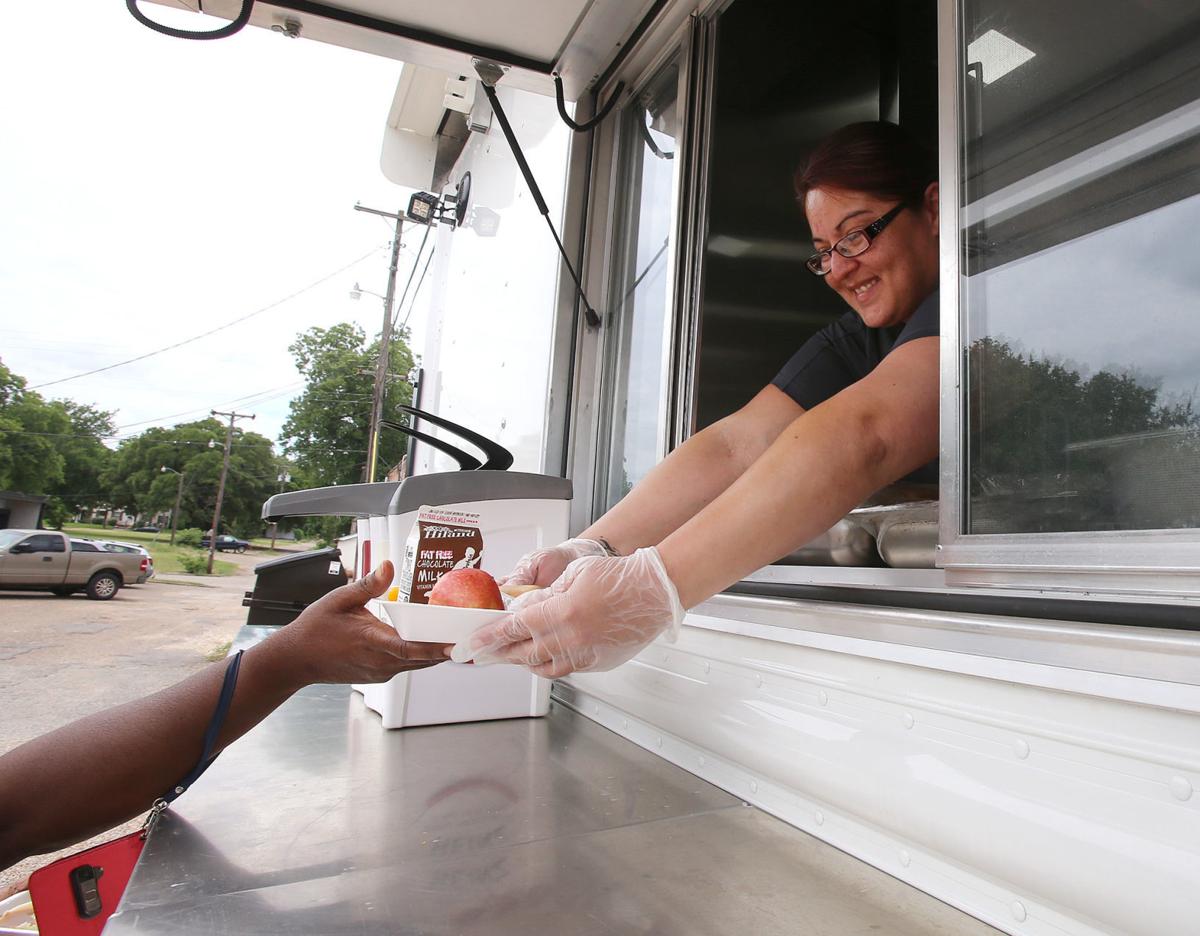 The Waco Independent School District is using a food truck to help serve more free meals to children through its summer meals program, with the possibility of expanding the use of the vehicle throughout the school year.

Through Aug. 14, Waco ISD will serve free breakfast and lunch to any children under age 18 at various sites across the city. No meals will be served July 4.

“We’re using it to give the kids a new experience,” district chef manager Julia Pennington said. “They’ve very excited about it. It’s something new and different that they haven’t seen.”

The district paid roughly $185,000 for the food truck, district spokesman Kyle DeBeer said. The Child Nutrition Services Department paid for the truck out of its own funds, which come from the revenue generated by how many meals it serves. The account is separate from the district’s general fund.

“School districts that are really innovative are trying to find ways to attract kids to summer meal programs,” Nash said. “The food truck is an innovative way to attract students, particularly teenage students.”

Nash said younger children tend to participate in summer or free meal programs at a higher rate than teenagers, and food trucks can help bridge that gap in participation.

“Anytime you can package something that’s familiar into a novel package it’s going to pique older kids’ interests, because it doesn’t feel like standing in a cafeteria line,” Nash said. “It probably feels more adult for teenagers to participate in. I think in a lot of districts the food truck is a way to meet that challenge, and I’m excited Waco ISD has started to use that, as well.”

Denton Independent School District recently converted a retired school bus into a food truck, dubbed Bus Stop Bistro, WFAA in Dallas reported. The district plans to use the bus to serve food across the district and at events throughout the area.

Hendrickson High School in Pflugerville added a taco truck in 2015, the Food Network reported. Called Talon Taco Company in honor of the school mascot, the hawk, the truck offers students an alternative to classic cafeteria food.

Pennington, the Waco ISD chef manager, said staff tries to keep the truck kid-friendly by playing “age-appropriate” music on Pandora on the television screen attached to the truck, which also displays the day’s menu. Additionally, the menu tends to feature creative items like hamburgers with a twist, such as a “Cali burger” served with avocado and bacon.

“The kids love their bacon,” she said with a laugh.

The district first used the food truck at the April 27 Pre-K Registration Round-up Fun Fest, Pennington said. Once the principals saw it, they began requesting its presence at Field Day at the end of the school year. The food truck visited three campuses for Field Day this year and both high schools for one day before the seniors’ last day.

In the future, the food truck may be used more at district events to offer food to attendees and as an educational tool for students interested in the culinary arts, Pennington said. One University High School culinary student is doing an internship this summer by working on the food truck.

“We try to give them a step up and something to add to their résumés,” she said.

Jennifer Ashley (from left) and Sanchez prepare to serve lunch meals from the WISD food truck.