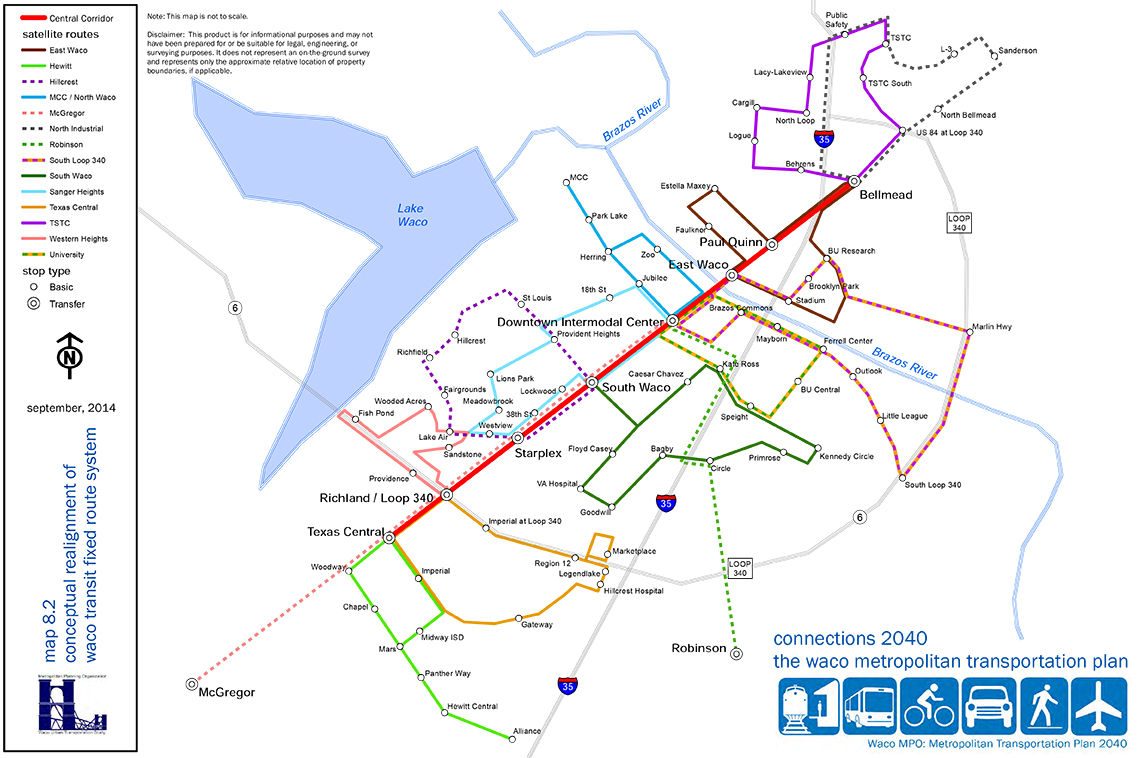 This conceptual map of a new "bus rapid transit" system for the Waco area would focus on a "backbone" line, likely along Franklin Avenue, with express buses crossing Waco from Bellmead to the Woodway/Hewitt area in 15 minutes. Other "circulator" buses would deliver riders to several stations along the backbone, helping to decrease travel times and increase trip frequency. 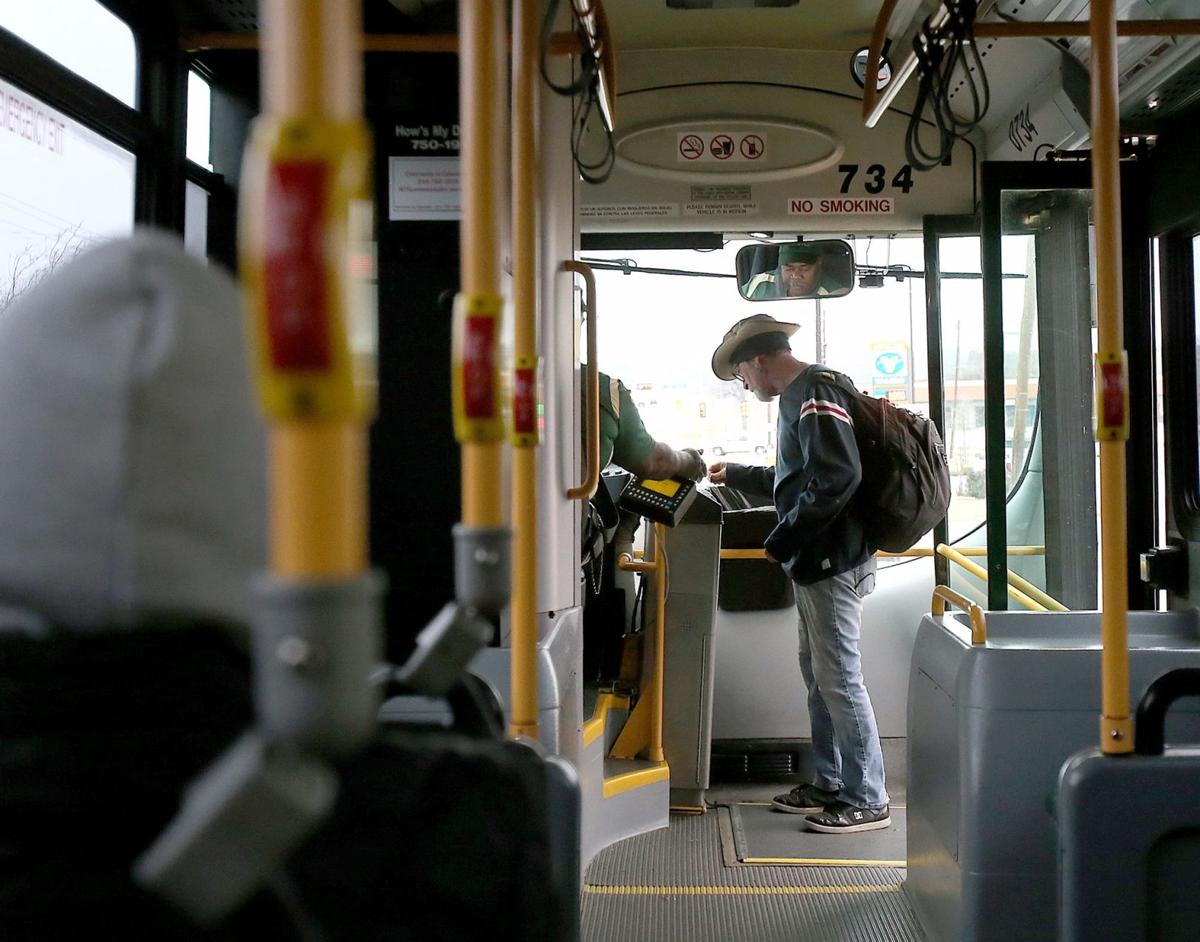 Waco City Council on Tuesday will consider paying a firm $468,000 for a feasibility study for a “bus rapid transit” system that would cut bus travel times in half.

AECOM Technical Services is the staff’s recommended firm to do the 14-month study.

The council will discuss the issue at its 3 p.m. work session and vote at its 6 p.m. business session, both at the Bosque Theatre at Waco Convention Center, 100 Washington Ave.

The bus rapid transit system, or BRT, would create an east-west trunk line of up to 10 miles, probably following Franklin Avenue. Four express buses would be dedicated to that line, arriving every 15 minutes at newly created stations along the route.

Each of the 10 to 14 stations would be served by a neighborhood “circulator” bus that would collect riders and drop them off in time to catch the express bus. That backbone model would reorient Waco Transit from a “hub-and-spoke” system in which all fixed routes begin and end at the South Eighth Street bus station.

Waco Transit general manager John Hendrickson said he expects the system would vastly boost ridership by offering a quick way to get across town without a car.

“I think it will be a catalyst for the community,” he said. “I expect there will be some transit-oriented development around it. It’s an opportunity for people who live in Hewitt to ride to the Baylor game. . . . It will change the whole dynamic of how people travel.”

The BRT system was proposed in a 2013 downtown transportation study by CDM Smith and was included in the Metropolitan Transportation Organization’s Connections 2040 plan.

Hendrickson said he thinks Waco could qualify for federal funds that could pay half of that amount. If it goes forward, Waco would be one of the smallest urban areas in the country to have a bus rapid transit system, he said.

In other business Tuesday, the council will consider a five-year renewal of a special permit for Cenikor, the drug rehab facility at 3008 Herring Ave., as well as special permits for several vacation rental houses.

A common saying holds that dictator Benito Mussolini won favor with Italians by claiming to make the trains run on time. True or not, it point…

The Waco area’s transportation planning agency Tuesday passed a 25-year plan with focus on cycling, sidewalks and transit as well as Interstat…

At 4:15 p.m. on a drizzly New Year’s Eve, DaLayshia Majors, 17, curled up in sideways in a seat on the Route 20 bus parked at Waco Transit’s downtown hub, dressed up with makeup and a cheetah-print hoodie.

GETTING THERE: Maps, analysis of Waco's 2040 transit plan

Waco City Council on Tuesday voted 6-0 to pay $468,000 for a feasibility study paving the way for a “bus rapid transit” system that council me…

This conceptual map of a new "bus rapid transit" system for the Waco area would focus on a "backbone" line, likely along Franklin Avenue, with express buses crossing Waco from Bellmead to the Woodway/Hewitt area in 15 minutes. Other "circulator" buses would deliver riders to several stations along the backbone, helping to decrease travel times and increase trip frequency.