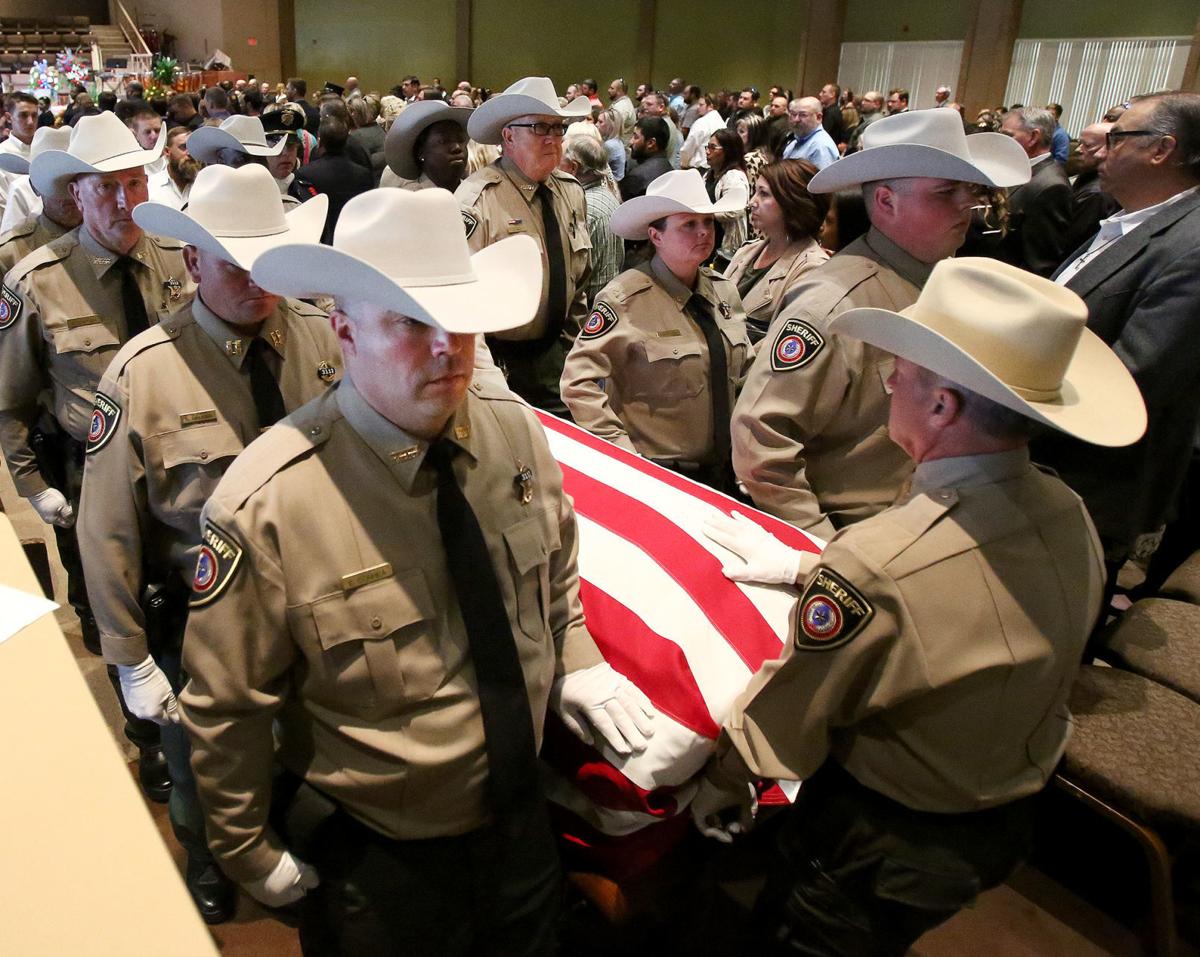 The Falls County Sheriff’s Office Honor Guard escorts the casket of Falls County Deputy Matt Jones out of First Woodway Baptist Church on Friday after a memorial service for the fallen officer. 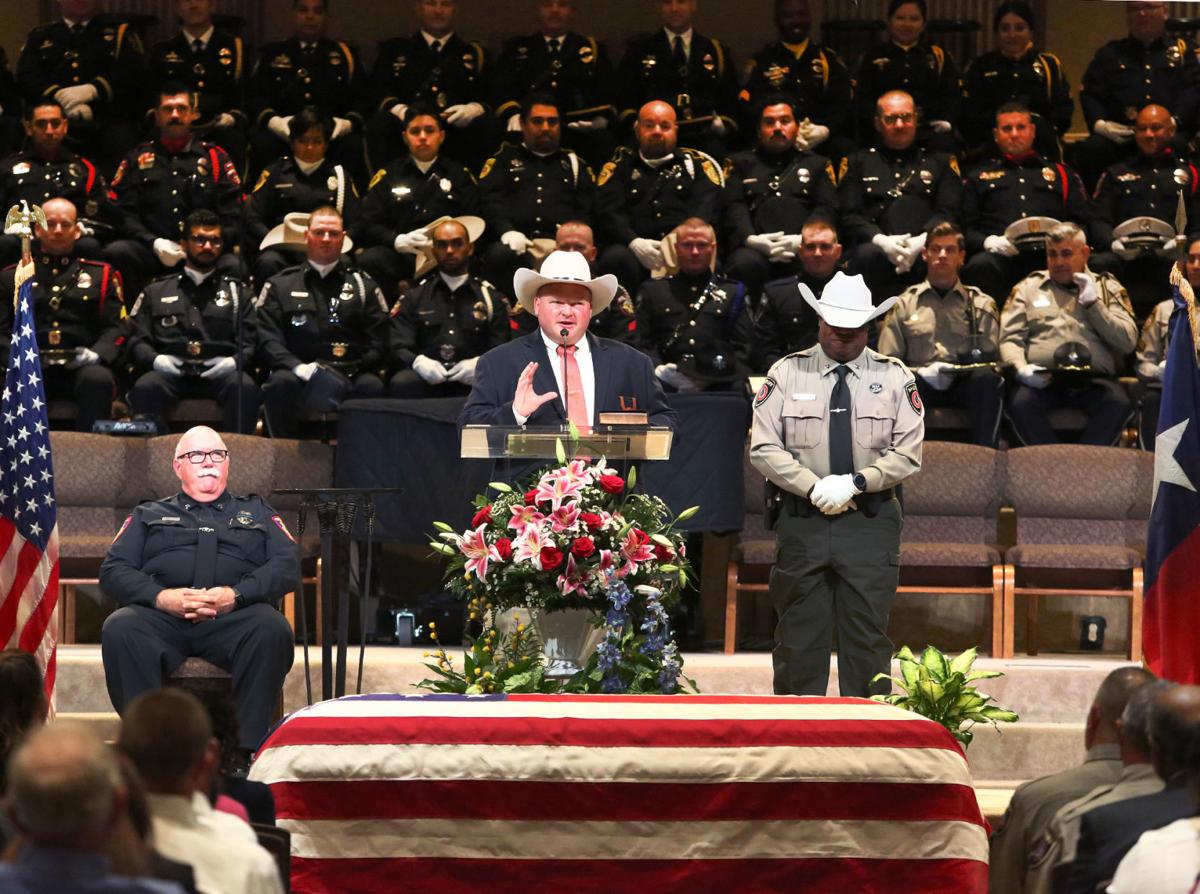 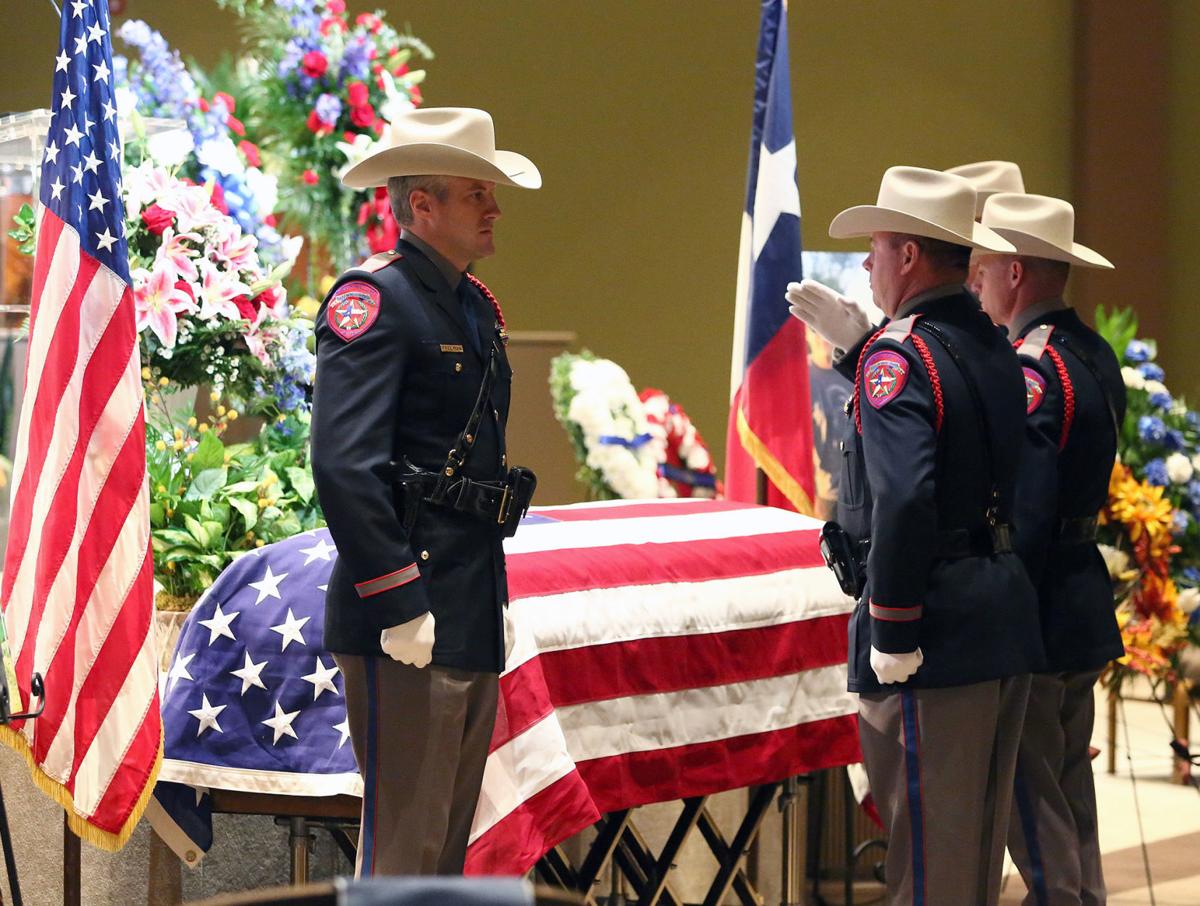 “Rest easy, my friend. You served us well. Now it’s our turn. We will take it from here,” Scaman said, fighting back tears.

A crowd of 1,400 people in First Woodway Baptist Church listened to fond memories, jovial encounters and stories about Jones’ dedication to the people of Falls County during his four years on the job.

Jones died last week at the age of 30 while assisting a motorist on the side of northbound Highway 6, near Falls County Road 190. A car hydroplaned off a wet roadway, striking him and Riesel Police Chief Danny Krumnow, who was seriously injured.

Waco police officers attended the service with their service dogs. Each dog let out a bark to show support for Jones’ police dog, Thor, who was not injured in the fatal crash last week.

Representatives of law enforcement agencies from across the state and members of the Texas Department of Public Safety Honor Guard also paid respects to Jones.

Although he had only briefly met Jones, Lorena Police Chief Tom Dickson said he has known Scaman for 14 years. He said Lorena officers worked in Falls County the Sunday after Jones’ death, and he wanted to attend the funeral to support his longtime friend.

“We’ve not only known Sheriff Scaman, but we know the deputies over in Falls County,” Dickson said. “This is something that every chief or agency head constantly worries about — one of your officers getting hurt or killed, and the thought is something you wake up with and go to bed thinking about.”

After the memorial, mourners followed Deputy Jones’ body to Gerald Cemetery, about 16 miles north of Waco, for graveside services. Officers gave a 21-gun salute, played taps, and made a last call to Jones over a loudspeaker.

A helicopter flyover accompanied bagpipes playing “Amazing Grace,” and a lone bagpiper walked off to close the ceremony.

“This is something you never want to happen,” Dickson said. “It is certainly not pleasant, but these men and women go to work every day to help.”

The Riesel chief, meanwhile, remains hospitalized. Krumnow suffered several broken ribs, a dislocated knee and a lacerated spleen, which was removed the night of the crash.

His condition is beginning to stabilize, and doctors anticipate being able to perform surgery on his ribs Saturday, Riesel police Sgt. Ryan Dieterich said.

The department and Krumnow family appreciate the community’s support and prayers for the chief, Dieterich said.

“This will be an uphill battle which he will prevail,” he said.

Sitting at his home waiting for his body to heal, Riesel Police Chief Danny Krumnow replays in his mind that split second when he grabbed Fall…

As Riesel Police Chief Danny Krumnow struggled Monday to recover from his injuries from a serious wreck, the family of Falls County Deputy Mat…

Every time it rained, he listened for the frightening, tell-tale sounds of another car hydroplaning and skidding off of “Dead Man’s Curve.”

The Falls County Sheriff’s Office Honor Guard escorts the casket of Falls County Deputy Matt Jones out of First Woodway Baptist Church on Friday after a memorial service for the fallen officer. 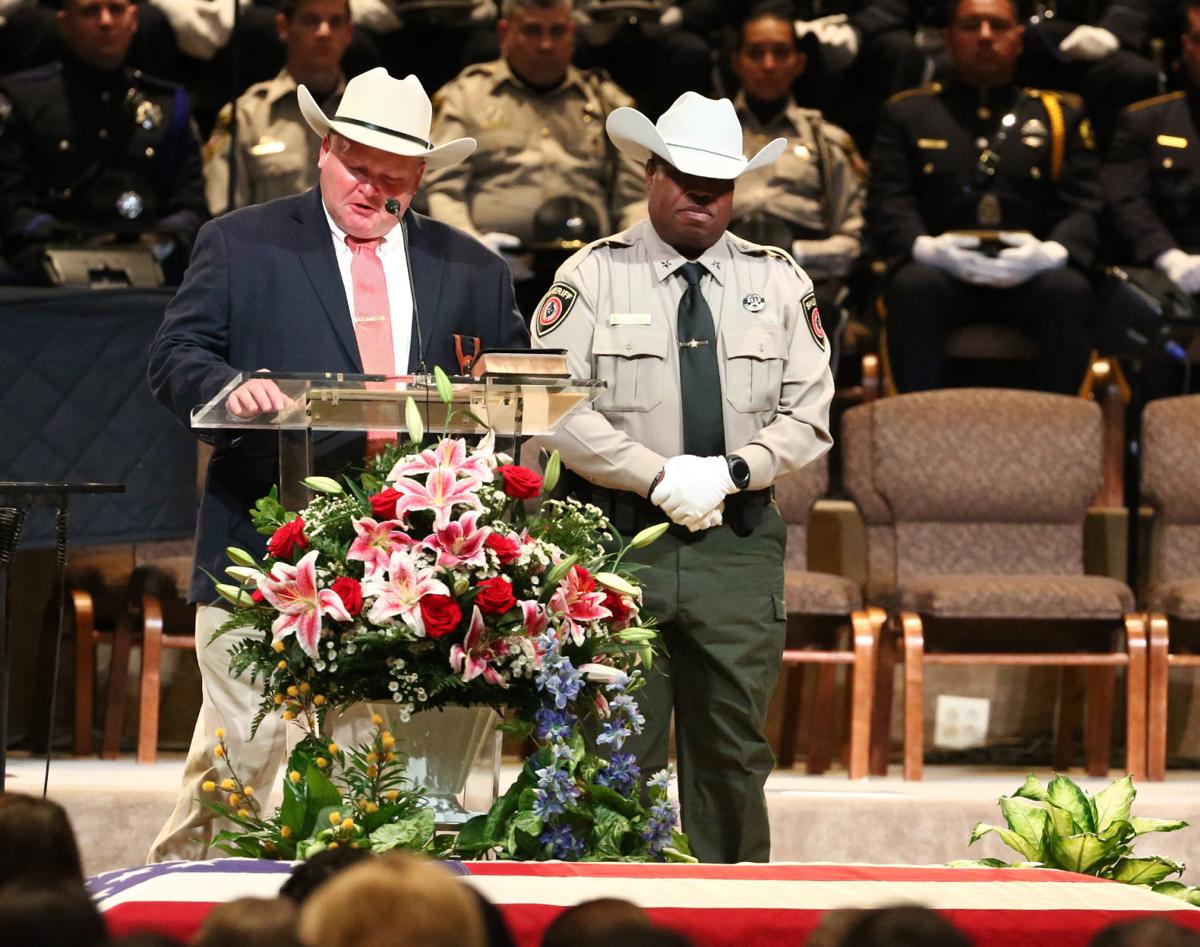 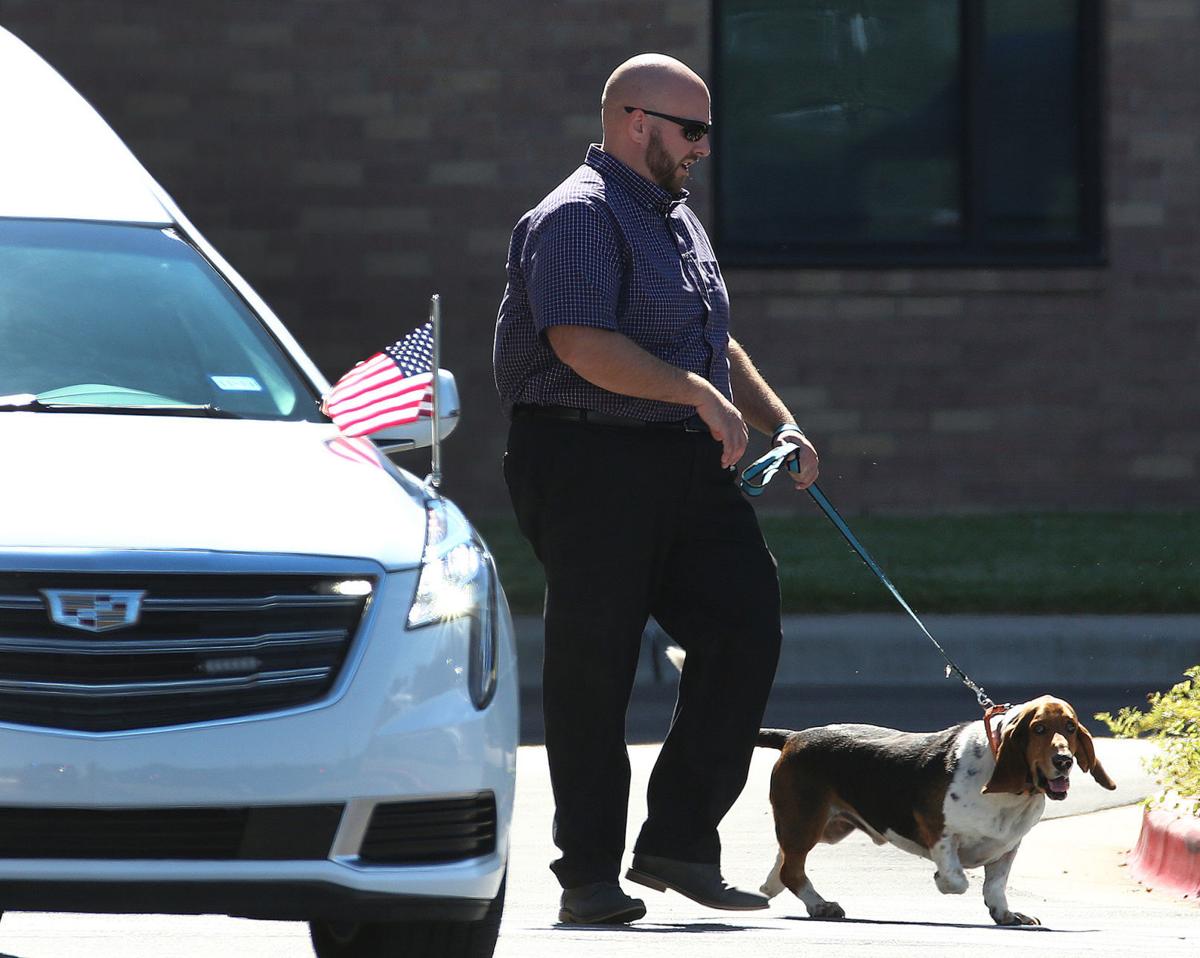 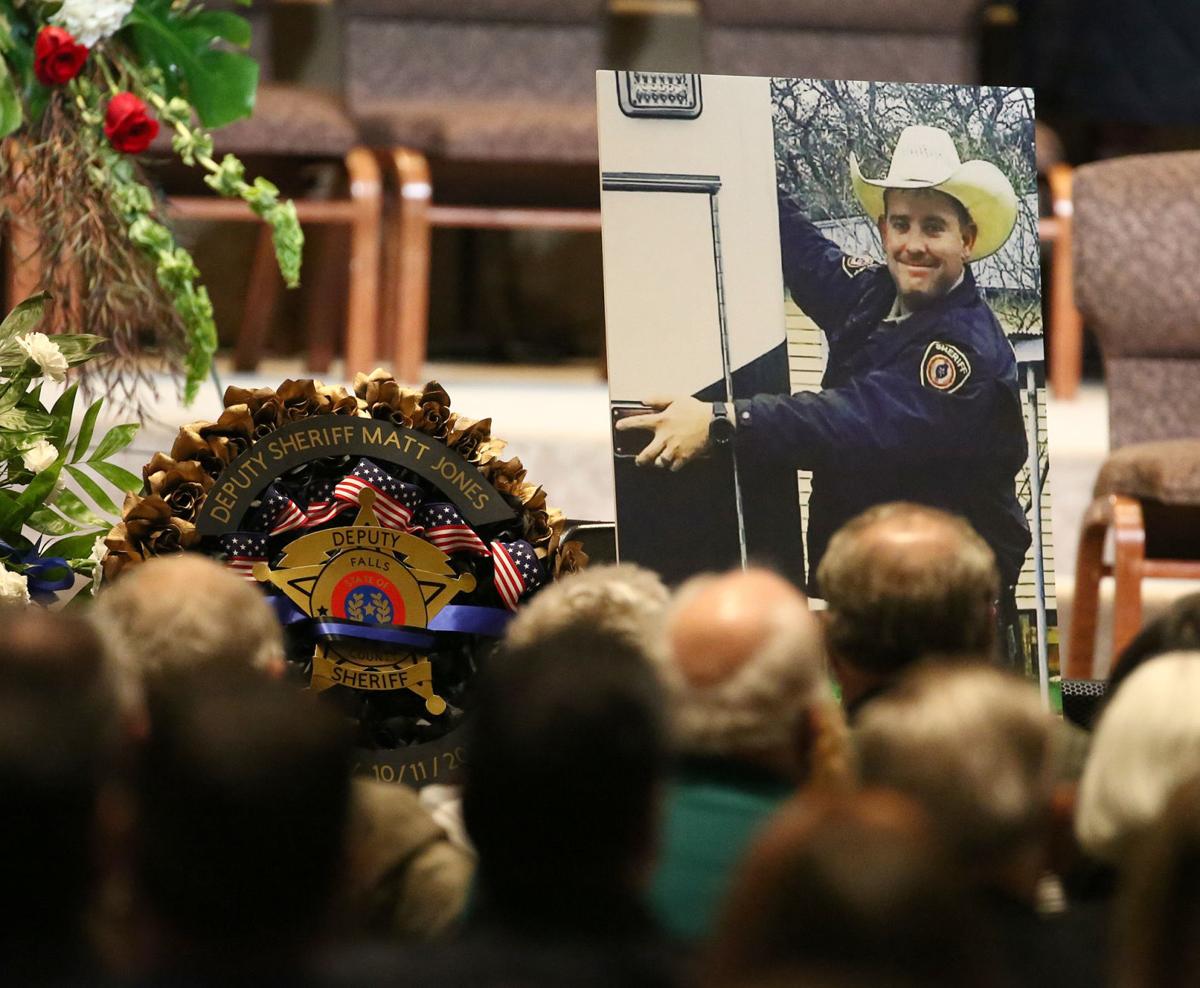 A photo of Deputy Matt Jones, his wife’s favorite according to a law enforcement official, looks over the crowd of 1,400 gathered for his memorial service Friday at First Woodway Baptist Church. 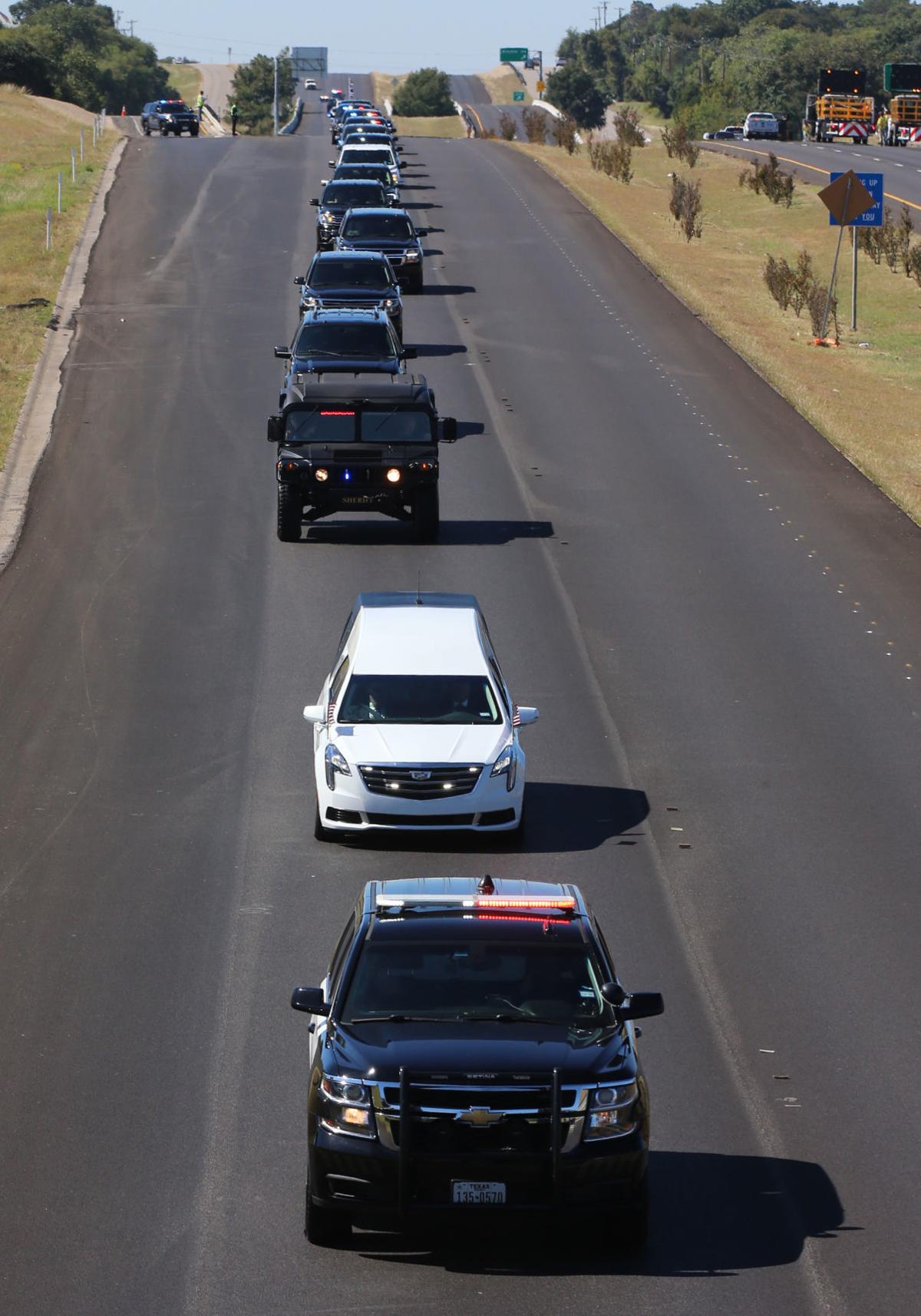 A white hearse carrying the body of Falls County Sheriff's Office Deputy Matt Jones is led down Highway 84 in Woodway after a memorial service Friday for the fallen deputy. Jones died in the line of duty last week. 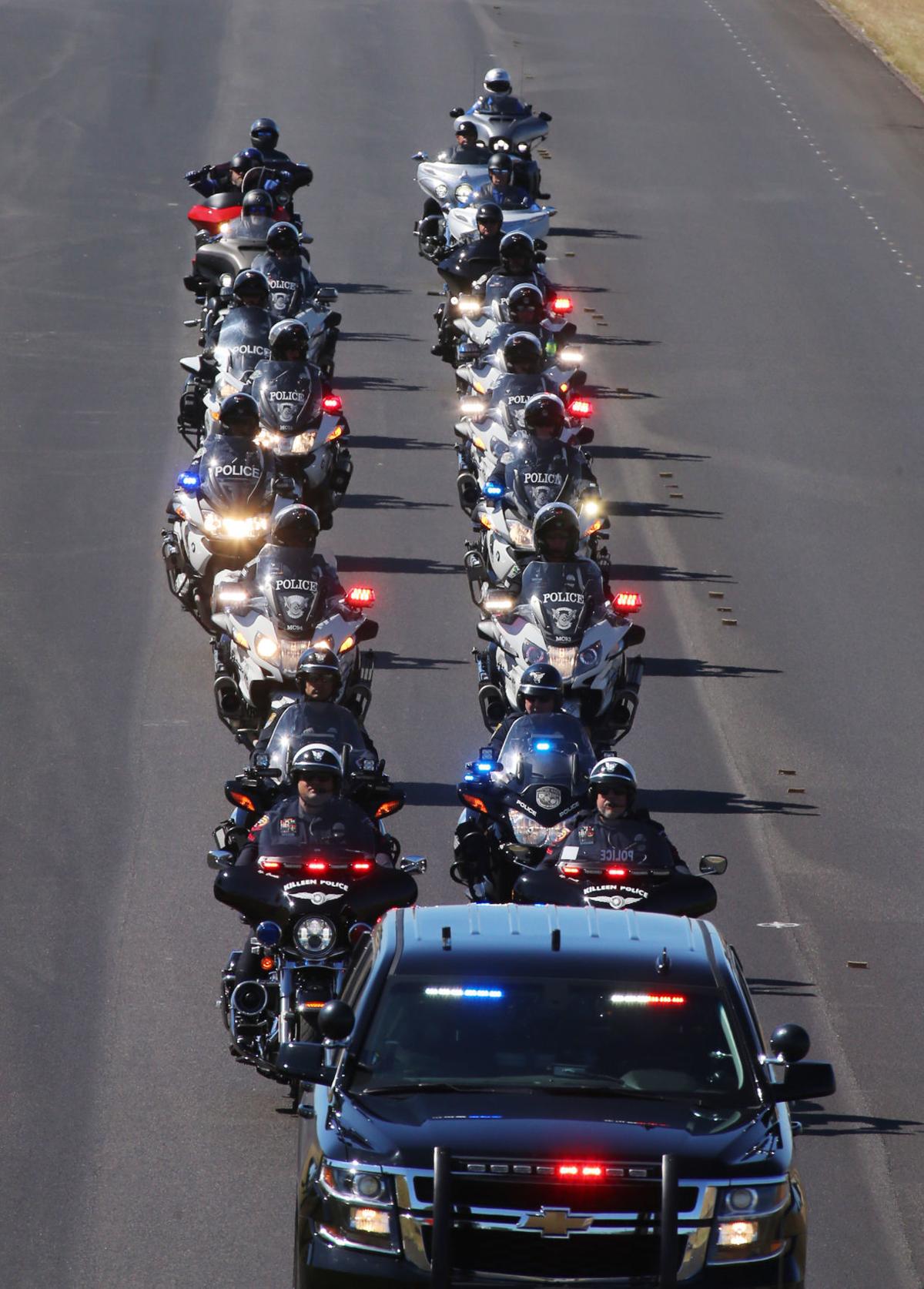