As the city of Waco continues to pursue a landfill near the intersection of TK Parkway and State Highway 31, legal and regulatory challenges loom in the coming months.

If those potential roadblocks prove fatal to the plan, the city will recommit to its original proposal to place the landfill adjacent to the active one on Old Lorena Road, Waco Mayor Kyle Deaver said. The city has moved further in the permitting process for the TK Parkway site, but Deaver’s statement is the first time a city official has directly acknowledged the site is now the city’s first choice over the Old Lorena Road site.

The city has spent about $5.4 million to buy 1,290 acres off TK Parkway extending into parts of McLennan, Limestone and Hill counties. Residents of the area have opposed the plan since it was announced last summer, arguing that a landfill would disrupt the way of life in their rural communities.

In Axtell, an organized group of opponents has hired the Austin-based environmental law firm, Frederick, Perales, Allmon & Rockwell. The Axtell group is hosting a fundraiser March 23 at Elk Hall in Axtell to help cover its legal fees.

Lauren Ice, an attorney at the firm, said preliminary documents the city of Waco has submitted to state environmental regulators do not yet outline its most technical objectives required in later documents. Still, the city has not allowed people close to the proposed site a chance to address basic land-use compatibility issues, Ice said.

“Unfortunately, what we’ve seen is that applicants have been abusing this process by actually passing local officials, putting in, really, a half-baked parts one and parts two of this application as a way to get their foot in the door before they have to coordinate with local officials,” Ice said. “So that’s what we’re seeing here, which, in essence, leaves the landowners and the local community with no other option but to go through the contested case hearing process.”

A contested case hearing before the Texas Commission on Environmental Quality is a procedure similar to a civil trial. The outcome would guide TCEQ as it looks to settle conflicting opinions.

“We have to be prepared for that,” Deaver said.

The city also faces a lawsuit filed by opponents of the proposal for Old Lorena Road. The suit is pending in Waco’s 10th Court of Appeals.

Waco attorney Billy Davis, who represents the plaintiff group known as the Citizens to Save Lake Waco, said the city’s pursuit of the landfill near Axtell does not affect his case. The plaintiffs say the city would run afoul of a 1992 lawsuit settlement that prevents it from expanding the current landfill.

City officials have said there is no plan to expand the current landfill, but to build a new one next to it. The Waco Regional Landfill is expected to reach capacity in 2024, and even an uncontested permitting process for a landfill generally takes years.

Ice said her clients are “absolutely sympathetic” to the cause of the Highway 84 residents.

“This speaks to the universal belief that no single community should shoulder the entire burden of an entire city’s waste,” she said. “Waco’s heavy-handed efforts in Axtell and at its own site are an unacceptable way of dealing with its own failure to plan.”

The site near Axtell is in the district of state Rep. Kyle Kacal, R-College Station, who has requested a public meeting with TCEQ regarding the city’s permit application. The date for that meeting has not been set.

A veteran of the House Committee on Environmental Regulation, Kacal said he supports his constituents who have spoken out against the city’s plan.

“I have faith in the way the TCEQ process works and our relationship with individuals involved in the hearings,” Kacal said. “And the regulations we’ve built over the last eight years are solid, so we will make sure everybody’s voice is heard and we do what’s right.”

The district of state Sen. Charles Schwertner, R-Georgetown, is also included in the plan. He is vehemently opposed to it.

“I think the city of Waco should be able to find a place for a landfill in their own county,” Schwertner said in a statement. “I’m hearing from a lot of citizens opposed to this and glad local governments are taking steps to oppose this endeavor.”

Leaders in Limestone and Hill Counties have passed resolutions opposing the landfill, though it appears they would have no formal authority to stop it on their own.

And state Sen. Brian Birdwell, R-Granbury, said he has been keeping a watchful eye over the landfill plans since they were announced.

“TCEQ is currently reviewing the application, and I expect the agency to conduct a rigorous and thorough evaluation at all stages in the process,” Birdwell said in a statement. “I encourage anyone with questions or concerns about the landfill to fully participate in this process, which includes an opportunity to submit comments on the proposed landfill, and, if citizens deem it necessary, the ability to request a contested case hearing. I will continue to monitor the situation as the process unfolds.”

City leaders have said from the outset they will take special steps so that a landfill would not impose on the daily lives of nearby residents.

A key sticking point in the plans is the proximity of TK Cemetery, which holds about 200 plots. Since August, the plans have included a 125-foot buffer between the cemetery and one of the two cells where garbage would be buried.

“It’s just pretty disrespectful,” said Lacy Hollingsworth, an Axtell Independent School District administrator who has served as a spokeswoman for opponents of the plan.

Deaver said he also believes the current designs would bring landfill activity too close to the cemetery and that he wants a larger buffer from the cemetery.

The safety of intersections leading to the landfill site have also been explored throughout the process. In December, an engineering firm told the city improvements should include a structural overlay on the two-lane road, eight-foot shoulders on both sides of the road and a southbound left-turn lane for vehicles entering the facility.

Deaver said no council action is required for the city to continue the pursuit of the landfill.

Monthly garbage rates for Waco residents would ncrease from $14.20 to $14.79 with a landfill adjacent to its current one. With a landfill at the Axtell site, rates would increase to $17.43, the council learned last year. It would also cost almost $2 million more in infrastructure and another $2.4 million more in annual hauling costs.

Hollingsworth said Waco residents have appeared indifferent to the issue, but they start to form more of an opinion when presented with the details.

Editor’s note: Today the Tribune-Herald continues its countdown of 10 of the most memorable and significant stories we’ve covered in 2018.

Sudanese man in NYC unable to talk to family 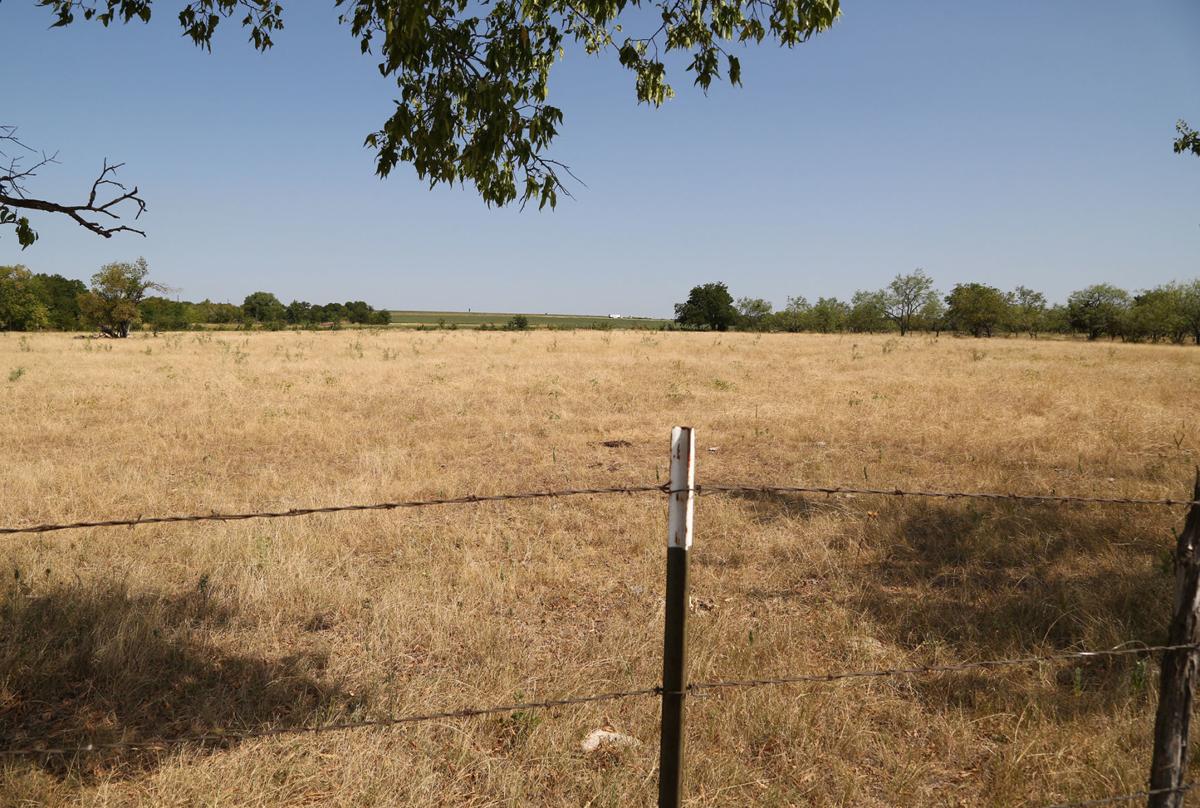 The city of Waco is preparing for legal and regulatory challenges to its plan to place a landfill near Axtell. 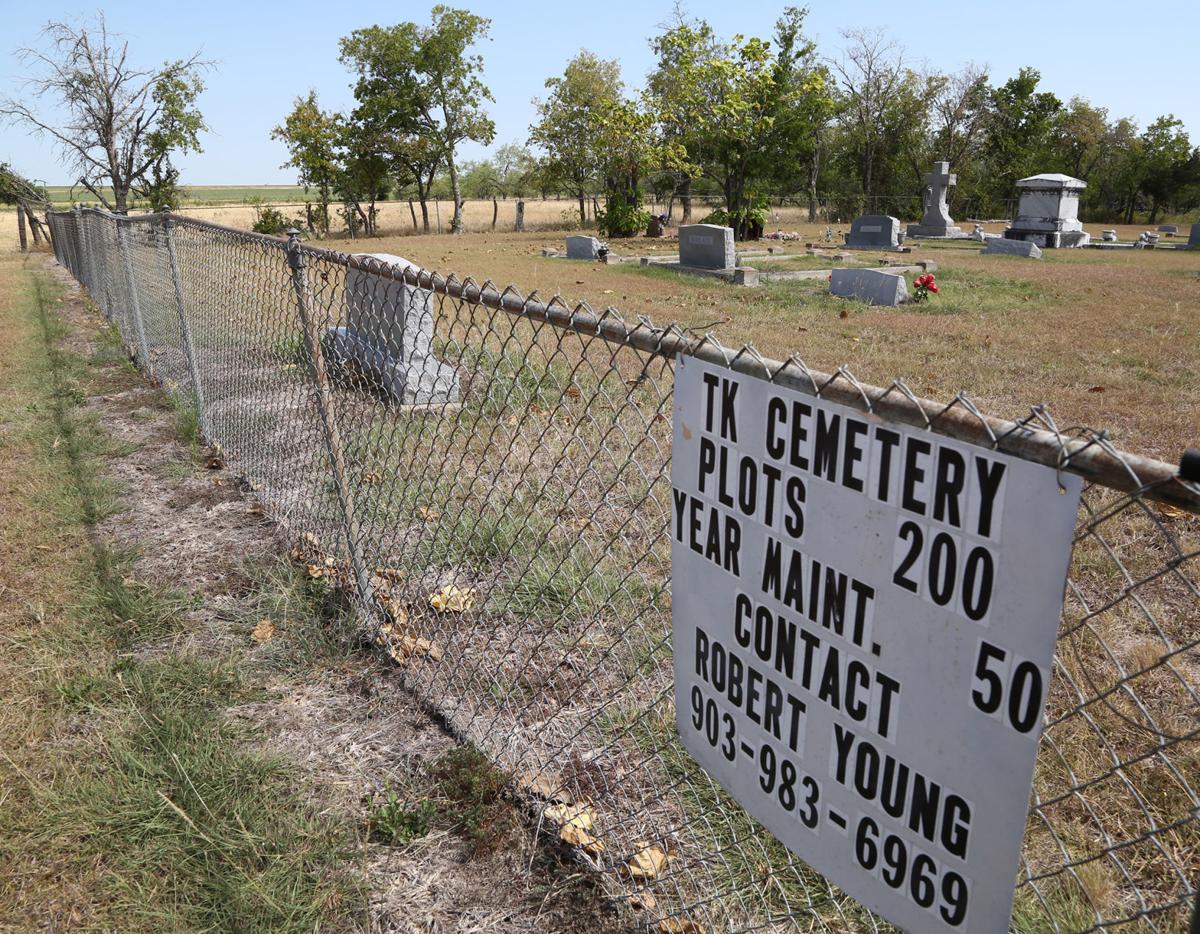 The city of Waco has settled with the association that maintains the TK Cemetery, which neighbors a proposed city landfill.