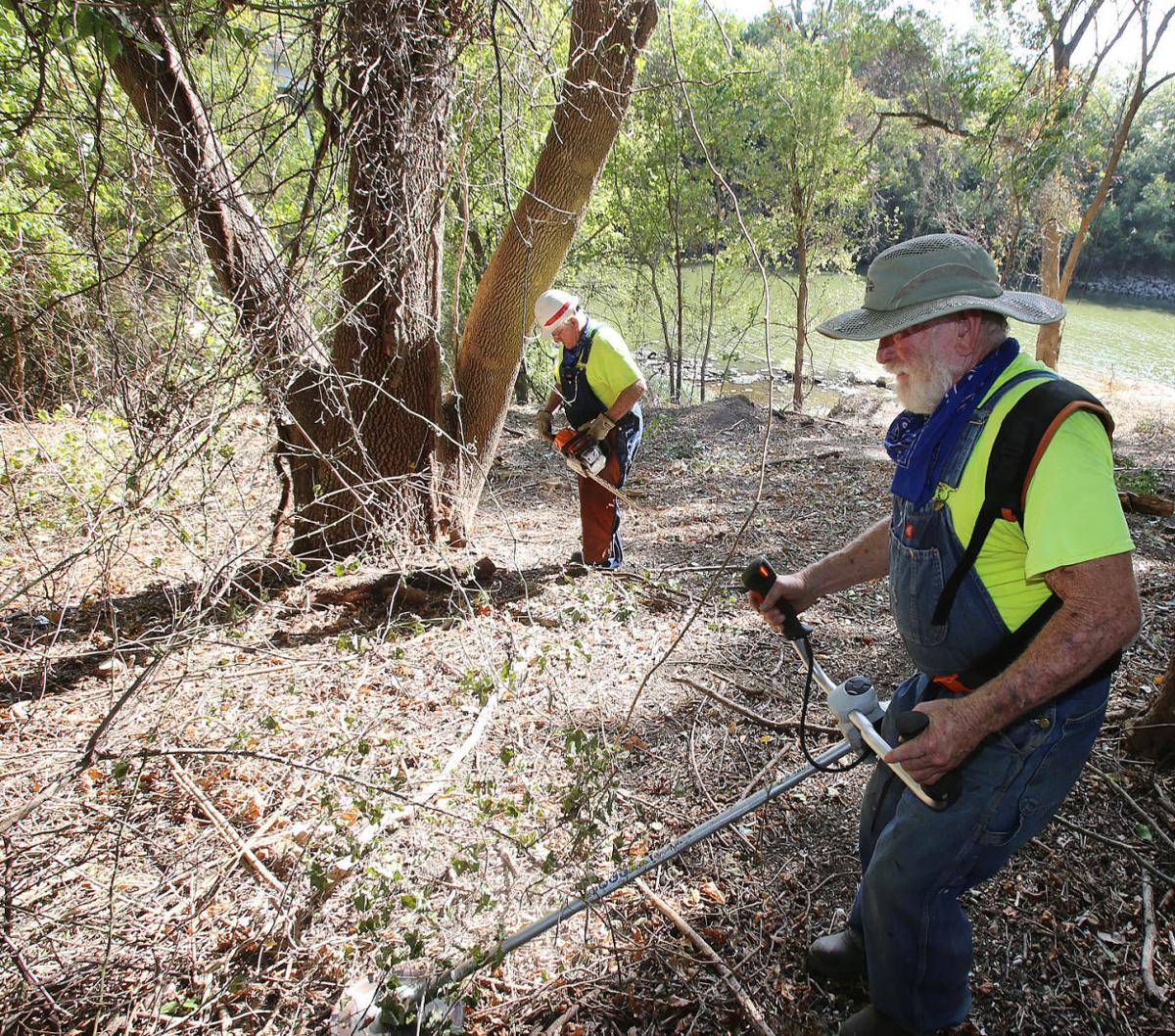 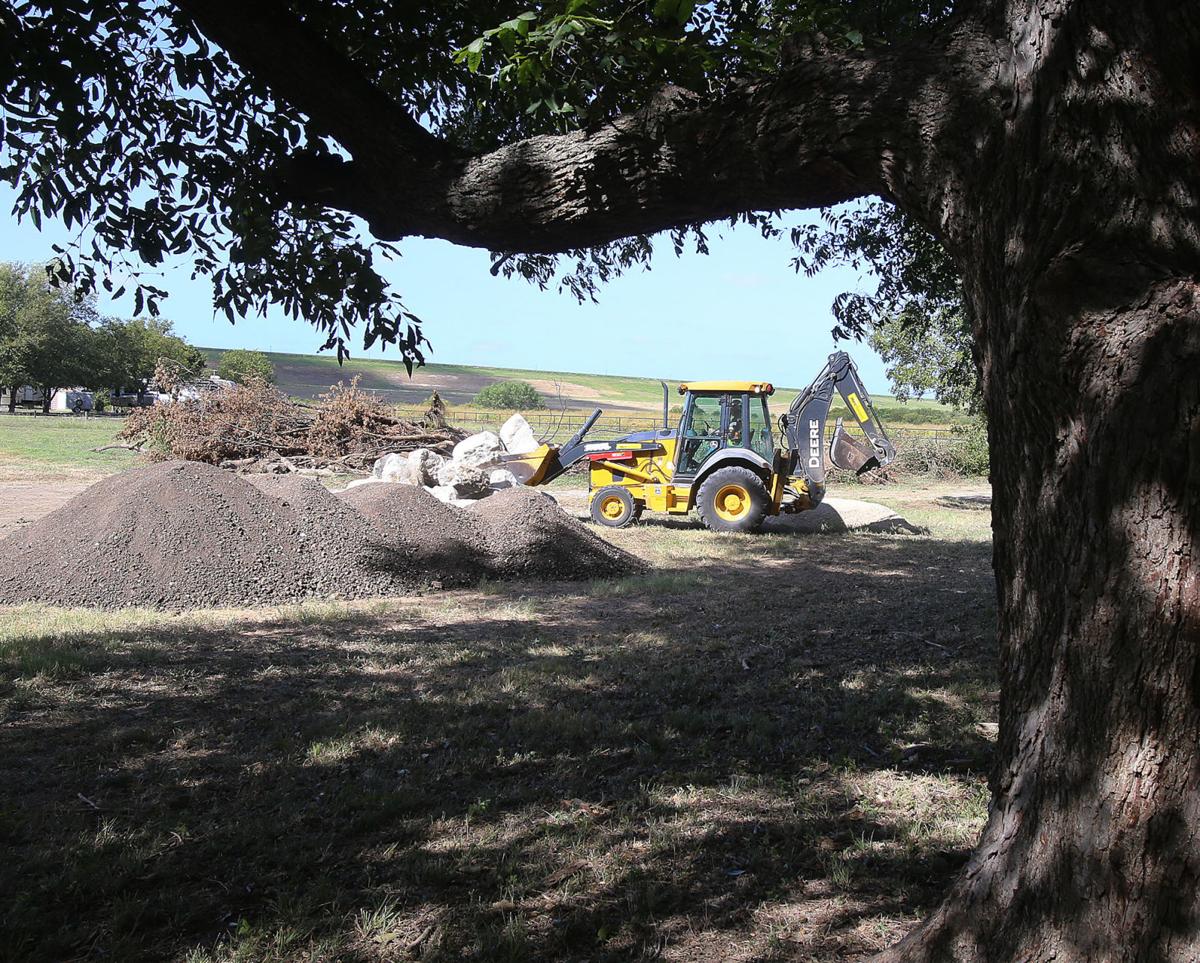 Work continues on the new boat launch at Bosque Park.

Bosque Park isn’t widely known beyond the anglers who line the channel below the spillway of Lake Waco when the dam is releasing water.

But a project now underway is intended to make it a paddling destination.

The U.S. Army Corps of Engineers is working with other agencies and volunteers to create a gravel launching point for kayaks and canoes just downstream of the fishing area at the park, 4200 Airport Road.

The launching facility will allow paddlers to explore a scenic stretch of the Bosque River, which winds down to Riverbend Park, McLennan Community College and Cameron Park. The access point is expected to open late this fall.

“There’s no other access down the river until you get to MCC, over two miles as the river goes,” said Mike Champagne, Lake Waco’s lead ranger for the Corps, standing at the shady launch site.

“It’s really exciting. We spend most of our time trying to repair facilities, so being able to build something new, having a free access point to the river is exciting. It’s the kind of thing we enjoy doing.”

The Lake Waco office got $20,000 in a “handshake partnership” with the regional Corps office, to be spent on this launch and another future boat ramp at the Middle Bosque Wildlife Management Area across the lake.

The Corps is partnering with local the Texas Parks and Wildlife Department office, which brought $10,000 in funding for rocks and gravel, while the city of Waco arranged to haul the materials.

Keep Waco Beautiful is pitching in $8,000 for picnic tables and trash cans, which will be installed during a volunteer workday Saturday from 9 a.m. to 1 p.m.

Jonathan Cook, interim parks director for the city of Waco, said the partners were able to work together to deliver an important project with a modest price.

“It’s one of those low-impact projects with big results,” he said.

Cook said the city is working with state officials to extend its official paddling trail from the MCC area up to the lake dam. The paddling trail is shown on state park maps and is marked by signs. But the paddling trail needed an endpoint where boaters could launch or get out, he said.

Diane Massey, president of the Waco Paddle Club, said she expects the improvements will encourage more people to get out on the river.

“The park is beautiful,” she said. “I know fishermen really use it at the spillway. I think the park is really going to blossom once we get this done.”

Until a few weeks ago, the future launch ramp was a thicket of greenbrier, poison ivy and other undergrowth. Lake Waco live-in volunteers Bob Wall and Larry Slagel have put in a combined 80 hours clearing it with power equipment and elbow grease, leaving a pleasant stand of pecan, ash, elm and hackberry trees in place to shade the site.

The two men were resting for a few minutes Monday on the tailgate of a small truck, wearing Dickies overalls and matching blue bandannas.

“We’re Vietnam veterans, and we got to watch each other’s back,” Wall said. “We don’t know what we’d be doing, really.”

The work keeps them busy about four hours a day, but it’s a labor of love.

“I can look back over there and say, ‘Man, that looks pretty good,’ “ Slagel said.

Champagne said the two men have received awards from the Corps for their volunteer work, and they have been indispensable to this project.

“Everybody needs a Bob and Larry,” he said.

Here's how many astronauts NASA selects from more than 12,000 applicants

Here's how many astronauts NASA selects from more than 12,000 applicants 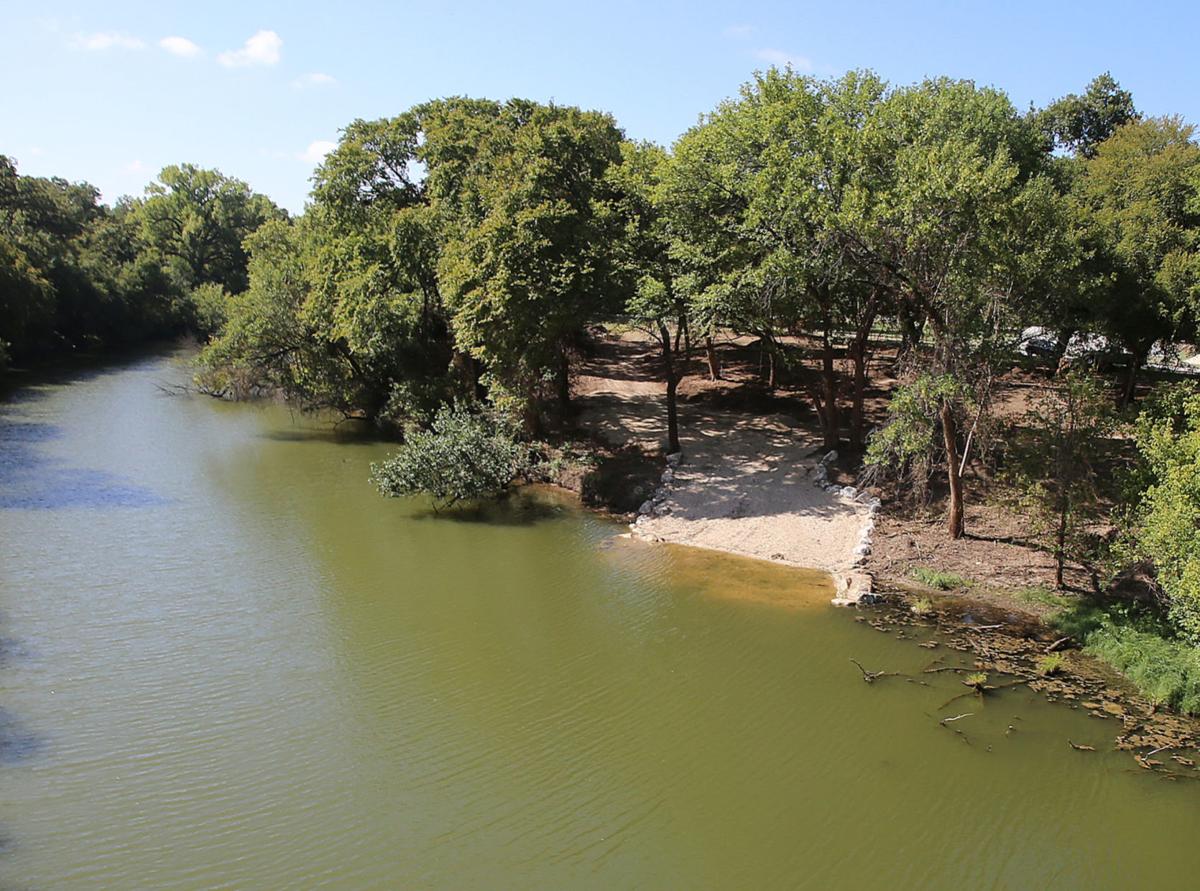 Work is progressing on a new boat ramp for kayaks and canoes just off Airport Drive at Bosque Park.

Work continues on the new boat launch at Bosque Park. 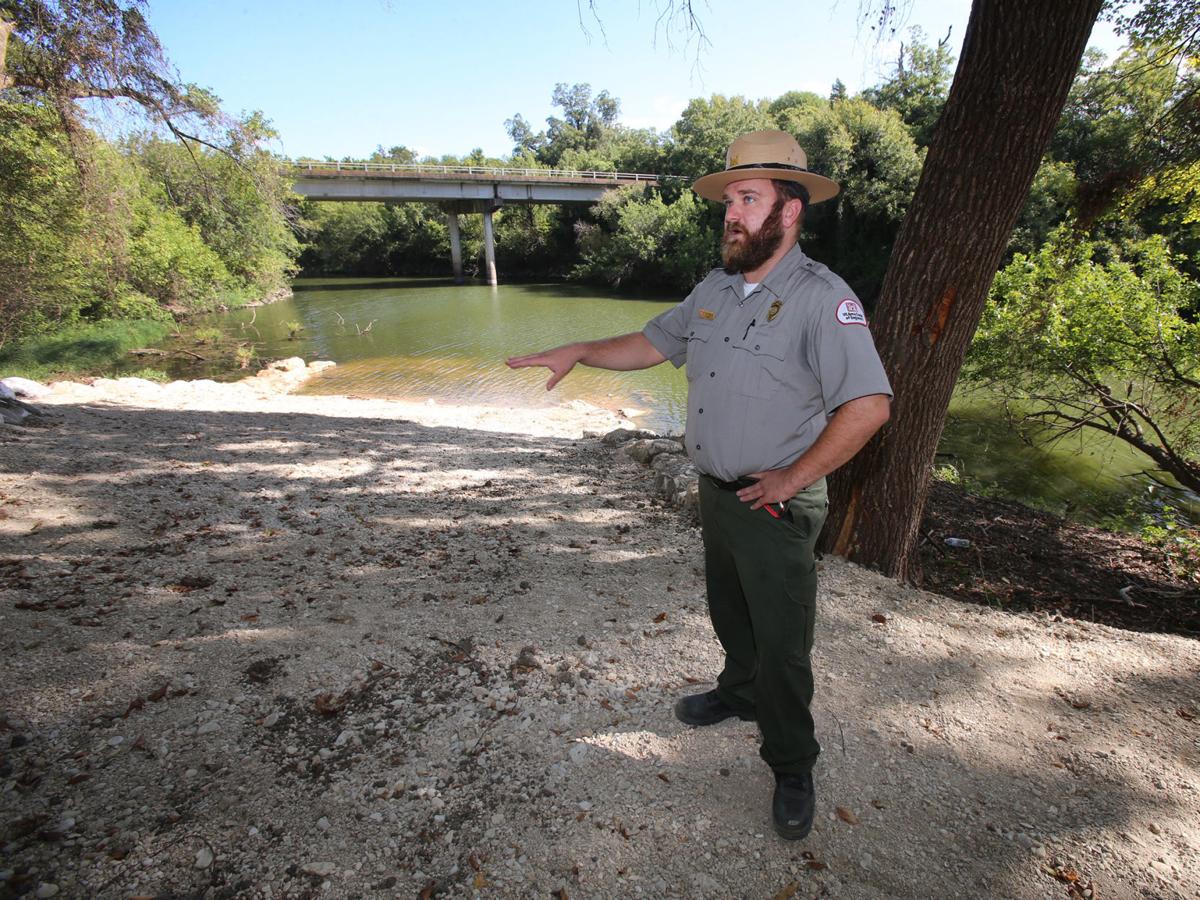 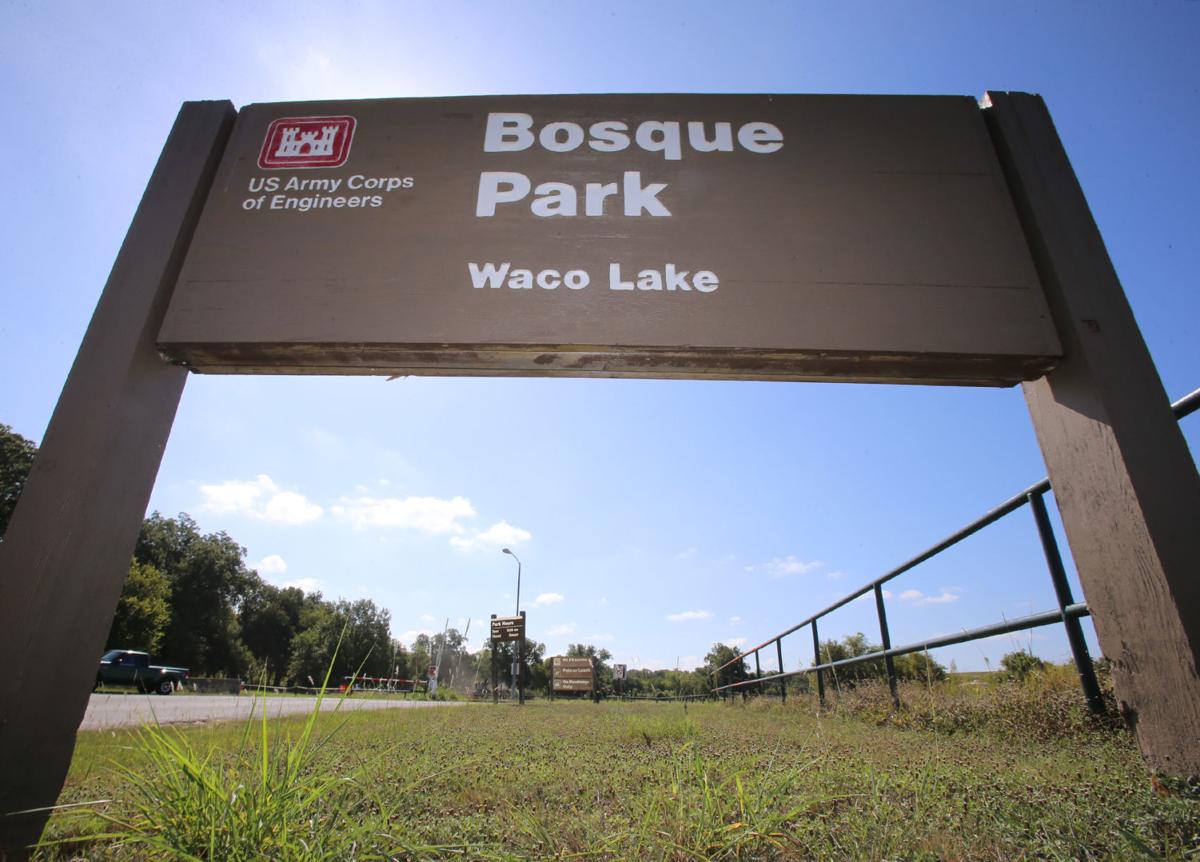