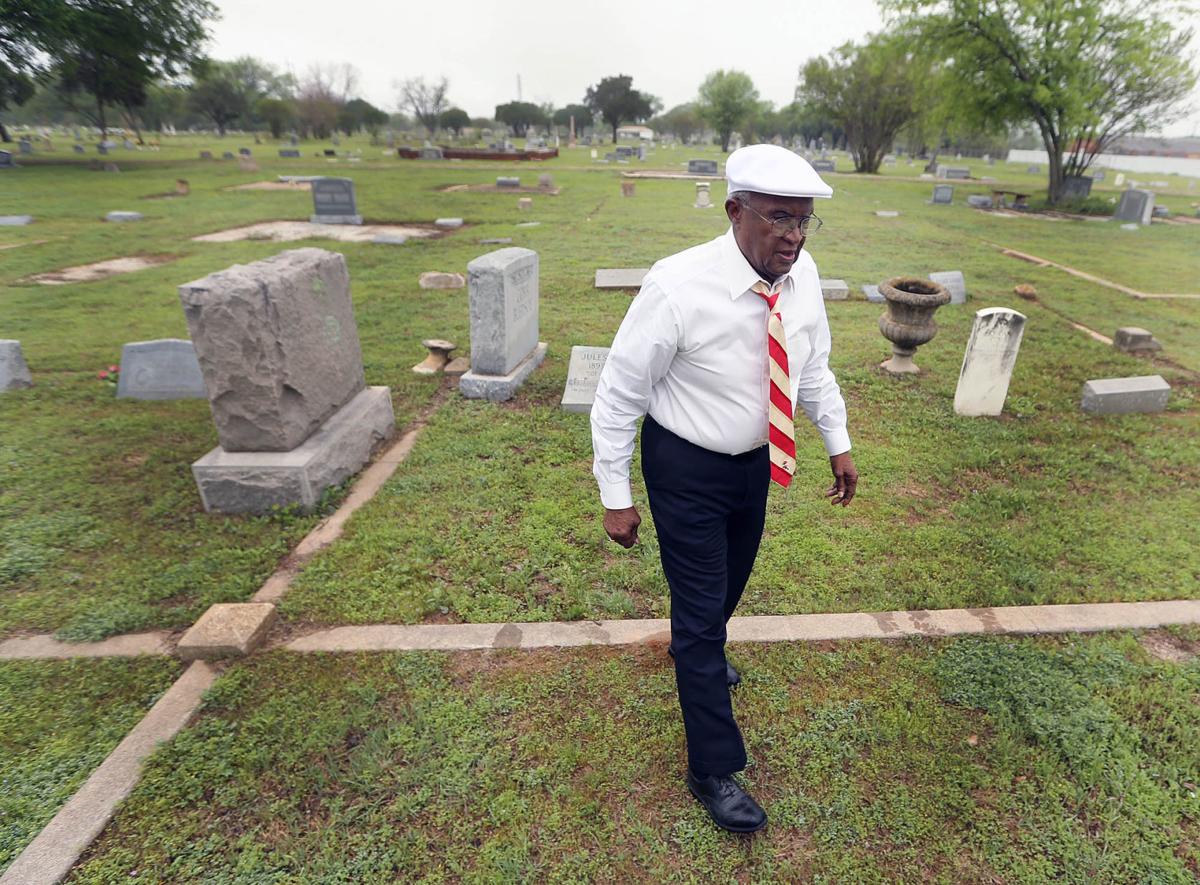 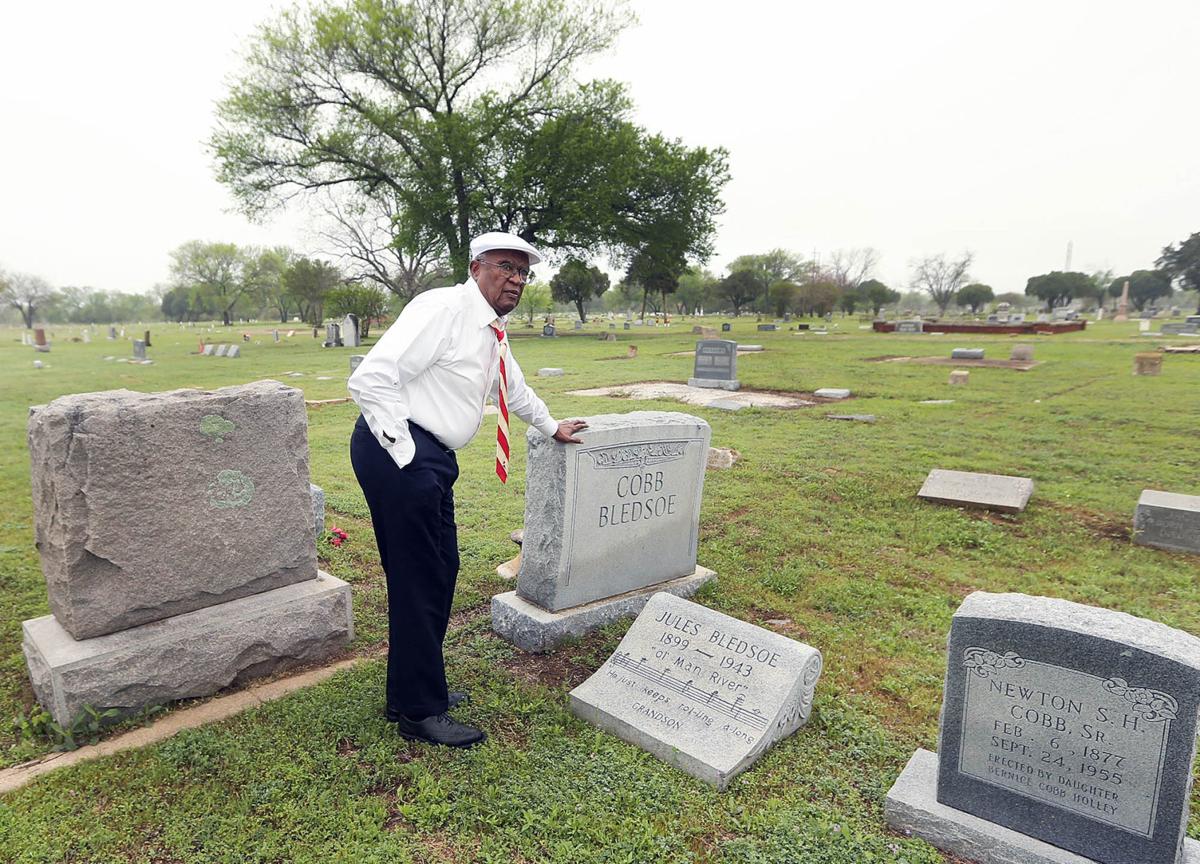 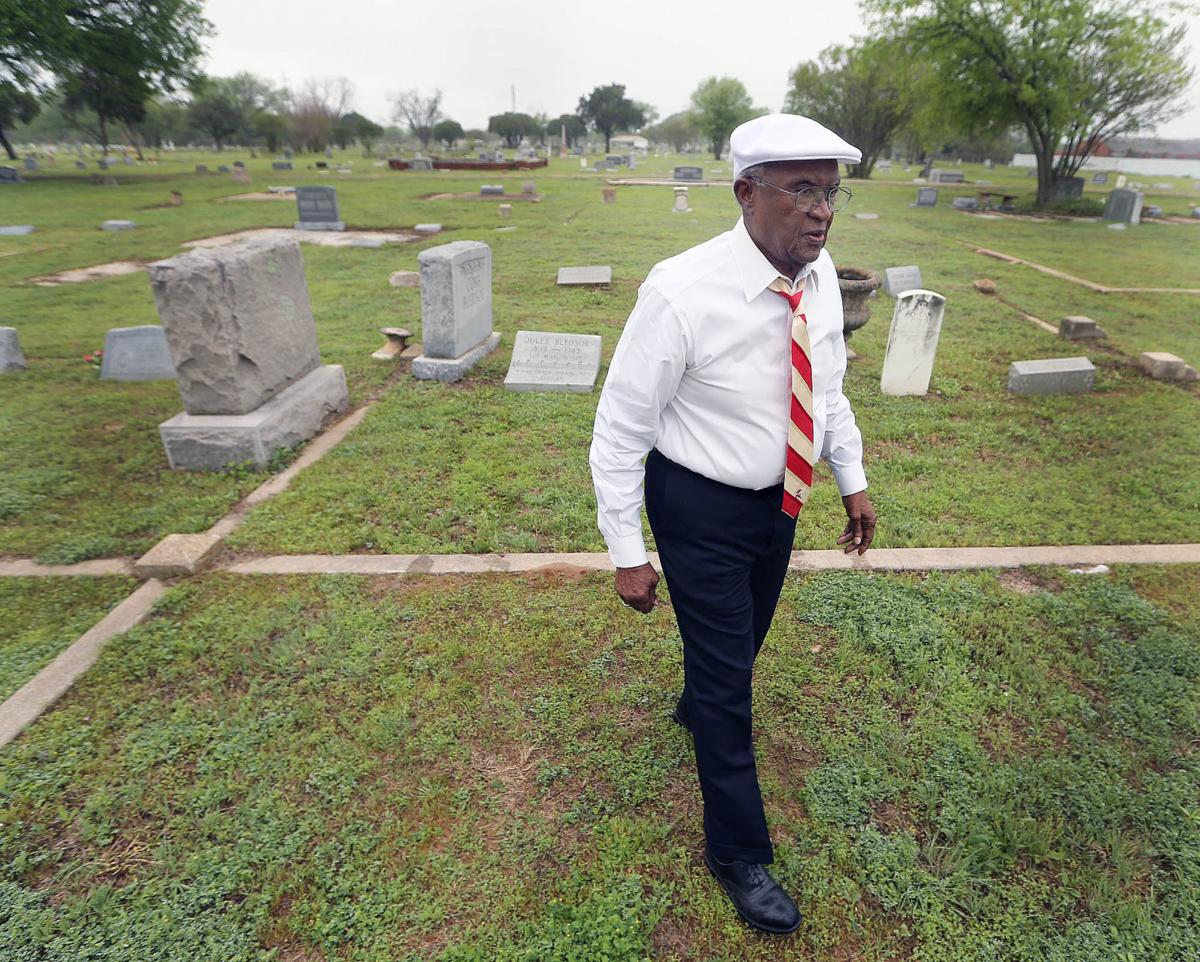 Noah Jackson Jr. will finish his job as Waco city councilman before the city finishes its job turning around his beloved Greenwood Cemetery.

But Jackson, a longtime cemetery volunteer, said he is confident the project to enclose and beautify Greenwood will wrap up this year.

“They’re moving in the right direction,” said Jackson, who had expressed frustration about the pace of the project last fall. “They’re trying to do it and do it right.”

The Waco Plan Commission on Tuesday approved the closure of Coffee Street and Earle Avenue on the cemetery’s perimeter. The closures pave the way for a $300,000 project this summer to build a steel perimeter fence on the outer side of the streets, along with a new decorative stone entrance on Price Street. The entry gate will have a spot for a new state historical marker to replace one that was stolen from the cemetery years ago.

An archaeology firm this month found no evidence of unmarked graves along the proposed fence line, and it will continue monitoring the fencing work until it is complete around October.

Meanwhile, the city attorney’s office is working to establish the city’s clear legal title to the entire cemetery, which dates back to 1875 but has had a patchwork of public and private owners.

Jackson, who was appointed to fill out the term of now-deceased District 1 Councilman Wilbert Austin, plans to step down after the May 5 election, but he said he believes the cemetery project is in good hands.

“I’m feeling better about it,” Jackson said. “I’ve been meeting with the city manager and parks and recreation every month. … It’s going to be different. It really needs a face-lift.”

Jackson was the last president of the People’s Cemetery Association, which had maintained the historically black side of the once-segregated cemetery until handing off maintenance to the city in 2007. In 2014, the East Waco Greenwood Cemetery Association followed suit, relinquishing control of the historically white side to the city. The city removed the chainlink fence between the two sides in 2016 and has been contracting to have the whole cemetery mowed since then.

City of Waco senior park planner Tom Balk said the city’s goal has been to bring up Greenwood’s appearance to the level of other city-owned cemeteries, such as Rosemound Cemetery.

“Part of that has been addressed by getting the mowing under contract,” Balk said. “But the other part of this is cultivating a reverent atmosphere. I think having fencing and architectural entry will help with that.”

But legal and archaeological issues involved in an old cemetery have taken a while to resolve.

“It’s been exhausting from the public patience standpoint,” Balk said. “The public wants to see progress. But we’re finally getting to the point the rubber meets the road. That’s exciting for us to know, that the end is in sight.”

Jackson said the city’s move to take over maintenance has improved the appearance and reputation of Greenwood. He said at one time it was known for high weeds, prostitution and drug and alcohol use.

“It was real bad,” he said. “It’s unbelievable what the city has done.”

But he said enclosing the space, closing streets and limiting the public entrance to one well-marked gate at the front will finish the job of keeping out illicit activity.

“Once you get these streets closed, the traffic through here is going to stop,” Jackson said. “When they know they’re being watched they’ll go somewhere else.”

Standing near the grave of renowned Broadway baritone Jules Bledsoe on a misty Thursday morning, Jackson spoke of the long-departed Wacoans who have enriched the community and his own life. Nearby was the grave Vivienne Malone-Mayes, 1932-1995, who became one of the first African-Americans to earn a doctorate in mathematics and became Baylor University’s first black professor.

A little farther out was the grave of Andy Cooper, 1898-1941, a left-handed pitcher for the Kansas City Monarchs in the National Negro League. He is Waco’s only inductee into the National Baseball Hall of Fame.

Other stones mark the final resting place of prominent local educators and R.L. Smith, the African-American founder of the Farmers Improvement Society and a late 19th-century state legislator.

Jackson also noted that his basketball coach from his youth is buried in Greenwood. And somewhere in unmarked graves lie his father, grandfather and Aunt Rose.

“It makes you feel good to come out here and reminisce about all these great people,” he said.

He said he was looking for Andy Cooper’s grave recently and came upon Malone-Mays’ headstone. The porcelain photo of the educator had apparently been smashed by vandals.

“As much time as I had spent writing about African-Americans, it hurt to see that,” he said.

Darden contacted Malone-Mays’ family and is now working on getting the photo repaired. At Darden’s encouragement, sororities Alpha Delta Pi and Pi Beta Phi have agreed to do a work day at the cemetery as part of Baylor’s Steppin’ Out service day on April 7.

Darden said he hopes the sororities will feel a connection to the “sacred soil” of Greenwood and adopt it as an ongoing project.

Long-discussed improvements are slated to wrap up this month at Greenwood Cemetery, the historic cemetery the city of Waco assumed control ove…

City of Waco officials rededicated Greenwood Cemetery on Tuesday, marking the completion of a renovation and years of work to bring the whole … 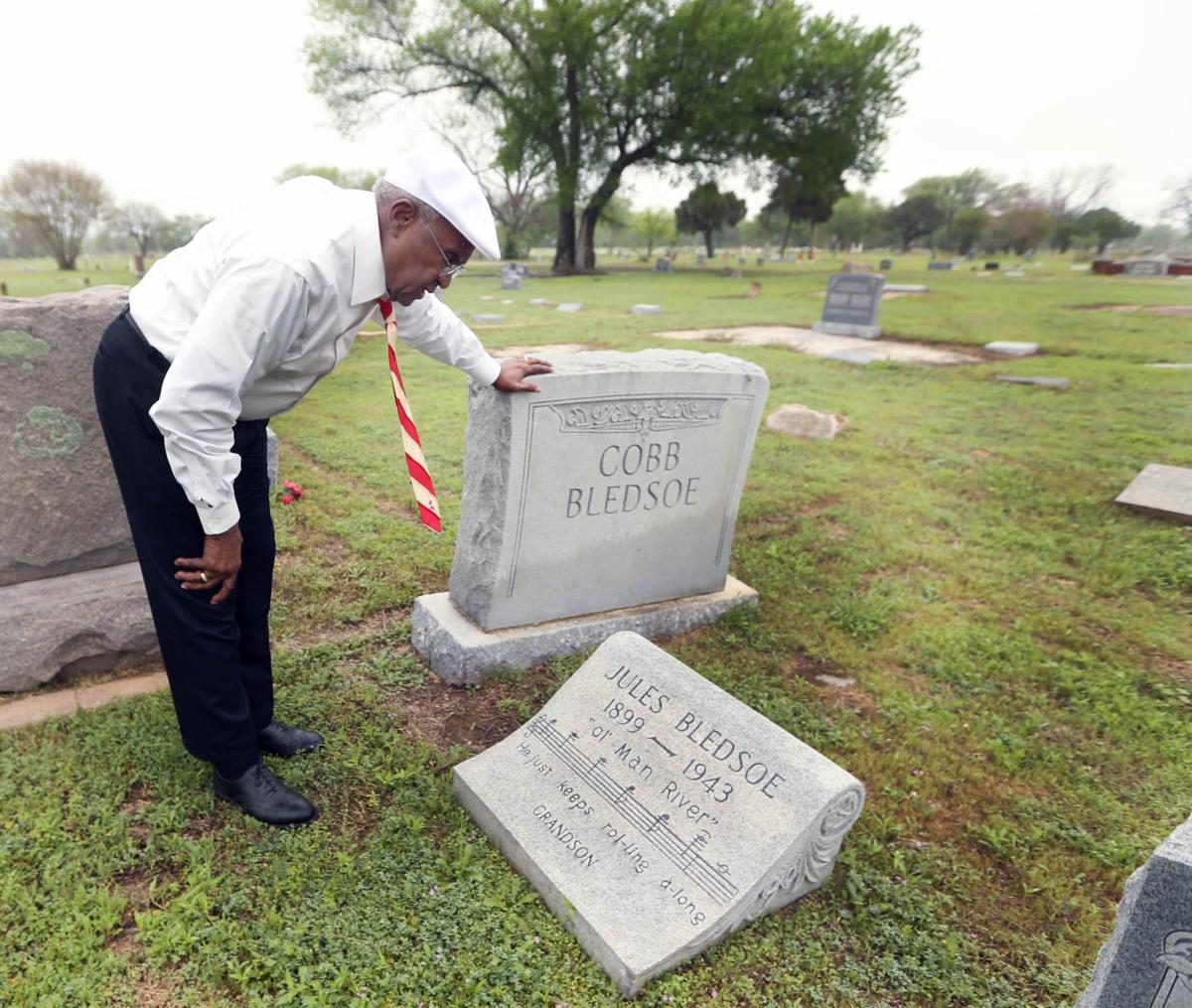 Councilman Noah Jackson Jr. studies the headstone of Jules Bledsoe, the Waco-born opera singer and star of “Show Boat.” Jackson, a longtime Greenwood Cemetery volunteer, said a project to close streets on the cemetery’s perimeter and enclose it with a new fence will help give the space the dignity it deserves. 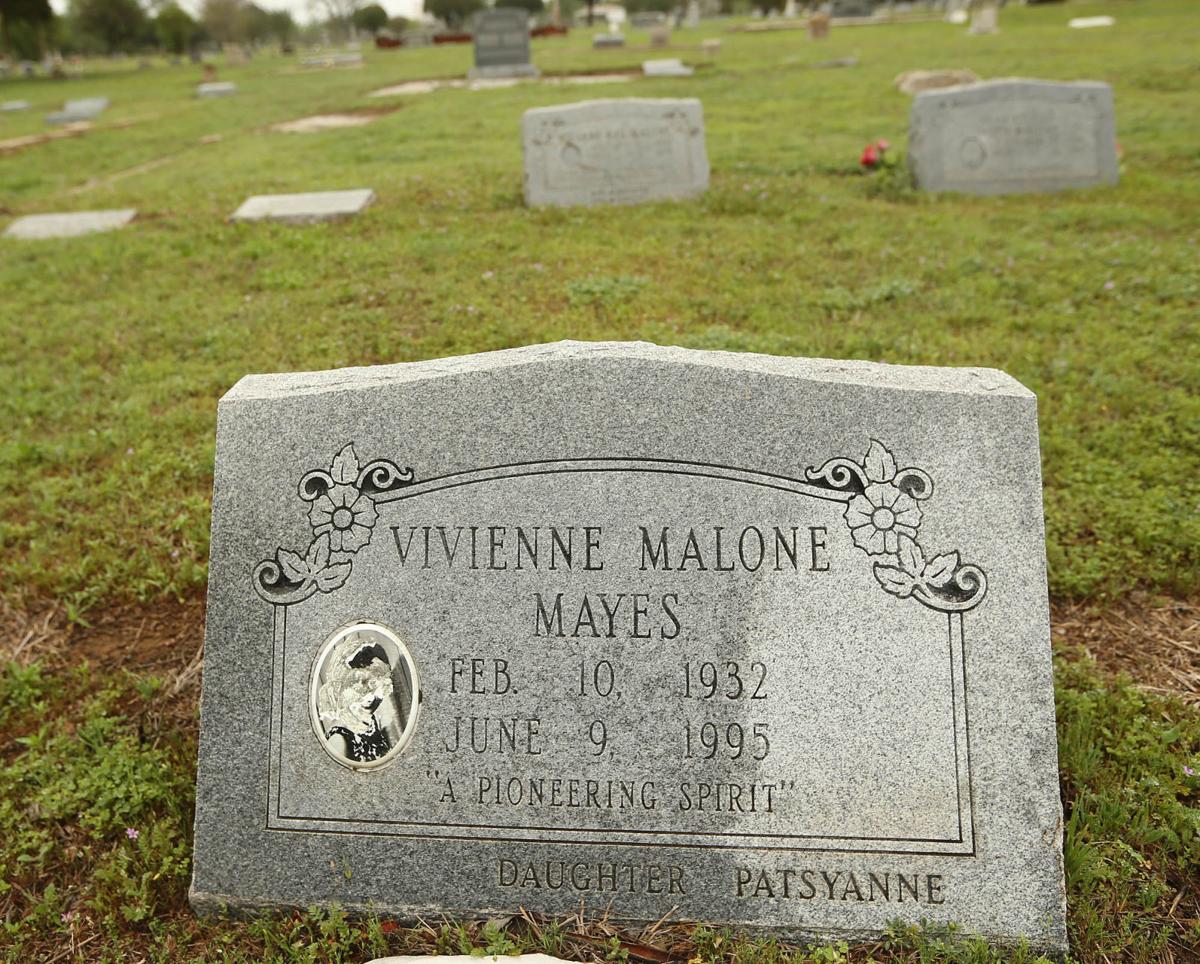 The headstone at Greenwood Cemetery of Vivienne Malone-Mayes, Baylor University’s first black professor. Baylor professor Robert Darden is seeking to have the vandalized photo on the stone repaired. 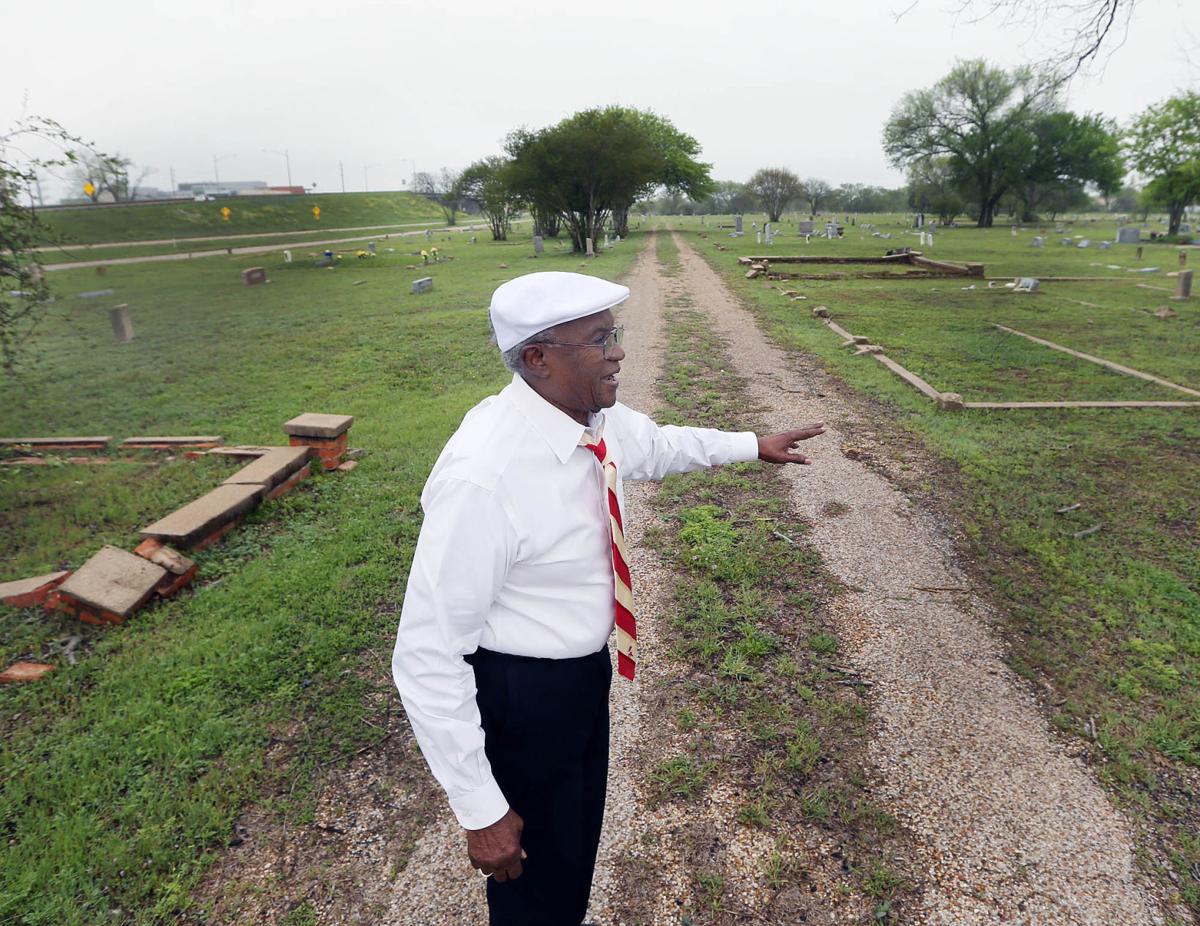 Councilman Noah Jackson Jr., a longtime Greenwood Cemetery volunteer, said a project to close perimeter streets and enclose the cemetery with a new fence will help give the grounds the dignity it deserves. 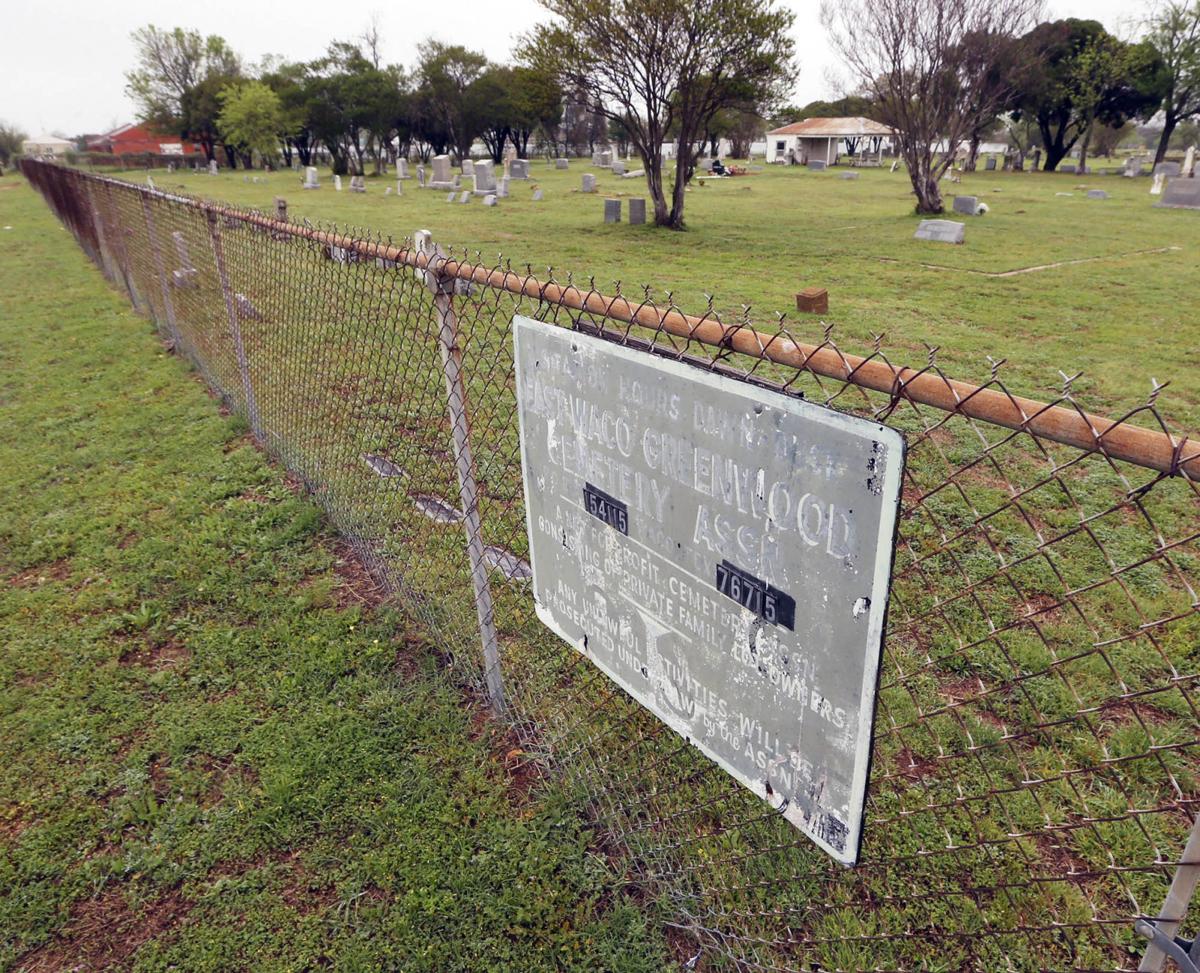 A file photo shows the chainlink fence that once separated the black and white sides of Greenwood Cemetery. In recent years, the city has assumed maintenance of the entire cemetery and has removed the fence.