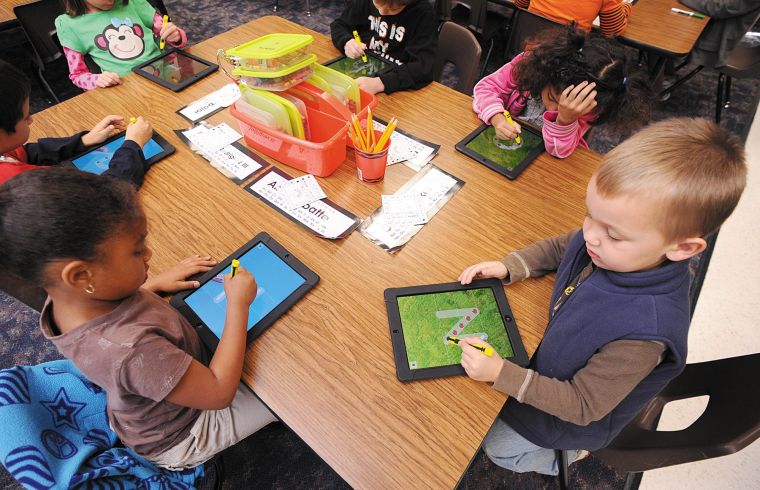 Midway ISD is pursuing a $34.5 million bond package to fund various district-wide renovations and purchases, including $5.5 million for tablet devices for all students. The district previously purchased iPads for all Speegleville Elementary students using an insurance settlement from a school fire. 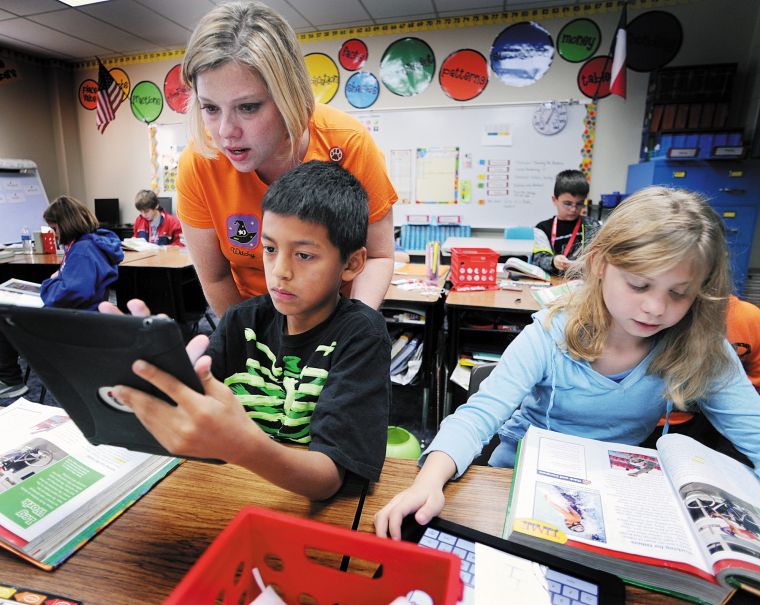 Midway ISD is pursuing a $34.5 million bond package to fund renovations and purchases, including $5.5 million for tablet devices for all students. The district previously purchased iPads for all Speegleville Elementary School students using an insurance settlement from a school fire. 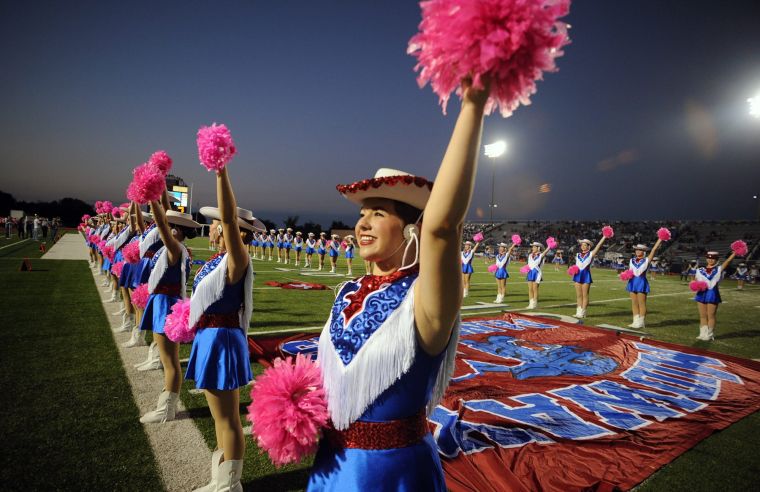 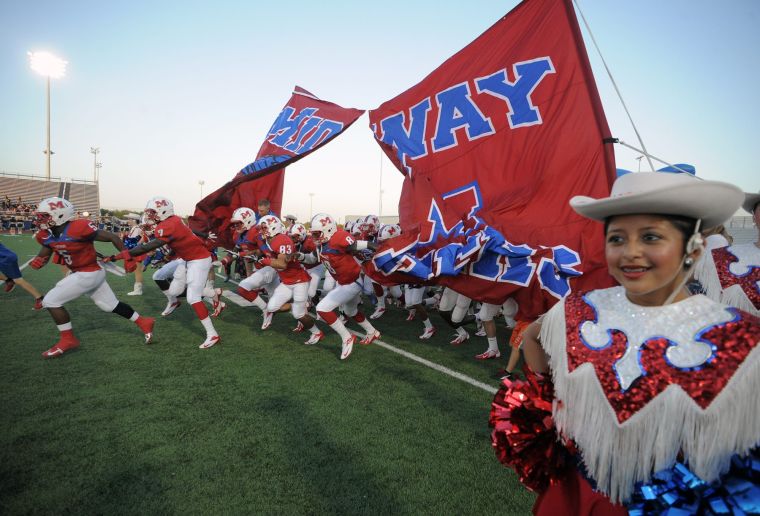 Voters Saturday also will weigh in on district leadership, as four districts also are holding school board elections.

The bulk of the bond would be used for upgrades and purchase for various extracurricular programs at Midway High School.

The district would use $16.6 million to build classroom additions for music, theater and dance programs and purchase program equipment, renovate the Performance Arts Center and high school theater.

The district also would build an $8.4 million covered, multiuse practice facility that would be used by student activity groups like the band.

The bond also includes $3 million for new school buses, including 11 regular, nine special-needs and 10 trip buses with storage space for student equipment; $4.4 million for various maintenance projects like replacing roofs and renovating HVAC systems; and $10.4 million for security and technology upgrades, including $5.5 million to purchase tablet devices for all students.

District officials said the bond would not raise the tax rate because higher property appraisals in the district created an excess of tax revenue. Midway’s current tax rate is $1.32 per $100 property valuation.

One of the two candidates running for an open seat on the Midway board of trustees decided to run in part because of his opposition to the bond package. Casey Hubble, a government professor at McLennan Community College, said he disagrees with issuing long-term debt to purchase tablets, since the devices have a short shelf life.

He also said the district should do strategic planning to build new campuses that will alleviate crowded schools, as well as take measures to lower class sizes to increase one-on-one attention for students. Hubble has two children in the district, and he said his youngest son is assigned to a class with 27 students at River Valley Intermediate School.

“For one teacher with no teacher’s aide, that’s too many students in one class,” Hubble, 49, told the Tribune-Herald’s editorial board. “I think the biggest tragedy is that you lose the opportunity to change lives and get to know these students the way you should.”

“Our business has helped sponsor and be behind (STEM) initiatives in our community,” Tullis told the editorial board. “We’ve dedicated time to being involved in those issues. It’s been my career path and I want other children to have those opportunities.”

The bond would pay for a new $11.4 million primary school to house the district’s kindergarten and first-grade students, which would allow room at the elementary campus to accommodate fifth-graders.

Another $6.4 million would cover various renovations to the high school, such as expanding the band hall; adding a new agricultural studies classroom; renovating the auditorium and gym; replacing the flooring, ceiling, doors and paint throughout the campus; and relocating the main office to the front of the building as a security measure.

The bond package would increase the district’s property tax rate by 19 cents to $1.38 per $100 property evaluation. District officials said the average homeowner would see a property tax bill increase of $10.12 per month if the measure passes.

McGregor pursued a $17 million bond in 2010 that would have built a primary school and a new competition gym and fine-arts facility, but it failed to garner enough support from voters. The district said post-election polling showed that the gym caused the issue to fail.

Two candidates also are running to fill the remaining two years of an unexpired, vacant seat on the school board. Trustee Gary Hannemann resigned from the board in January because he moved into a home outside the district.

Eric Krueger, 43, is a supervisor for machining shop T-Squared Manufacturing in Waco, which also services SpaceX in McGregor. Krueger wants to use his contacts in both the manufacturing field and Texas State Technical College to help develop career and technical training options for McGregor High School students.

“Not every kid can have the option or the luxury or the ability to go to a four-year school, and there’s so much out there that can be done where somebody can make an honest living doing the kind of work I do,” said Krueger, a parent of two students and two graduates of McGregor ISD. “We want to try to get that word out there and get kids involved.”

Kyle Paschall, a McGregor real estate agent, previously served one term on the school board beginning in 1996. His wife, Jill, teaches fourth-graders at McGregor Elementary School, and they have two children enrolled in the district.

“A good head football coach surrounds himself with wonderful assistants, and so that trickle-down is imperative,” said Paschall, 48. “As a school board member, that’s our job, to not be in the day-to-day workings of a school, but to hold the experts in that field accountable for what they do, so that’s the purpose for why I’m (running).”

About $16.9 million of the bond would be used for improvements at Lorena High School, including adding new classrooms and science labs, expanding the cafeteria and library, building a new gym and creating seating at the football stadium.

In addition, about $2 million would be spent on adding new primary school classrooms, $1.9 million would go toward renovating offices to free up more classroom space at the elementary school, and $1.3 million would be used to expand the middle school’s cafeteria and upgrade flooring in the building. The district also would complete $800,000 in road improvements.

Lorena also will fill two school board positions. Four candidates are running, and the top two vote earners will be elected.

Phillip Jander, a CPA and operations manager for Brazos Valley Equipment in Waco, previously served one term on the board beginning in 2004, but declined to run for re-election as he and his family relocated to Africa for a three-year mission effort. He has four children enrolled in Lorena schools.

“It’s a good district, (but) as with all districts there’s room for improvement,” said Jander, 49. “Hiring quality teachers and retaining quality teachers is obviously number one (priority for me). If you don’t have a good staff to be in the school, you’re in trouble.”

Robert Peevey, 75, is a retired accounting professor who ended his 16-year teaching career at Tarleton State University in 2007. He cites his 5- and 6-year-old grandchildren, who attend Lorena Primary School, as his motivation for seeking a role on the school board.

“One of the biggest issues that is upcoming is that if this bond passes, there is $22.9 million to be spent, and that’s a pretty large sum of money,” said Peevey, who supports the package. “I think that whoever is on the school board must definitely take care to see that the projects and the spending of that money is very well-managed and controlled, and I’d like to be part of that.”

Incumbent candidate Donny Stewart, the vice president of the school board, did not return several messages left at his residence and medical practice. Attempts to reach candidate Jon Lamar also were unsuccessful.

Connally ISD has two seats up for election this year. Waco police officer Aaron Mitzel is running unopposed for the Place 1 seat held by Trustee Shane Loftin. Danny Raines Jr., who works as a firefighter in Belton, is challenging incumbent Marvin Roach, a Waco attorney, for the Place 2 board position.

Raines graduated from Connally High School in 1996 and has three daughters enrolled in the district. He said he was disappointed with the district’s decision to switch to standardized uniforms at all campuses two years ago, adding he doesn’t think that action was helpful in boosting students’ academic performance.

“I think Connally has lost a little bit of what it used to be,” said Raines, 36. “Our main goal should be making sure that they have every tool in their bag to be prepared for the next chapter in their life.”

Roach, 56, has served two terms on the school board. Roach said while the board does not have evidence that the switch to uniforms has improved grades, he has been told by students that it has cut down on bullying or teasing about their appearance.

Roach said the district has made strides in shoring up academics, such as hiring more reading teachers to build students’ comprehension and creating a new initiative in which students who are behind in classwork are sent to an after-school program to finish assignments and improve their grades.

“We’ve started down the path to try to bring our district up to an academic leadership position in our community,” Roach said. “I feel like we’ve got some things that we’ve put in place with our administrators and faculty and staff that . . . are going to bear fruit.”

The bond issuance, if passed, will raise the district’s property tax rate by 15.5 cents to $1.53 per $100 valuation. For every $50,000 property valuation, that would raise monthly tax bills by $4.52, assuming the homeowner also claims the district’s $15,000 homestead exemption for the property appraisal.

About $12.4 million would be dedicated to various improvements at the high school, including adding a new classroom wing; building a new cafeteria that also could be used as an auditorium; creating a new agriculture classroom and expanding the band hall; upgrading restrooms; and renovating lockers and the school’s HVAC system.

Another $2.4 million of the bond would finance upgrades at the elementary campus, such as additional classrooms and restrooms, a new play gym, renovating the HVAC and installing new flooring. The district also would spend $500,000 on security features such as new cameras, plus new technology infrastructure.

Midway ISD is pursuing a $34.5 million bond package to fund various district-wide renovations and purchases, including $5.5 million for tablet devices for all students. The district previously purchased iPads for all Speegleville Elementary students using an insurance settlement from a school fire.

Midway ISD is pursuing a $34.5 million bond package to fund renovations and purchases, including $5.5 million for tablet devices for all students. The district previously purchased iPads for all Speegleville Elementary School students using an insurance settlement from a school fire.