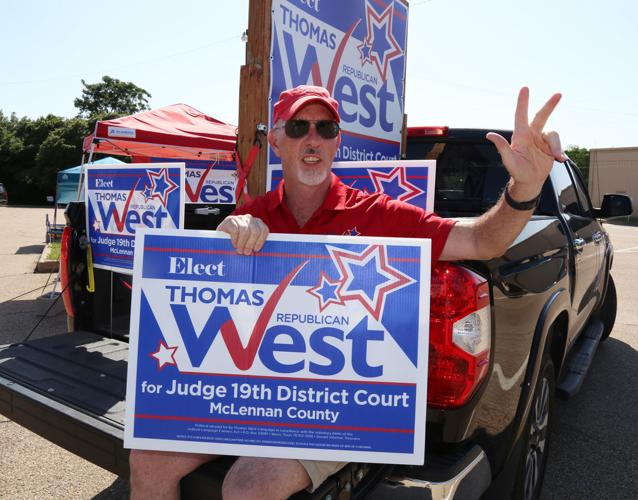 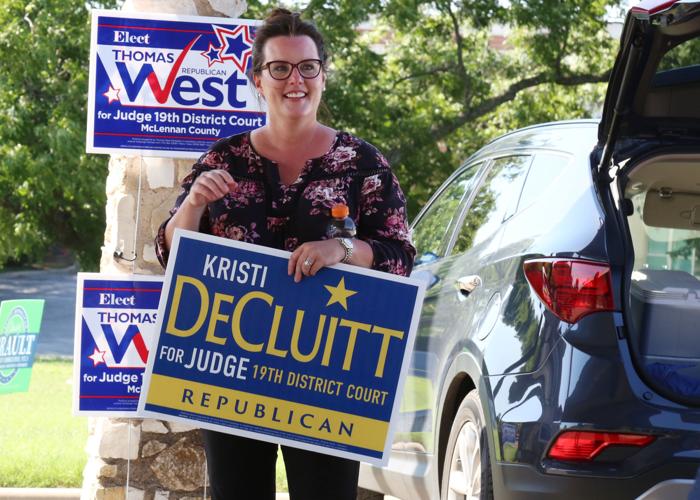 Thomas West, the runner-up in the March Republican primary, made up ground in Tuesday’s runoff and finished strong to defeat Kristi DeCluitt to become the new 19th State District Court judge.

An emotional West said he worked hard to try to overcome his second-place finish to DeCluitt in the primary.

“I want to thank all the citizens of McLennan County for supporting me and voting me in as your next judge of 19th State District Court,” West said. “I want to thank my family, my supporters and all the people who worked so hard on this campaign. But most importantly, I want to thank God and give him the glory for the results of this race. It was a hard-fought campaign, and I am blessed to have succeeded in this 16-month journey.”

DeCluitt, a former justice of the peace, called West on Tuesday night to congratulate him on his victory. West jumped off to a large lead after early voting and absentee ballots were totaled that DeCluitt could not overcome.

“I want to thank everyone who came out to vote and all of my supporters, especially the Waco Police Association and former Gov. Rick Perry,” she said. “I really appreciated their support. We just just came up a little short today, but God always has a plan. I’m sure there is something down the road.”

West faces no opponent in November, making him the successor to 19th State District Judge Ralph Strother, who was appointed to the bench in 1999 by former Gov. George W. Bush.

Strother, who presides over one of the county’s two felony courts, is 77 and could not run again. He turned 75, the mandatory retirement age, in midterm but the law allowed him to finish out his four-year term.

DeCluitt said she will seek an appointment from Gov. Greg Abbott to replace 54th State District Judge Matt Johnson, who will resign his seat at year’s end to serve on Waco’s 10th Court of Appeals.