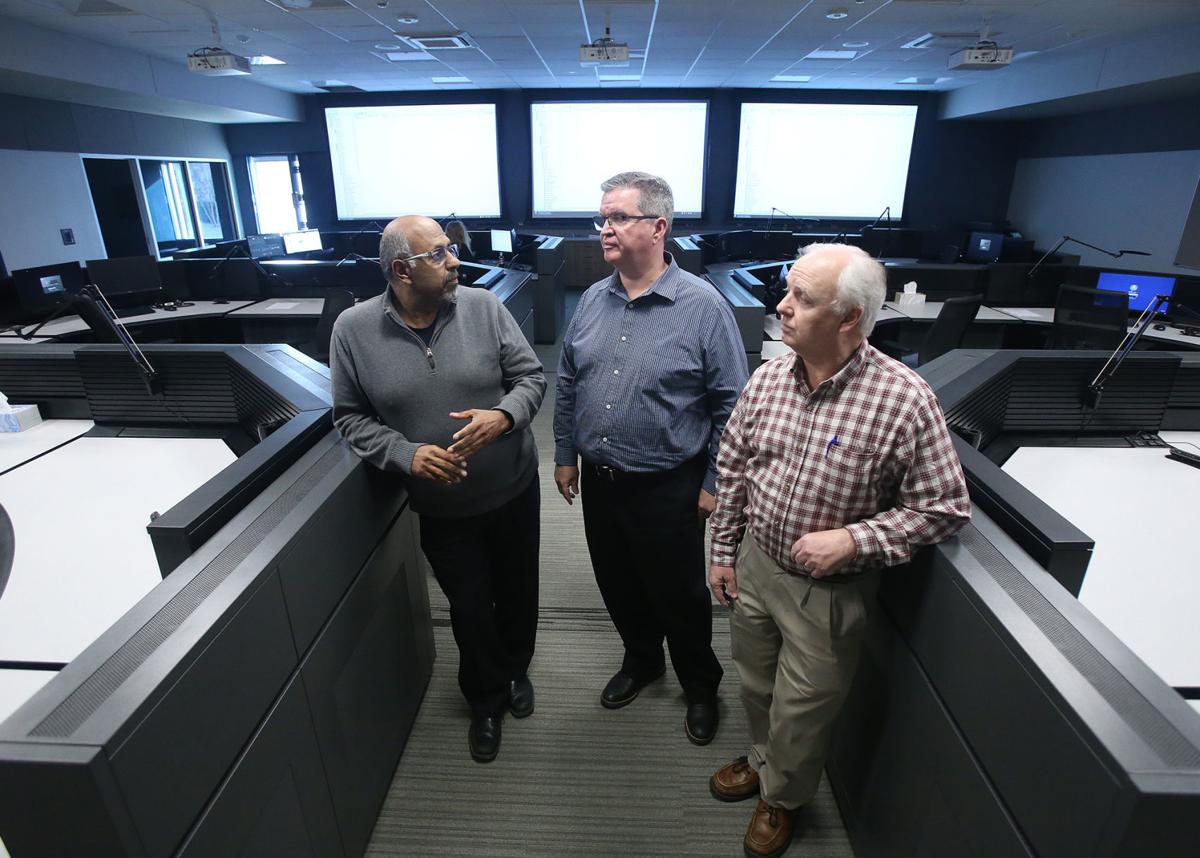 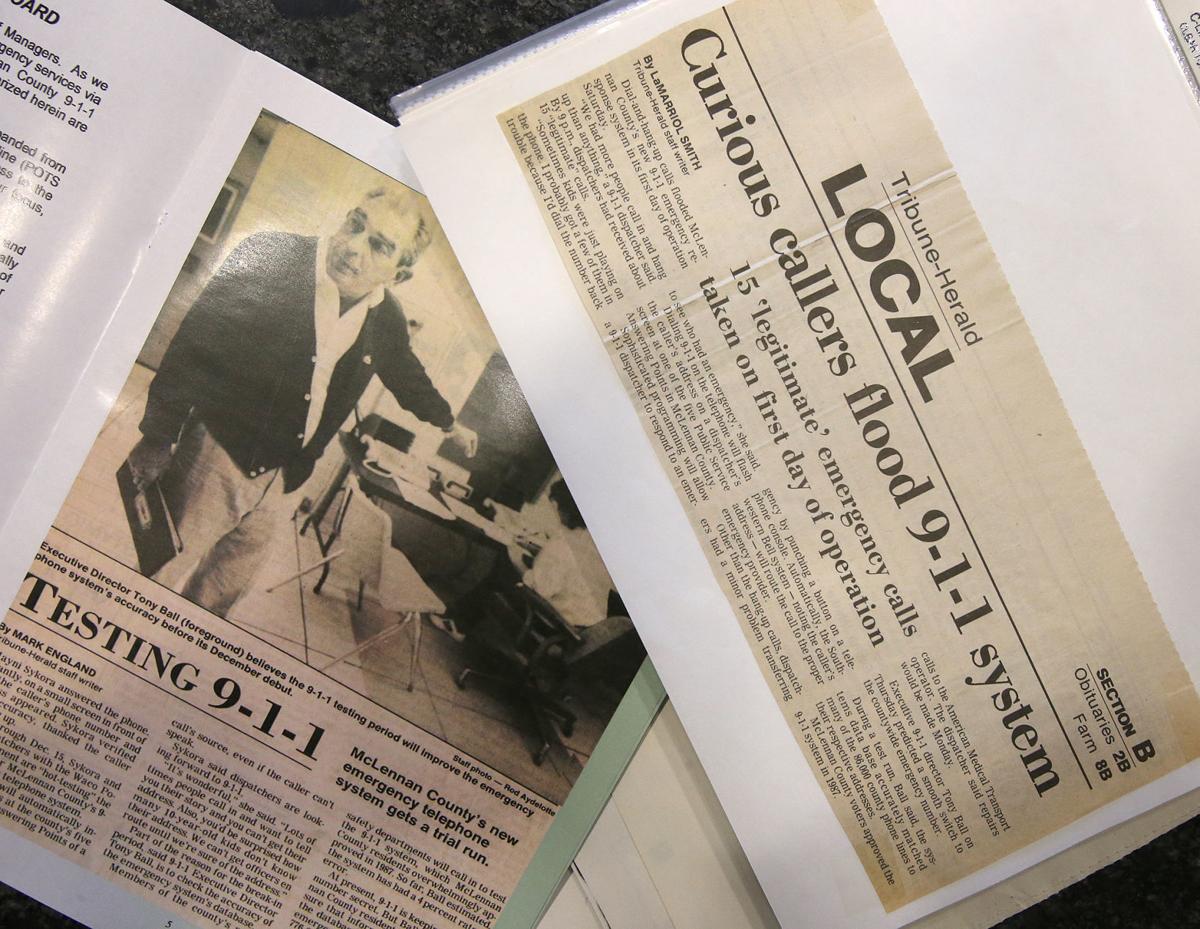 Newspaper clippings from the late 1980s are saved in a scrapbook on the formation of the McLennan County 911 Emergency Assistance District. 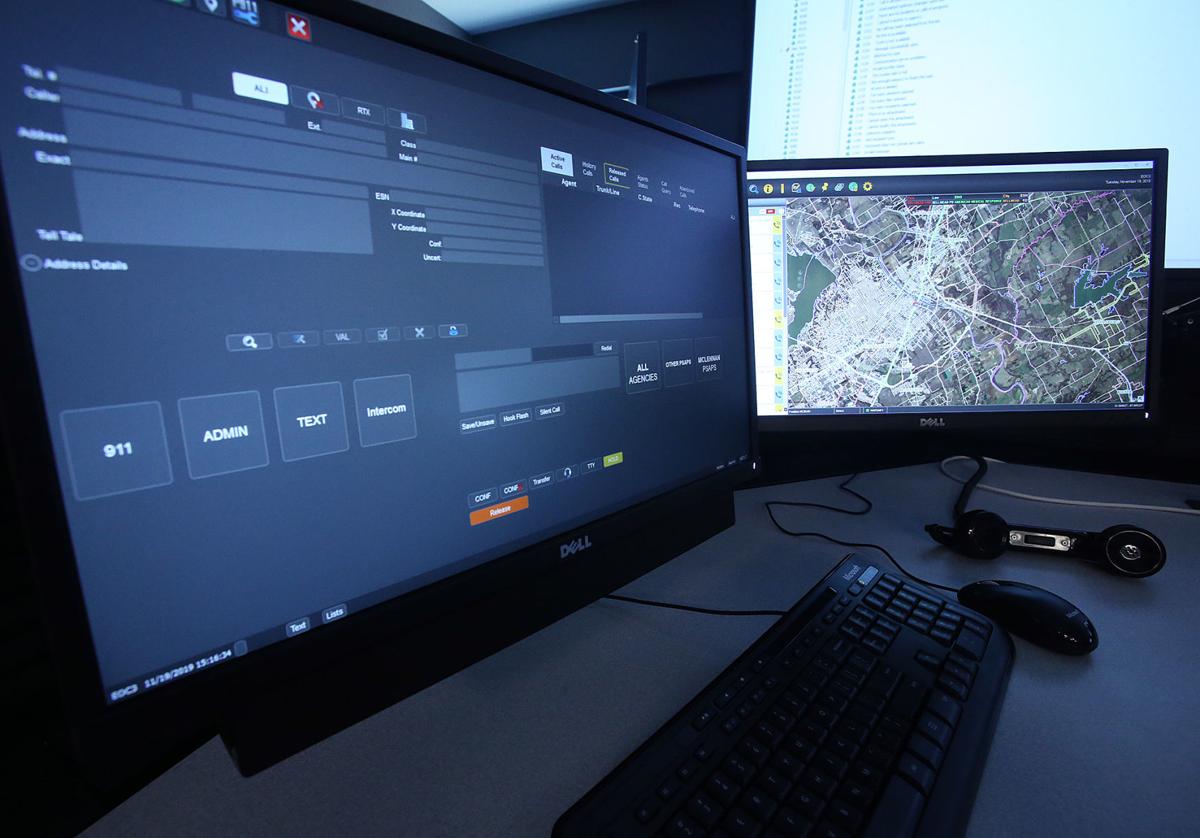 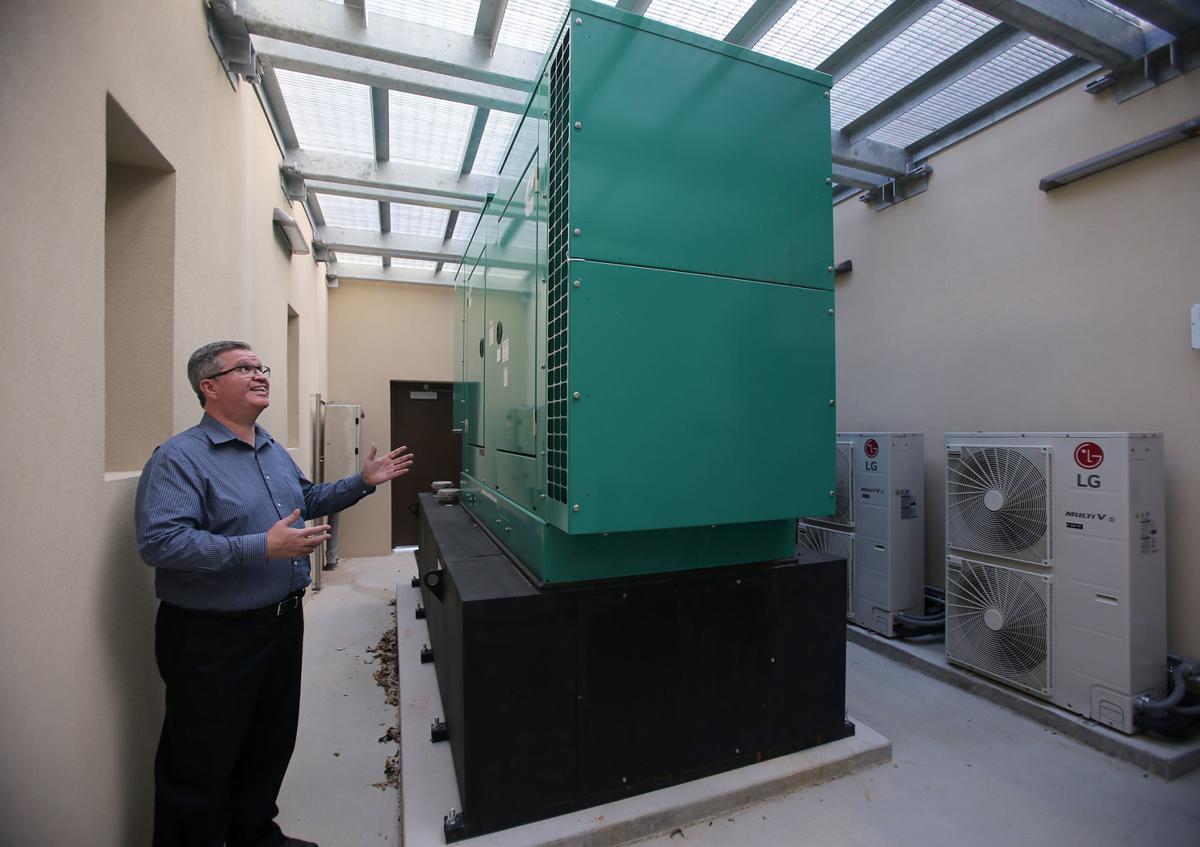 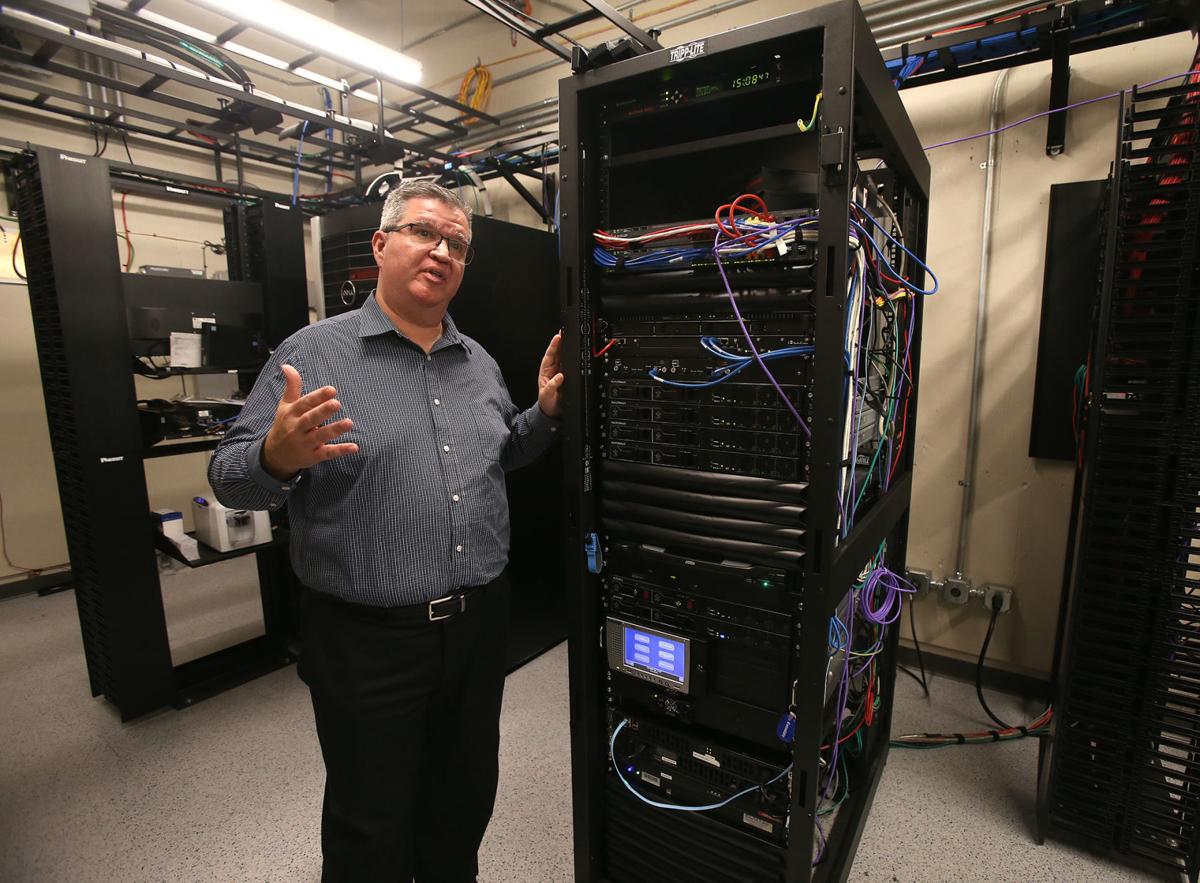 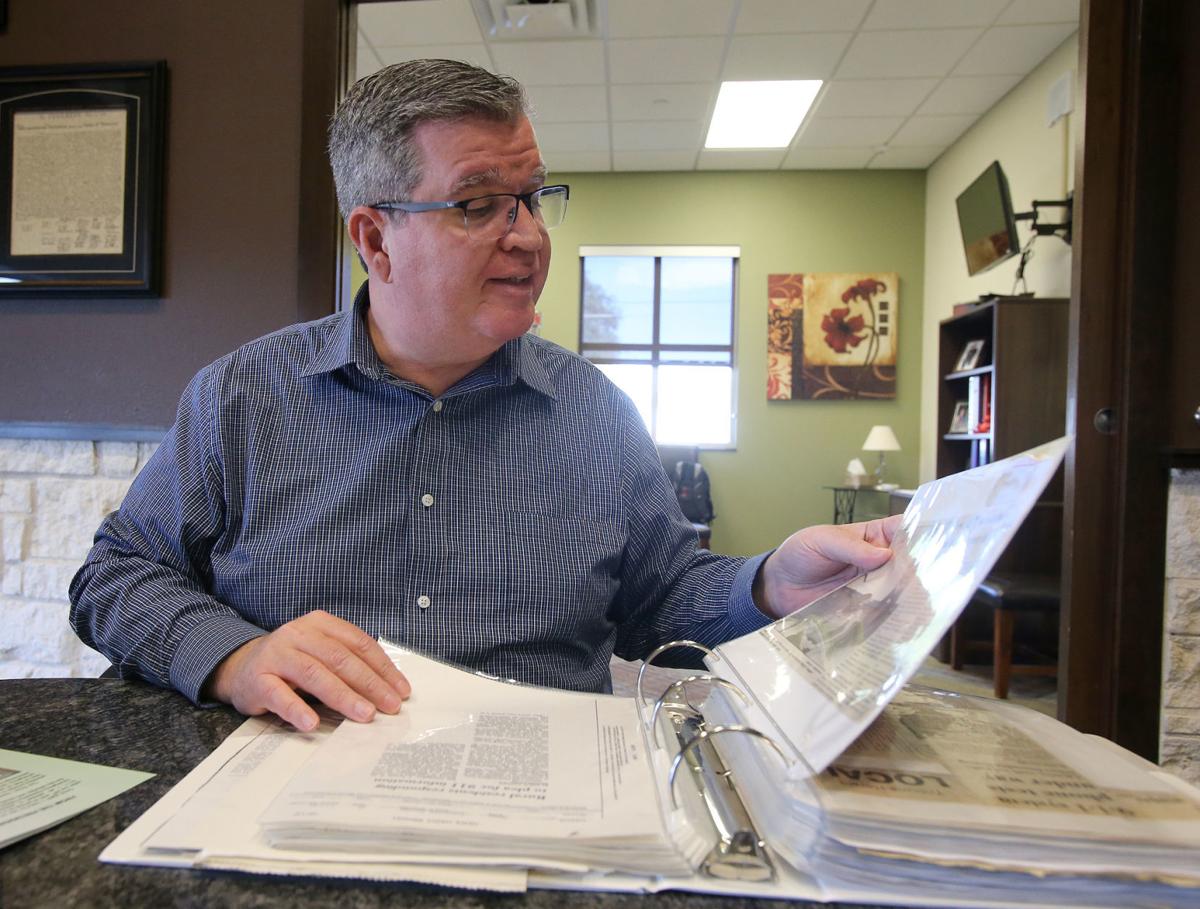 McLennan County 911 Emergency Assistance District Executive Director Jesse Harrison looks over a scrap book from when the district was formed in the late '80s.

In December 1989, one Robinson family learned the importance of a new three-digit phone number that connected them with firefighters who kept their home, and their Christmas, from going up in flames.

McLennan County had just implemented a 911 system through the McLennan County 911 Emergency Assistance District. It joined Tarrant and Harris counties as some of the earliest in Texas to standardize how residents can call for emergency help, said Yost Zakhary, a former president of the local 911 district.

The response to the house fire in the 200 block of West Karnes Drive was among the earliest uses of 911 in the county.

“We have always heard what a great volunteer fire department we have and now we know firsthand,” a note written by the Robinson family 30 years ago states. “You all are great! And the 911 works so well! We will all sing the praises of the Robinson Volunteer Fire Department. It could have been a disastrous Christmas instead of a joyful one.”

The first 911 call in the nation had been connected more than 20 years earlier, in February 1968 in Haleyville, Alabama, but the concept remained a novelty by the time the system was in place locally in 1989, said Zakhary, who now works as Bellmead’s city manager.

Some residents decided to put the concept to the test when there was no emergency, and some children found a source of entertainment at the cost of police resources, Waco police Sgt. Steve Graeter said. He has been with the department 31 years and said he remembers some of the initial growing, or learning, pains.

“Some people would call just to see if we would actually show up,” Graeter said. “It was new to everybody back then. Before, you’d have to run to someone’s house or find a pay phone, dial the operator to put you in touch with the correct police department. …

“There was one house in East Waco that I remember going to every day because the kids just thought it was a game.”

Before the 911 system, the children might have needed a memory game to remember the long list of emergency numbers that would connect them with the same services 911 now provides access to.

“Especially in this county, there are 21 municipalities, so prior to 911, you were supposed to know 21 numbers to the police departments and 27 numbers for fire departments,” said Jesse Harrison, executive director of the McLennan County 911 Emergency Assistance District. “That is a lot of numbers for people to remember, so 911 really consolidated it to one number to remember not only here, but state and nationwide.”

The system has continued to evolve since voters approved a measure in 1987 to create the local 911 district.

“Our role was to convince all the municipalities and fire departments to think about the future,” Zakhary said. “The Space Age idea of dialing three numbers to get police, fire or EMS was a lot of work, but we knew it was going to be worth it.”

As communication technology has advanced, the district has adapted to accept cellphone calls, then internet-based calls known as Voice over Internet Protocol calls, and most recently, text messages to 911.

In the coming years, 911 centers plan to add the ability to receive streaming video, Harrison said.

“Now, there is no thinking about it,” Harrison said. “No matter where you are or what kind of telecommunication device you have, we will always be able to connect you to your correct first responder and hope we can give you those extra seconds to make a difference.”

The district also is making efforts to ensure the local 911 system remains effective when other systems could be knocked out of commission. This summer, it wrapped up construction on a backup center built to withstand an EF5 tornado.

“We started seeing the hurricanes affecting Texas, we started talking to 911 districts down south and we were seeing the problems they were having,” McLennan County 911 district board President Dennis Stapleton said. “There was this idea that we had the capability to build something here locally where we could shut down one of the PSAPs or dispatch centers and move them to a safe location so they could still take 911 calls.”

Newspaper clippings from the late 1980s are saved in a scrapbook on the formation of the McLennan County 911 Emergency Assistance District.

McLennan County 911 Emergency Assistance District Executive Director Jesse Harrison looks over a scrap book from when the district was formed in the late '80s.