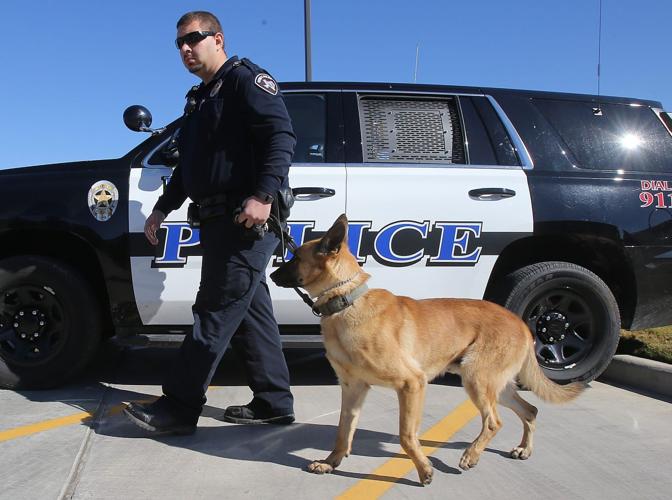 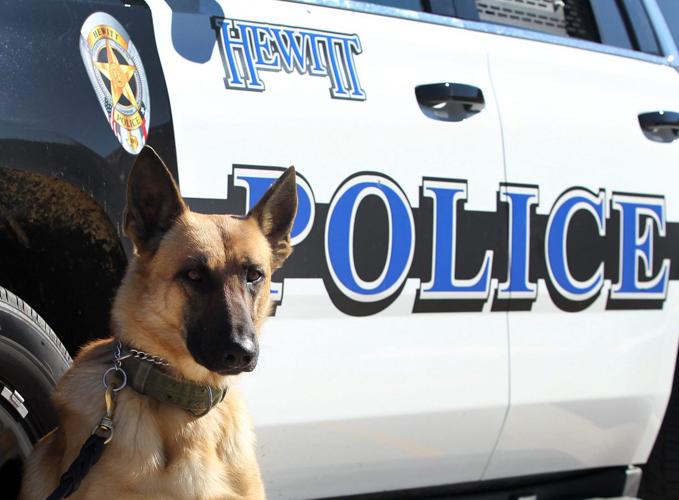 Almost a year after retiring K-9 officer Rexo, the Hewitt Police Department has brought on a new dog to fill the void.

The 18-month-old Malinois named Chado already has helped Officer Joseph Jones II find narcotics and paraphernalia in vehicles during traffic stops in his two weeks on the job.

Police Chief Jim Devlin said it was unfortunate the department had to retire Rexo, its first K-9. But having Rexo on the team proved the value of bringing a dog on with the department.

“The benefits we got from that dog were insurmountable,” Devlin said.

Rexo was retired after the department learned the 3 1/2-year-old dog was going blind because of a rapidly progressing genetic disorder.

While Chado is a little smaller and younger than Rexo, he’s quickly taken to Jones, Devlin said.

“We have high expectations not only for Chado but for the handler as well,” Devlin said.

Dogs are trained differently for police departments and can be taught to present aggressive alerts, including scratching once they find an odor, or passive alerts, by sitting on an object, Jones said.

Chado is a focus-alert dog.

“It’s the way they train the bomb dogs in the military,” Jones said. “You don’t want the bomb dogs scratching or actually laying on top of it, so when they get the odor they stop and stare at it.”

Jones said Chado still has some puppy in him and needs training, so he’s dedicating 30 minutes every morning to working with his new partner. Jones creates tracking situations or puzzles involving the scent of narcotics at increasingly difficult levels to help build his partner’s skill set.

“You know how good they are going to be, you just have to get them to that point,” Jones said. “It’s just like us as officers. If we don’t push ourselves, we’re not going to get any better.”

Jones said it’s his responsibility to advance Chado further in his talents.

“He’s going to be an awesome asset to this department,” he said. “I love having him. I know with Rexo, from where Rexo was when we first got him, back to where he was when he retired was amazing.”

Devlin said the great thing about Chado is he’s not only trained in detecting narcotics but also in tracking people, whether it’s a person who is lost or a person on the run.

“There have been instances in the past several years in Hewitt where we wished we had a tracking or patrol dog,” Devlin said. “Every day that he comes to work he works. There is no down time for him for every shift that he’s on.”

What most people don’t know about being a K-9 handler is the amount of work that goes into the position, Jones said. Outside of regular and constant training, Jones said, Chado can only eat two hours before, or after, a shift. Riding along so much in a vehicle can build gas in a dog’s stomach that can become fatal, he said.

Despite the work, Jones said, he’s wanted nothing more since he was a child than to be a K-9 handler.

“It’s frustrating at times because dogs, just like humans, have off days,” Jones said. “When we go train and it’s something easy and he doesn’t get it, it’s really, really easy to get frustrated. Emotion plays a big part too. The way I’m feeling runs down the leash. If I’m stressed out or mad or something, he feels it. I could retire as a K-9 handler 30 years from now.”

Devlin said the department budgeted about $11,000 for Chado, which covered Jones’ three weeks of training, the purchase and supplies.

“It makes us whole again,” Devlin said. “He’ll make up the difference. We shut down a lot of bad activity with Rexo.”

Meanwhile, Rexo is enjoying the life of retirement.

Still living with Jones and his other dog, Rexo has made the transition from working dog to beloved pet.

Chado, who also stays with Jones, has his own kennel and is kept separate from the Jones’ pets.

Hewitt police K-9 to retire due to rapid vision loss

The Hewitt Police Department will retire its K-9 officer, Rexo, after learning that the 31/2-year-old dog is going blind because of a rapidly …

Hewitt’s newest police officer may appear cute and cuddly, but he’s alert and well-trained to sniff out crime in the city.

Hewitt wants K-9 unit to handle its own drug searches

The Hewitt Police Department wants to start its own K-9 unit to assist in the rising number of drug-related cases in the city.

Nearly half of all animals, a third of all plant life is under extinction in U.S.

Nearly half of all animals, a third of all plant life is under extinction in U.S.

More than 20 dead in Chile as dozens of wildfires spread

More than 20 dead in Chile as dozens of wildfires spread