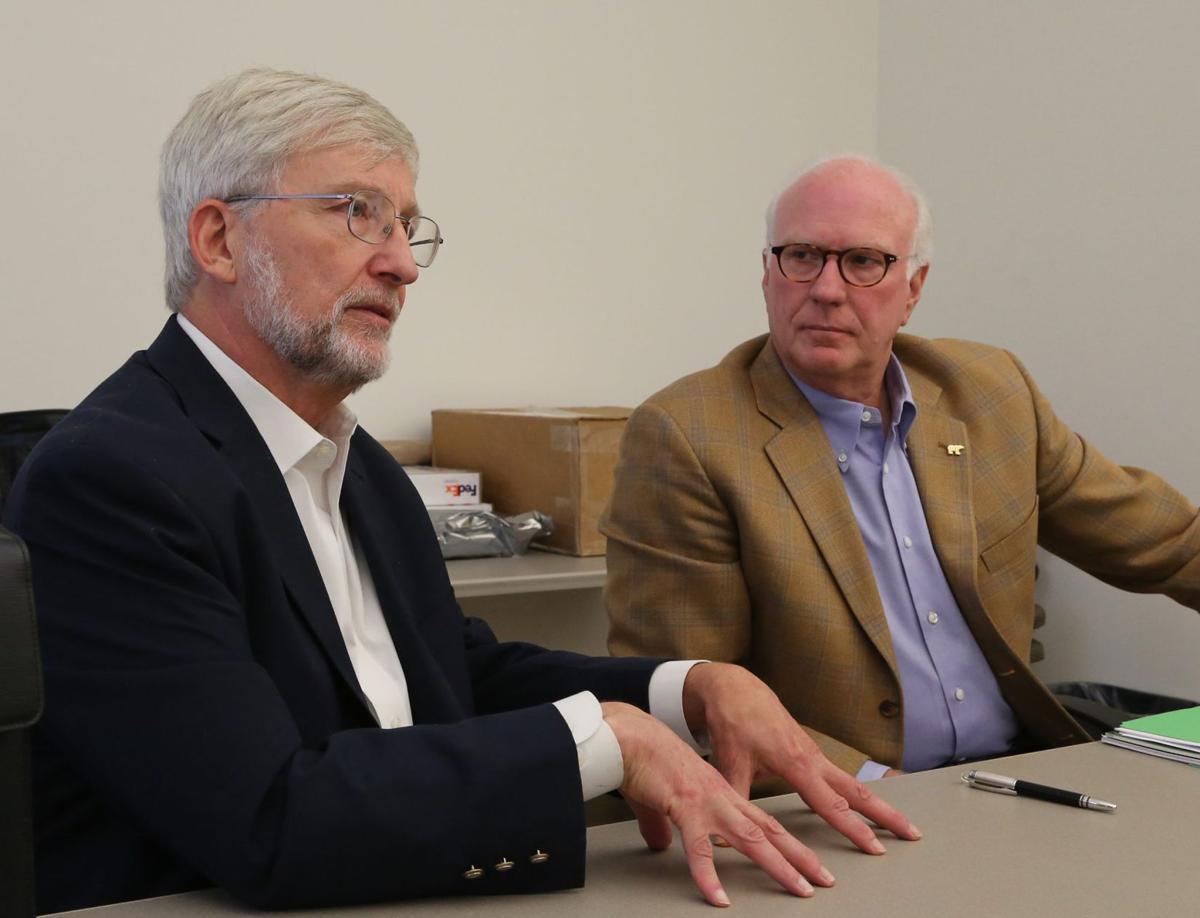 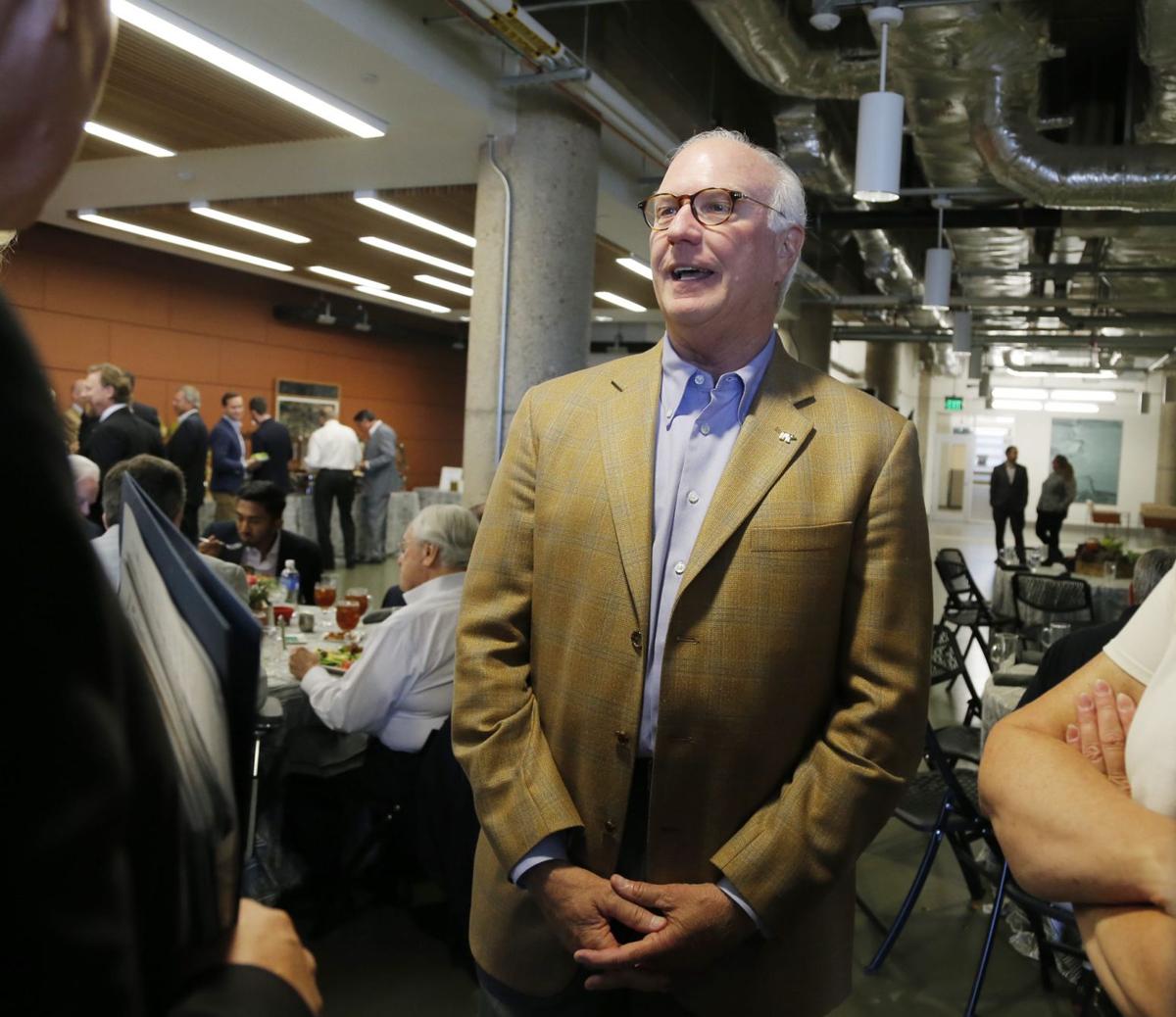 Baylor Board of Regents Chairman Ron Murff at an appreciation lunch for city leaders Thursday. 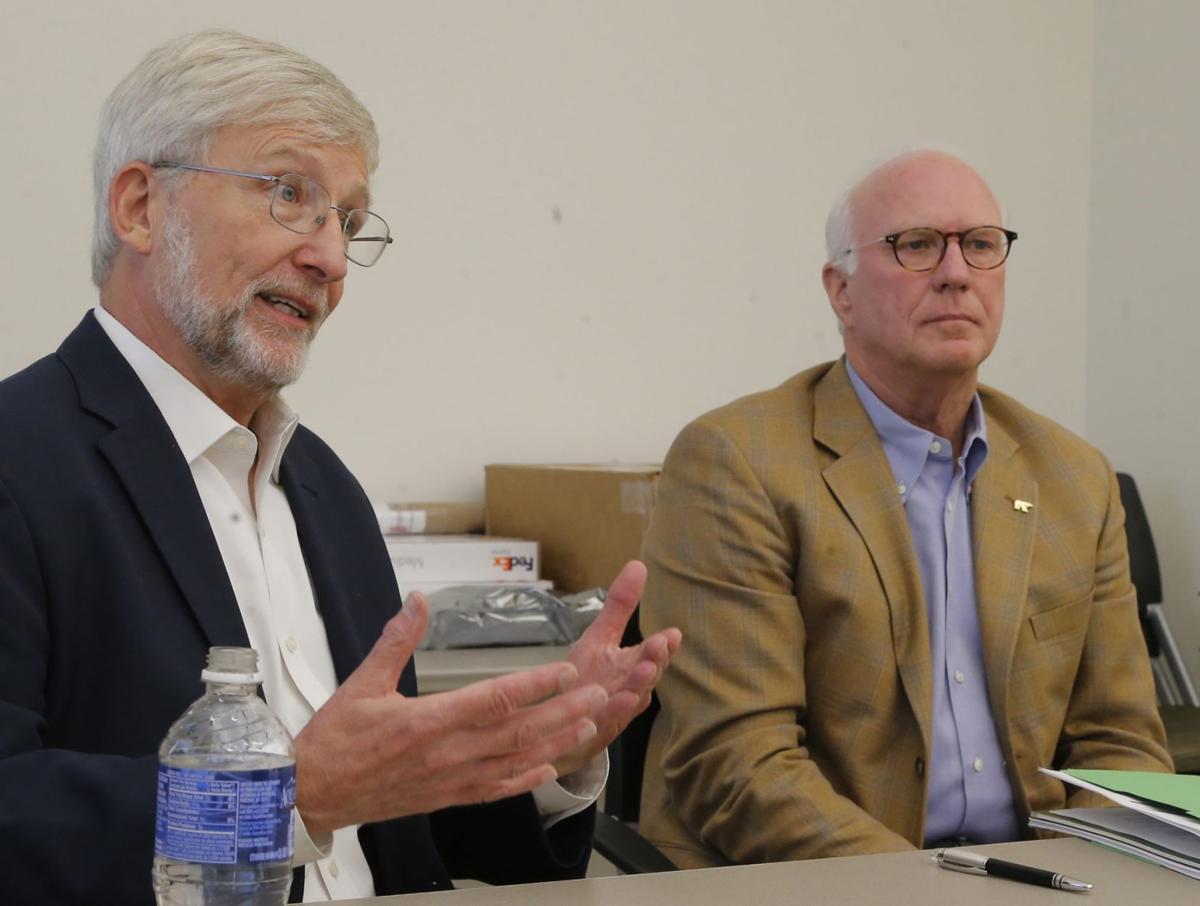 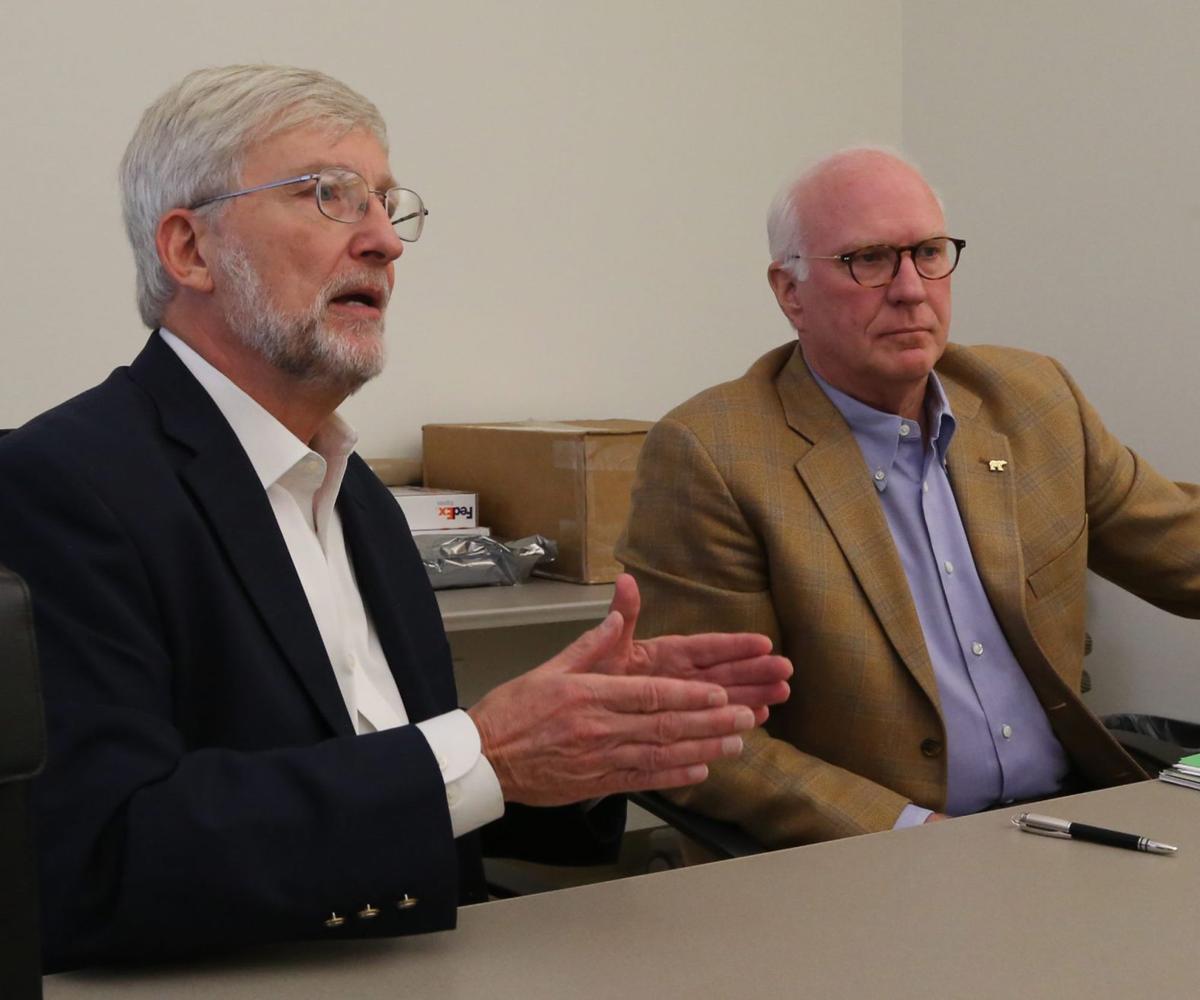 “There were some things that the administration was not doing,” regent chairman Ron Murff said. “We did not implement Title IX properly. We did not have it properly funded. I’m talking back to 2011 and ’12, the earlier years. We did institute a full-time coordinator when Patty (Crawford) came in the fall of 2014. Maybe that should’ve been done earlier with all of the regulations that were out there.”

Murff made the remarks during a Tribune-Herald interview after an appreciation lunch for city and county leaders at the Baylor Research and Innovation Collaborative.

Baylor is among universities nationwide battling campus sexual assault, after it was embroiled in a national scandal when it acknowledged its failures in addressing sexual assault and made leadership changes. Women have publicly shared their stories of Baylor officials meeting their reports of sexual assault with indifference.

In 2011, the U.S. Department of Education’s Office of Civil Rights released a “Dear Colleague Letter,” reminding universities of their responsibility to investigate sexual assaults.

In May, the Baylor Board of Regents removed Ken Starr as president and Art Briles as head football coach. Regents also placed Ian McCaw on probation as athletics director. He resigned days later.

Murff said when Pepper Hamilton LLP, the Philadelphia-based law firm that scrutinized how Baylor investigated claims of sexual assault, started its investigation almost a year ago, he expected a difficult ending.

“You don’t start many of those types of investigations where you give someone full access, unfettered access, without there being some issues,” he said, in his first interview with the Tribune-Herald since becoming board chairman in May. “We didn’t know what it was going to be, but certainly there was a thought that there wasn’t going to be a soft landing, if I could use that term.

“So as we came into May, a few months ago, we heard the findings, got the information from Pepper Hamilton, heard the details of the victims of what had happened and what had not been done properly. As we started trying to decide what do we do with that information, from the beginning our thought process was ‘We need to do what’s right.’ ”

Murff said the contributions of Starr, Briles and their families to Baylor were hugely significant, but that the weight of the evidence, including the experiences of sexual-assault victims, demanded major changes at Baylor.

“As we heard everything that we heard, as we were walking through and trying to make our decisions, we felt like the actions that we took were reasonable and were proper considering the information that we got,” Murff said. “It was sad.”

Regents heard oral presentations from Pepper Hamilton, then released a 13-page “Findings of Fact,” which was written by the board. The board also released the law firm’s 105 recommendations for the university to implement.

Along with news media, many Baylor constituents, including alumni, faculty and students, have demanded release of the full Pepper Hamilton report, including any evidence that led to Briles’ and Starr’s dismissals. When asked why there was no full, written report produced by Pepper Hamilton, Murff cited several issues.

“The other part of it was — you’ve heard this before, and it’s not an excuse — you have laws like FERPA (the Family Educational Rights and Privacy Act) that are very rigid about what can be said.”

Murff and interim President David Garland mentioned cases at the University of Virginia in which the U.S. Department of Education Office for Civil Rights actually forbade the university from releasing a full report on the same topic, even with the identities of victims redacted. Murff also mentioned issues of confidentiality and attorney-client privilege.

“We wanted to be able to act as quickly as we could because we thought it was prudent,” Murff said. “We wanted to make sure the students were safe. We knew we had the summer to do some things if we had to get ready for the fall. There were several issues there — primarily, just urgency. Add everything else to it that led us to the form of how we disclosed the information. We heard all these things that we wrote in the briefing if you will, findings of fact, which were pretty up-front, pretty brutal, as to the things that we heard. We wanted to make sure we’re dealing with the problem and wanted to protect students.”

Garland and Murff agreed that enforcement of a culture that prevents sexual violence is difficult to implement — more difficult than implementing policies, procedures and personnel changes.

“It’s a national issue, obviously,” Murff said. “To say it’s a culture issue is difficult to say. Culture is a big word. It can encompass a lot of things for a very narrow issue. Obviously, we’re not the only ones dealing with the issues. That’s interesting, but it doesn’t matter to Dr. Garland and I.”

Garland said Baylor officials are discussing how to turn a pledging culture in fraternities into a mentoring culture. He said seniors should mentor freshmen, and adult supervision should also increase at fraternity events.

Garland said Chris Howard, a Baylor regent and president of Robert Morris University, implemented “masculinity programs” at his school, meant to instruct students what “it means in our culture to be a man.”

“Manhood is associated with three B’s: the billfold, the bedroom and the ballpark. We need to redefine those,” Garland said. “I can do all those (Pepper Hamilton) recommendations. The hard part is too late — after the fact of an assault, for example. I want to try to prevent it from happening.

“From my perspective, as a Christian, research university, we need to try to do things that will prevent this.”

Murff and Garland said universities face difficulties when trying to determine the right outcome of cases going through the Title IX Office’s process. Federal law states that universities need a “preponderance of evidence” to find that someone committed a sexual assault, which is not as strict as the legal system’s standards.

“It may not seem fair to the university side,” Murff said. “It is difficult to make those decisions. People have two different versions of the story. It’s emotional, and it’s salacious in some cases, sadly. Would the court system be a better place to do that?”

In its “Findings of Fact,” the board said Pepper Hamilton found a “fundamental failure” to implement federal laws protecting women, including Title IX. The athletic department was found to have “created a cultural perception that football was above the rules.”

Two former football players, Tevin Elliott and Sam Ukwuachu, have been convicted of sexual assaults that occurred while they were associated with the program. In 2014, Elliott was handed a 20-year prison sentence. Ukwuachu was convicted last fall but is pushing for a new trial.

Shawn Oakman, a member of the 2015 squad and Baylor graduate, was arrested by Waco police on a sexual assault charge in April and indicted on that charge Wednesday. Other recent football players have been named in Waco police reports alleging sexual and physical violence.

Waco police arrested Jacob Anderson, who was a Baylor fraternity president at the time, on a sexual assault charge in March. Anderson has since been indicted on the charge. Women have publicly come forward with their accounts of how Baylor officials mishandled their claims of sexual assault. A candlelight vigil outside Starr’s home and numerous prayer services were held to support survivors.

Since May, Baylor has announced task forces and implementation teams to apply Pepper Hamilton’s recommendations, which Garland said he views as mandates.

Jim Grobe has been hired as acting head football coach, and on Monday Baylor introduced Mack Rhoades as athletic director.

In his July 31 guest column in the Trib, Baylor University Interim President David Garland asserted that Baylor would accept as mandates all 1…

When Jim Marsh started working at the Baylor University Counseling Center in 1999, he was one of three staffers. In a few months, that number …

Baylor Board of Regents Chairman Ron Murff at an appreciation lunch for city leaders Thursday.