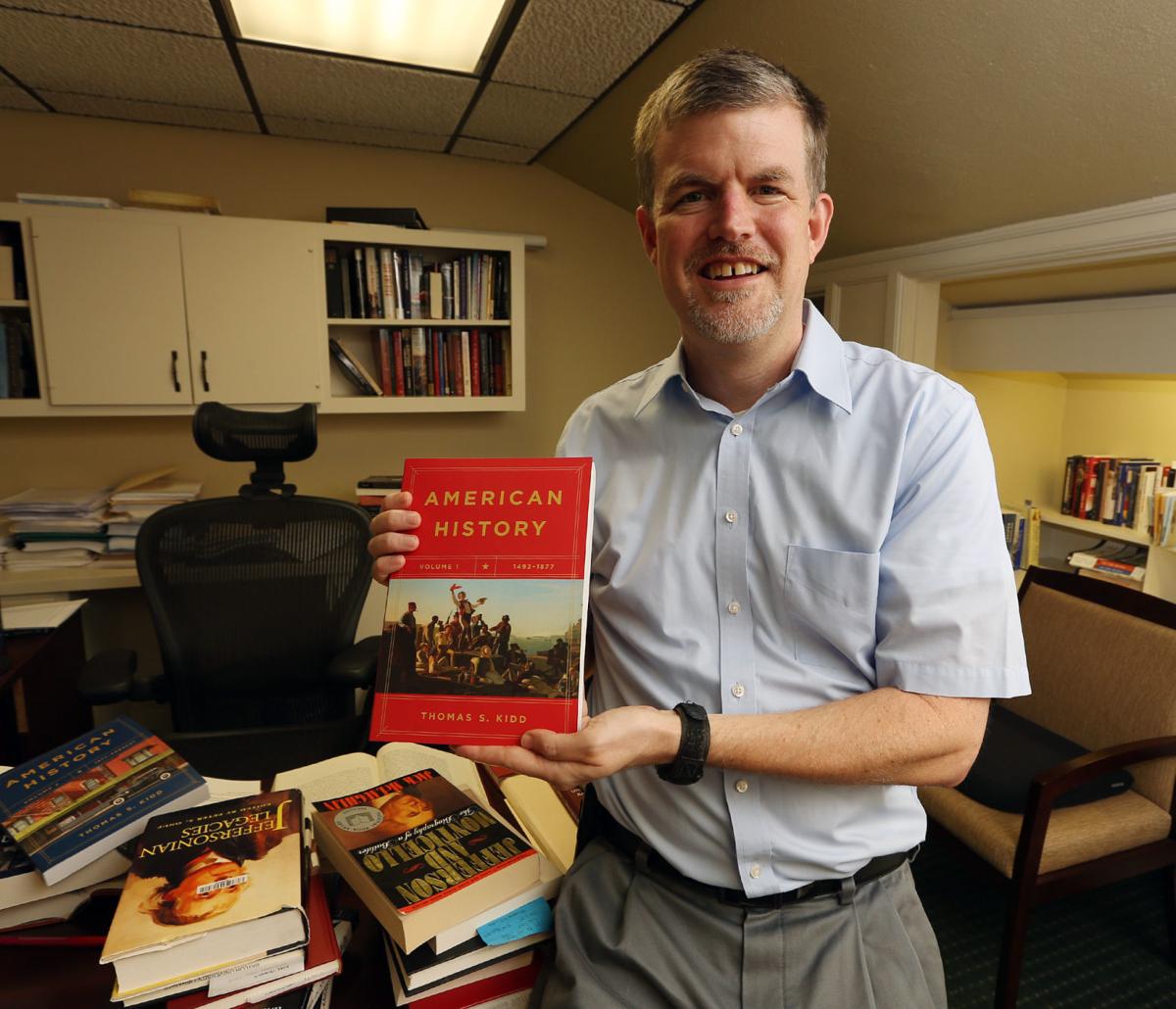 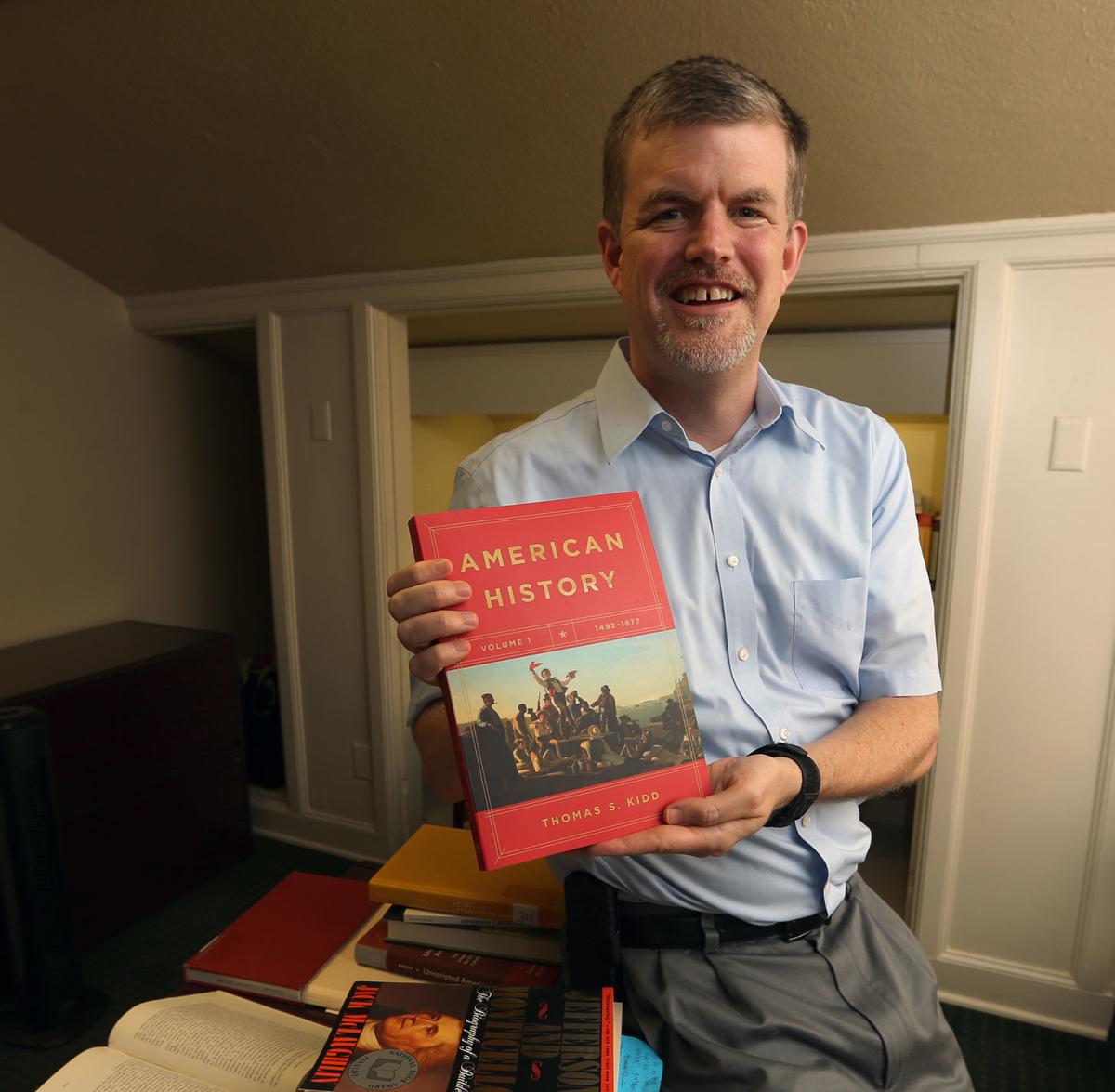 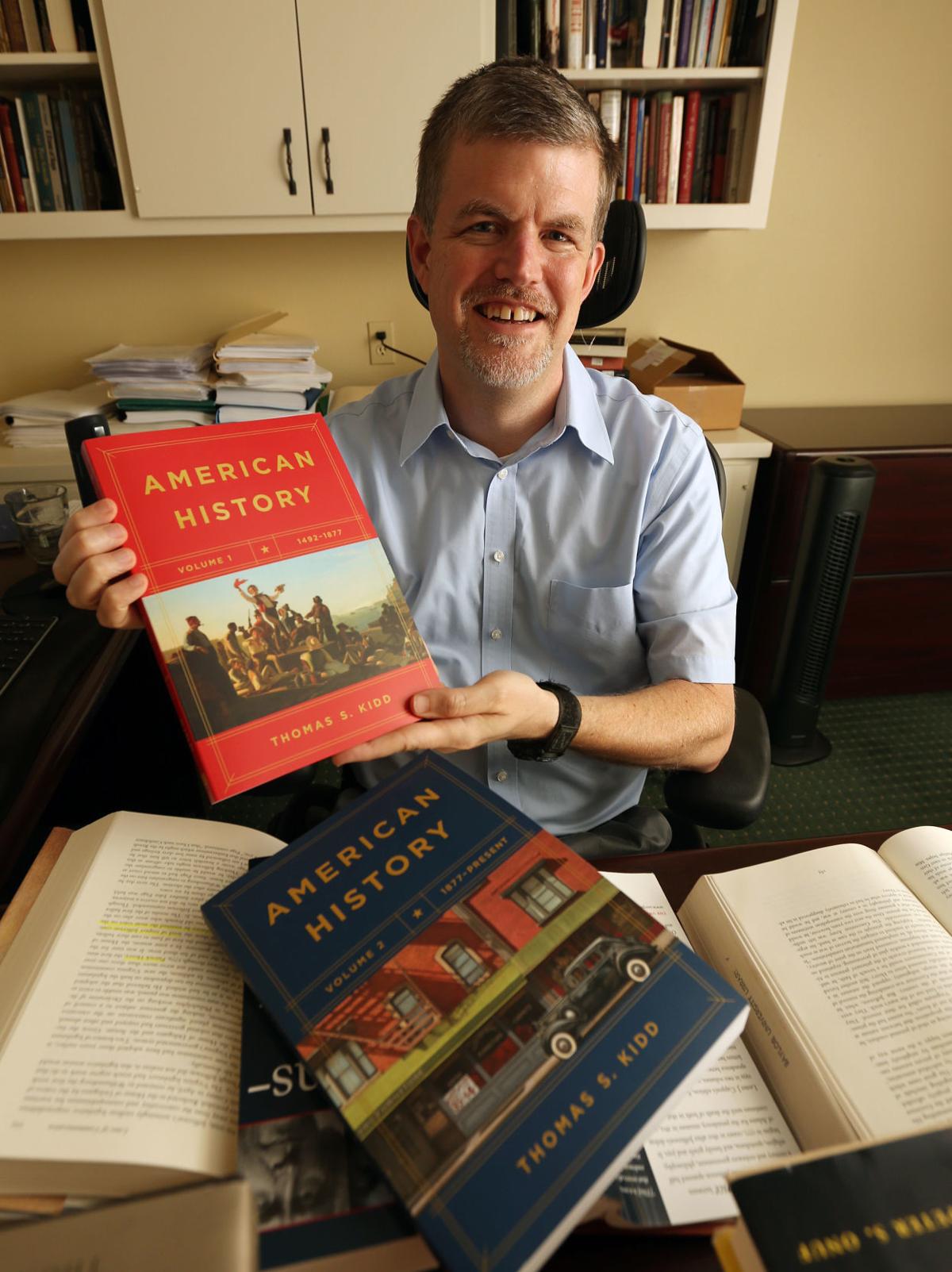 Independence Day has many Americans not only reflecting on the freedoms and qualities they enjoy, but the history of the country created to establish those freedoms.

American history is familiar territory for Baylor University history professor Thomas S. Kidd, but “American History” is also the title of his latest book, a two-volume history textbook published in April by B&H Academic, a division of Lifeway Christian Resources.

It is a slight change of pace for Kidd, a prolific historian with critically praised biographies of Patrick Henry, Benjamin Franklin and 18th century evangelist George Whitefield and histories of religion during the colonial period and early days of the republic.

Rather than a detailed look at a specific period or person, Kidd views the big picture in “American History,” compressing the span of American history, from pre-Columbian Native American settlements to the 2016 Presidential election, into fewer than 700 pages.

B&H Academic saw an opening in the textbook market for Christian colleges and educators for an American history text that recognizes religion as an important thread. The publishers commissioned Kidd to write one. While a textbook was not high on Kidd’s list of interests, he said the project had an appealing challenge, particularly since most history texts are crafted by multiple authors.

“Ordinarily, textbooks don’t tend to get much attention,” he said. “But I was interested in doing a single author approach, which I think gives a coherence that’s sometimes missing.”

It also gave him a chance to produce a more balanced look at American history and Christianity to counter what he considers a misuse of history by authors such as David Barton, who claims the Founding Fathers intended to create an overtly Christian nation.

While Kidd, a Christian, believes Christianity and faith played key roles in America’s beginnings, it is more a question of influence rather than intent.

Three themes run through Kidd’s “American History:” the long influence and interaction religion, particularly Christianity, has had on the country; the racial and ethnic conflicts that also run throughout American history; and the growth of an national entertainment-driven culture shaped by mass media and the internet.

Kidd’s regular contact with college students, some who could not envision a world less connected than today’s, shaped the latter theme and provided perspective on why studying history is important, he said.

While most American history texts address religion in discussions of the Puritans and the role religion played in the formation of the Constitution and Bill of Rights, it often disappears from textbooks after the early 19th century. Kidd’s history addresses religious movements including the first and second Great Awakening revivals of the 18th and 19th centuries; the rise and fall of various denominations; the appearance of new faiths; and religion’s role in social and political movements such as the 20th century’s fundamentalism, Prohibition, Moral Majority and growth of pro-life organizations.

“I wanted religion to be as much a part of the fabric of the second volume (which covers 1877 to the present) as the first,” he said.

As expected, he found the span of American history informing much of the present.

“I was struck by how fresh a lot of the material seems to me,” Kidd said. “Religious conflict and ethnic conflict, we repeat the same kind of tensions and struggles.”

The current controversy over securing the country’s southern border with Mexico, for instance, revisits similar arguments heard in the 1910s when thousands of Mexican immigrants fleeing the violence of the Mexican Revolution crossed into the United States.

“At the same time, there is a danger of assuming the world of the past worked in the same way as today’s,” he said. “(History) is more complicated than what you make it out to be. … We flatter ourselves when we think we would have done better.”

With his new history now published, Kidd is back working on a smaller, more personal slice of history, a look at Thomas Jefferson with the working title “Thomas Jefferson: A Biography of Spirit and Flesh” with Yale University Press as publisher.

In a nutshell, he examines the many contradictory impulses of the Founding Father, how a man who championed soaring views of freedom and belief could be so dissolute and undisciplined as an individual, and how someone who was publicly skeptical of religion was obsessed with the Bible, working on his own edited version even while president.

As a historian, Kidd finds plenty to celebrate on the Fourth of July, but particularly a freedom of belief that was recognized and safeguarded from the beginning.

“Religious liberty as the founders envisioned it … was emphasizing the free exercise of religion, and that’s something we all can be grateful for,” Kidd said.

Sunisa Lee's father after gold: 'Is this real?'

Sunisa Lee's father after gold: 'Is this real?'