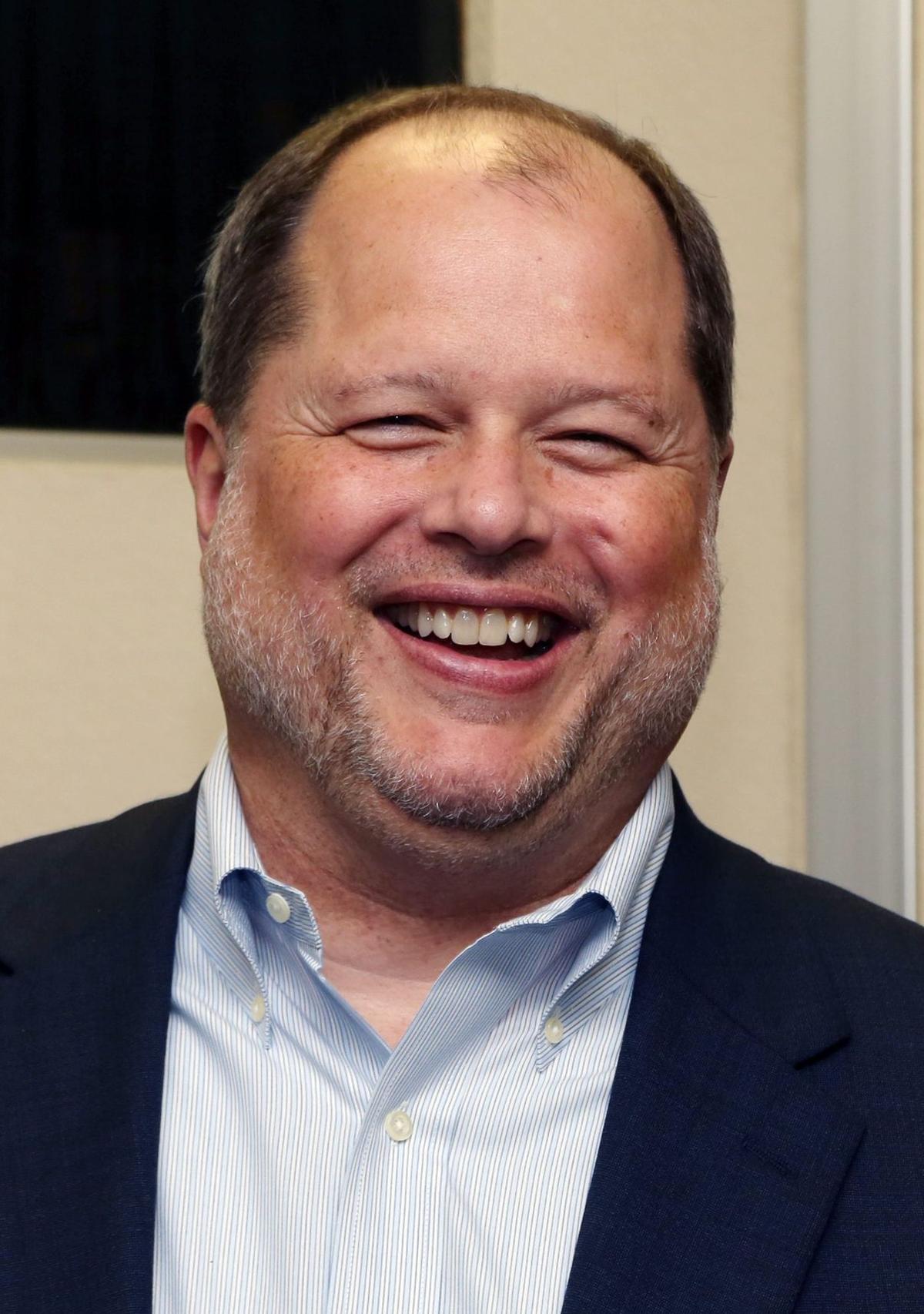 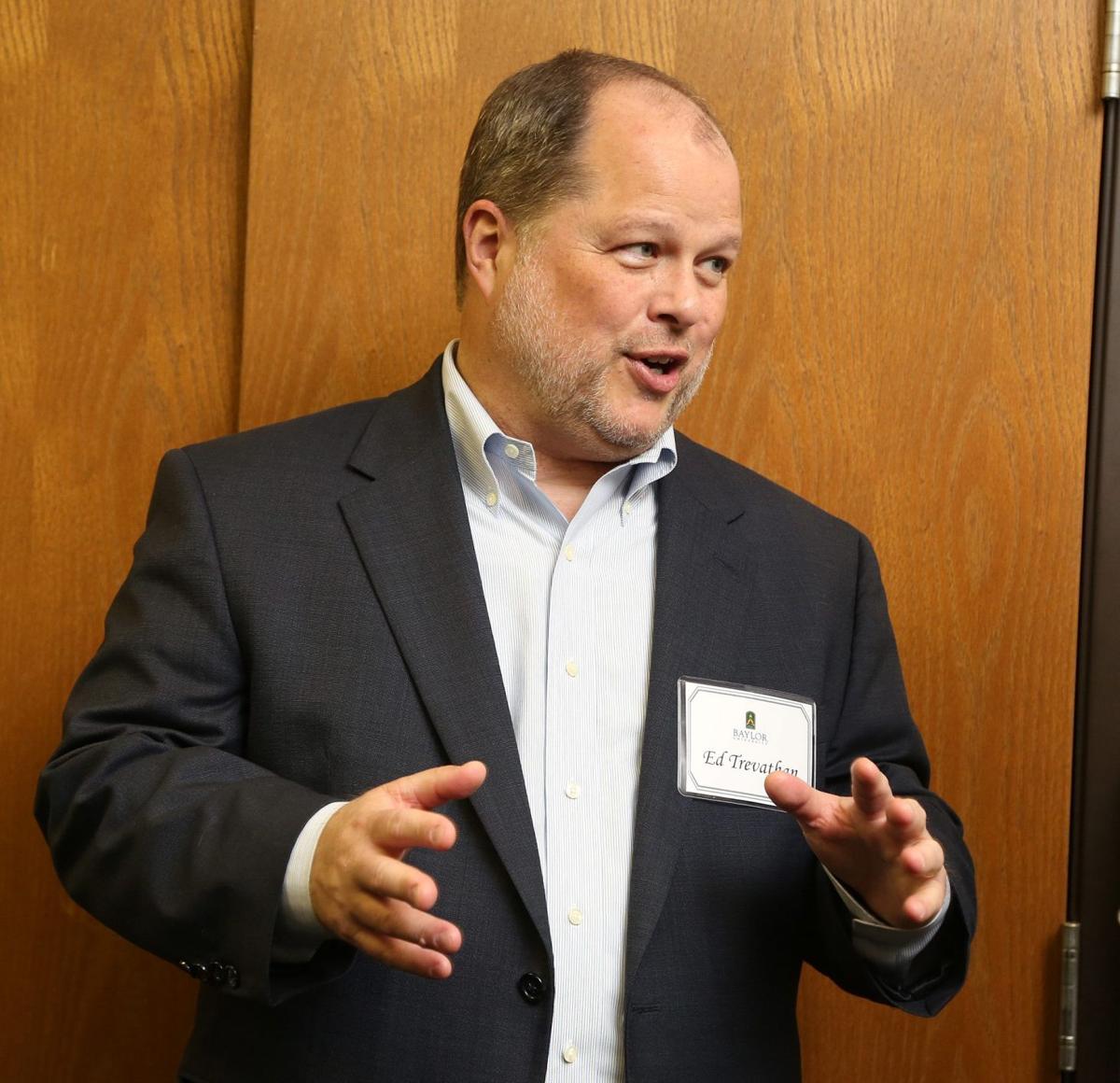 Ed Trevathan resigned as Baylor’s provost and executive vice president. He will remain with the school as a neuroscience professor.

Baylor University Provost and Executive Vice President Edwin Trevathan resigned from his position this week after holding the post for less than eight months. He will remain at Baylor as a neuroscience professor.

Trevathan was previously a professor of epidemiology and dean of the College of Public Health and Social Justice at St. Louis University in Missouri.

“After prayerful consideration and consultation with my family, we have decided that the position of executive vice president and provost at Baylor University is not a good fit for us,” Trevathan said in a statement. “I have, therefore, decided to step aside from my role as EVP and provost.”

Todd Still, dean of Truett Seminary, will serve as interim provost, and a search for a permanent replacement is in the planning stages, university spokeswoman Lori Fogleman said.

Trevathan’s resignation comes amid faculty disagreement over the possible implementation of a chief diversity officer at the school. President and Chancellor Ken Starr put the idea forward in the fall and created the Chief Diversity Officer Implementation Planning Group to study diversity at the school and ultimately create the position. Faculty were informed of the move in a letter from Starr in November.

Documents obtained by the Tribune-Herald show faculty disagreement over the necessity of the position, with some claiming it could be a slippery slope causing the school to move away from its Christian identity. It was not immediately known whether Trevathan’s decision to resign was connected in any way to the ongoing debate among Baylor constituents about the chief diversity officer position. Trevathan was unable to be reached this week, and several others declined comment on his resignation and the circumstances surrounding it.

Elizabeth Corey, Baylor Honors Program director, wrote about the complicated nature of diversity for Christian schools in an Oct. 28 blog post, “Diversity in the Christian University.”

“Even while we embrace aspects of diversity, Christian schools must be bold enough to say that we prioritize a certain kind of particularity of difference from our many secular competitors,” Corey wrote.

She wrote that “Christian schools should think long and hard . . . before they sign their souls over to the secular rule of diversity officers.”

Lynne Hinojosa, an associate professor of literature in the honors program, wrote an opposing viewpoint in an internal Baylor letter obtained by the Tribune-Herald titled “Some Truths and Untruths in the Arguments against Diversity Initiatives at Baylor.”

“Let us conscientiously set out to institute new practices that rectify these imbalances. A CDO ideally helps us do this,” Hinojosa wrote. “Baylor may not be full of overt individual racists and sexists, but it is a structurally racist institution.”

Baylor spokeswoman Lori Fogleman said there is always active conversation around campus on a variety of issues, and Baylor looks forward to those discussions continuing.

“As the now-unfolding (and lively) conversation on our own campus overwhelmingly demonstrates, we need to redouble our efforts to increase the racial and ethnic diversity of both our faculty and staff,” Starr said in a Nov. 11 letter explaining the group to faculty and staff.

He noted that 13 percent of full-time faculty identify as persons of color.

“We are grateful for (Trevathan’s) dedicated service to Baylor University and the manner in which he has helped position us for future success,” Starr said in a statement.

David Schleicher, Board of Contributors: Bearing one and all deep in the community forest

As I was reading the arguments of some Baylor University faculty against the hiring of a chief diversity officer, I fell asleep and had the fo…

Given the fanfare and excitement greeting new Baylor University Provost Edwin Trevathan on campus and in our community, his decision to step d…

Despite concern from some faculty members about Baylor University’s initiative to increase diversity, the school’s new President’s Advisory Co…

Multiple hires will “definitely” be made to coordinate diversity initiatives at Baylor University, said Lori Baker, chairwoman of the Presiden…

Baylor University’s search for a new provost ended Wednesday with an announcement that L. Gregory Jones is filling the position, effective May 16.

Jones was senior strategist for leadership education at Duke Divinity School and is no stranger to Baylor. He has been a senior adviser in Baylor’s Institute for Faith and Learning since October. At Duke, he was also the Ruth W. and A. Morris Williams Jr. Professor of Theology and Christian Ministry.

“I’ve really come to have a deep affection and admiration for Baylor up close,” Jones said. “I’ve known the school for many years, friends who have taught here, and taught students who graduated from here in my roles at Duke, and I’ve always admired the people who comprise the Baylor community.”

Ed Trevathan resigned as Baylor’s provost and executive vice president. He will remain with the school as a neuroscience professor.