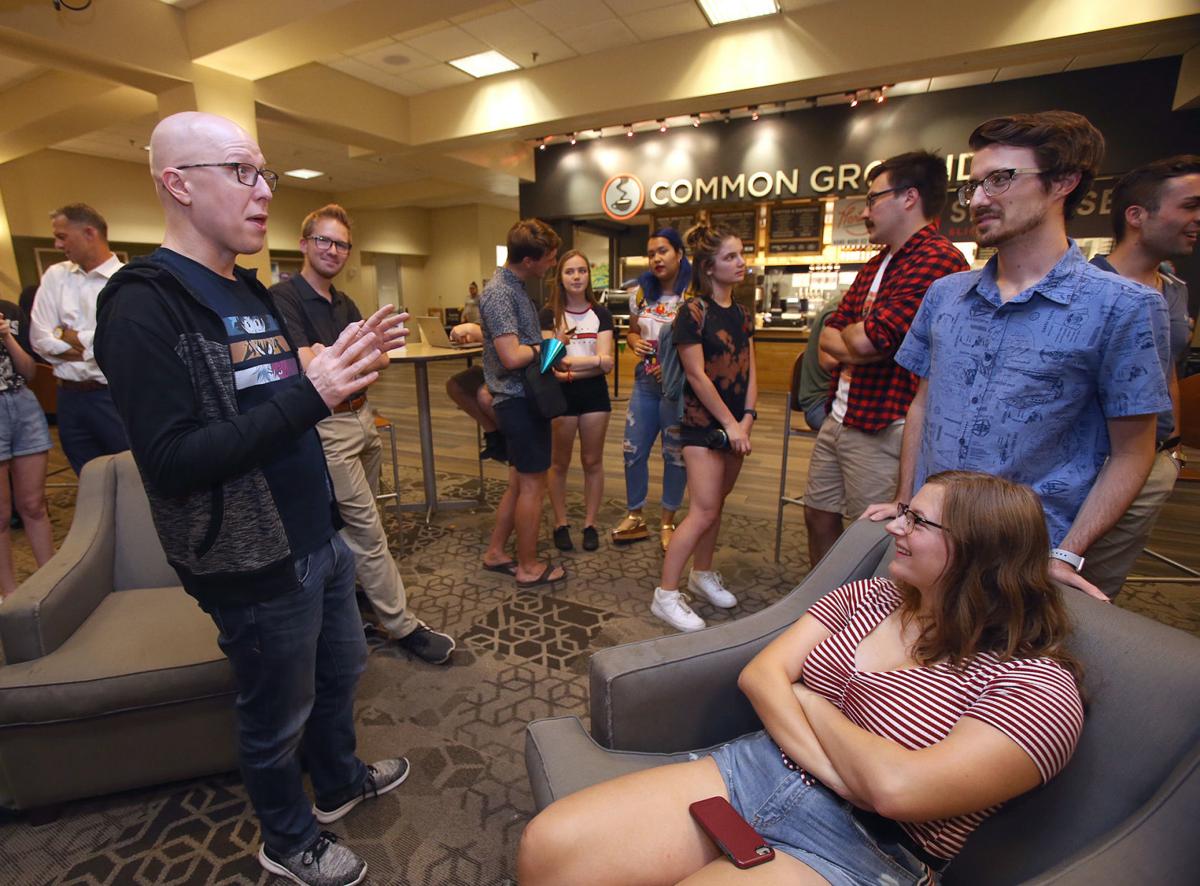 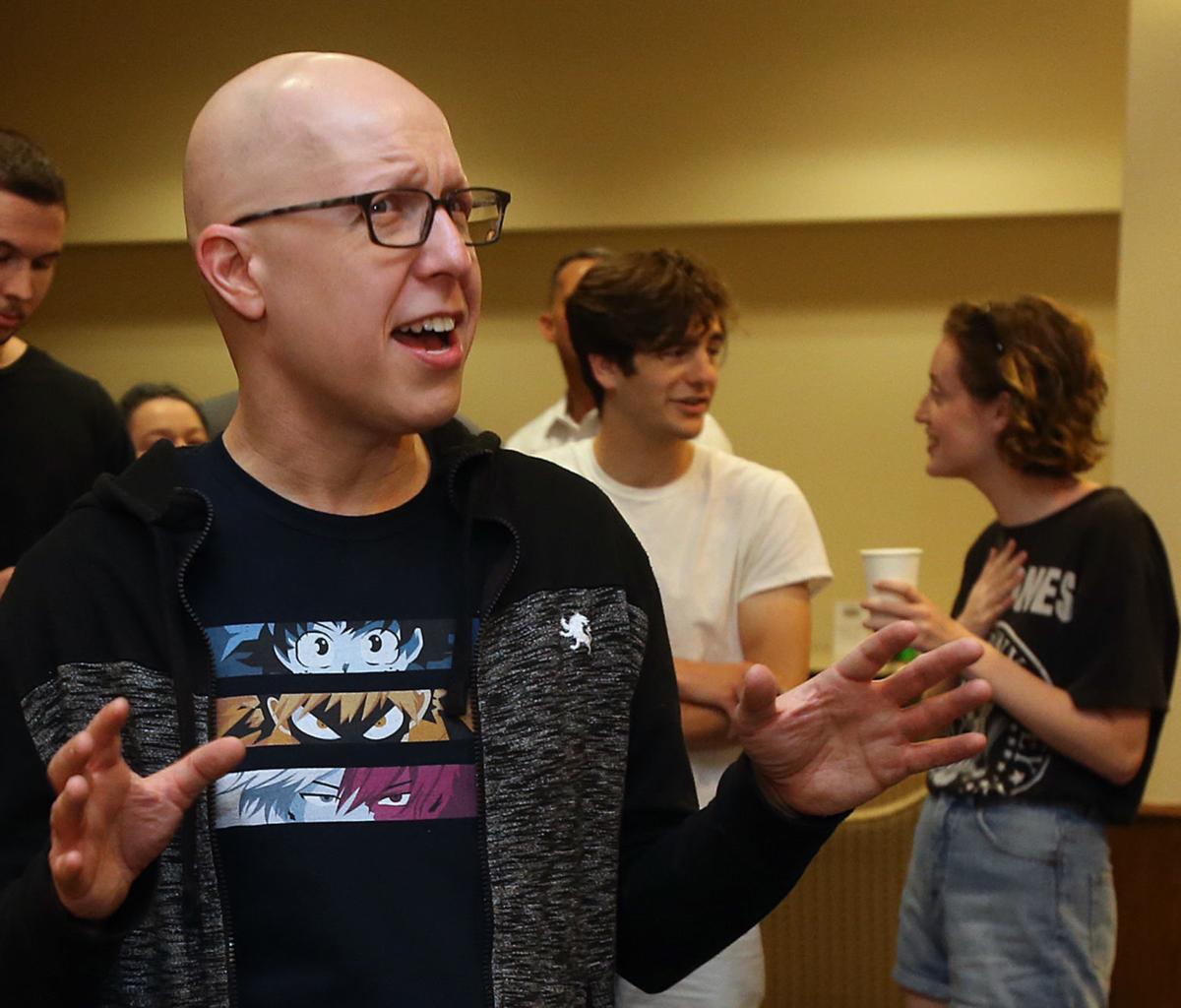 A leading proponent of building bridges between churches and LGBTQ Christians will speak Tuesday at Baylor University, where debates over sexuality and faith have come to the forefront.

The Baylor School of Social Work is hosting a discussion with Justin Lee, a nationally known author and founder of the Gay Christian Network.

Lee will speak at 6:30 p.m. Tuesday on the fifth floor of the Cashion Academic Center. The event is free and open to the public.

Lee, author of “Torn” and “Talking Across the Divide,” has been writing about his experiences as a gay Christian since the late ‘90s. He founded the Gay Christian Network, now called the Q Christian Fellowship, in 2001, later parting with the organization in 2017. In his Baylor appearance he aims to discuss the way the Christian churches have handled LGBTQ issues in the past and how to better address them in the present.

“I’m not coming to give a theological talk on same-sex marriage or anything like that,” Lee said in an interview Monday. “My goal is to be able to speak to Christians on all sides of the theological disagreements and just focus on how we take care of people who are, right now, not always being cared for.”

He said debates about theology can often turn abstract, but he wants to focus more on students’ tangible experiences.

“We have to stop and say ‘What does this mean for the person sitting in the pews, for the student who is here at Baylor who is LGBTQ or who is wrestling with questions?’ “ Lee said. “What does all this mean for that person, realistically? What does it mean for Christian institutions and individuals in terms of how we treat people better?”

Lee said in his experience, it’s important for LGBTQ students to have ample opportunity to discuss their lives the way anyone would. Lee said after growing up Southern Baptist, speaking with other LGBTQ students in college and realizing he wasn’t the only one was crucial to him.

“For many LGBTQ students coming from conservative Christian homes, they’re already bringing a lot of cultural baggage and loneliness from growing up in the church,” Lee said. “It can be very difficult to work through all of that in a place like Baylor.”

Lee said there’s been rapid culture shifts in the way people think about and understand gender and sexuality within the last decade.

“It’s made people realize there’s a lot of people going through things they never knew they were going through who haven’t been well-served by the church in these areas,” Lee said. “That has really set off a lot of questions for Christians and Christian institutions that we haven’t really been focusing on for much of the church’s history.”

He said in his experience, Christian institutions can best navigate those questions when LGBTQ people whose lives will be impacted are involved in every level of the discussion.

“Those are not easy questions to work through, but I think it’s going to be really important that we not treat this as an issue to be resolved in the absence of human beings, but that we recognize that all of these conversations are ultimately about the lives of these LGBTQ students,” Lee said.

Lee’s appearance is part of Baylor’s 2019-2020 Conversation Series, which focuses on civil conversation about difficult topics. Diana R. Garland School of Social Work Dean Jon Singletary said Lee is not the first LGBTQ speaker at Baylor, but he may be the first to speak in an open venue rather than as part of a single class’ curriculum.

“This is the first time we’ve had someone with his profile at an event that is university-wide and really community-wide to promote a much larger conversation about our understandings of sexuality and as a way of wrestling with how to support our LGBTQ students,” Singletary said.

Singletary said the invitation was partially in recognition of LGBTQ students’ needs, which have been the subject of ongoing discussion since an open letter this spring calling for official recognition of Baylor’s unofficial LGBTQ student group, Gamma Alpha Upsilon, or GAY. The petition garnered more than 3,000 signatures, including those of Baylor alumni, donors and professors.

“It’s all part of how we talk about difficult issues, whether it’s part of our policy where there’s disagreement or part of the larger church conversation that it’s connected to, or values differences,” Singletary said.

Singletary said officials the School of Social Work have been encouraged by the support they’ve received. He said bringing in a speaker like Lee fits the school’s goal of educating future social workers who can work with people whose experiences may differ from their own.

“The university has been largely supportive of it,” Singletary said. “Now we know there’s a number of people who wouldn’t want us to be doing this, and disagreement, and we feel like there are conversations that will come about as a result of this.”

GAY Outreach Chair Hayden Evans said his group is barred from inviting speakers themselves as an unofficial student group.

“I’m hopeful that with Justin Lee coming to campus … that his talk will spur more action for others to gain a better understanding of the dynamic between Christianity and LGBTQ+ persons and understand that they’re not separate, they can be integrated and then hopefully people will be more supportive in our discussions and in our push for the university to recognize the need, in terms of safety and in terms of community, for LGBTQ + persons on campus,” he said.

Evans said the group’s charter was officially rejected by the Department of Student Life earlier this month, as it has been several times in recent years. A Baylor spokesperson confirmed that the charter had been rejected.

Deal reached to get Calif. kids back in classrooms

Baylor University President Linda Livingstone announced this week that the university will take steps to better support LGBTQ students, but a …

Baylor students have written letters to both the Big 12 Conference and the NCAA, asking the organizations to evaluate the university’s treatme…

Though it is summer and the Baylor University campus is quiet, conversations about inclusion continue.

Baylor students, faculty, staff and alumni have signed on to supporting official LGBTQ groups on campus, surprising some and encouraging others.

The Baylor University Faculty Senate is supporting an unofficial LGBTQ student group’s request for an official charter from the university, gi…