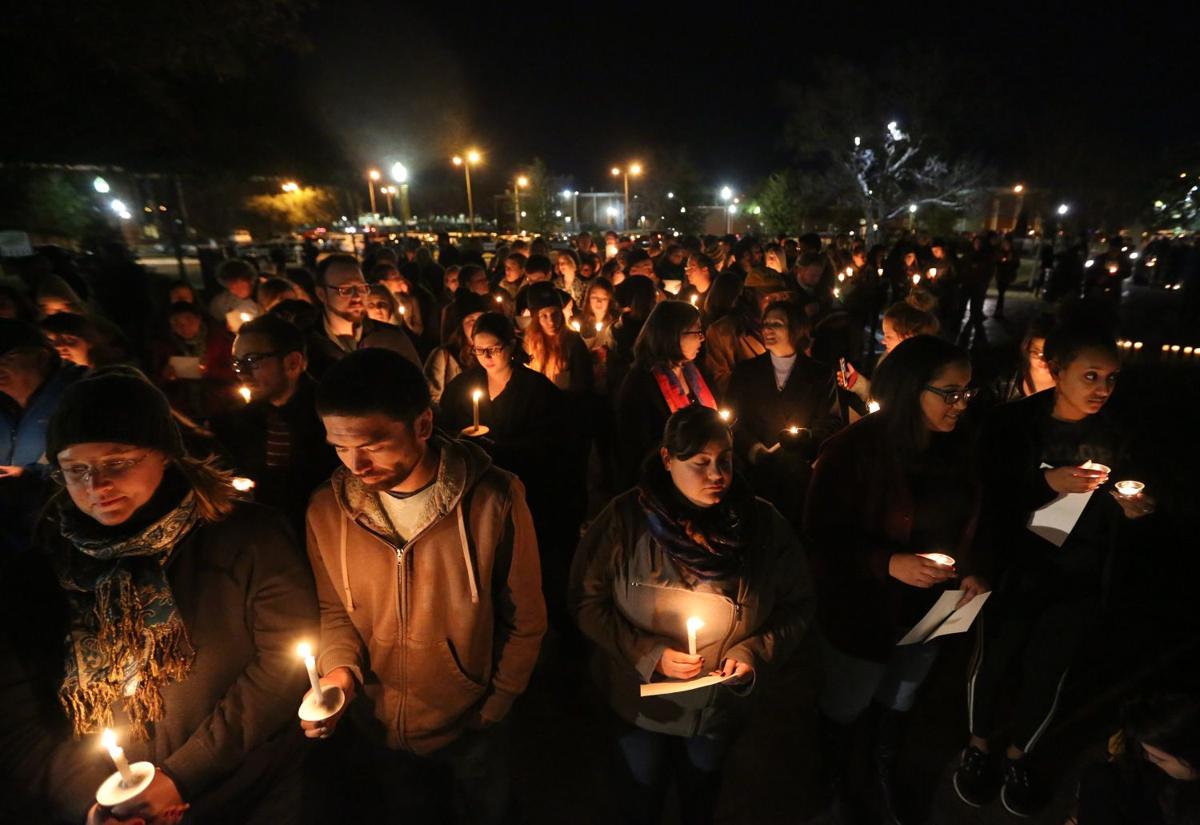 Baylor University students, faculty, staff and alumni held a candlelit vigil outside the home of President Ken Starr on Monday night. Supporters attended the event in an effort to urge changes to how the school handles sexual assault. 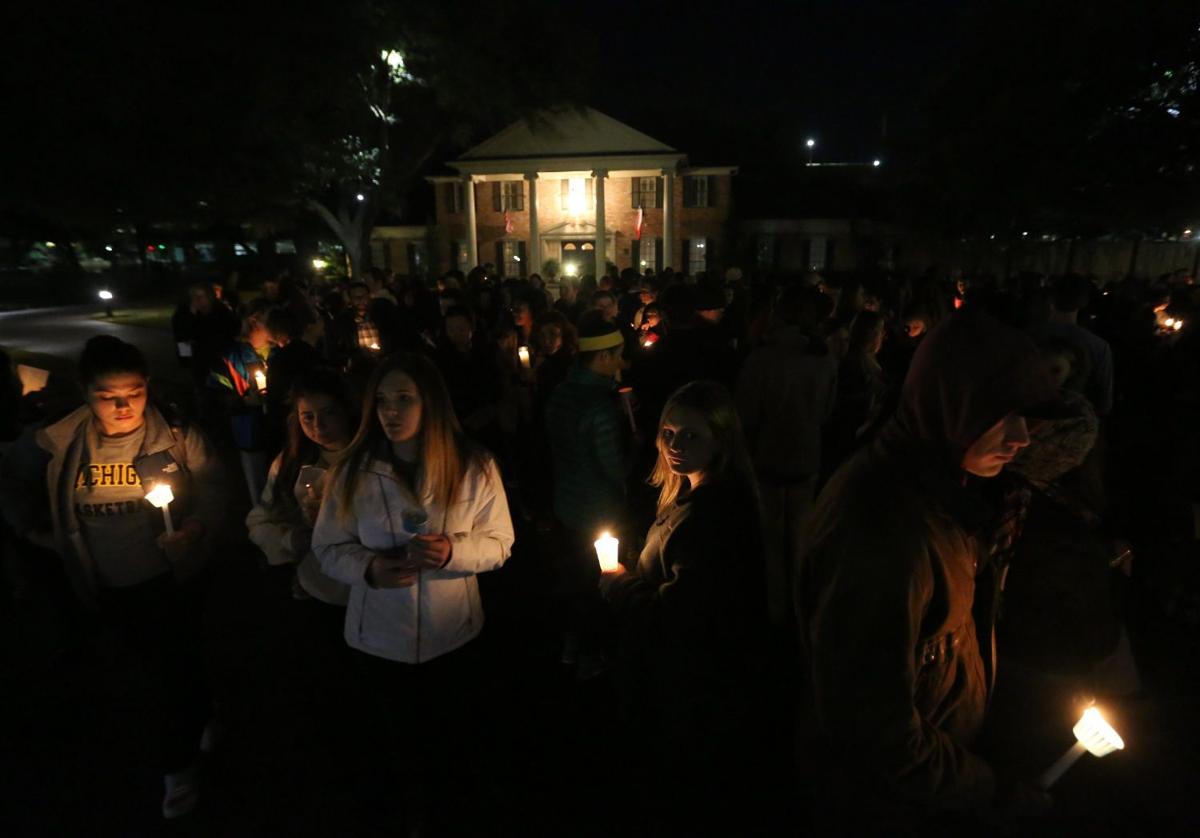 At least 200 people attended the “Survivor’s Stand” outside of Baylor University President Ken Starr’s house Monday night. Starr was out of town. 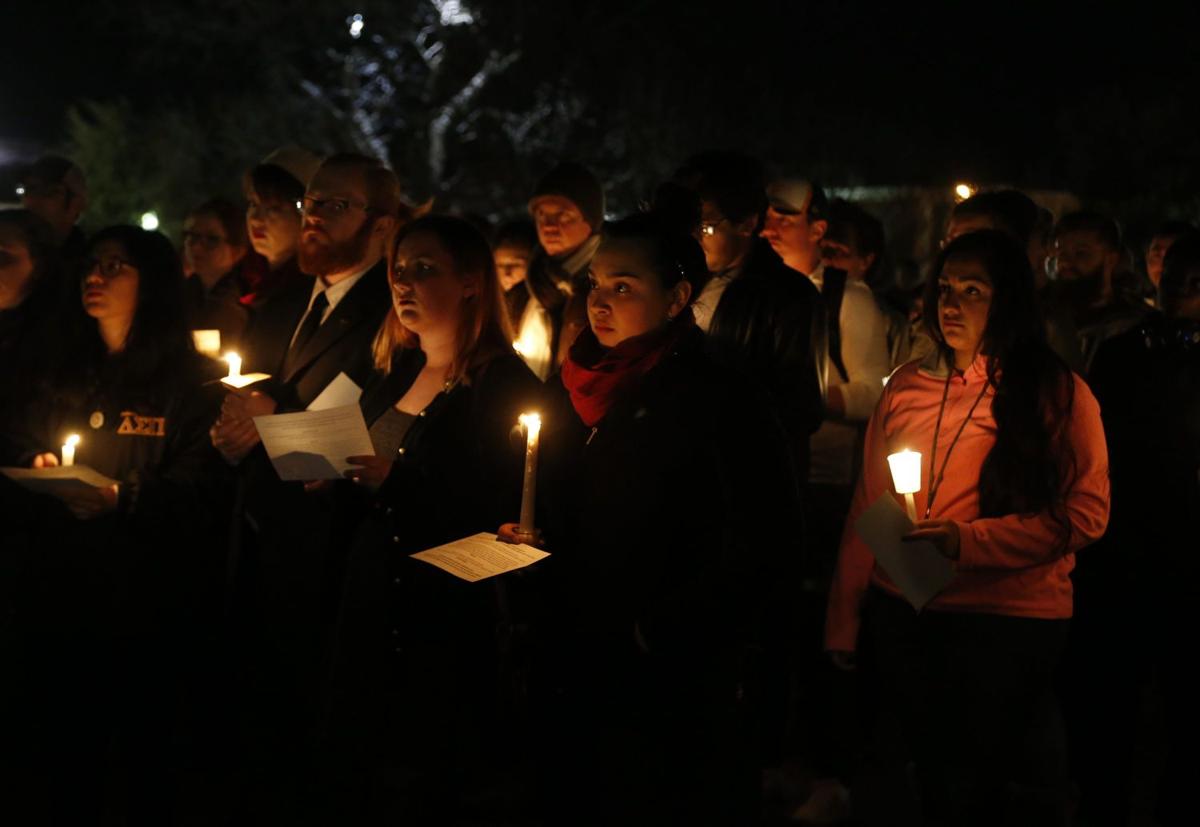 University Chaplain Burt Burleson said the event was completely student-led and that he was here to support students.

Some were moved to sing “This Little Light of Mine” during the event organizers called the “Survivor’s Stand.”

Stefanie Mundhenk, who Thursday accused Baylor of mishandling her alleged March 2015 sexual assault, which she reported in June, thanked the crowd and asked attendees to pray for change.

“It feels like a family here tonight,” she said. “As sexual assault survivors, a lot of times we feel left behind and forgotten. And I think I wanted this event to sort of say it doesn’t have to be that way any longer.”

The group observed moments of silence, and a volunteer read a poem as she walked through the crowd.

Afterward, many attendees went to George W. Truett Theological Seminary for a prayer service. The group had earlier been invited to the seminary by Truett Dean Todd Still, who also is serving as interim provost for the university after the abrupt resignation of former provost Edwin Trevathan, who remains with the school in a teaching capacity.

Starr is out of town, an employee of his office said before the gathering. Starr released a short statement Tuesday.

“We hear your voices loud and clear,” Starr wrote. “You want us to continue to improve. And you want definitive, responsible actions after we receive the insights and recommendations from Pepper Hamilton. You have my word on both.”

University Chaplain Burt Burleson was among those shielding his candle from a chilly breeze at the vigil in front of Starr’s house.

“This is a completely student-led effort,” Burleson said. “I’m here to be supportive of students.”

He said the recent turmoil over sexual assault allegations has created a somber mood on campus.

“It is disheartening for the campus community. I’m saddened,” Burleson said.

He said he hopes Baylor will use this “challenging time” to reflect on whether it is doing enough for sexual abuse survivors.

Baylor spokeswoman Tonya Lewis said in a statement late Monday night that the university is committed to addressing the issue through the Title IX office and other student groups in an effort to “shine a light.”

“The university respects the decision of our students to gather in community to share their concerns and to support those who have been impacted personally by the devastating effects of sexual violence,” she said.

A recent ESPN report including five women who claimed they were sexually assaulted by former Baylor football player Tevin Elliott has fueled the issue. Elliott was sentenced in 2014 to 20 years in prison on two counts of sexually assaulting a former student in 2012.

Three women in the story claim Baylor offered minimal support throughout the process.

Criticism also followed the August 2015 sexual assault conviction of now-former football player Sam Ukwuachu, who sexually assaulted a former Baylor athlete in 2013. The school’s investigation of the victim’s outcry came under scrutiny during and after Ukwuachu’s trial.

A Baylor senior who gave her name as Pam announced at the prayer service that on Monday she finally reported to the Title IX office a sexual assault she suffered in May 2014 at the hands of a co-worker at a Baylor dorm.

“Why didn’t I report it until now? I was afraid,” she said. “With the past treatment of assault victims, I thought I had reason to be afraid. . . . I was scared no one would believe me.”

“I’m starting to think it doesn’t have to be this way,” she added. “I felt so relieved when I walked out of that office, that I don’t have to bear this alone. . . . Baylor, please don’t let my case fall through the cracks. Please don’t ignore any more victims and show us how you, as a Christian university, are going to lead the way through this cultural epidemic of assault.”

Baylor School of Social Work freshman Sydney Pechal said the issue makes her think twice about being at Baylor.

Mundhenk echoed her frustrations from her blog posts and a Monday interview with the Tribune-Herald.

EDITORIAL: How long should a university have to overhaul how it treats assault victims?

However you feel about Baylor University’s handling of students who have been sexually assaulted, Monday’s late-night protest by some 200 stud…

EDITORIAL: It’s time for Baylor to better streamline the handling of its sexual assault crisis

Baylor University students, faculty, staff and alumni held a candlelit vigil outside the home of President Ken Starr on Monday night. Supporters attended the event in an effort to urge changes to how the school handles sexual assault.

At least 200 people attended the “Survivor’s Stand” outside of Baylor University President Ken Starr’s house Monday night. Starr was out of town.

University Chaplain Burt Burleson said the event was completely student-led and that he was here to support students.