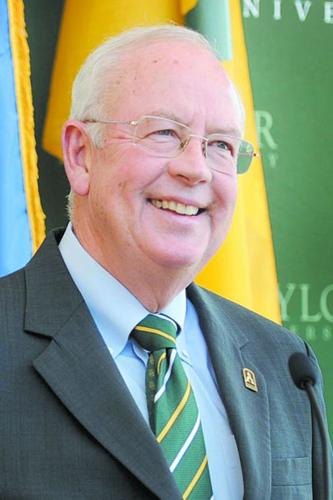 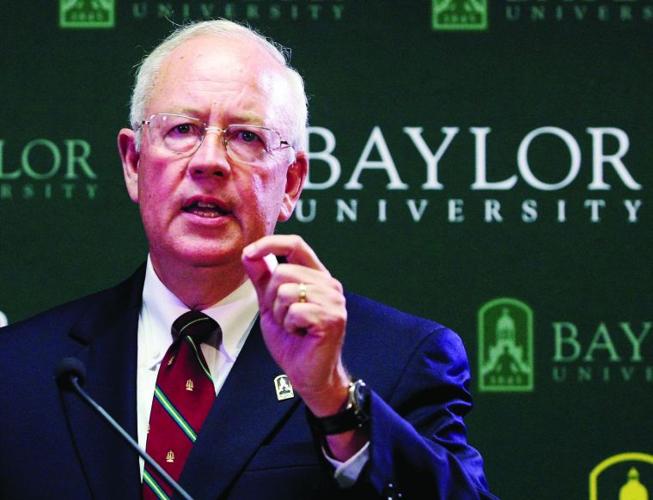 Throughout his distinguished career, Ken Starr has served as a federal appellate judge, a special prosecutor, a U.S. solicitor general, a defense attorney, a clerk for a chief justice of the United States Supreme Court, a law school dean and, currently, president and chancellor of Baylor University.

About the only thing he hasn’t done in the judicial system is serve on a jury.

Starr, 67, missed out on that opportunity again Wednesday when the prosecution team in the capital murder trial of Carnell Petetan Jr. asked 19th State District Judge Ralph Strother to strike Starr based on the reservations he expressed about the reliability of eyewitness and inmate testimony and cases heavy on circumstantial evidence.

After Strother agreed to release Starr from jury duty, Starr, who was questioned for 45 minutes by attorneys in the case, shook hands with McLennan County District Attorney Abel Reyna and Reyna’s two top assistants, Greg Davis and Michael Jarrett.

He then walked over to shake the hands of defense attorneys Russ Hunt Sr., Walter M. Reaves Jr. and Michelle Tuegel. After that, he stepped over and shook Petetan’s hand.

Petetan, 36, of Port Arthur, is charged in the 2012 shooting death of his estranged wife, Kimberly Farr Petetan, at her Lake Shore Drive apartment in Waco. He also is charged with kidnapping her 9-year-old daughter after her death.

His attorneys claim that an intellectual disability should make him ineligible for the death penalty.

In capital murder cases in which the state intends to seek the death penalty, potential jurors are questioned individually about their suitability for jury duty. It’s a tedious process that evolves into a learning experience for those prospective jurors unfamiliar with the criminal justice system.

But in Starr’s case Wednesday morning, Strother, Davis and Tuegel deferred to Starr’s legal expertise, saying they were keenly aware that it was unnecessary to explain the law to him.

“I have served in a number of areas,” Starr said after he was released. “But most importantly of all those, I served with two district court judges as a member of the jury committee of the U.S. Courthouse in the D.C. Circuit. Part of our duties was to review each questionnaire after jurors had served at the federal courthouse. The theme was constant: They said they did not want to serve, but they were so glad they did.”

Starr told the attorneys that jury service in the trial, which could last two to three weeks, would present a “substantial hardship” for him because of upcoming speaking engagements and his rigorous travel schedule. But given more time to plan, Starr said, he would be “eager” to serve. Testimony in the case is set to begin April 7.

“I think lawyers in particular appreciate this form of civic service,” Starr said. “It’s one of the glories of our system.”

One of the objections prosecutors had with Starr was his potential reluctance to convict someone based solely on the testimony of one eyewitness.

“I’d find it very difficult, even if I believe him or her to be honest,” he said. “I might believe him or her, but he might be wrong. I’ve seen too many people on death row who were factually innocent and were convicted on the basis of eyewitness testimony.”

Starr told the attorneys he advocates a statewide review, similar to one done in California, that would study the exercise of discretion by prosecutors in seeking the death penalty.

“I am not opposed to the death penalty, but I think that it should be very carefully used and used with greater uniformity,” Starr said. “There are 254 counties in Texas, and in the California study, there were clear death counties and non-death counties.”

Starr served as appellate lawyer for Robin Lovitt, a death-row inmate whose death sentence was commuted to life in prison by former Virginia Gov. Mark Warner in 2005.

He also was involved in the appeal of California death row inmate Michael Morales, who Starr said admitted his guilt to murder but who should not be eligible for the death penalty under California law.

Morales was the victim of perjured inmate testimony, Starr said, leading to Starr’s reluctance to give inmates the same level of credibility as other witnesses.

Despite his busy schedule, Starr said he enjoyed his morning in court.

“It was magnificently done,” he said. “This is our system of law, and when you think about other countries, we should be counting our blessings every day as Americans for not only our freedoms, but for the rule of law that protects those freedoms.”

“Rarely, if ever, do we have a potential juror with the breadth and depth of knowledge possessed by Judge Starr,” Strother said. “He was very gracious. I think all involved, possibly with the exception of him, found it enlightening. It is evident to see why he holds the position he does.”

Attorneys have selected seven jurors in Petetan’s case in 21/2 weeks of jury selection.

Flu cases skyrocket ahead of the holidays