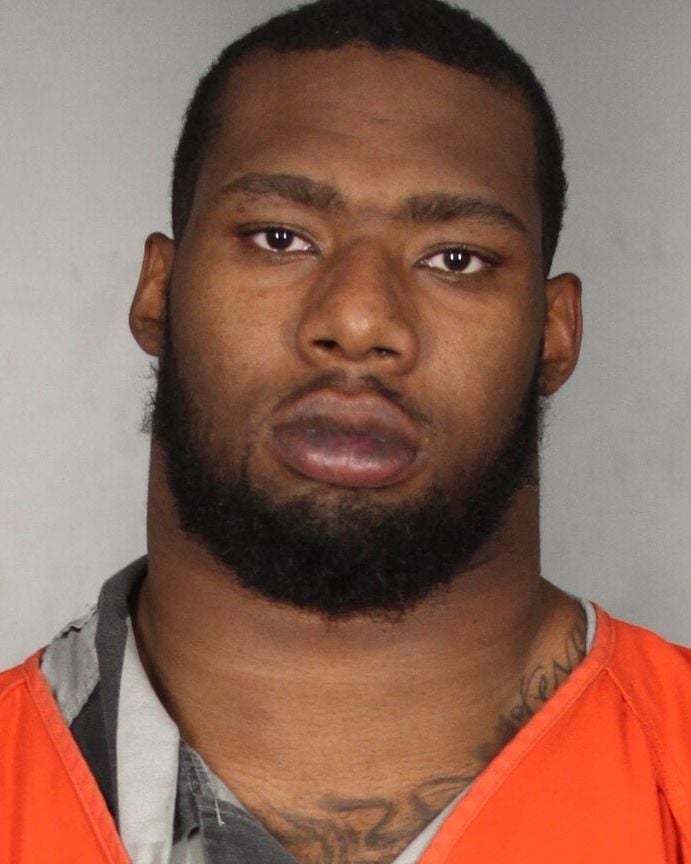 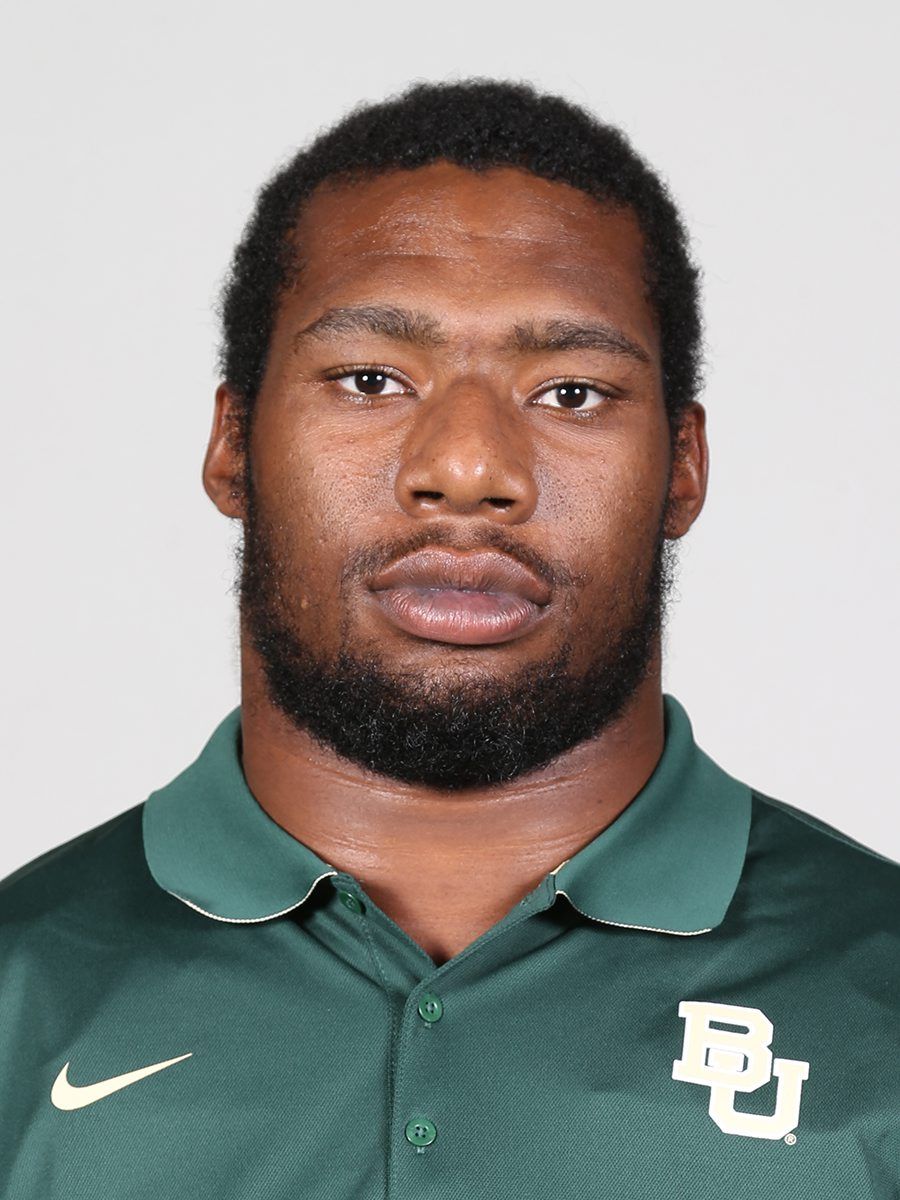 Oakman, 24, who graduated from Baylor in December, declined comment to the Tribune-Herald when asked last week about the allegations. Oakman, Baylor’s all-time sack leader, was booked into McLennan County Jail on Wednesday evening, but no magistrate was present to set his bond, meaning he likely would spend the night in jail.

Waco police searched his James Avenue residence April 3 looking for evidence to support the woman’s claims that Oakman sexually assaulted her between 2 a.m. and 3 a.m. that day.

He was arrested after those warrants were served and taken to jail, Swanton said.

Baylor spokeswoman Tonya Lewis said Baylor officials are aware of Oakman’s arrest and that they will continue to cooperate with Waco police “to provide any information that could be helpful to the ongoing investigation.”

Baylor President Ken Starr, who participated in an event at Baylor Law School Wednesday afternoon, declined comment about Oakman after the event.

A police affidavit for the search warrant said police were looking for clothing the woman left behind at Oakman’s duplex, as well as earrings, blood, semen, bodily fluids, hair, skin cells, DNA, bedsheets and other items.

The woman went to the hospital after the alleged assault and was examined by a sexual assault nurse examiner, according to the court records.

The affidavit, drafted by Waco police Detective Sam Key, said the woman met Oakman at a Baylor-area bar on Speight Avenue and Oakman asked her if she wanted to go to his residence. They walked to Oakman’s duplex and Oakman “forced” her into a bedroom, according to the affidavit.

Oakman “forcibly removed” the woman’s clothes, “forced” her onto the bed and sexually assaulted her, the affidavit alleges.

The woman left, but told police she left her panties at the duplex and lost an earring in the bedroom.

“Investigating officers briefly spoke with suspect and he admitted to only having consensual sex with victim,” the affidavit states.

Oakman sent a message on his Twitter account at 8:06 a.m. April 3 that said, “The devil will come and try to strip you of everything you worked for.”

Key declined comment Wednesday about his investigation. The detective also did not comment on the investigation last week.

Oakman did not live up to his preseason hype last season, but he had 14½ tackles for loss and 4½ sacks this past season. He finished his Baylor career as the school’s all-time leader in sacks with 17.5 and second on the tackles-for-loss list with 46.

He was invited to play in the Senior Bowl in Mobile, Alabama, and was a third-team All-America defensive end in 2015.

The 6-foot-8, 287-pound defensive end went to high school in Lansdowne, Pennsylvania, and started his college career at Penn State University, where he also found himself in trouble.

Bill O’Brien, the current Houston Texans coach, was Penn State’s new coach at the time after taking over for Joe Paterno. O’Brien kicked Oakman off the team after Oakman, who said he ran out of points on his university meal card, tried to steal a sandwich and fruit juice from a campus store.

The cashier asked if he was going to pay for the sandwich and kept his meal card, according to published reports. Oakman grabbed the cashier’s wrist and took the card from her hand. O’Brien dismissed Oakman from the team the next day.

“I really, truly love football,” Oakman was quoted as saying after leaving Penn State. “I can say I found my niche and this is what I was born to do. This is me, football is me. I can’t see myself doing anything else but playing football. I had it taken away from me, I want to show Penn State and coach (Bill) O’Brien that I messed up, but I’m back now.”

Oakman is the latest in a string of Baylor football players to be accused of sexual assault in recent years, including two other defensive ends who were convicted of raping women.

Tevin Elliott, a former Baylor defensive end from Mount Pleasant, was sentenced to 20 years in prison and fined $10,000 in 2014 after his conviction on two counts of sexually assaulting former Baylor student Jasmin Hernandez at a party at a Waco apartment complex in 2012.

Hernandez, who gave the Tribune-Herald permission to use her name, recently filed a federal Title IX lawsuit against Baylor, alleging Baylor officials were indifferent to her report of sexual assault and knew of Elliott’s proclivities toward violence against women.

Sam Ukwuachu, another former defensive end for Baylor who, like Oakman, was a Briles reclamation project after being kicked off the team at Boise State University, was convicted of sexual assault in August, and jurors recommended he be placed on probation. After that trial, Baylor asked Baylor Law School professor Jeremy Counseller to conduct an internal review of the school’s practices regarding reported sexual assaults. The university then hired Philadelphia-based law firm Pepper Hamilton LLC to review the school’s procedures and make recommendations about how to improve its responses. Starr said Wednesday that the Pepper Hamilton report should be received soon.

Baylor reached an undisclosed settlement with Ukwuachu’s sexual assault victim. No lawsuit was filed, but the family of Ukwuachu’s victim had retained the services of Boulder, Colorado-based lawyers John Clune and Chris Ford.

US surgeons successfully attach pig kidney to a human

US surgeons successfully attach pig kidney to a human