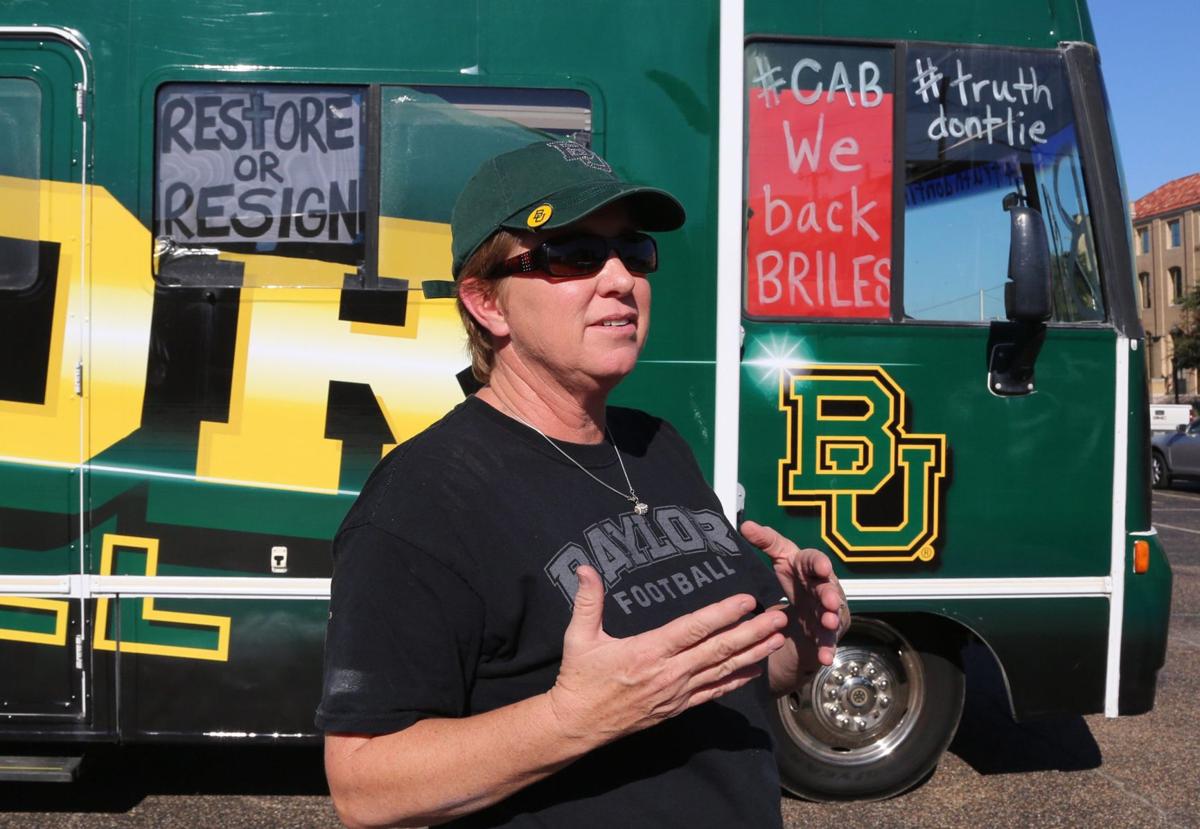 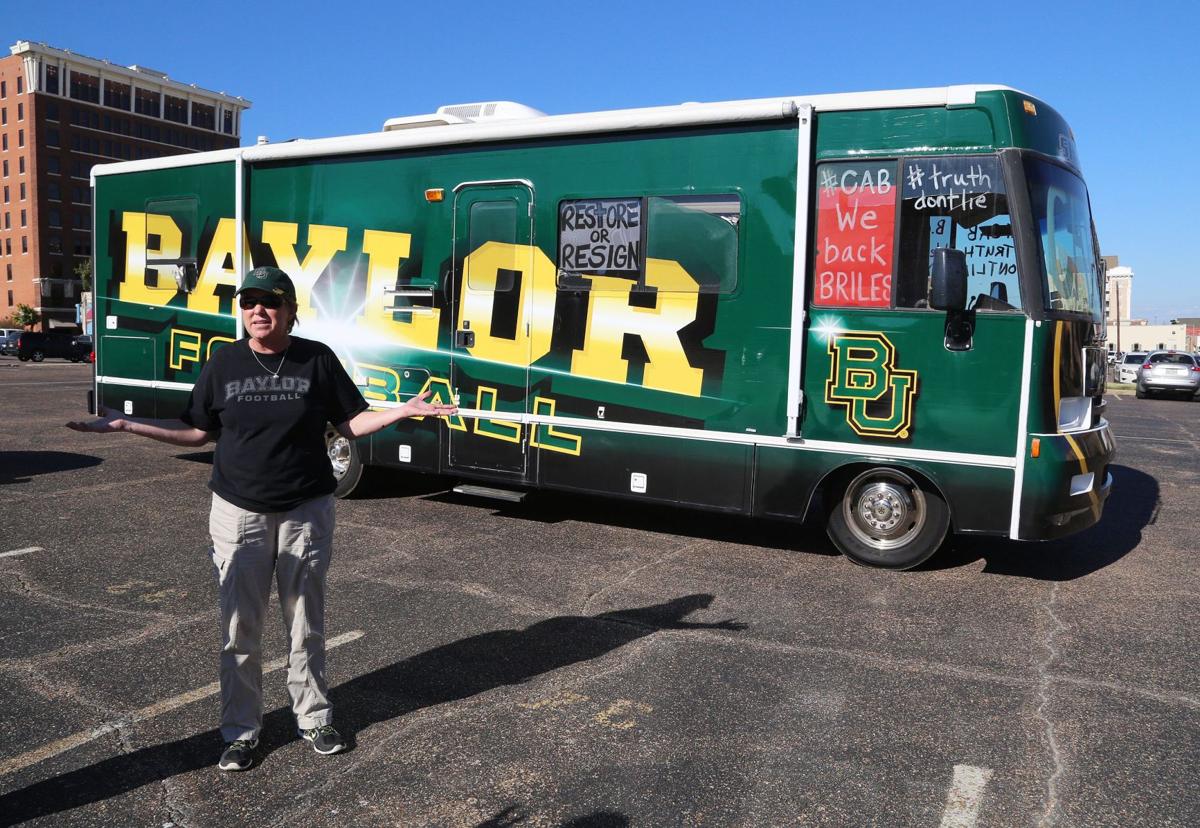 Art Briles was fired as Baylor University’s head football coach in May amid the school’s sexual assault scandal, but at least one vocal supporter took to the streets Tuesday in a recreational vehicle decked out in messages calling for his reinstatement.

Jessica Armstrong, a 1990 Baylor graduate, bought the RV on Tuesday and adorned it with signs reading, “We back Briles” and “Restore or resign,” aimed at Baylor regents. She then drove through and around campus, Armstrong said.

“In my opinion, the way I feel is the way the majority of Baylor fans feel,” she said. “They just want answers.”

Armstrong, who lives in Waco, said the RV, which has the words “Baylor Football” written permanently across the side, brought on honks and cheers for two hours, but Baylor police ended the tour outside the Simpson Athletics and Academics Center.

“I said, ‘I’m an alumni and a donor,’ ” Armstrong said. “And they said, ‘Well, we’ve had complaints about your views, and you’re not allowed to be on campus.’ I said, ‘What complaints? I’ve just been cheered for two hours driving around campus.’ ”

“Baylor officers asked her to leave the parking lot, which is private property,” Fogleman said.

Briles was fired after Philadelphia law firm Pepper Hamilton LLP found a campuswide “fundamental failure” in Baylor’s Title IX implementation and a football program “above the rules,” according to regents.

“The choices made by football staff and athletics leadership, in some instances, posed a risk to campus safety and the integrity of the university,” regents wrote in May.

“I just got tired of feeling like we don’t have a say,” Armstrong said. “Nobody has a say except the board of regents, and they won’t say anything. They have no accountability for the way they run things. You don’t know what’s going on up there.”

Armstrong also wants the board to rehire Ken Starr, who was fired as president and resigned from his other Baylor jobs, and to rehire Ian McCaw, who resigned as athletics director.

“Ian McCaw is a fine, Christian man,” she said.

Armstrong said she will continue to drive the bus around Waco but probably won’t make any efforts to join Baylor’s homecoming parade Saturday.

“I thought of that, but I highly doubt they’ll let me,” she said.

Briles knew of at least one of many assaults, Baylor regents tell Wall Street Journal

Regents have offered new insight into the investigation of BU’s response to sexual assault.