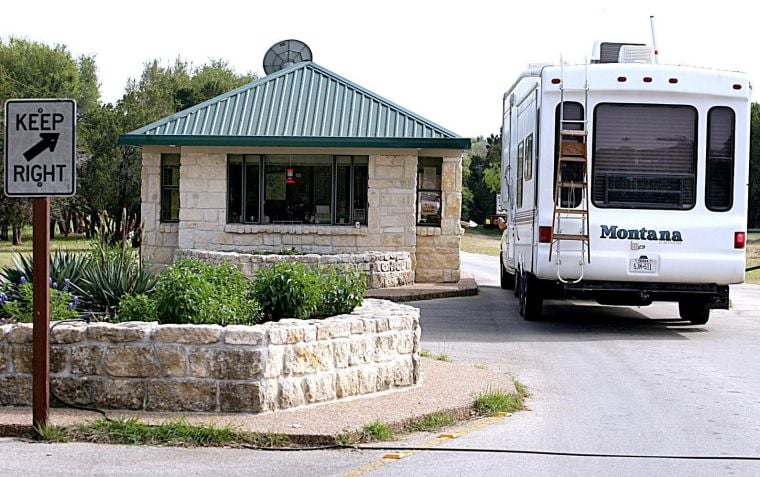 A camper pulls into Airport Park on Thursday. Some Lake Waco parks may close in the event of a government shutdown. 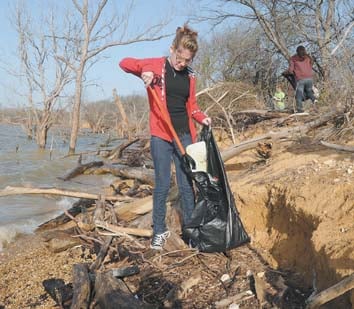 Warning of a potential federal government shutdown led to furlough notices for local Veterans Affairs workers Thursday and the cancellation of a large cleanup project at Lake Waco.

Employees at the VA Regional Office, which processes veterans’ benefits claims, received notice they may be put on unpaid leave if there is a shutdown.

Lawmakers have until midnight tonight to strike a compromise on spending to cover federal operations.

“(S)ome employees will be furloughed and unable to work,” said a letter from VA Secretary Eric Shinseki that was delivered to employees at the VA regional office in Waco just before lunch. The letter said employees will learn today if they are being furloughed.

The U.S. Army Corps of Engineers told a community group to cancel its 27th annual Lake Waco Clean Up Day, scheduled for Saturday, out of concerns that the agency could be left without funds to run the lake parks in the event of a shutdown.

The cleanup is organized by Keep Waco Beautiful and brings together about 500 residents from across the city to spruce up the parks.

“I think the Corps just doesn’t want to wait until Friday night and then have to call it off,” said Sherri Street, executive director of Keep Waco Beautiful. “They said they had been told that there was a very big probability of a government shutdown and to plan on the parks being closed.”

But Randy Cephus, spokesman for the Corps of Engineers’ Fort Worth division, said the parks are not planned to close down.

But the agency is examining what areas could be affected to prepare for leaner operations if federal funding is shut off.

“For example, the dams and the hydrologic systems that we have, that’s a matter of public safety, and so those are some of the things that would not be on the list,” Cephus said. “Recreation, on the other hand, is not a life-safety type of situation, so those would probable become suspect (to losing funding).”

Cephus could not say what recreational areas potentially would be closed.

Street encourages groups and individuals who were planning to participate in the lake cleanup to pick a park or street in their neighborhoods to work on instead.

“They can still call us for supplies, such as the orange vests if they’re going to clean up on the street, or trash bags and rubber gloves, things like that,” Street said. “Hopefully, they will go ahead and clean, it just won’t be at the lake.”

Street said she hopes to coordinate with the Corps of Engineers to set a new lake cleanup date in the fall.

House Republicans and Senate Democrats have been unable to agree on a spending plan to keep the federal government operating.

U.S. Rep. Bill Flores, R-Bryan, said in an emailed statement Thursday that Democrats in the Senate were responsible for the stalemate and are “interested in engineering a government shutdown for partisan gain.”

Senate Majority Leader Harry Reid, D-Nev., told reporters that leaders from both parties more or less agree about spending levels to fund government through the year.

But he said Republican measures to halt federal regulation of carbon dioxide emissions and other pollutants and cut funding for Planned Parenthood were holding up a deal.

Flores said he also had signed a letter tasking Shinseki for more details about the VA’s contingency planning.

“Our nation’s veterans deserve to know how their benefits and programs might be affected,” Flores’ statement said.

Veterans groups have said health care facilities like the Waco VA Hospital would continue seeing patients under a shutdown and individuals already receiving VA benefits checks would not see disruptions if a shutdown isn’t protracted.

Some in Waco area had it easier than others during week of dangerous cold, power outages

The far-reaching winter storm has forced many to come to the chilling conclusion about just how ill-prepared Texas was for such an event.

Waco mayor: Water system on the brink; curtail use now

"While we don't expect shutting off the water throughout the entire city, a communitywide boil water notice is imminent if demand doesn't change. If systems conditions worsen some areas might not have water at all."

Halfway point of Waco I-35 project to be marked by lane switch, Brazos bridge opening

Interstate 35 traffic through Waco soon will be rolling on brand new pavement and crossing the Brazos River on a brand new bridge, though last…

Waco Navy comes to aid of residents still without power

While some households in McLennan County remained without power for a fourth day Thursday, the dedicated volunteers of the Waco Navy were brav…

Here's an update on the winter weather emergency that has affected power, roads, water and food supply in McLennan County and Texas this week.…

A camper pulls into Airport Park on Thursday. Some Lake Waco parks may close in the event of a government shutdown.