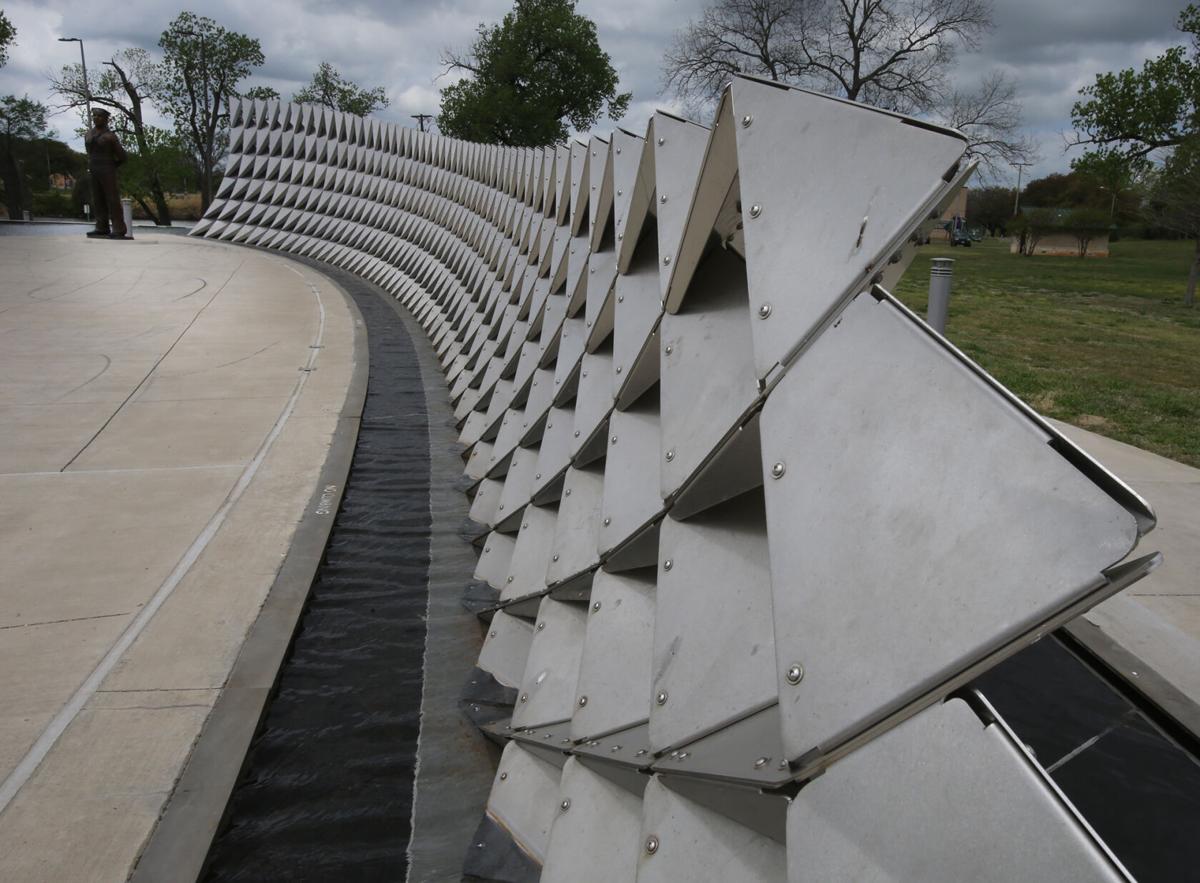 A lawsuit has been filed over the injuries a boy received while playing on the Doris Miller Memorial. 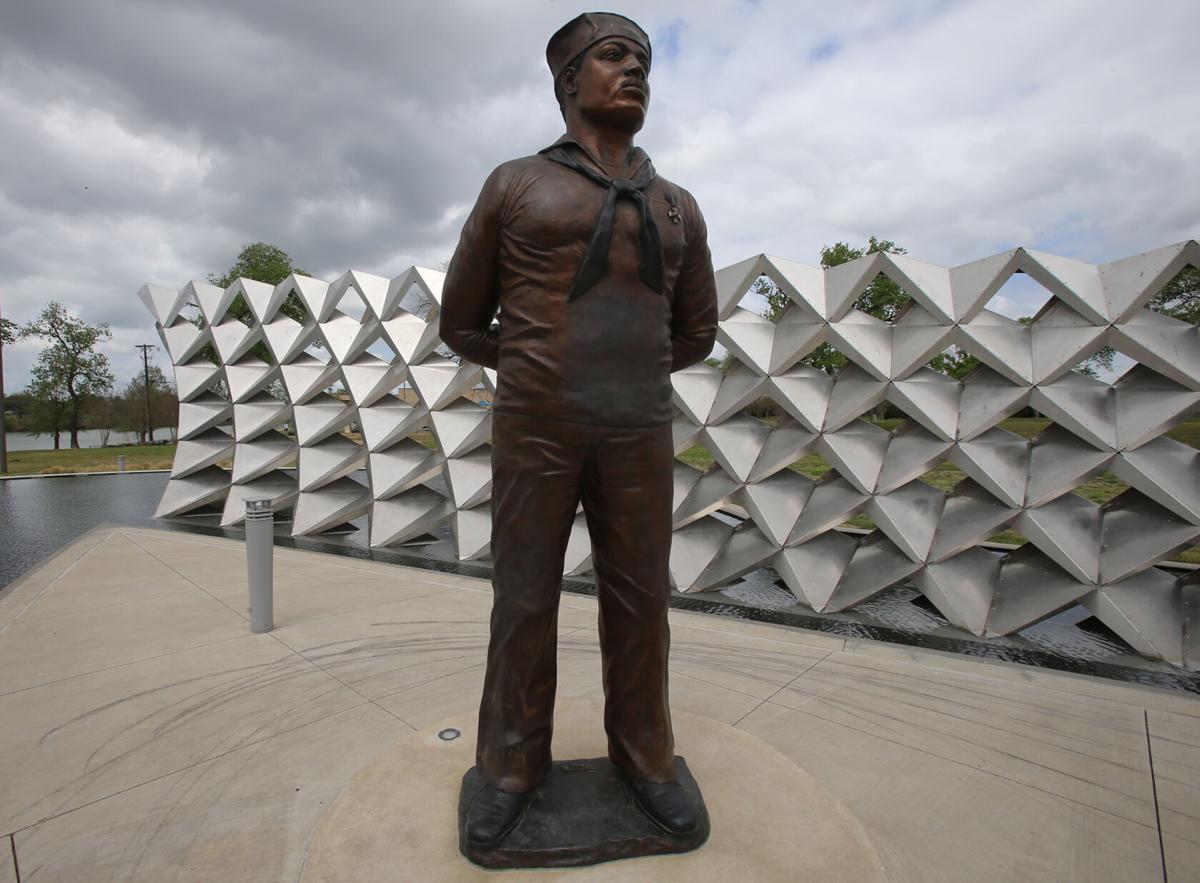 A Chilton woman whose son was injured while climbing the Doris Miller memorial has filed a lawsuit against the organizers, architects and engineers involved in its creation. 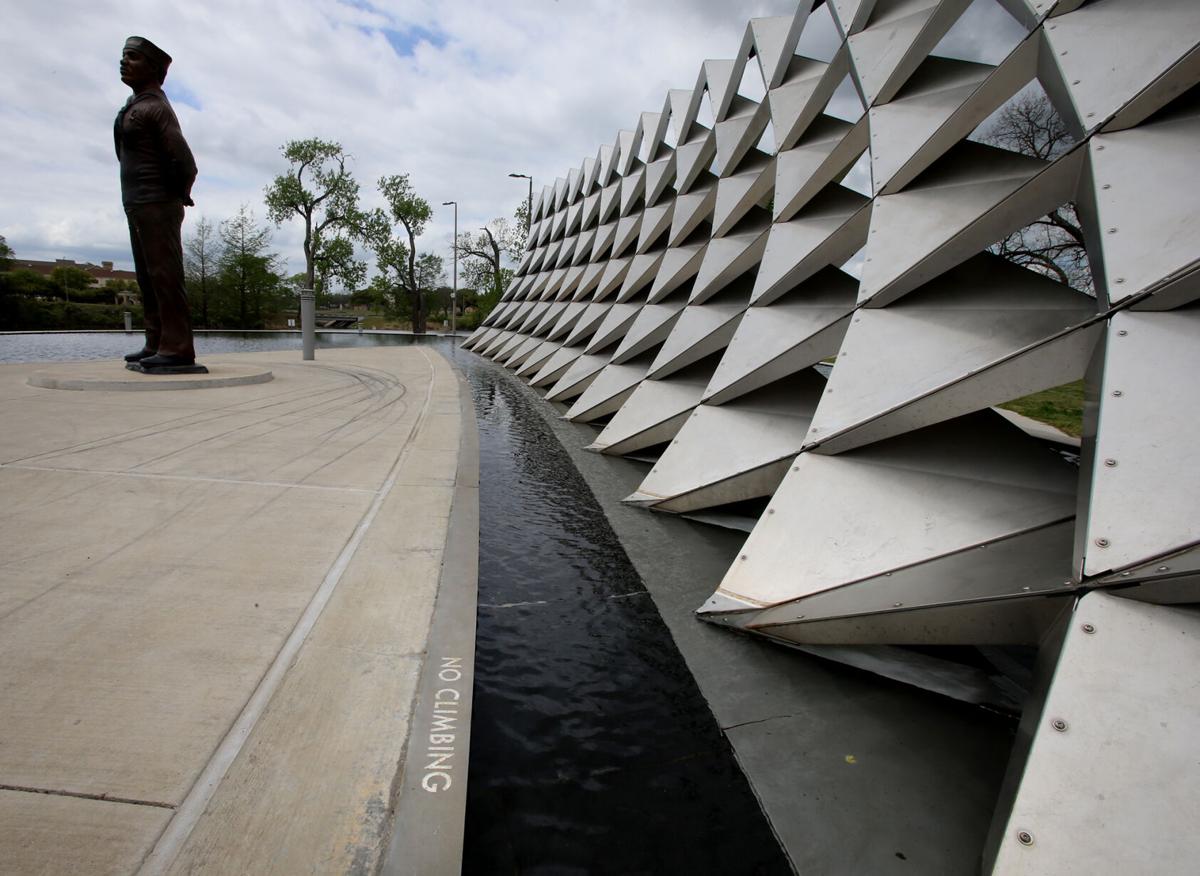 The family of a boy who was injured while climbing on the Doris Miller Memorial is suing its creators.

The mother of a 12-year-old boy who badly injured his hand while playing on the Doris Miller Memorial, causing him to lose a finger, is suing three entities who played roles in fundraising, design and construction of the structure on the Brazos River.

Chilton resident Norma Marquez is seeking from $250,000 to $1 million in her lawsuit filed in 414th State District Court against the Waco Cultural Arts Fest, doing business as Cultural Arts of Waco; Beyond Metal Inc.; and the Wallace Group Inc.

The project architect, Stan Carroll, president of Beyond Metal, of Stillwater, Okla., did not return emails or phone messages Monday.

Messages left at CP&Y, a large engineering firm that has since bought the Wallace Group, were not returned. The Wallace Group served as engineers for the project.

The memorial includes an 8-foot-tall bronze statute of Miller, who was collecting laundry when the Japanese attacked Pearl Harbor Dec. 7, 1941. Miller helped carry his wounded captain to cover then manned an anti-aircraft gun to fight back against the ambush.

The memorial also features a glimmering metal wall built to represent the hull of a ship.

“Unbeknownst to Ms. Marquez, her son approached the shiny metal structure with the slanted diamond-shaped metal opening,” the suit states. “It looked easy to climb — the metal openings like rungs on a ladder — and (the boy) decided to climb it just a little.

“Again, there was no signage, posting, warnings, chains, fence and/or roping limiting or prohibiting access to the curious 12-year-old/sixth-grader. It happened very quickly,” according to the lawsuit.

The boy, whose full name is not listed in the lawsuit, visited Bledsoe-Miller Park with him mother in April 2019, and the boy started to climb the “diamond-shaped metal openings.” For support, he grabbed a thin piece of metal that runs diagonally along the right side of one of the metal openings, the suit claims.

He was about 4 feet up when his foot slipped and he started to fall.

“As (the boy) fell, his right hand slipped along the edge of the thin piece of metal that ran diagonally in the metal opening,” the suit alleges. “To (the boy’s) dismay — in a split second — the thin piece of diagonal metal acted like a serrated knife and cut deep into (the boy’s) pinky-small, ring and middle fingers — cutting (the boy’s) fingers to the bone.”

The boy was rushed to a clinic for emergency treatment and later transferred to a Temple hospital.

“As a result of this horrific incident, (the boy’s) three fingers were almost completely severed and crushed, requiring complete amputation of one finger and surgery to save parts of the two others that remain severely disfigured and impaired,” the suit alleges.

A contract worker who was badly injured when a floor collapsed Jan. 26 at the Pilgrim’s Pride plant in Waco is suing the poultry company and t…

A lawsuit has been filed over the injuries a boy received while playing on the Doris Miller Memorial.

A Chilton woman whose son was injured while climbing the Doris Miller memorial has filed a lawsuit against the organizers, architects and engineers involved in its creation.

The family of a boy who was injured while climbing on the Doris Miller Memorial is suing its creators.