Lubbock County authorities Thursday served a first-degree murder warrant on a McLennan County jail inmate, saying that a DNA sample taken here tied him to the death of a Lubbock woman 17 years ago.

Andy Castillo, 57, of Lubbock, has been housed in McLennan County Jail since January on several felony counts of criminal solicitation of aggravated sexual assault of a child and stalking, after he allegedly made online threats to Waco-area real estate agents and their children.

“This shows how dangerous this can be, when you are out there working some of these case when you think you are just trying to arrest a sex buyer, but you don’t know you might have run up on a killer,” Sheriff Parnell McNamara said.

Detective Joseph Scaramucci, the department’s head human trafficking detective, arrested Castillo for allegedly making a series of harrassing and sexually explicit phone calls targeting Waco real estate agents. During the investigation, Castillo was tied to similar offenses in several different states when he was arrested in his Lubbock apartment.

Castillo’s DNA was entered into law enforcement databases and it reportedly matched DNA collected from the cold case of Cynthia Palacio, who was killed in Lubbock County on July 15, 2003.

“This goes to show that gender-based violence, like sex buying or online threats, don’t just stop here,” Scaramucci said. “This man was just an ‘internet troll,’ which confirms that even seeming non-dangerous offenders can be cold blooded murderers.”

The body of Palacio was discovered on a rural road in southeast Lubbock County on July 15, 2003, with no clothing from the waist down. According to the Texas Department of Public Safety, Palacio had been strangled.

In the years since her death, investigators have stated Palacio’s death may be tied to the April 2004 murder of Linda Trevino Carbajal, whose body was discovered on a rural dirt road in northern Lubbock County. Carbajal had suffered blunt force injuries and had been strangled.

In 2014, Lubbock County Sheriff’s Office Assistant Chief Deputy Doug Sutton told KCBD-TV that he believes the vehicle that dumped Palacio’s body may have been a pickup or a vehicle with heavy duty tires. Sutton also says it could be the same truck that dumped Linda Carbajal’s body one year later.

Palacio and Carbajal were roommates, born in the same month of the same year, both 21 when they died, and both dumped on remote county roads, Sutton said at the time. Castillo was not charged Wednesday with Carbajal’s homicide.

“We were shocked when we found out he was the prime suspect in a murder,” McNamara said. “We were very, very happy that we had him in jail at the time, Lubbock County and the Texas Rangers were able to make the case and no one else will get hurt.”

Castillo remained in McLennan County Jail on Thursday with a bond set at $1.25 million. He had yet to be arraigned on the Lubbock murder charge Thursday afternoon. 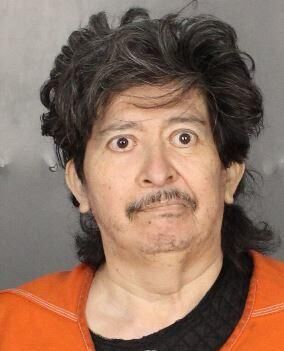 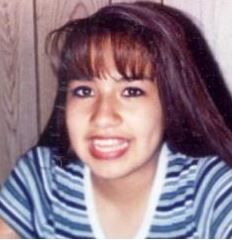