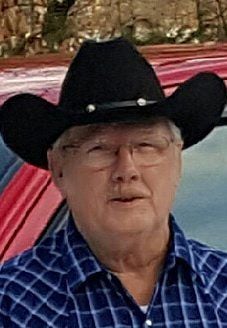 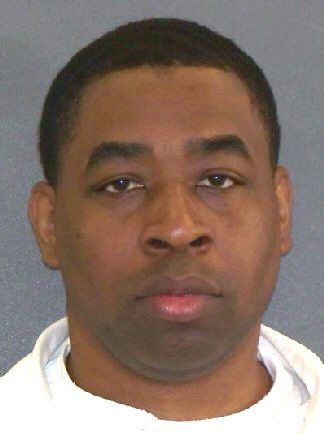 Former Waco police officer Bill Biles lives in constant pain, but he knows if a bullet that lodged in his upper spine almost 20 years ago had struck him an inch higher, he wouldn’t be here.

Biles, 67, soon will undergo his sixth surgery since July 16, 1996, when Kelvin Dewayne Scott shot him in the right shoulder and neck and then stood over him, aiming at his head, only to have the pistol jam as he pulled the trigger.

“I am just thankful to the good Lord that I am still alive,” Biles said this week. “The doctor told me I was a walking miracle.”

Scott’s actions ended Biles’ 17-year career and left him disabled and in pain.

This week, Biles’ former law-enforcement colleagues and friends showed they haven’t forgotten Biles — or Scott — by quickly forming a grass-roots movement to try to block Scott’s release from prison after serving half of his 40-year sentence.

Biles’ wife of 45 years, Marie, got a letter Saturday from the Texas Board of Pardons and Paroles saying Scott is under review for the first time for parole. She called Biles, who was away on family business, to let him know the news.

“I think Marie was more upset than I was,” Biles said. “I think he still needs to serve a few more years. I am kind of a forgiving person in a way. I want to find out about what he has done while he is in prison, if he tried to better himself, got an education and is preparing himself to be a productive citizen. This first time, he needs to be denied. But if he has done those things, I don’t mind him getting out and going to work. If he hasn’t done any of that, my feelings are he needs to stay where he is.”

Scott, who was 17 and had no prior criminal record when he shot Biles, is being held at the Ferguson unit in Midway, about 20 miles northeast of Huntsville.

Prison system spokesman Robert Hurst said details of Scott’s disciplinary record or behavior while in prison are not available for public review.

In the meantime, Biles and his friends have taken to social media to encourage others to write the parole board to protest Scott’s release.

“It is hard to describe,” Biles said of the number of replies he has gotten to his protest call in just the past few days. “I am kind of overwhelmed by the response I am getting back. Facebook has helped. Back in the day, you would have to write a lot of letters and make a lot of phone calls to get a response like this. I have been very pleased.”

Waco police Detective Ken Reeves, president of the Waco Police Association, put notice of Scott’s parole review on the WPA website with the address for those wishing to write. The WPA also plans to circulate protest petitions that will be sent to the parole board.

“I think the overall goal is to keep him in prison as long as we can,” Reeves said. “We know from working every day that these guys get out and they are back at it, while Bill is disabled for life. His pain never goes away, and for somebody to be able to make parole the first time for hurting an officer, it just doesn’t make any sense. The punishment ought to be severe for that.”

Marie Biles said she was upset by the parole board notification, even though she knew it would be coming one day.

“You put it in the back of your mind and try to ignore things like that,” she said. “The way I feel about it is: Bill lives in constant pain. He has had a number of surgeries. This is a life sentence for him and his family. We will have to deal with the effects from this for the rest of his life.”

Biles’ personality has changed, she said. His patience level and temper also have changed, which has affected their marriage. She said they don’t go out a lot because he gets nervous quickly and can’t handle being in crowds.

“If Bill was given a life sentence, (Scott) should do his time, or at least the majority of it,” Marie Biles said.

McLennan County District Attorney Abel Reyna did not return phone messages left at his office, leaving it unclear whether he intends to protest Scott’s parole.

Waco attorney Russ Hunt, who represented Scott, said he thinks the jury took into account Scott’s youth and lack of a criminal record in arriving at its sentence.

“It is a really sad situation,” Hunt said. “Bill Biles is a fine man.”

Biles said his injuries require him to use a cane at times and prevent him from working for extended periods of time. He is in constant pain, and his equilibrium has been affected.

“I couldn’t pass a field sobriety test if I wanted to,” Biles joked, referring to how his balance has been affected.

Biles, who lives in the Ross area, said he was on patrol alone when he fielded a call to investigate a domestic disturbance near Pecan Bottoms in Cameron Park. His backup was across town at another call, and he decided to go because he figured those involved in the incident would be gone, “because 99 out of 100 times they are.”

He saw a car pulled to the side of the road at the edge of Cameron Park. He didn’t see any occupants in the car, but when he drove up, two people who had been on the ground beside the car stood up.

Earlier that day, Scott went to the nearby school where his girlfriend was attending summer school. He showed her a gun and said he had six bullets — three for her and three for him. He told her to follow him to the river, which she did, Biles said.

When she got there, Scott tried to drown her in the river. The girl broke away and ran from the bank, but Scott caught her and was assaulting her by the car when Biles arrived about 10:25 a.m.

Biles asked Scott’s name. Biles suspected Scott gave him a fake name, so he asked the girl. She gave Scott’s name to Biles, and Scott lunged at Biles, striking him in the head with his fist.

“I saw stars and he knocked off my glasses,” Biles recalled.

He saw Scott reach for a gun. As Biles reached for his, Scott shot him in the upper right chest, rendering the arm with which he was reaching for his gun useless.

He turned to seek shelter behind his patrol car, and Scott fired a second shot that missed Biles. Biles stumbled over the bicycle that Scott had been riding and Scott fired again, striking Biles in the left side of his head just below the earlobe.

The bullet severed his cervical artery and lodged in his spinal column.

“An inch higher and it would have gone through my brain,” Biles said. “After I fell, I see him standing over me and pointing the gun at my head and it misfired. I kicked at him and missed and the next thing I know, he picked up the bicycle and rode around and stopped on my right side. I saw him turn, and he fired his last round. It missed, and he rode off.”

Biles said the girl ran away after the first shot was fired. She went home, ran straight into her room and didn’t tell anybody about what happened.

Biles hit his emergency button and reported he had been shot. Officers from local, state and federal agencies rushed to the scene and found Scott hiding behind a house in some bushes about 25 minutes later.

Biles sued Texas EZPawn, the store that sold the $45 .25-caliber pistol to one of Scott’s relatives less than a month before Biles was shot.

Biles settled the lawsuit for $1.5 million after his attorney, Jim Dunnam, said he was prepared to prove that the sale constituted a “straw sale,” meaning the company knew that Scott’s cousin, Jesse Ogerial Hornsby Jr., was buying the gun for the underage Scott.

Biles said he ended up with about $800,000 after his attorney got his share and he paid his insurance company’s subrogation claim for reimbursement of his medical expenses.