But he got an opportunity to turn his life around instead. De La Paz graduated with three others from the McLennan County DWI/Drug Court post-adjudication intervention program on Monday, and he said he looks forward to a productive new chapter in life.

De La Paz does commercial heating and air conditioning work and aims to find ways to help others find recovery as well, he said in an interview Monday before the ceremony. He joined two other graduates for the ceremony at McLennan County Courthouse before County Court-at-Law Judge Vikram “Vik” Deivanayagam.

De La Paz said he feels great pride in finishing the program, in seeing it all the way to completion. He said he thought about quitting at the end of last year, but he stayed to be an example to his sons and break the cycle of addiction, De La Paz said.

He said he came into the program in July 2020 with a drug problem.

“I had thought I could beat the drug problem by myself,” he said. “Cocaine was my drug of choice.”

Now he has served two years of his seven-year probation, and he is hoping his graduation will allow him to be released from the remaining years of probation.

Taking a “treatment court” approach, the McLennan County DWI/Drug Court is an intensive supervision program whose voluntary participants are seeking to break the cycle of drug and alcohol abuse.

De La Paz said his attitude toward the program has changed since he started.

“When I started the program about two years ago, I thought I could just coast through it,” De La Paz said. “I sat through the classes. I did as I was told, but I didn’t really put in the time and effort.”

During his first year of his two in the program, he had a few relapses, then he began to really do the work, De La Paz said.

“I started to talk about my family history, and the chains that bind me,” he said. “It was hard at first.”

De La Paz said he opened himself up to his “higher power,” as 12-step programs teach, and he began to truly work the steps of his recovery program.

“Sitting in (recovery group) meetings, and hearing the stories of others, that was really clutch,” De La Paz said. “Finding recovery was a battle, but the DWI/drug court provides a great support team, with their support and connecting with my higher power, it can happen.”

De La Paz said he had to make many changes in his way of life and the people he spends time with.

“You can’t expect positive, when you hang around with people doing negative,” he said.

De La Paz has worked at Capstone Mechanical since April, and he said his employer has supported him in his journey.

“They allowed me to leave for probation visits and classes,” De La Paz said. “I was able to take care of my legal problems and work.”

Now that he’s graduating from the DWI/drug court program, he said he looks forward to helping others who have similar addiction issues.

Other graduates completing the program Monday were Samuel Evans and Aaron Estrada.

After these graduates leave the program, it has another 26 participants on their way, said court administrator Amy Lowery. The maximum number is 30, she said.

Deivanayagam, who presides over the DWI and Drug Court docket, said the program takes a minimum of 12 months, divided into four phases intended to be a minimum of 90 days each.

“The program is designed to be a year, but many of our participants take 15 months or longer,” Deivanayagam said Friday.

People selected for the program, mostly on probation after multiple arrests for substance abuse violations or other nonviolent offenses, learn ways to turn their lives around for the better through treatment and counseling.

Working together, program participants with assistance and guidance from the court’s team achieve and maintain a sober lifestyle, so they can be productive members of the community, the judge said.

In 2019, Deivanayagam’s team was selected best DWI/drug court in Texas, and in 2020, the DWI/drug court received a $270,000 federal grant to be spent over three years.

“It’s $90,000 per year,” Deivanayagam said after graduation. “The grant allowed us to hire a case manager and a peer recovery counselor.”

The judge said he and his team are documenting the achievements of the program and the participants with the two new team members in hopes of renewing the grant or showing the value to county commissioners for them to put the positions on the budget.

Update: The original version of this story has been corrected to indicate the DWI/Drug Court is a post-adjudication program, available to people already convicted of a crime or placed on deferred probation.

Here's a list of people who were indicted Tuesday by a McLennan County grand jury.

A Waco man received a 55-year prison sentence Monday in a plea deal in the 2020 murder of his 21-year-old girlfriend whom he had previously abused.

Waco police arrested a couple Sunday after a domestic argument caused a scuffle, leaving the man with bite marks and cuts from sewing scissors…

A Beverly Hills man indicted Tuesday on suspicion of sexually assaulting a woman Sept. 11 was free on bond at that time from two prior misdeme…

When a false report of a shooting at Midway High came in Tuesday, a school resource officer quickly recognized the situation at the school did not match the report.

Another billionaire suggests we revive dinosaurs

Another billionaire suggests we revive dinosaurs 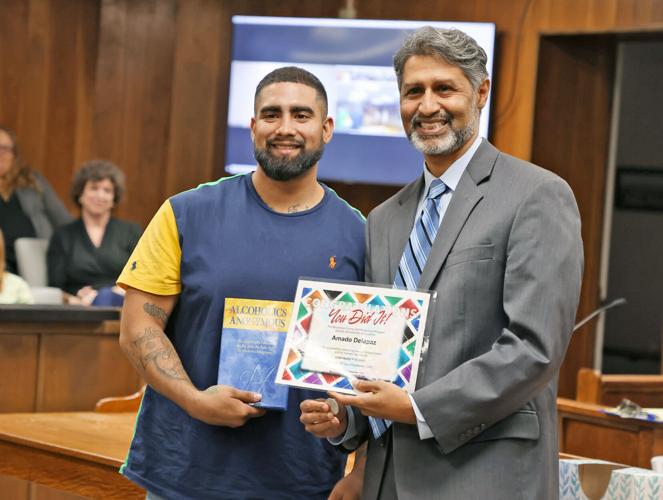 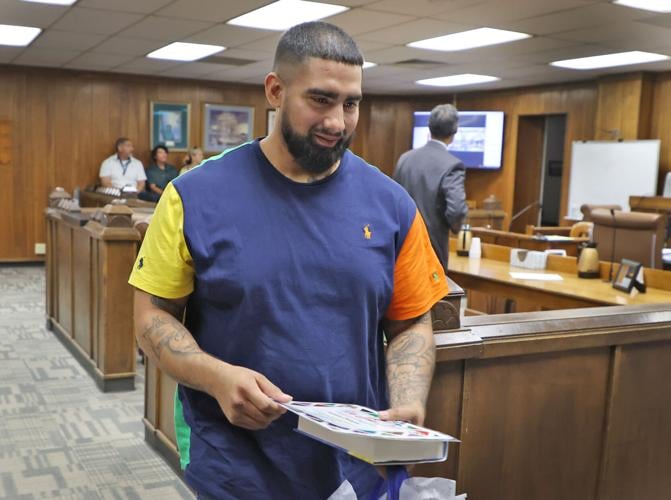 Graduate Amado De La Paz smiles as he looks over his completion certificate and some gifted items. 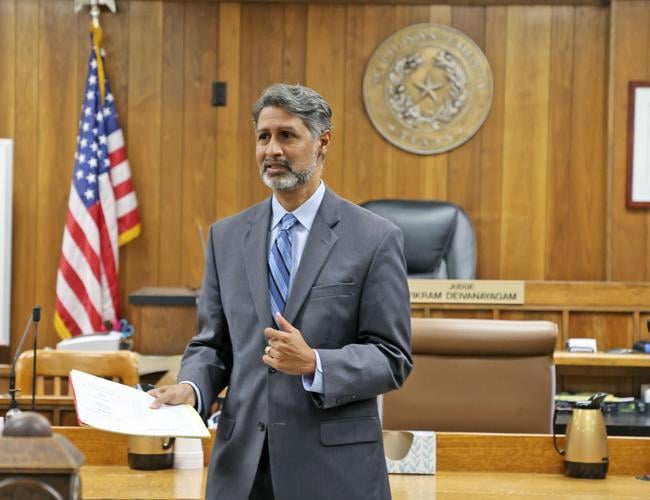