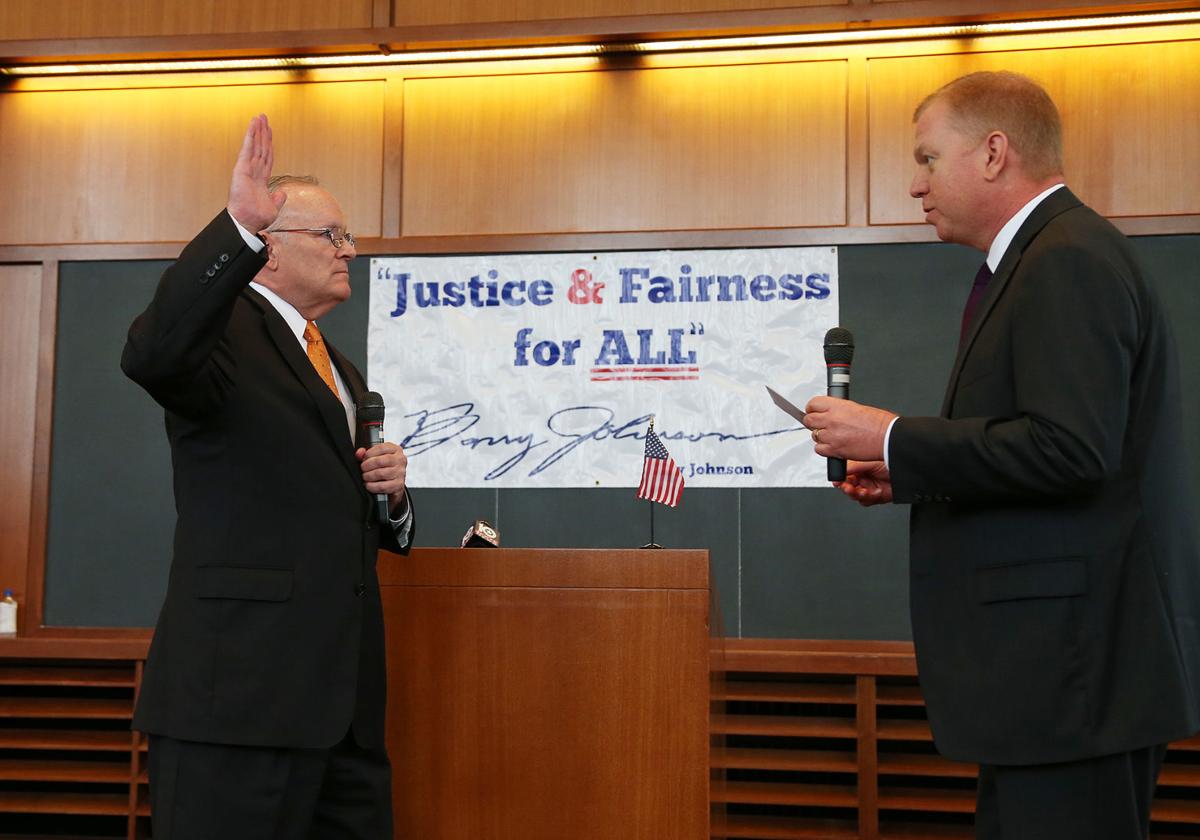 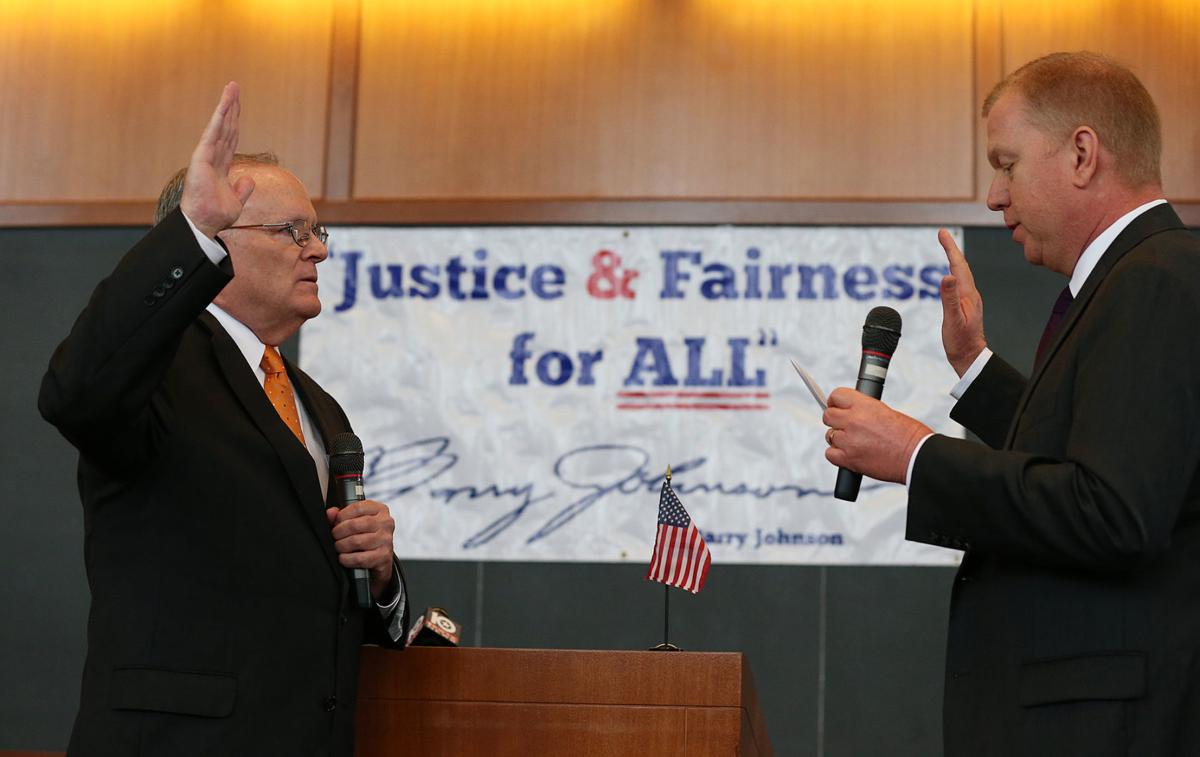 Standing in front of a banner proclaiming “Justice and Fairness for All,” Barry Johnson on Thursday promised a new era of “honesty, integrity and transparency” as McLennan County’s new district attorney.

Johnson, 62, was sworn into office by 54th State District Judge Matt Johnson before a crowd of about 300 at the Baylor University Law School. Barry Johnson and Matt Johnson were law school classmates at Oklahoma City University, and their fathers were longtime courthouse fixtures while serving as state district judges in McLennan County.

Johnson introduced his family, friends and supporters who helped him sweep into office by defeating two-term incumbent Abel Reyna by 20 percentage points in the March Republican primary.

Baylor Law Professor Jim Wren, Johnson’s brother-in-law who practiced law with him in Waco before Johnson moved to Dallas, introduced Johnson at the 90-minute ceremony, which also was attended by law enforcement officers from a number of agencies.

Wren said Johnson is the “real deal” in terms of integrity, his ability as a trial lawyer and being a “real person.”

“With Barry, there are no airs, no false pretenses,” Wren said. “He knows where he comes from and he knows who he serves. So I absolutely believe we are getting the real deal as a person of integrity, a trial lawyer and a real person who takes his job seriously. Barry is committed to doing this job right.”

Johnson and Reyna met last month, and Johnson said he appreciates Reyna’s cooperation for helping make the transition in administrations a smooth one. Johnson outlined his goals for his office, saying the mission is to seek justice.

“A prosecutor’s duty is not to convict, but to see that justice is done. It sounds easy. It can be easy. But it can also be incredibly difficult,” Johnson said. “That is where we are going with it. We are gong to see that justice is done by protecting the constitutional and statutory rights afforded to every person in our county without respect to race, ethnicity, gender, religion or socio-economic status.”

Johnson said his office is not going to be soft on crime and that it will vigorously prosecute violent and habitual offenders and strive to protect innocent victims.

“That is our job. But we are also committed to crime prevention,” Johnson said. “That is kind of new-wave in criminal justice. It is not criminal justice reform. It is criminal justice evolution. Things are evolving. Times are new and we are going to be hard on crime and prosecute those violent and habitual offenders, and do so aggressively. But we will also be committed to crime prevention by implementing innovative programs to break the cycle of crime for youthful, first-time, mentally ill and drug-addicted offenders.”

Johnson said he will continue a pretrial intervention program initiated by Reyna, support the successful drug court run by County Court-at-Law Judge Vik Deivanayagam, assist in the creation of a new veterans’ court and help divert those with mental health issues from jail when warranted.

Now that Barry Johnson is certain to be the next McLennan County district attorney come January, he’s exiting the campaign trail and focusing …

When Barry Johnson was campaigning against McLennan County District Attorney Abel Reyna, he promised to surround himself with skilled attorney… 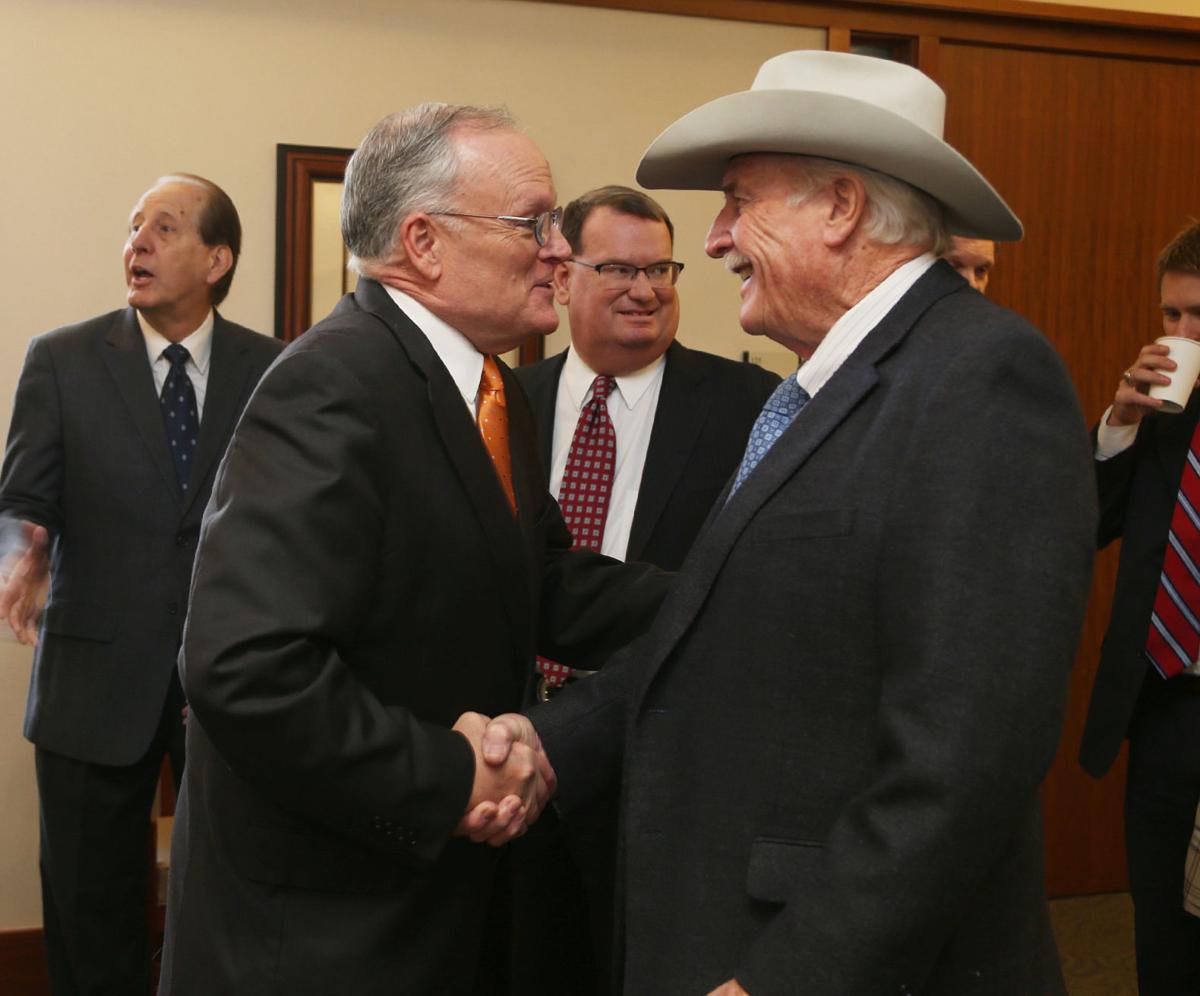 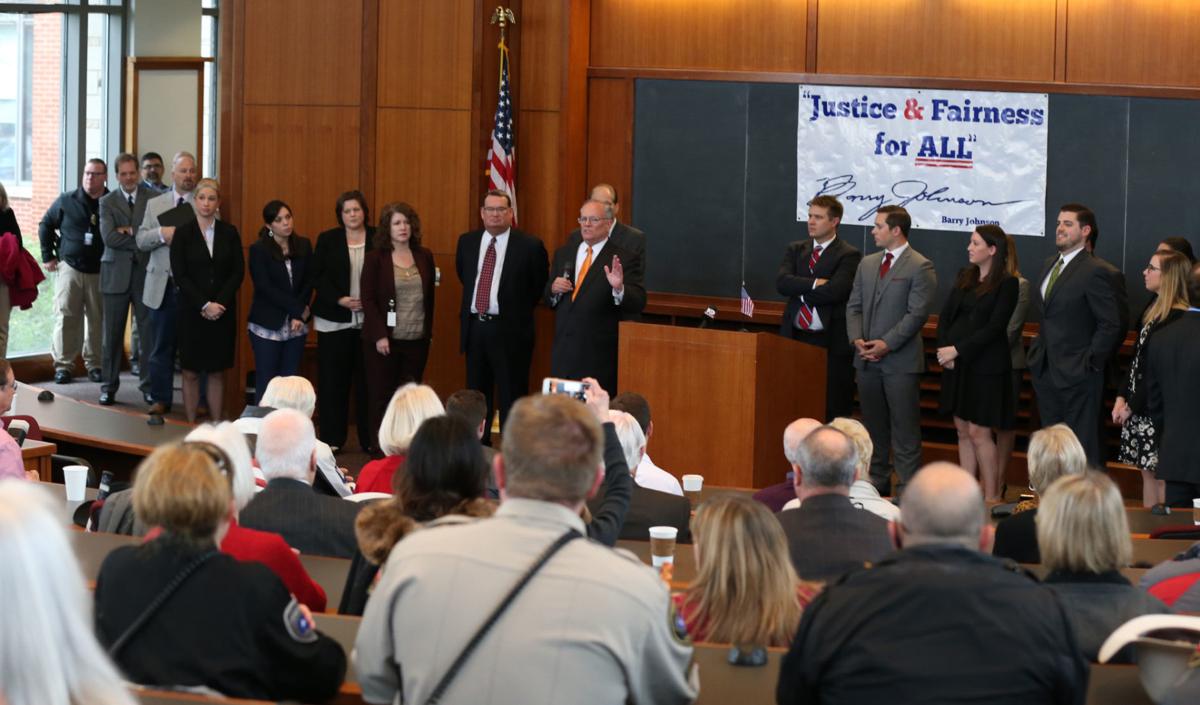 Barry Johnson talks to a packed courtroom at the Baylor Law School with his staff, who were also sworn in.