Sexual misconduct allegations that led to sanctions against U.S. District Judge Walter S. Smith Jr. have prompted calls for his impeachment and, more recently, requests for criminal investigations into assertions the judge failed to properly disclose his attorney-client relationship with a Waco lawyer with cases pending in the judge’s court.

Attorney Ty Clevenger, who filed the complaint against Smith in 2014 that resulted in a reprimand, last week asked the chief judge of the 5th U.S. Circuit Court of Appeals to refer a supplemental complaint to the FBI for criminal investigation.

Besides the federal complaint, Clevenger also filed a grievance with the State Bar of Texas against White, alleging he did not disclose his attorney-client relationship with the judge to litigants opposing him in civil suits pending in Smith’s court.

Five years before filing the initial sexual misconduct complaint against Smith, Clevenger was sanctioned and fined $25,000 by Smith for filing what Smith said was a frivolous lawsuit in his court.

Smith declined comment through a court assistant on the new complaints, while White did not return several phone messages from the Tribune-Herald. Both have declined comment in the past, saying the grievance process is confidential.

The documents show that while the former clerk who brought the sexual misconduct allegations forward said the frightening experience with the judge was unexpected, unwanted and left her shaken, Smith initially told council investigators in a response written by White that the woman showed a sexual interest in him and acted as the “aggressor.”

“Judge Smith and Greg White basically tried to smear the victim,” said Clevenger, who is formerly from Dallas and has since moved to New York. “Judge Smith certainly knew that his story was a lie, but Greg White kept repeating it even after he knew it was false.”

The Judicial Council of the 5th U.S. Circuit Court of Appeals formally reprimanded Smith in December, finding he made “inappropriate and unwanted physical and nonphysical advances” toward a female courthouse staff member in his court chambers in 1998.

Smith, 75, has been a federal judge since 1984 and is a former chief judge of the Western District of Texas.

The council also suspended Smith for one year from hearing any new criminal or civil cases filed after Dec. 3 and said his conduct “was in contravention of existing standards of behavior for federal judges.”

The Judicial Council also said Smith “does not understand the gravity of such inappropriate behavior and the serious effect that it has on the operations of the courts.”

“The Judicial Council also finds that Judge Smith allowed false factual assertions to be made in response to the complaint, which, together with the lateness of his admissions, contributed greatly to the duration and cost of the investigation,” the order, signed by 5th Circuit Chief Judge Carl E. Stewart, said.

While the council said Smith’s actions do not warrant a recommendation of impeachment, Clevenger has appealed that decision to the Administrative Office of United Stated Courts in Washington, D.C., and is seeking impeachment.

Since reviewing White’s responses to the State Bar, Clevenger also now is calling for criminal investigations of White and Smith, alleging White represented the judge for free in Clevenger’s complaint and that the judge possibly failed to report that as a gift on judicial finance disclosure forms.

Smith’s latest financial disclosure report available online was filed in 2014 for the year 2012.

“White’s response to the State Bar raises a lot more questions than it answers,” Clevenger said. “If he represented Judge Smith at no charge, that was an illegal gift. If Judge Smith gave him favorable rulings, it was a bribe.”

In a letter dated Jan. 27 from White to Selman, his attorney, and submitted as an exhibit in White’s response to the State Bar, White said attorney John Palmer, a former Smith law clerk, called him and said the judge wanted to speak to him about Clevenger’s federal complaint.

White writes that the judge was concerned about the accusations being made public and asked White to file a motion to dismiss the complaint.

“I must say that I was not sure whether I was writing as Judge Smith’s lawyer, or whether I was ghost-writing for Judge Smith,” White wrote in his memo to Selman. “I am sure I had an attorney-client relationship, but unsure how formal my representation would be.”

White prepared a draft and said the judge asked him to sign the motion as his attorney.

“One statement in the motion to dismiss bears mention,” White’s memo says. “After talking to Judge Smith, I was under the impression that he believed that the young lady involved might have acted in a way to suggest her willingness to participate in a personal relationship — that she was the aggressor.

“I wrote that in the motion to dismiss — characterizing it as Judge Smith’s ‘memory.’ His memory came from a lawyer-friend of Judge Smith’s while Judge Smith’s divorce was pending. During the divorce, there were apparently ‘threats’ to make this woman’s complaint a public matter,” White’s memo says.

The lawyer, whom White does not identify, suggested that they could respond to the threatened publicity by suggesting that the woman approached the judge romantically in an attempt to gain favorable treatment for her husband, who was part of a group considering litigation in Smith’s court.

“That suggestion to Judge Smith (from his lawyer-friend) stuck with him, and he suggested it to me,” White wrote. “After the motion to dismiss was filed, a more careful examination of the docket” revealed the suggestion that the woman approached the judge in such a manner to help her husband was not true, since the lawsuit involving her husband was not filed until long after the incident in Smith’s chambers.

“I acknowledged to the investigator that we had misstated that, and wished to correct it,” White’s memo says.

In response to the charge that he and Smith failed to disclose their attorney-client privilege to opposing counsel in a case involving White, White acknowledged that an attorney from Florida who was unhappy with Smith’s rulings in the case questioned White about his relationship with the judge.

White told him he was representing the judge, and the attorney immediately filed a motion to recuse Smith from the case, which Smith granted.

“Frankly, I had assumed three things,” White’s memo states. “First, I thought my role was so limited that my representation made no difference to anyone. Second, I though that Tammy (Hooks, Smith’s career law clerk) was calling people in my cases (to inform opposing parties of White and Smith’s attorney-client relationship). Third, I knew that I was bound by confidentiality — both by rule, and by my client’s instruction — not to volunteer that Judge Smith was the subject of a judicial conduct complaint or that I was his lawyer.”

In his letter to the 5th Circuit seeking to supplement his complaint, Clevenger said it looks like Hooks “has been designated to take the fall for the undisclosed attorney-client relationship.”

In its reprimand of Smith, the 5th Circuit council found that the judge did not follow appropriate procedures regarding his recusal from the case involving White.

U.S Rep. Bill Flores, R-Bryan, told the Tribune-Herald in January that he thinks the judicial council did not go far enough in its rebuke of Smith’s actions. He said he would explore procedures to impeach the judge by talking to U.S. Rep. Bob Goodlatte, the House Judiciary Committee chairman, about those procedures.

“At face value — I don’t know all the details — but at face value it doesn’t seem like the punishment fit the crime,” Flores said last month. “I do know that there was a judge in Galveston who was impeached for less, for a lesser offense, so it looks to me . . . one of the things that our judicial system is supposed to be is fair.

“So if you have a certain kind of crime, you should have this kind of a punishment; more severe, harsher punishment. So there does seem to be a mismatch here. And so, I am going to look into it and see what we need to do,” Flores said.

Andre Castro, Flores’ press secretary, said Friday that Flores “is still gathering information and meeting with folks about it.”

Rep. Flores: Judge’s punishment did not fit the crime

The 5th U.S. Circuit Court of Appeals has formally reprimanded U.S. District Judge Walter S. Smith Jr. after finding he made “inappropriate an…

A retired judge and a Dallas attorney selected by a special judicial committee to investigate sexual misconduct allegations against U.S. Distr…

The chief judge of the 5th U.S. Circuit Court of Appeals has appointed a special committee to investigate sexual misconduct allegations agains…

While the U.S. House of Representatives Judiciary Committee is considering if impeachment of U.S. District Judge Walter S. Smith Jr. is warran…

U.S. District Judge Walter S. Smith Jr., the subject of a renewed investigation into allegations that he made unwanted sexual advances toward … 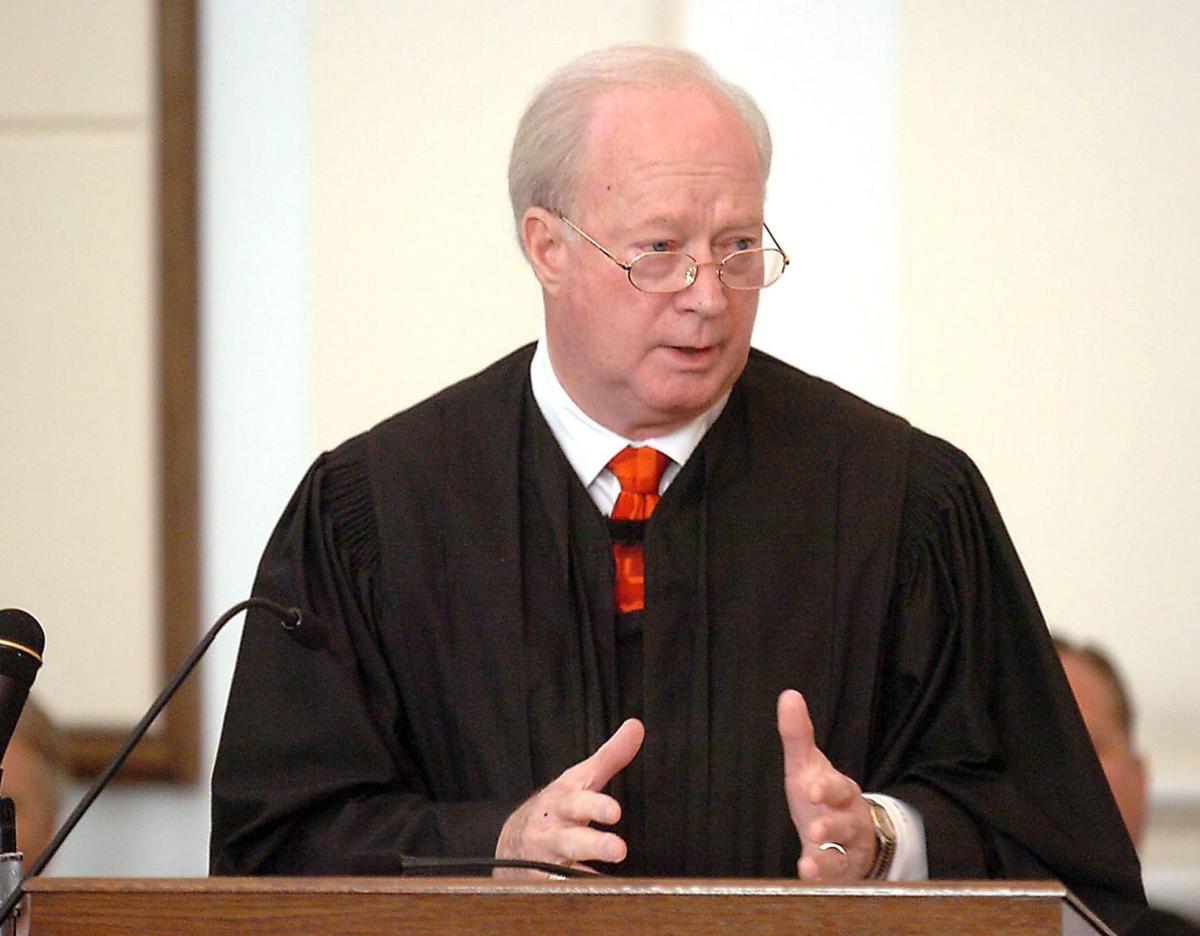 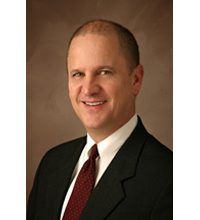