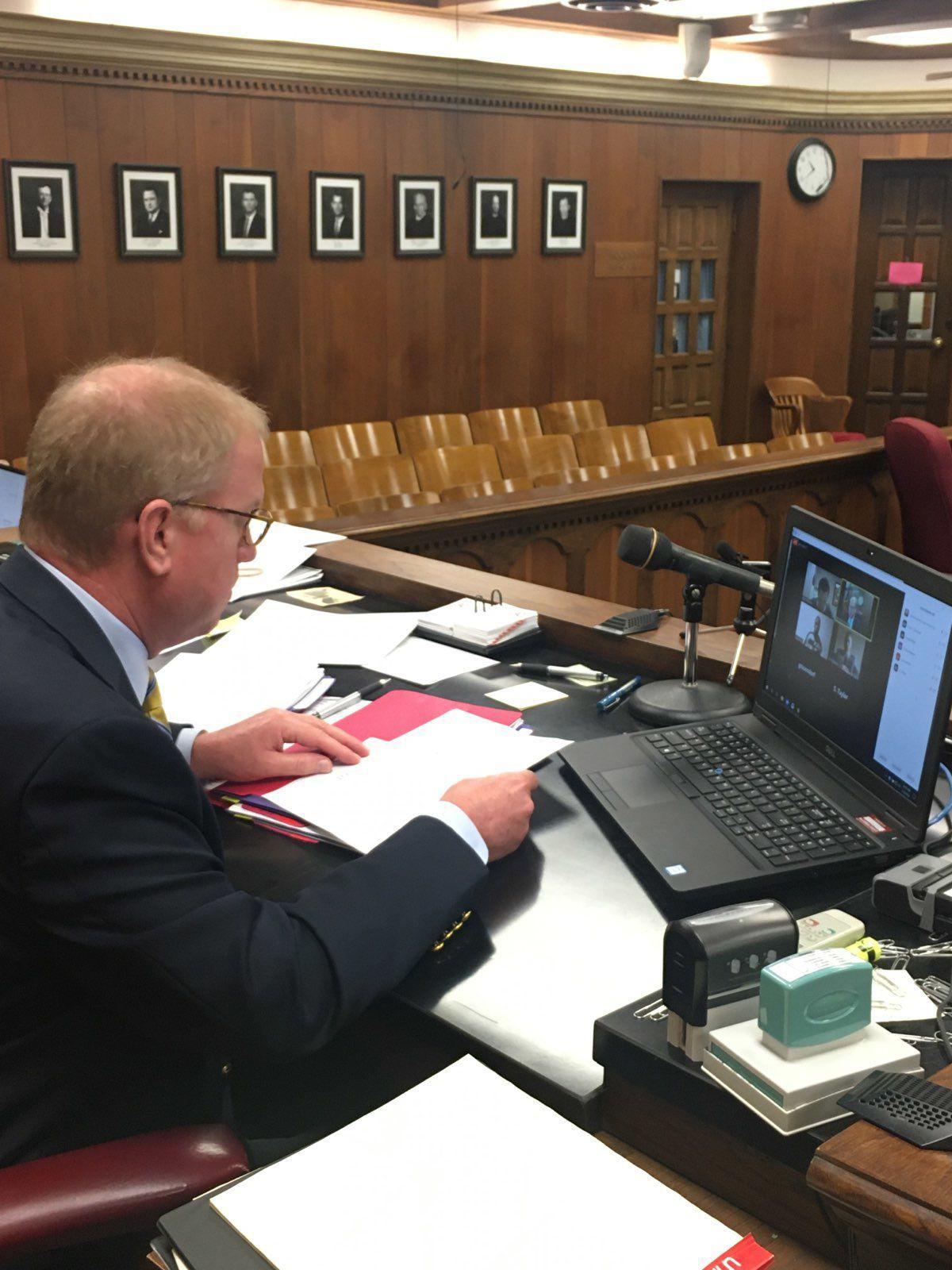 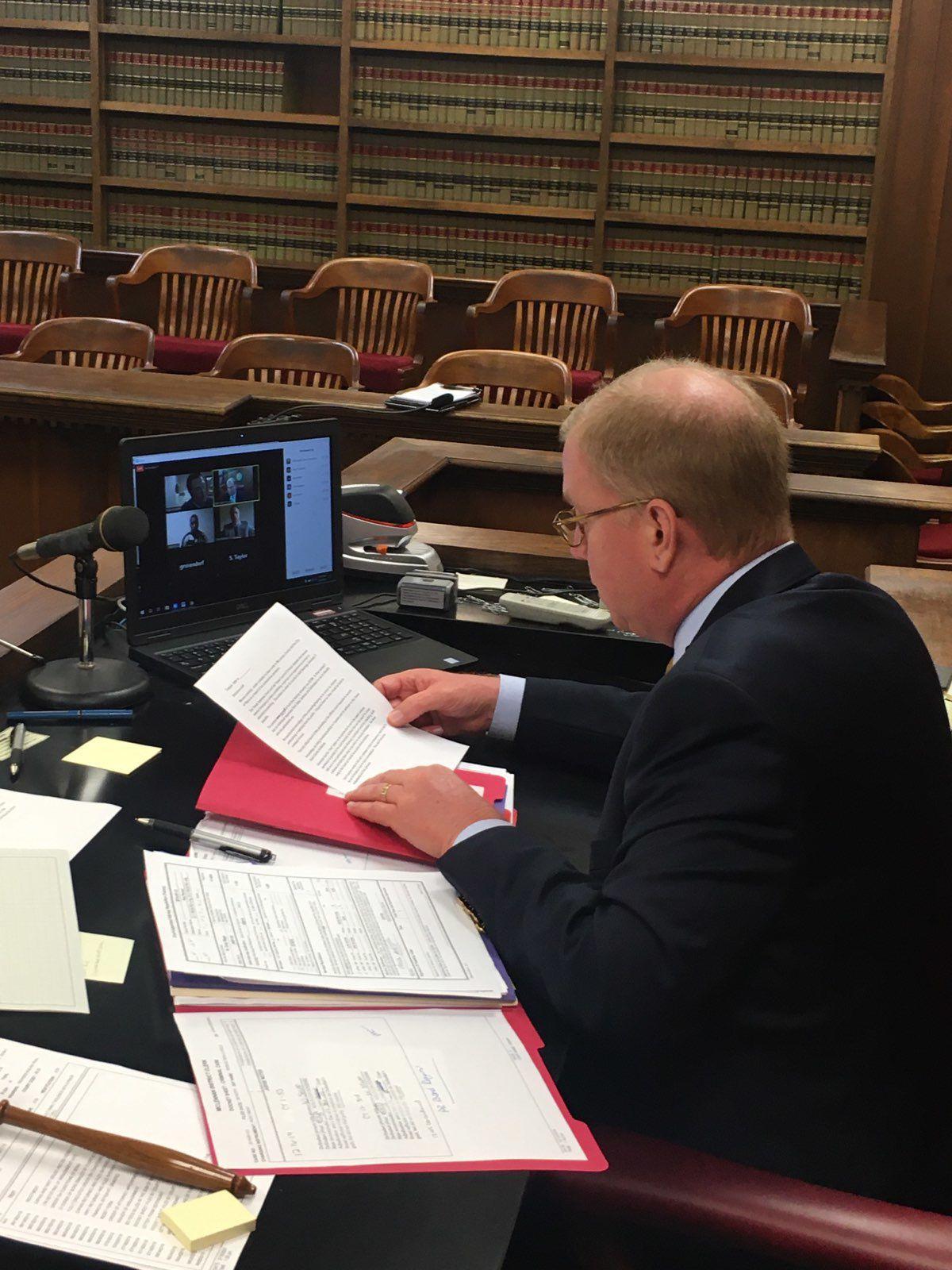 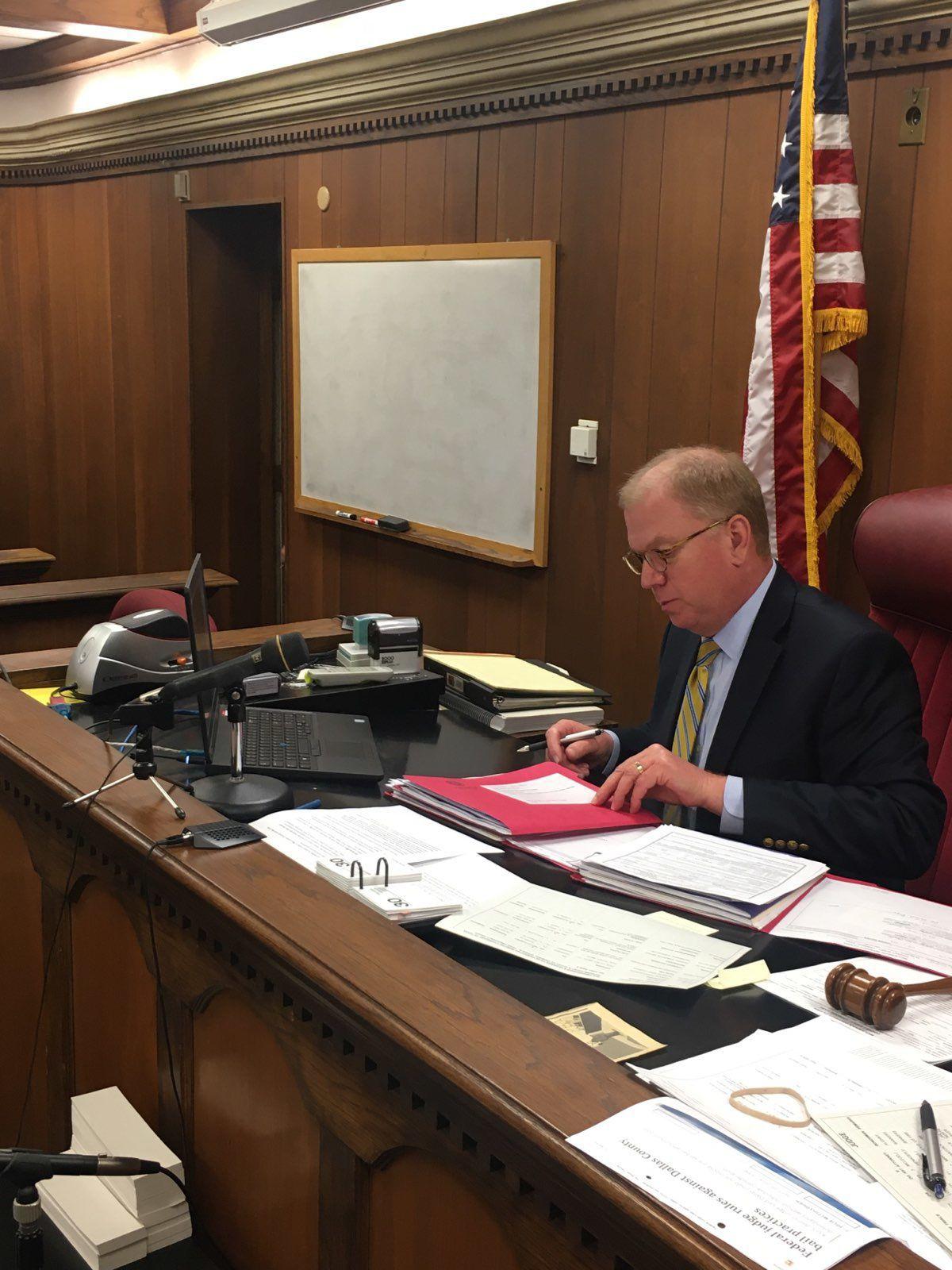 In this new world of social distancing and shelter-in-place, the McLennan County judicial system has upgraded its technological capabilities in an attempt to keep the wheels turning in the darkened halls of justice.

Laboring under executive orders that suspend all but essential court proceedings, McLennan County’s two felony court judges, Matt Johnson and Ralph Strother, have set up videoconferences in an attempt to keep their dockets moving somewhat and to assist in easing the jail population.

With the assistance of District Clerk Jon Gimble and his top criminal chief deputy, Connley Litton, who set up the networks, the judges are using Zoom, a teleconferencing and webinar app, and linking that to YouTube to allow them to talk to inmates at the jail, as well as prosecutors, defense attorneys and probation officers, who never have to leave their office.

“The Supreme Court has ordered us to have no in-person proceedings, except essential matters,” Johnson said. “This is the first week of us using this, and so far, I think that Zoom is an excellent computer application for conducting meetings and court proceedings.”

By putting the proceedings on YouTube, the judges are able to comply with constitutional provisions requiring public access to open courts. The judges are trying to limit the number of people in the courtroom at one time to practice recommended social distancing.

Jury trials have been postponed in McLennan County at least through May 11.

Still, the judges are trying to keep certain aspects of their dockets moving, with emphasis on defendants whose guilty pleas will result in them being released from jail on the basis of time served or those who will be placed on probation.

On Monday, Strother was still conducting pleas and sentencings in his courtroom. However, he limited the proceedings to two defendants at a time, who were brought to court from the jail in a van with one inmate riding in the front and the other in the back, officials said.

During the pleas in Strother’s court, the defendants stayed separated in the jury box while their attorneys and a prosecutor kept their distances. In the past, where Strother averaged 15 to 20 pleas on Mondays, he had four in the morning and four in the afternoon Monday.

McLennan County Court-at-Law Judge Vik Deivanayagam, who administers the county’s drug and alcohol court, an intensive supervision program for people with substance abuse issues, said he has had to alter the group’s regular Friday meetings with the court because of COVID-19 restrictions.

Offenders in Phases 3 and 4 of the 15-month program are not required to come to court weekly but are still under scrutiny from probation officers.

Phase 1 and Phase 2 offenders are splitting their time in court, with three women coming in at different times than the five or six men in the group. They are participating in Alcoholics Anonymous and Narcotics Anonymous meetings online instead of in person and they still are administered regular urinalysis tests, Deivanayagam said.

“I think there is a necessity to provide some consistency to those participants in the program,” Deivanayagam said. “The worse thing for an addict is isolation. When they are alone, they can have bad thoughts, which can lead to bad actions.”

Deivanayagam said he and fellow County Court-at-Law Judge Brad Cates are also getting equipped to conduct hearings via teleconference during this time of limited courtroom activity.

Photo gallery: The latest photos from the coronavirus pandemic around the world