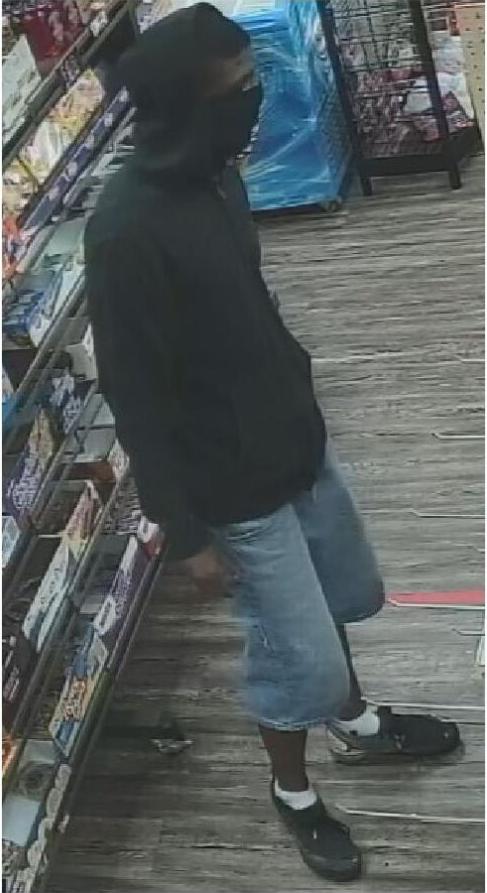 Bellmead Police are asking for help identifying this man, who they believe was involved in an assault Tuesday evening.

Bellmead Police are seeking information about this white Chevrolet Impala, which they believe was involved in an aggravated robbery Tuesday and had no license plate at the time.

The Bellmead Police Department is seeking help identifying a man who grabbed a woman while she was pumping gas Tuesday evening, then fired a gun at her car as she ran away, according to a department press release.

Officers responded at about 7 p.m. to a shots fired call at the Bell Mart convenience store, 2917 Bellmead Drive. A woman told officers a man approached her and grabbed her while she was pumping gas, according to the press release.

"The victim was able to pull away from the man and run," the press release says. "The suspect began shooting at the passenger side of her car."

Others in the area told officers the man ran away with a gun in his hand and got in a white Chevrolet Impala with no license plate parked nearby, according to the press release.

Police are asking anyone with information about the incident to call 254-799-0251.

Bellmead Police are asking for help identifying this man, who they believe was involved in an assault Tuesday evening.

Bellmead Police are seeking information about this white Chevrolet Impala, which they believe was involved in an aggravated robbery Tuesday and had no license plate at the time.