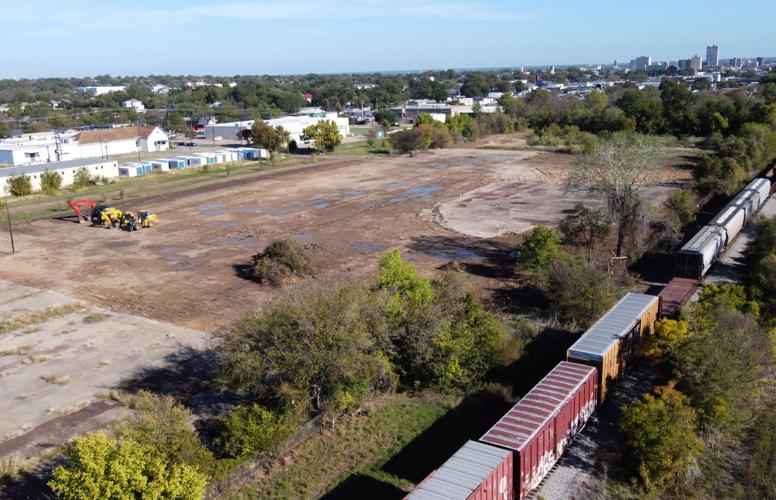 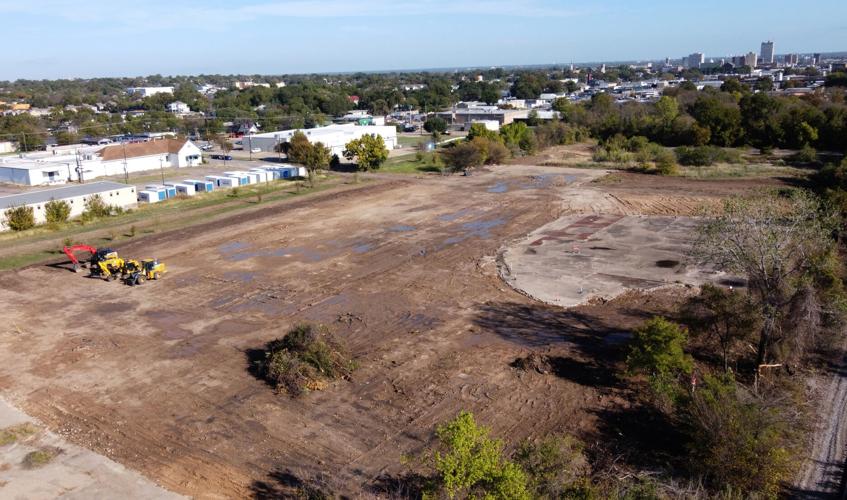 A legal struggle between Oncor Electric Delivery and Waco businessman Michael Hillman over a South Waco tract has been resolved, leaving Live Oak Classical School supporters free to build a sports complex there and Oncor to build a substation next door at South 26th Street and Mary Avenue.

Land clearing has begun on about 7 acres nestled between Bell’s Hill Park, railroad tracks and the 7-Eleven convenience store on Franklin Avenue. Big yellow machines are peeling away topsoil and rolling cement into piles at the old site of William Cameron Wholesale lumber mill.

A year ago, Hillman asked the Waco Plan Commission for a right-of-way abandonment to improve access to a proposed baseball, softball, football and tennis facility, along with a concession stand and a 115-space parking lot.

But a hitch developed when Oncor officials persuaded the city to delay action on Hillman’s request, saying that the distribution company might want to someday place a substation there to serve an expanding downtown. The Waco City Council on March 15 approved abandoning a narrower strip of right-of-way, but the issue with Oncor remained.

On Aug. 10, Oncor filed suit against the owner, Centex Sports Facilities LLC, of which Hillman is the registered agent.

The company said pursuant to its responsibilities as an electric utility, “necessity requires that Oncor construct, operate, and maintain the new Mary Avenue Substation to be located on the defendant’s property ... in order to meet increased demand for electric service to the McLennan County area.”

The 414th State District Court in Waco appointed a three-person commission, with two alternates, to determine how much Oncor should pay Centex Sports Facilities LLC for 2.3 acres of the 9.2-acre site, allowing the company to place a substation there.

Title to the 2.3-acre tract along 26th Street was conveyed from Centex Sports Facilities LLC to Oncor on Oct. 22, according to county deed documents, and Oncor on Nov. 9 filed to have the court dismiss its pending legal action.

Other documents show that Centex Sports Facilities LLC in late October acquired more than 4 acres in a separate transaction from J2DW Arrow Properties LLC, extending the sports complex property in the opposite direction toward 22nd Street.

Oncor South Region Manager Michael Baldwin said Monday that the company “owns land on which we plan to build the proposed Mary Avenue substation apart from the land being cleared.”

Baldwin said Oncor has not begun any work on its site.

“We are currently working with the city on next steps for this potential substation location,” Baldwin said in an email. “We have not begun construction on the site. ... Oncor is committed to continuing to deliver safe and reliable service to the the growing Waco community, and facilities such as the proposed new Mary Avenue substation are needed to keep up with the city’s growth.”

Almost exactly a year ago Live Oak Classical School acknowledged its interest in the old Cameron mill site for a sports complex, which would be a difficult fit at its main campus on South Fifth Street downtown.

A rendering submitted to the Waco Plan Commission then showed the various sports facilities and a 115-space parking lot. City of Waco officials said recently the map is preliminary and has not been subject to city approval.

Brice Helton, Live Oak Classical’s athletic director, said in an interview last week that the private school does not own the land being cleared. He did not rule out future Live Oak interest, and said the matter may become clearer in coming months.

Last November, Peters told the Tribune-Herald he understood that Hillman controlled the property and might make it available to Live Oak Classical if and when procedural challenges have been addressed. He said last week the property would not need rezoning to accommodate a sports complex.

Bobby Horner, public information specialist in the inspection services department, said he likewise knows of no formal construction plans being submitted or building permit issued for a sports complex.

Live Oak has not been idle while the matter plays itself out.

In 2019, Live Oak began play on a new athletic field at Fifth Street and Webster Avenue, across the street from Magnolia Market at the Silos. It has built a competition gym downtown valued at more than $2 million, according to a building permit released by the Associated General Contractors office.

In 2015, Live Oak Classical launched a two-phase expansion that broadened its borders from 1.5 acres to 7.6 acres, spending $7 million moving its grammar school from First Baptist Church to the Waco Outreach Foundation’s Hoffman Hall building next door, the Tribune-Herald reported.

But the school finds itself crowded by continued development downtown. The nearby Phoenix Ballroom now home to an Italian restaurant, Pignetti’s Waco, on South Third Street. A market-like retail presence also eventually may occupy the remodeled ballroom, according to real estate sources.

A multi-story, 182-room AC Hotel by Marriott under construction at Sixth Street and Mary Avenue is within easy walking distance of the Live Oak campus. The $40 million property will have street-level amenities along with a restaurant, bar, parking garage and conference center.

Across town, the business district between 23rd and 26th streets and Mary Avenue has seen decline since the once thriving William Cameron Co. discontinued its lumber operations. Head-high weeds form an unsightly barrier around the land being bulldozed. It is barely visible from Bell’s Hill Park, 26th Street and businesses along nearby Franklin Avenue.

On Friday and continuing into Monday, the big machines growled and smoke rose from a crackling fire set to burn tree limbs and undergrowth piled at the property’s rear.

No signs are yet posted to inform the public what’s coming sooner or later.

Waco may scrap plan for hotel next to Baylor basketball arena

Baylor University regents approved the next phase of construction for the riverside Fudge Football Development Center, bringing the project’s …

A tenured McLennan Community College government professor is suing the college in federal court over his firing earlier this year that stemmed from a Jan. 25 incident with campus police.

Sharp-eyed visitors to the Mayborn Museum may soon notice an addition to the museum’s signs: a subtitle identifying the museum as a Smithsonia…

Behind the Headlines: Investigating the Catholic Diocese of Buffalo

AIDS in Kenya: Homabay County, where fish are traded for sex

AIDS in Kenya: Homabay County, where fish are traded for sex 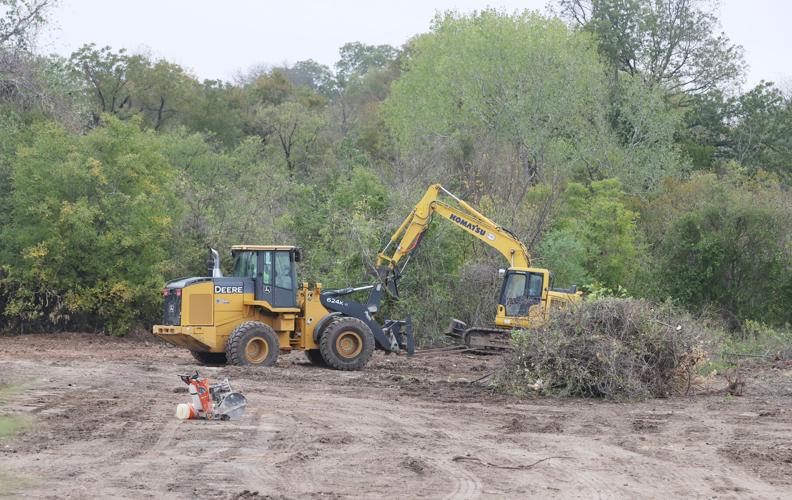