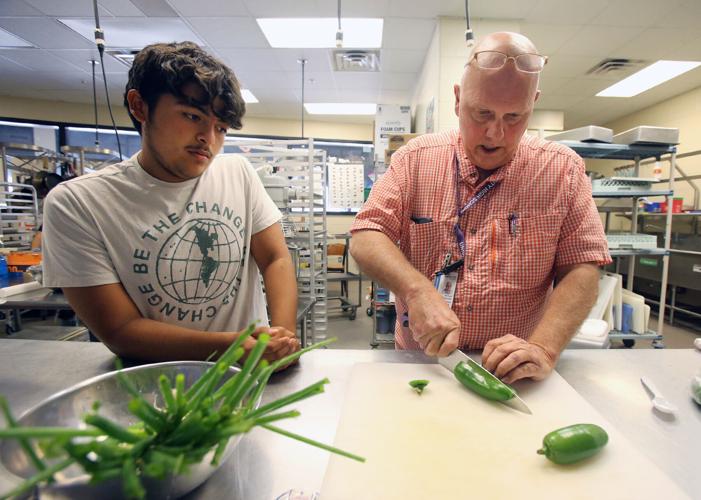 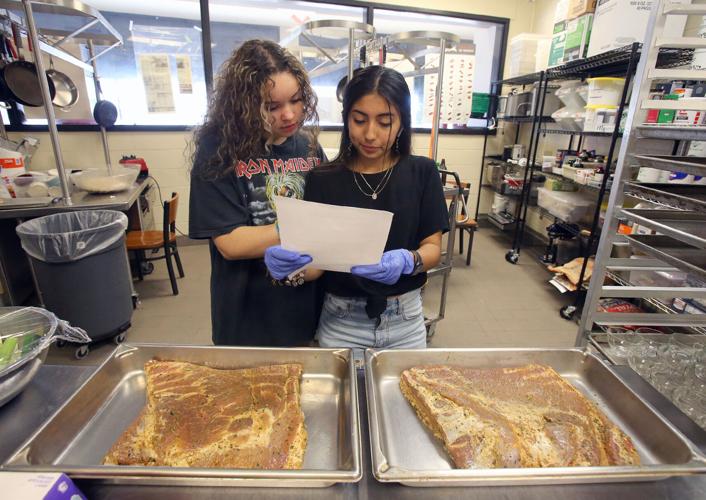 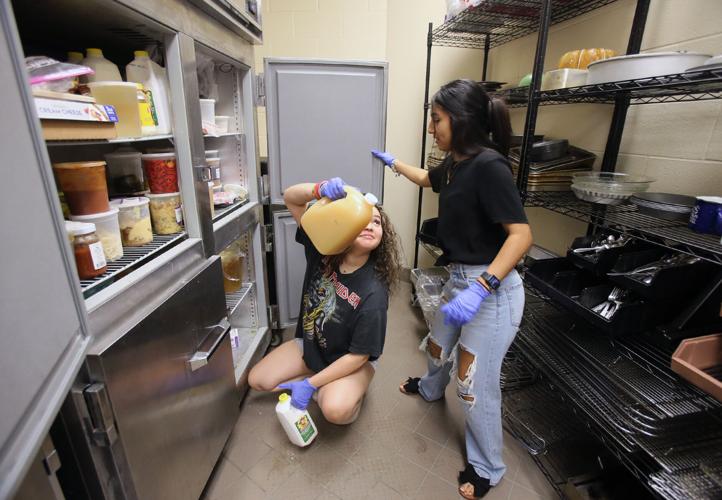 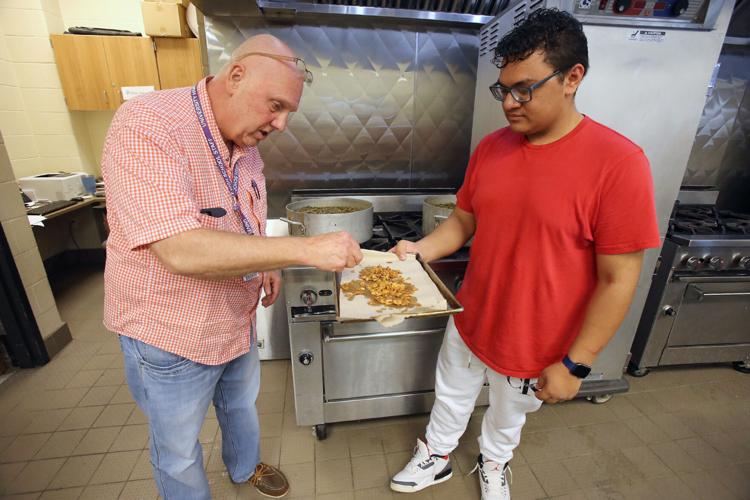 Mike Osborne — better known in Waco as Chef Oz — runs his culinary arts classes at University High School like a restaurant, with pots and pans clanging, students bustling about and the smell of freshly cooked food filling the nostrils of all who enter the classroom-turned-kitchen.

At his instruction, students peel and slice garlic to paper-thin perfection, scrape the marinade from giant slabs of pork belly and learn that pitting a fresh jalapeño is much easier with a spoon.

Osborne introduces his students to French culinary practices and shows them how use fresh produce and cook from scratch.

But Osborne knows students return home, where he can no longer ensure kids are eating nutritious meals.

“Many of our kids prefer munching on food-like products such as Takis, ramen noodles and a multitude of sugary drinks instead of real foods,” Osborne said. “We attempt each day to give kids the chance to challenge their preconceived notions of what they will or won’t eat. Some respond better than others.”

He echoes the observations of statewide experts, who say that sugary, processed foods are the ones that also happen to be the most accessible. And that fact contributes to Texas’ high and growing rate of childhood obesity.

Especially in urban areas with high poverty rates, such as Waco and Bryan-College Station, experts say it’s vital that communities take a stand to improve the nutrition habits of children and slow the obesity epidemic.

Childhood obesity — defined as body mass index in the 95th percentile or higher based on standard growth charts — affected 20.3% of Texans ages 10 to 17 in 2019-20, according to federal datasets analyzed in the State of Childhood Obesity report by the Robert Wood Johnson Foundation. Texas had the eighth-highest rate in the U.S., while the national rate was 16.2%.

Other measures by the U.S. Centers for Disease Control and Prevention show a 15.6% obesity rate in Texas children ages 2-4 in the Women, Infants and Children program, and a 16.9% rate among Texas high school students.

Researchers on child obesity in Texas have noted several trends:

Childhood obesity sets the stage for adult obesity. A study by the Harvard T.H. Chan School of Public Health estimates that 59% of today’s 2-year-olds are on track to have obesity by the time they’re 35, Benden said.

Black and Hispanic groups are disproportionately affected. A UTHealth report says 31% of Hispanic and 22% of Black 11th graders have obesity, compared to just 17% in non-Hispanic white children.

Some youth aren’t eating produce. Data from the Youth Risk Behavior Surveillance System shows 11.5% of high school students didn’t eat vegetables and 8.8% didn’t eat fruit within the week before they were surveyed. However, 19.5% of them drank a soda everyday during the same week.

One in five U.S. kids stricken with obesity as nation struggles for solutions to epidemic

Experts agree that lack of access to nutritious food in certain areas, the impacts of poor eating habits during the pandemic and intense weight-related stigma are worsening childhood obesity challenges.

While obesity rates have fluctuated throughout the years, Deanna Hoelscher, dean of UTHealth School of Public Health’s Austin campus, said there’s been a general upward trend in obesity prevalence across all groups since 2000.

Hoelscher, who is also director of the Michael and Susan Dell Center for Healthy Living, said she observed the obesity rate in 2000 to 2002 was less than 20% for eighth-graders and less than 15% for 11th graders. Today the rate has climbed to almost 25% in both groups, according to data from the Texas School Physical Activity and Nutrition Project.

Experts agree that the problem is about much more than just diet and exercise. Hoelscher said those wanting to address child poverty must address foundational elements, such as the environment people live in and their perception of healthy foods.

Hoelscher said Texas is unique in that it has a lot of wealth as well as a lot of poverty, and poverty is associated with higher rates of obesity. Counties in the Lower Rio Grande Valley have the highest rates of poverty, some reaching almost 40%. Counties in more central regions don’t fall far behind, with 22.3% in Brazos County and 17% in McLennan County.

Cara Cliburn Allen, assistant director of research at the Waco-based Baylor Collaborative on Hunger and Poverty, said lack of access to healthc are is also particularly a challenge in South Texas. An article from the University of Texas Health Science Center at San Antonio says in the period of 2007 to 2010, Hispanic residents in South Texas had a 40.8% uninsured rate, which was nearly 3.5 times higher than the rate for non-Hispanic white people.

Socioeconomic status is tied to both a lack of health care access and food insecurity.

Hoelscher said the most affordable foods are often more highly processed and tend to have more sugar, while fresh fruits and vegetables are more expensive. People must also know how to cook palatable, culturally relevant foods.

Chef Oz takes those considerations to heart when teaching culinary students at University High School, where the student body is 75% Hispanic and more than 18% Black.

“The lore of the kitchen and the ability to replicate traditional cultural recipes has been lost altogether in many households, not just ethnic households, or is quickly fading away,” said Osborne, who has more than 30 years in the restaurant business and a degree from the Culinary Institute of America.

“Part of our job as culinary educators is to help stem the erosion of our food ways and do our part to preserve and protect the cornerstones of our culture,” he said.

Emilie Cunningham is director of programs for women and children at Waco Family Medicine, which primarily serves McLennan County’s low-income residents. She said the economic segregation and lack of income diversity in communities plays into the lack of access to resources.

Cunningham said exercise must also be culturally relevant and environmentally achievable. For example, she said she can suggest patients take a yoga class, but that activity might not be meaningful to them. She also said there are people who live in unsafe areas and communities without neighborhood parks or sidewalks, making exercise largely inaccessible.

Although Cunningham said there are more classes like Osborne’s and community operations popping up, there’s still a need for schools to shape their perspective.

Hoelscher said a lot of initiatives in Texas have been geared toward elementary school pupils, notably starting in 2001 when the Texas Legislature approved coordinated school health programs at the elementary level, which were credited for decreases in obesity rates into 2004 and 2005.

Cliburn Allen agreed and said there was a lot of work done in Texas legislatively in the early 2000s, including the creation of School Health Advisory Councils that help increase access to healthy foods. She said the committees are still around and the collaborative works alongside them.

“We have been working with these health action committees to increase access to healthy food for kids or just increase policies that cultivate healthy lifestyles for kids, whether that’s around physical education or the types of food served in school meals, or even just helping think about culturally sensitive foods,” Cliburn Allen said.

Hoelscher said although Texas was an early leader in the fight against childhood obesity, a lot of the requirements that were put in place were unfunded mandates that were watered down over time, wtih national legislation eventually replacing the work the state had done.

Currently, the Texas Education Agency said legislation requires K-12 districts to offer an enrichment curriculum, which is meant to add value to curriculum by including varied activities. The curriculum must involve health education, mental health instruction and physical education.

But that doesn’t ensure students will take the offers up.

TEA said only one credit physical education credit is required for high school graduation, and health hasn’t been a state-mandated course requirement in Texas high schools since 2009.

Schools are required to offer physical education and health-related courses, but offering them may not be enough to actually get kids involved. Data from 2019 shows 64.9% of Texas high school students didn’t attend any physical education classes in an average school week. Hoelscher said the emphasis on academic achievement in high school can push things that aren’t required to the back burner.

“It’s really too bad, because the emerging data really show that being physically active helps in executive function, which helps with academic achievement and also eating a healthy diet has been associated with higher test scores on standardized exams,” Hoelscher said.

Benden, the A&M researcher, said if intervention doesn’t happen early, obese children have much worse outcomes than their peers, such as Type 2 diabetes, cardiovascular disease and certain cancers.

He said what used to be called adult-onset diabetes is now called Type 2 because so many children are diagnosed with it. He said many people were able to see the latent effects of obesity in action during the pandemic, and people with obesity suffered worse outcomes when catching COVID-19.

Benden said in America, only about 5% of adults are successful with weight loss, and the best way to fix obesity in adults is to start when they’re children. The greatest predictor of adult obesity is childhood obesity, and before that it’s toddler obesity.

Obesity is a tough subject to talk about, especially in children, and Benden said there has been a recent push from some to open up harsher, more realistic conversations.

Researchers, school officials, legislators and physicians have been working for many years, many efforts failing to show progress, Benden said. To make a dent in the issue of childhood obesity he said it’ll take a concentrated effort coming from multiple fronts at one time in one place, “a lot of arrows in your quiver.”

He said there’s not one correct solution, but with public awareness and the strength of many, communities can pick up those arrows that did work and put them together to address child obesity from a system level.

States with the most physically active teens

States With the Most Physically Active Teens

Rates of physical activity among teens are declining

Kourtney David is a Baylor University graduate from Springfield, Missouri. She joined the Tribune-Herald staff in July 2022.

A legal struggle between Oncor Electric Delivery and a Waco businessman has been resolved, leaving Live Oak Classical School supporters free to build a sports complex in South Waco.

Waco may scrap plan for hotel next to Baylor basketball arena

A tenured McLennan Community College government professor is suing the college in federal court over his firing earlier this year that stemmed from a Jan. 25 incident with campus police.

Sharp-eyed visitors to the Mayborn Museum may soon notice an addition to the museum’s signs: a subtitle identifying the museum as a Smithsonia…

Baylor University regents approved the next phase of construction for the riverside Fudge Football Development Center, bringing the project’s …

Construction of future Waco High tears down past trees

As work on the future Waco High School is proceeding, some of its history — in the form of many trees on the campus — is receding.

A combination of donor support and investment has expanded Baylor University's endowment to $2 billion, a goal the school first set in 2012. 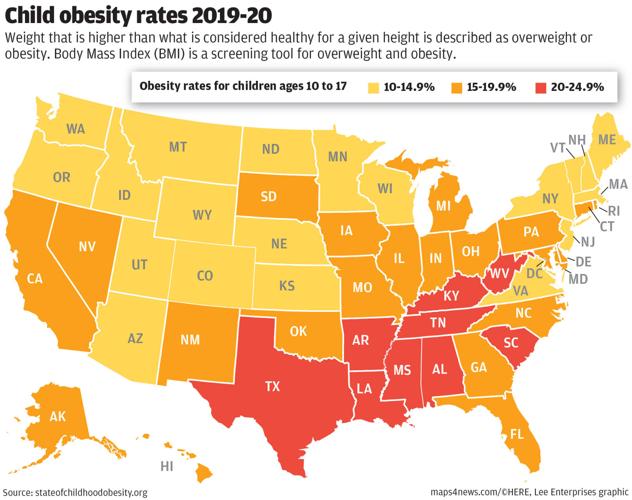 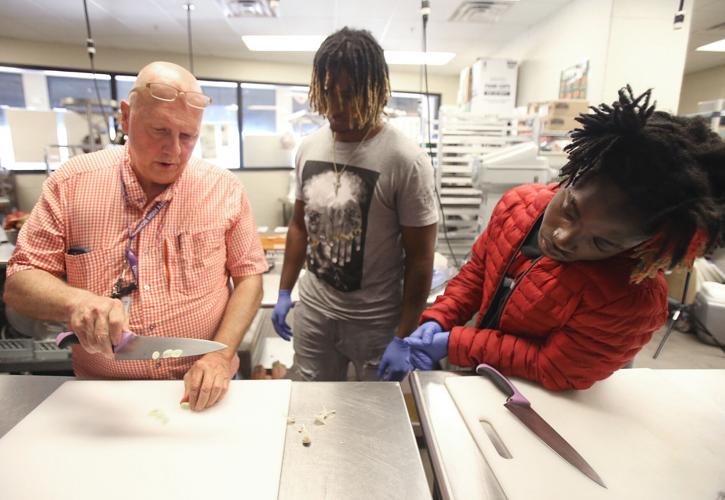 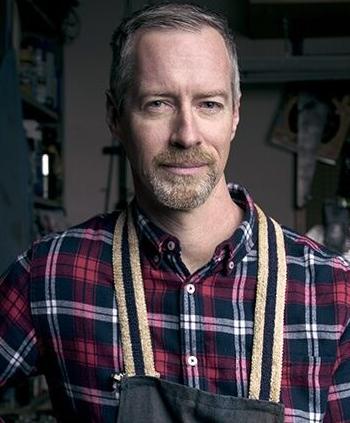