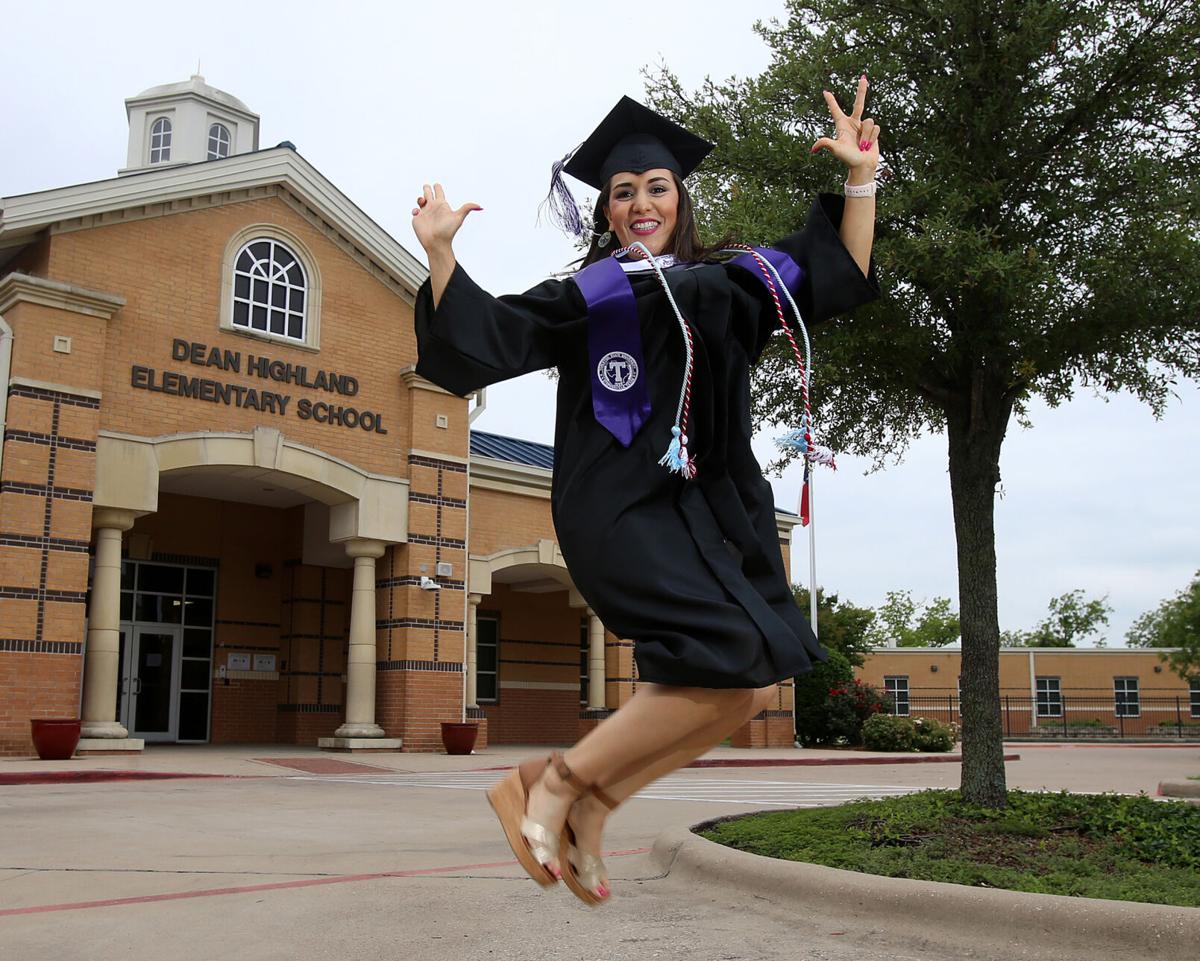 Krisol Villa Flores will start her career as a bilingual teacher at Dean Highland Elementary School in the fall. 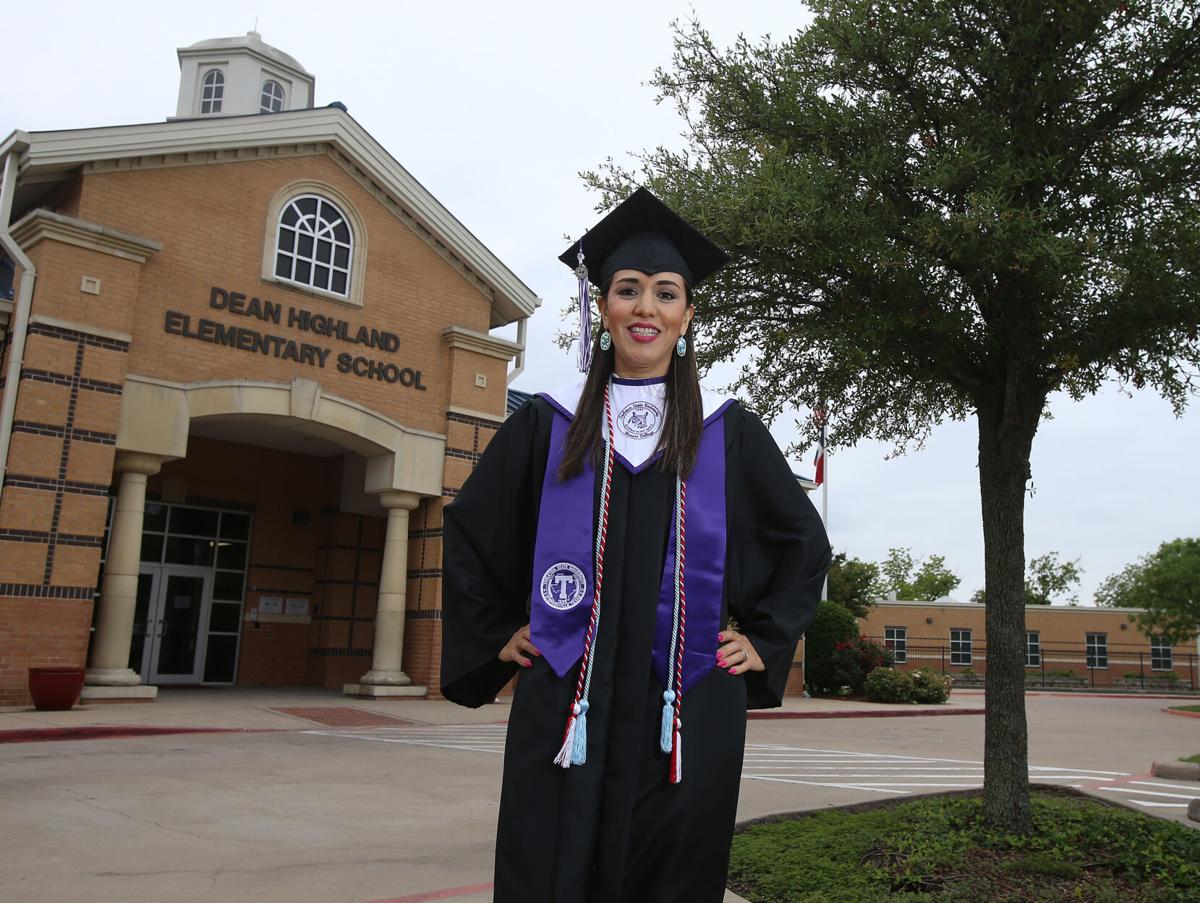 Krisol Villa Flores came to the United States eight years ago without speaking English. In the fall she will start at Dean Highland Elementary School as a bilingual teacher, after learning English and getting an education degree. 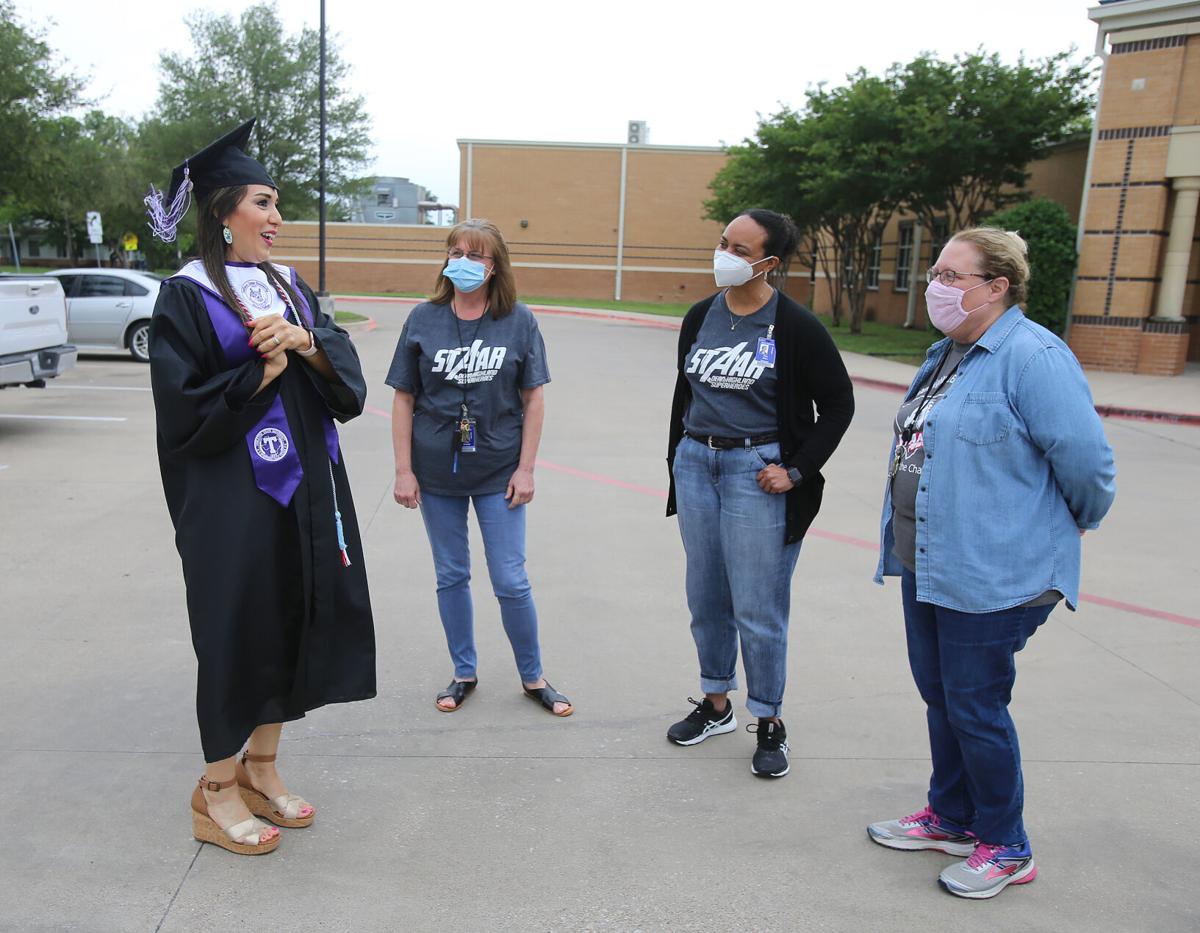 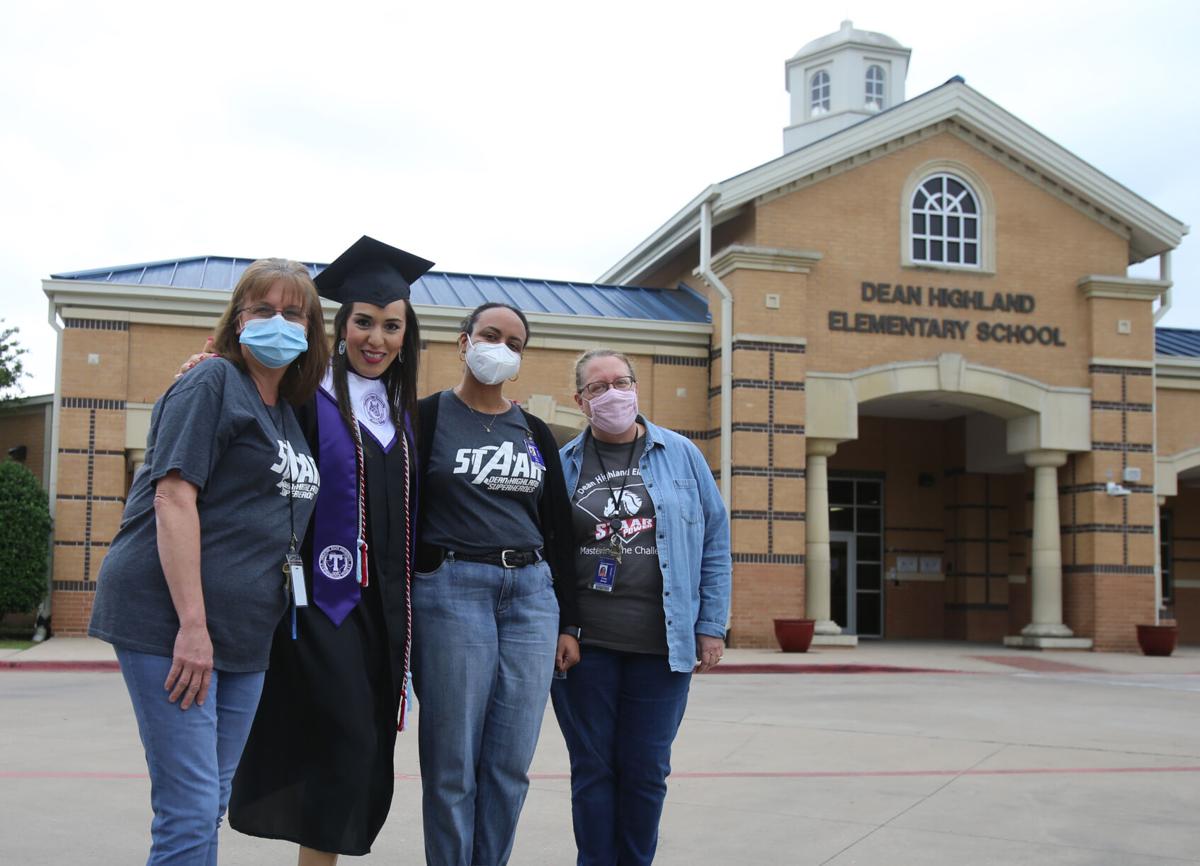 With a backpack in tow and tears rolling down her face, Krisol Villa Flores roamed the parking lots at Texas A&M University after her first day of classes at the English Language Institute left her overwhelmed and frustrated. On Saturday, years after that terrible first day, Villa Flores will not only walk as a college graduate with a degree in education from Tarleton State University but she will also serve as the commencement speaker at the ceremony.

“It was so bad. I was crying so much. I couldn’t understand what they were saying, I couldn’t find my truck, I couldn’t find the bus. I just wanted to go home and see my kids,” Villa Flores said of her first day at the A&M campus.

In the fall, Villa Flores will be starting as a bilingual teacher at Dean Highland Elementary School in Waco, hoping to help other families now in the position she found herself when she first came to Texas.

The 39-year-old Chihuahua, Mexico, native came to the United States with her husband and daughter eight years ago, leaving behind her career in business administration for her husband to find more opportunity in his line of work. After settling near Groesbeck, Villa Flores found herself in a country where she could not even speak the language.

“I would go to the grocery store and I wouldn’t be able to ask where an item was,” she said. “I enrolled my daughter in school and had a hard time communicating with the teacher. It was very frustrating. I would cry all the time, I got very depressed and then I decided to enroll in school.”

Villa Flores recalled the intensity of the classes at the A&M institute, which helped international students learn English for 50 years, before it closed in 2017. She said she often left her house at 4:30 a.m. as the commute alone would take her two hours.

“There were students from all over the world and none of us spoke the same language. I couldn’t talk to anybody in Spanish because we couldn’t understand each other,” Villa Flores said.

She attended A&M classes for a year, even earning an “outstanding student” award before moving on to enroll at McLennan Community College and Tarleton State University’s College of Education.

Learning the English language was a big challenge, and she still struggles with some words and getting used to certain parts of the culture, especially slang words and trying to understand jokes, she said.

“They might laugh at me. They do sometimes still laugh at me and sometimes I can’t fully understand them,” Villa Flores said.

When she enrolled her daughter in Groesbeck Independent School District she saw her struggle with learning English, and that made her want to become a teacher. Along with helping other Spanish speakers learn English, she wants to help preserve her native language as well.

“I want to advocate for families to conserve and preserve our language,” she said. “Dean Highland offered me a position in their dual language program, instead of early exit, and I want my language to be preserved and for people to know that there are a lot of benefits to knowing how to speak and write in two languages.”

Waco ISD recognizes the benefits of being proficient in two languages and encourages students to work toward that through its programs, said Grace Benson, the district’s director of bilingual education and English as a second language programs.

“In looking at the benefits of the programming offered, I always look at students in how we can make them successful in today’s society,” Benson said. “Bilingual education is extremely important. We really look at today’s world and see the demands that are placed.”

Benson said studies have found bilingual students have many advantages over their monolingual peers because their brains are equipped to handle additional tasks.

She said research has shown that people who speak more than one language tend to be more skillful at filtering out irrelevant information, perform better in concentration testing, have stronger cognitive flexibility and are better at problem solving.

“If they start early on and they learn that second language early on they tend to have greater developed brain matter in parts of their brain that processes language,” Benson said.

Waco ISD offers both English as a second language programs and a few types of bilingual programs. ESL is aimed solely at students learning English, and its bilingual “early exit” program also is aimed at getting students prepared to move to English-only instruction.

In bilingual dual language programs, students are taught in both English and Spanish to help them obtain academic excellence while becoming bilingual and bicultural, Benson said.

“In the dual language program students will be having all their subjects taught half in English and half in Spanish,” Villa Flores said.

Villa Flores said she is excited to join those ranks in the fall as a bilingual teacher for the one-way dual language program at Dean Highland and to continue to help students who are in the same position her daughter once was in.

“I am so excited. I love little children,” she said. “They are so innocent and hungry for learning and they are going to be kids like my own, who might not know a lot of English.”

Benson said she is excited to have Villa Flores join the Waco ISD family.

“Her passion and how she exemplifies the passion for learning and education is why she is so perfect for the job,” Benson said. “She exemplifies how a biliterate person can be so successful and she is a perfect example of that.”

“We need to help more people and conserve our language and culture,” she said.

She said she encourages anyone struggling with learning English to persevere against any odds.

“Work on it day by day, not as a single day performance. You’ll reach it. Be constant in everything you do, and you need to find your own motivation,” Villa Flores said. “If you make a mistake don’t be embarrassed. People laughed at me all the time. They still do because of my pronunciation, but I keep going.”

Eight years after moving to Texas, Villa Flores will walk the stage as a college graduate Saturday in front of her family.

“My husband and I always try to be a good example for our children, and I think we are achieving it,” she said.

Responding to state legislation seeking to limit how racism should be discussed in Texas classrooms, Waco ISD trustees voted Thursday to reaff…

Waco ISD board gets look at community committee's bond proposal

Eyes on the attendance prize: Waco ISD seeks to hold line against decline in participation

For most students, the end of classes is reward enough for finishing the school year, but for some Waco Independent School District students, …

Correction: An earlier version of this story misidentified the Baylor official who spoke about the program. She is Mary Herridge, director of …

Krisol Villa Flores will start her career as a bilingual teacher at Dean Highland Elementary School in the fall.

Krisol Villa Flores came to the United States eight years ago without speaking English. In the fall she will start at Dean Highland Elementary School as a bilingual teacher, after learning English and getting an education degree.