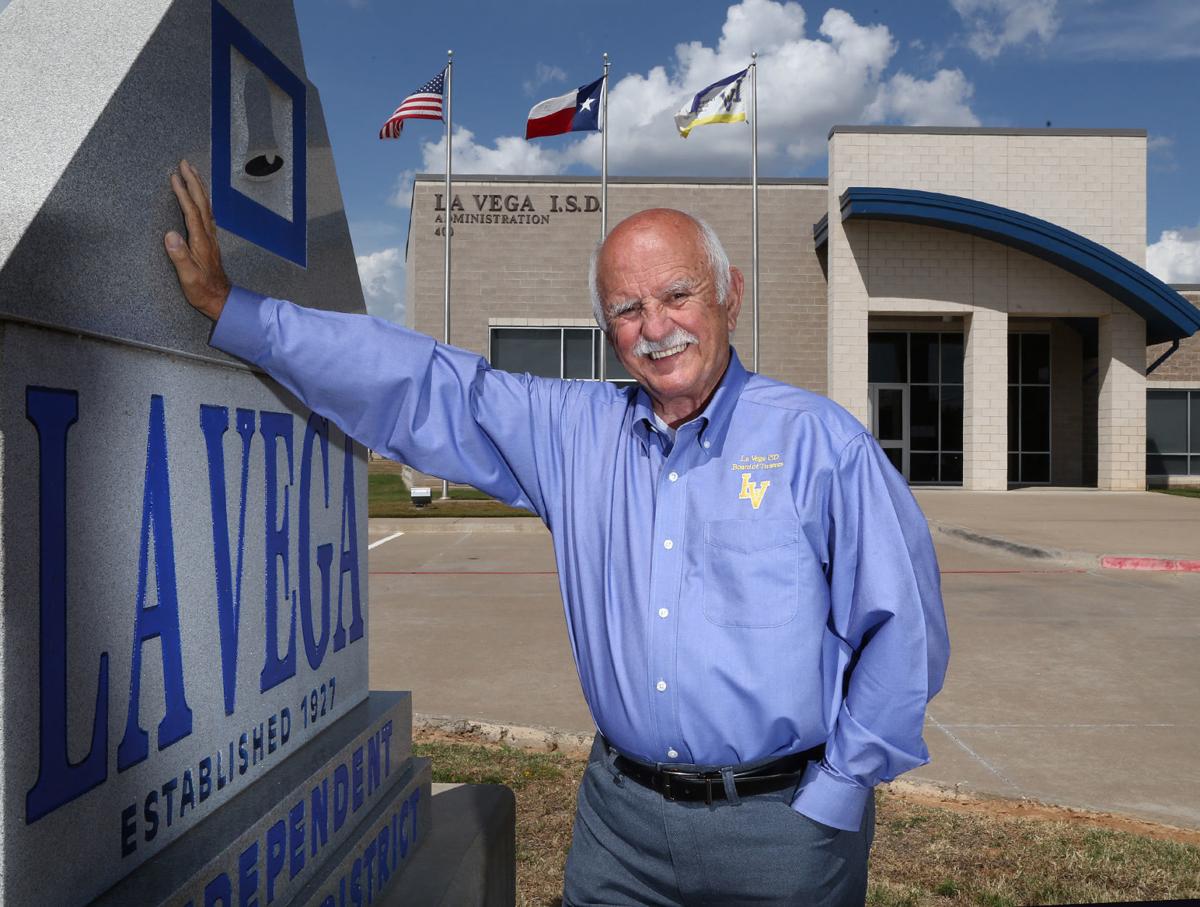 Phil Bancale, shown here in 2018, served 43 years on the La Vega ISD board and had an elementary school campus named for him. 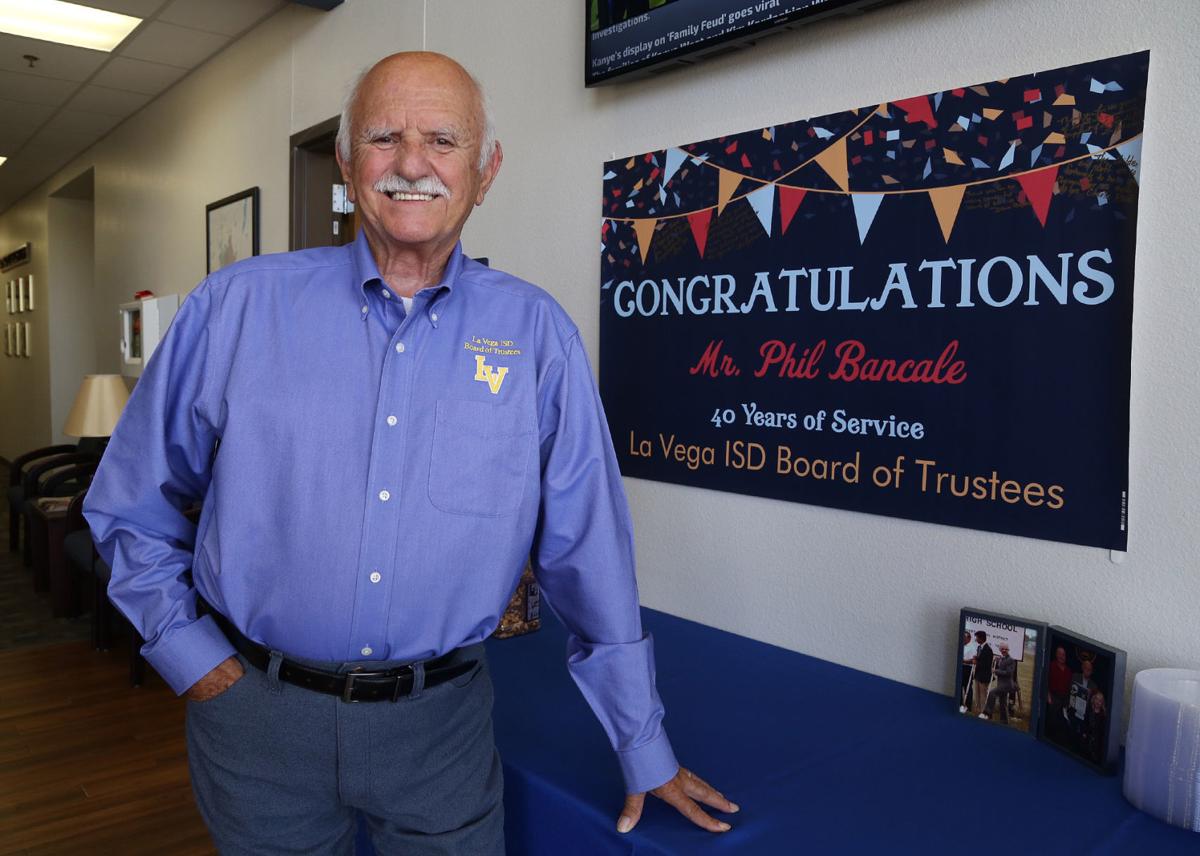 Phil Bancale served 43 years on the La Vega ISD board and had a primary school named for him.

La Vega Independent School District is mourning the loss of Phillip Bancale, whose 43 years on the school board made him one of Texas’ longest-serving school trustees.

Bancale, the namesake of a primary school in La Vega, was known to other board members for his leadership, and to students throughout the district as a tireless volunteer who loved to read to children.

“He is a La Vega ISD patriot,” board President Mildred Watkins said. “He loves the children, the football program, the district. He was involved in the academic part of it.

“He was an avid reader and he advocated for reading. When he traveled to different countries he would bring pictures back, and he would go and talk to kids about his travels. He could hold pre-K children’s attention with his pictures and stories. I loved him for that.”

A memorial service will be held at the Northside Church of Christ in Bellmead at 10:30 a.m. Saturday.

The school board will meet Tuesday and could discuss the next steps to replace Bancale, whose three-year term is up in 2024. However, Superintendent Sharon Shields said the agenda is not set and the board may postpone the discussion.

Shields said she has known Bancale since she was a La Vega math teacher fresh out of college in 1980, and Bancale was part of the board that hired her as superintendent in 2006.

“I knew him when I was a teacher, because Mr. Bancale was so visible in our district,” she said. “You just got to know him. He took a special interest in our students as well as our staff members. His visibility, compassion and care for students, staff and the overall community was outstanding. You couldn’t help but to fall in love with him.”

A New Jersey native, Bancale came to Waco in 1959 as an airman at James Connally Air Force Base. Here he met and married Waco native Lillian Mitchell. They had been married 59 years at the time of her death earlier this year.

He worked in the meat market at a Safeway in Waco and spent much of his career in the grocery business. In the 1970s, he began volunteering to read to children in La Vega ISD, and he was first elected to the board in 1978.

“I was reading in the class,” he told the Tribune-Herald in a 2018 profile. “That’s what got me interested in joining the board, and I still read in the classes.”

The profile noted that he was then the 11th-longest serving school trustee in Texas, according to the Texas Association of School Boards.

During his time on the board, he served turns as president and saw the replacement of every school building in the district. In 2019, his fellow trustees added his name to a school, christening it La Vega Primary—Phil Bancale Campus.

“I’m not sure there’s a higher honor than naming a school for someone,” Shields said Thursday. “To do it while he was living was the highest honor we could give.”

Watkins, the school board president, said Bancale has been a mentor since she came on the board 25 years ago, and she will miss him greatly.

Lorena senior surprised with news of acceptance to West Point

Waco students return to classes amid another COVID-19 wave

Local public schools are keeping their fingers crossed with the start of classes Tuesday amid another community surge of COVID-19 cases — a scenario eerily similar to last August when districts fully resumed in-person classes just as the delta variant arrived.

Baylor University officials said Tuesday that spring classes could again move online-only for the start of the semester, depending on the curr…

Phil Bancale, shown here in 2018, served 43 years on the La Vega ISD board and had an elementary school campus named for him.

Phil Bancale served 43 years on the La Vega ISD board and had a primary school named for him.