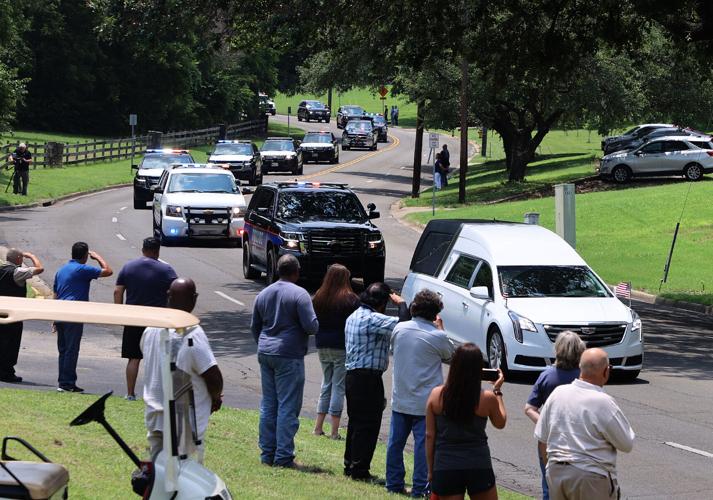 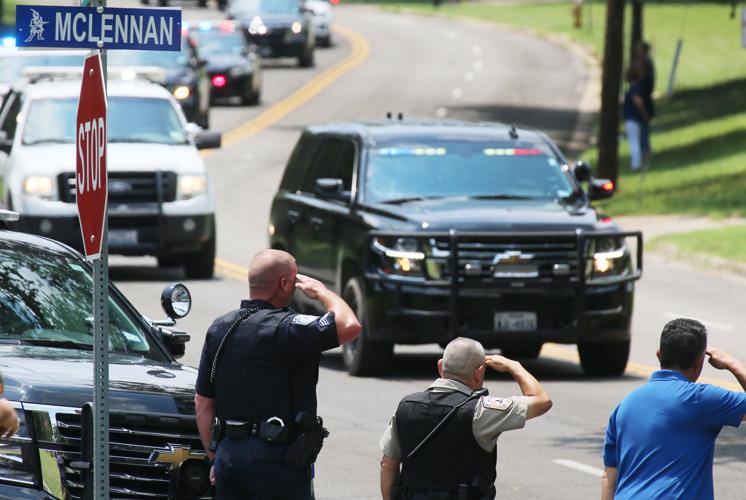 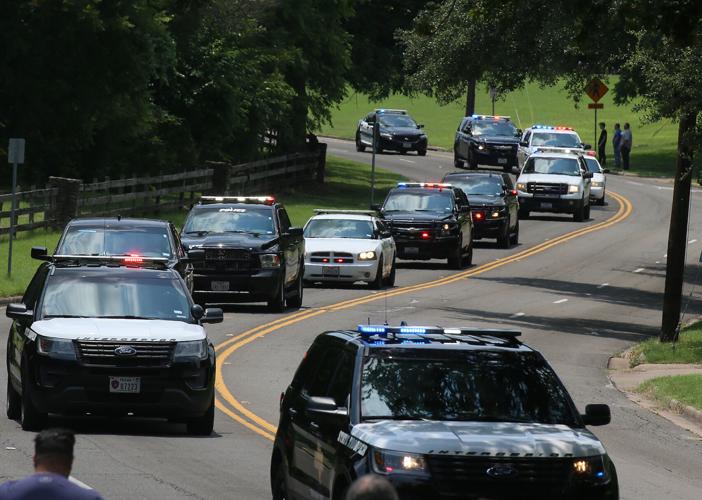 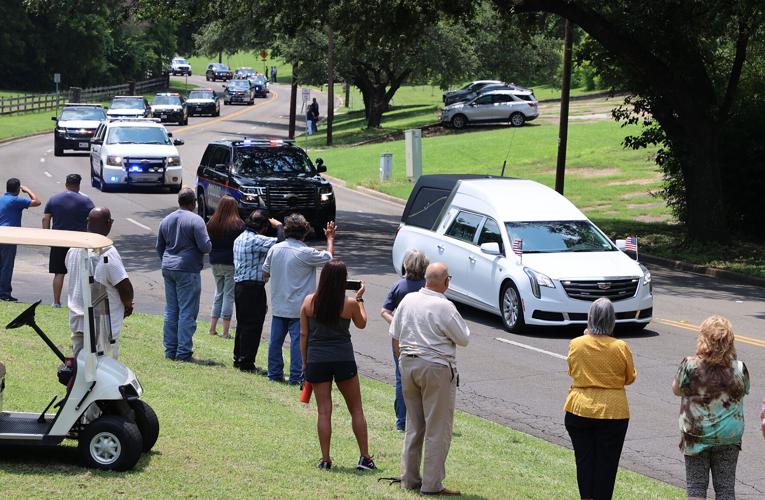 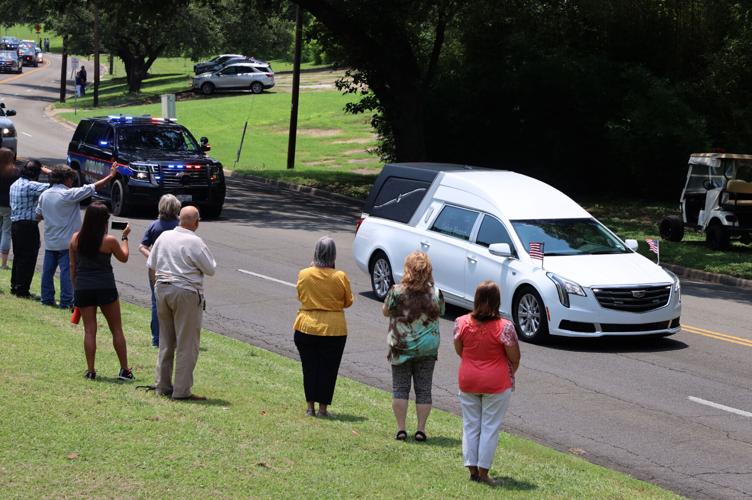 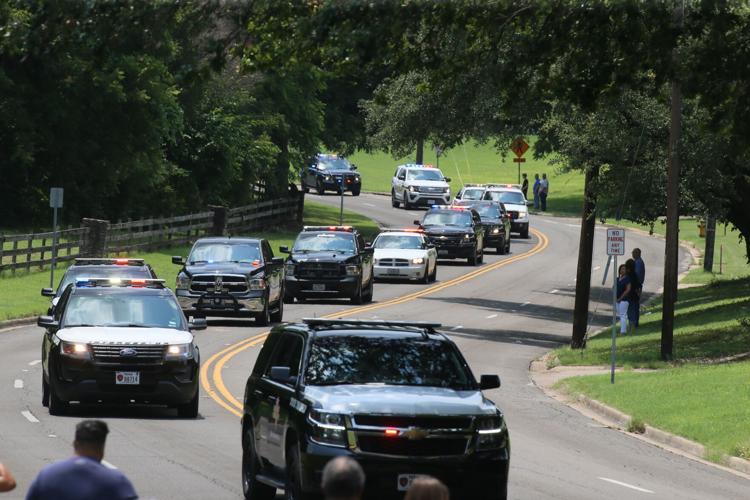 MCC notified employees Monday that Roberts had died of COVID-19. He had been ill for a week and had gone to the hospital, his wife, Amanda Watkins Roberts, said in a Facebook post.

“We had a wonderful life together as a family and I am thankful for the time we had. I see him reflected in our baby girl even today. … Ricky was an amazing man. He loved his family fiercely. He was the best of the best,” she said in the post.

She wrote that she and her daughter said goodbye to Roberts after watching his health continue to decline for a week until he “was called home to our Lord.”

Roberts had a long history of serving his community. He joined the MCC police force in August 2018 after working as an officer at Texas State Technical College in Waco for 15 years.

During his time at TSTC, Roberts met and befriended Roy Luna, a now-retired officer who joined a gathering along College Drive at MCC on Tuesday afternoon to watch as police officials from Waco, Hewitt, Lorena, Robinson, Woodway, the McLennan County Sheriff’s Office, Waco Independent School District and Baylor University escorted Roberts to the funeral home.

Luna, who worked 32 years as an officer, said he hung out with Roberts earlier this month for a ride-along as Roberts was trying to convince him to leave retirement and apply to be an officer at MCC.

“He seemed perfectly fine,” Luna said. “He didn’t appear to be ill or anything.”

He said while the two stopped working together, they did not go long without talking because Roberts constantly checked in with him to catch up.

“He was a real good guy and definitely will be missed by a lot of people,” Luna said. “I was shocked to hear that he had passed and I didn’t even know he was sick.”

The MCC Police Department and the rest of the college likewise were taken by surprise, MCC President Johnette McKown said in a statement.

“He will be greatly missed on the campus, not just by his colleagues at work, but also by the entire McLennan family including students, faculty, staff, and our Board of Trustees,” McKown said. “We extend our heartfelt thoughts and prayers to the Roberts’ family.”

Funeral service arrangements have not been announced.

Roberts’ death comes at a time of increasing rates of new cases both locally and nationally.

As of Friday, the latest local data available, McLennan County was seeing a little more than 21 new cases per day on a rolling seven-day average, up 25% from a week earlier.

As of Sunday, the latest national data available, the country had a seven-day average of 26,011 new cases per day, also up 25% from a week earlier.

Last week, the county saw an average of almost 19 people hospitalized with COVID-19, up more than 8% from the week before.

As of Friday, 40.6% of people 12 or older in the county were fully vaccinated, compared with 51.2% statewide and 56.5% nationwide, according to the health district.

The latest addition to the University High School staff cannot read, do math or carry on a conversation, yet he may help students in a way tha…

When River Valley Intermediate School was built in 2009, Angela Wilson was part of the first class of teachers to work in the building. After …

Some Waco Independent School District trustees voiced concern this week that the design of the new $64.5 million Tennyson Middle School would …

Gas prices fall below $4 per gallon

Gas prices fall below $4 per gallon