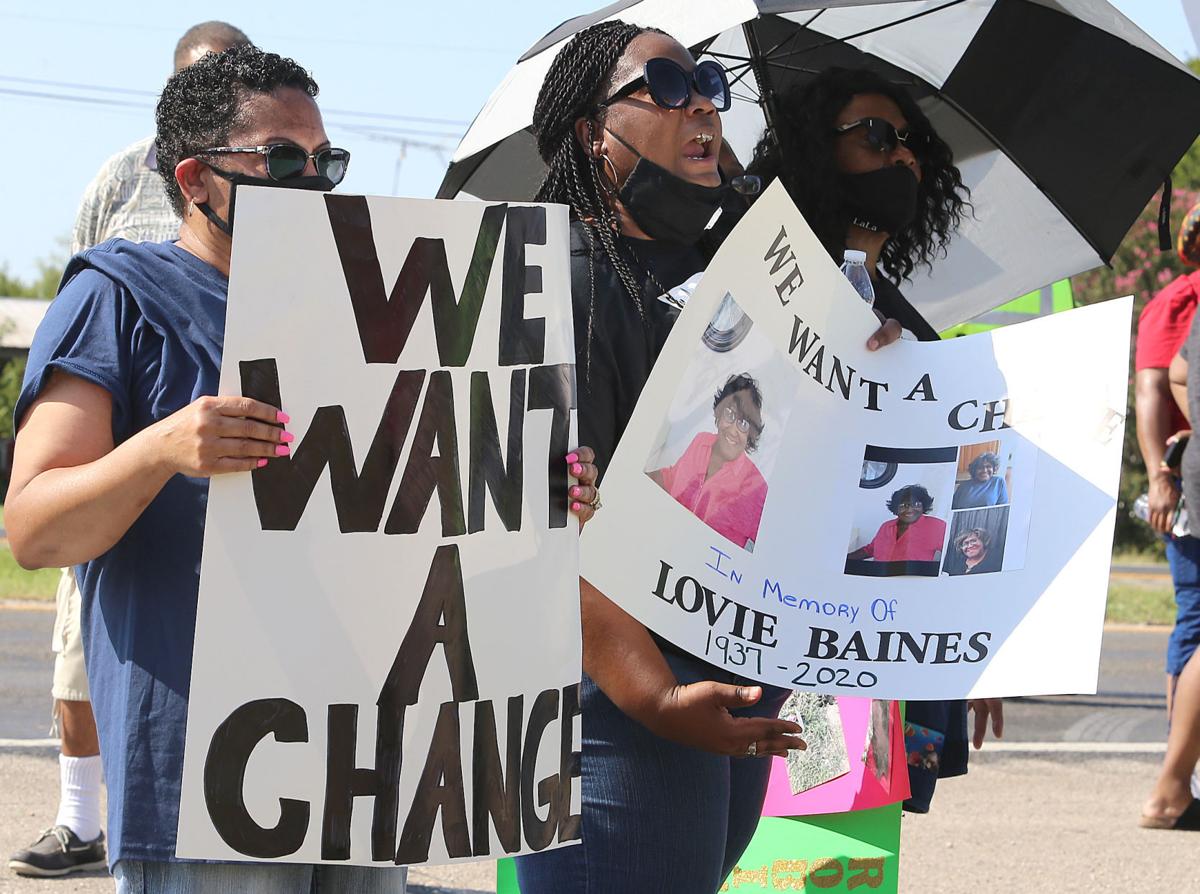 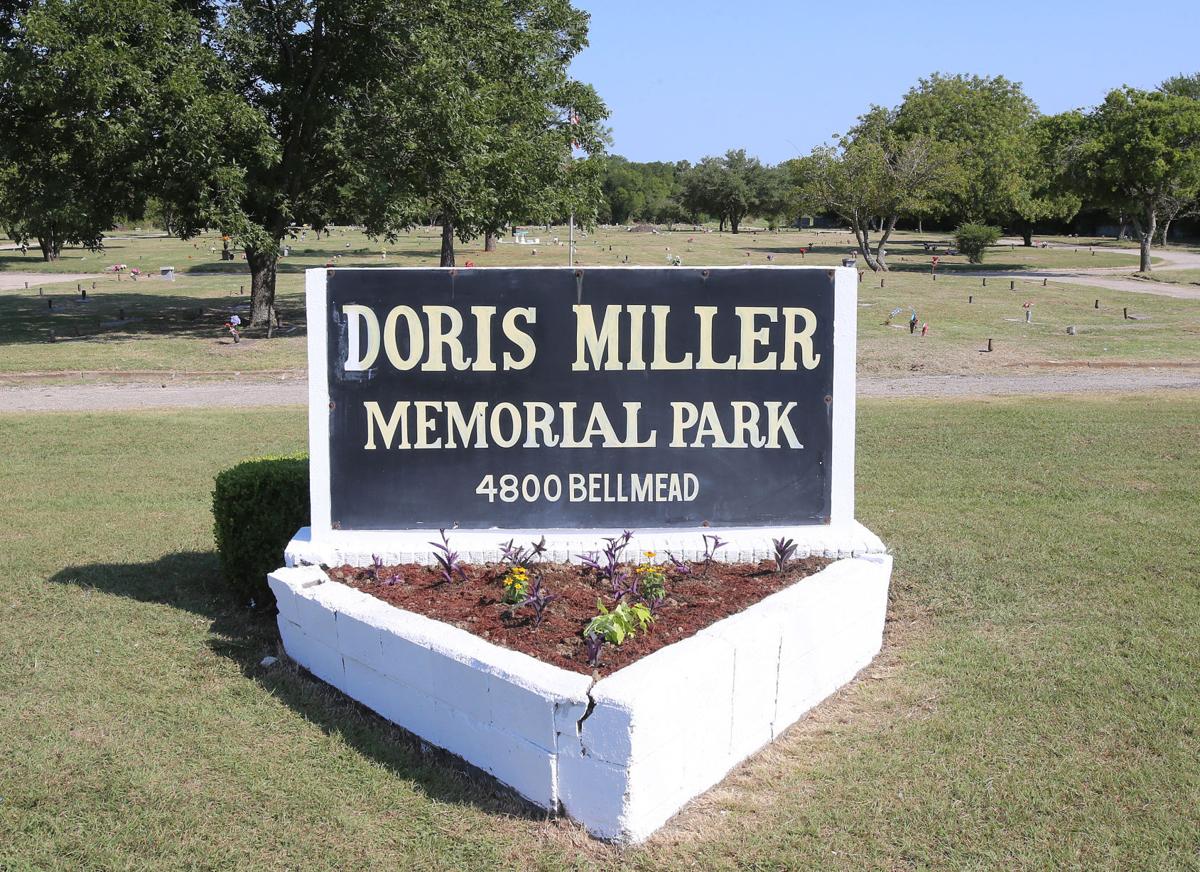 About 50 people with loved ones buried at Doris Miller Memorial Park gathered Thursday to protest the condition of the gravesites there. 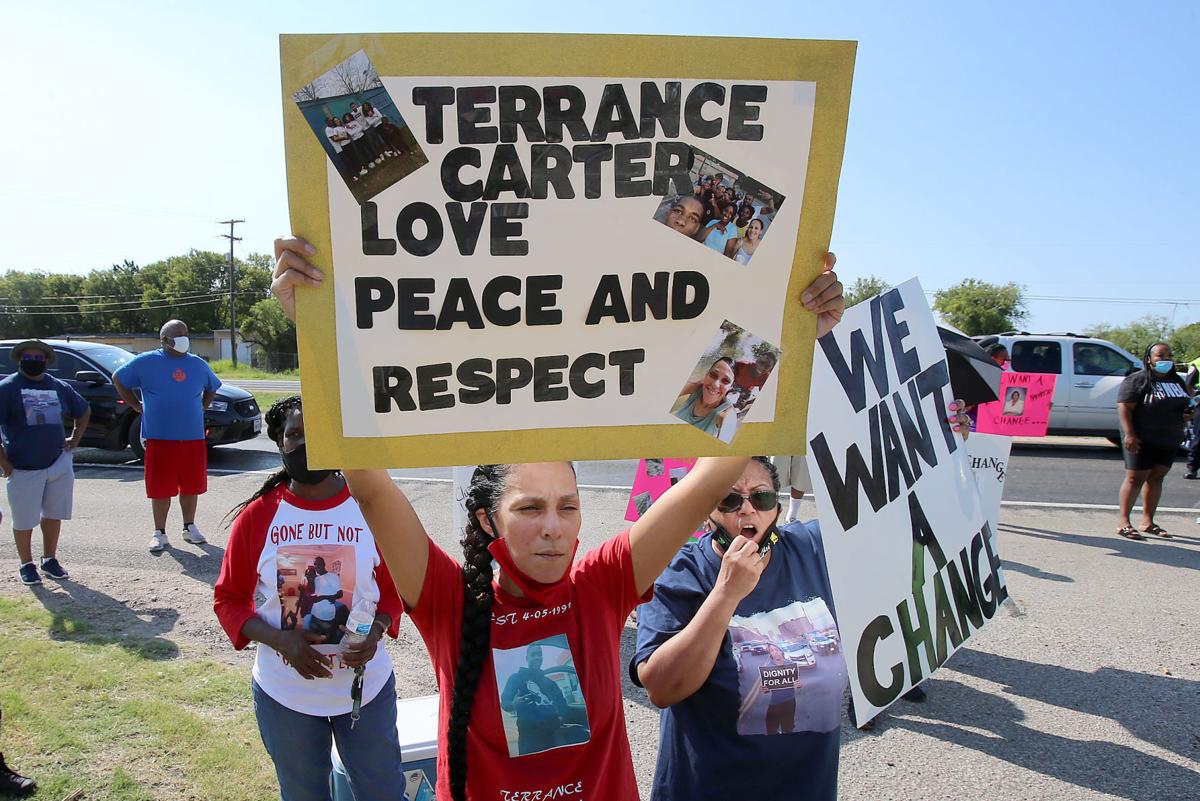 Sara Carter, of Fort Worth, joins others Thursday in protesting the condition of gravesites at Doris Miller Memorial Park on Bellmead Drive.

Complaints about the cemetery on Bellmead Drive have been percolating for several years. Teresa Mays, who organized the protest, said she has dealt with broken headstones and vases, and constant weeds and tall grass at the gravesites of her family members. As a perpetual care cemetery, a one-time $56 perpetual care fee is part of the burial packages, Mays said.

Janice Matthews, who has owned the cemetery for 20 years, said she did not want to comment. The cemetery covers 16.9 acres and has about 8,000 gravesites.

Mays said the conditions make it difficult for visiting relatives to find their loved ones. She said after her mother, LaVerne “LV” Jones, died in 2014 she spent six years contacting state and local officials and pushing the cemetery owner for better care of the gravesites. Meanwhile, news reports and anecdotes about the cemetery made it obvious she was not the only one fighting with the cemetery, Mays said.

Her two sisters, her aunt, uncle and grandmother remain in Doris Miller, but she resorted to reburying her mother in Oakwood Cemetery in Waco.

“I’ve been fighting with the owner for six years and there was no resolution, no improvement, so I just decided to remove my family,” Mays said.

Mays started the “Waco Cemetery” Facebook page, which has more than 550 members, as a hub for families going through the same thing and a place to plan protests and further action.

Mays said legally, there is nothing the state can do if the perpetual care funds have all been used. She said the cemetery should either improve its upkeep or stop charging the fees and formally make families responsible for the maintenance.

Patricia Brooks, who came to Thursday’s protest from Dallas, said her grandmother, mother, father, daughter, nephew, and her sister who died in June are all buried in the cemetery. Brooks, along with other protesters, said the owner has not kept in contact and has been slow to respond.

“We do come out here on holidays to check the gravesites, for sure,” Brooks said. “But the things have been exposed on Facebook have been just disrespectful.”

Brooks said the front of the cemetery is more regularly maintained, but conditions farther from the front gate are usually worse. She also said the cemetery had been cleaned up in preparation for the protest.

“We have a niece that’s supposed to be in the mausoleum, but it’s not where they said they put the casket,” Brooks said.

Over the years, the owner has cited money and staffing issues as explanations for the state of the cemetery, she said.

Pamela DeGrate, Brooks’ niece, said her family has been going back and forth with the cemetery for years now. In one case, her deceased nephew’s headstone went missing for three years before being properly placed.

“To me that’s disrespectful, and that shouldn’t happen” DeGrate said. “The fire has gotten under (Matthews) now, and she’s taking care of a lot of stuff, but we’re not going to stop. They should be shown more dignity. It’s really sad.”

A former Waco police officer, who claims he was driven out of the profession he loves after he became an outcast within the department for his…

A man accused of running with an assault rifle away from a large gathering Monday in East Waco was detained by police after a brief manhunt, a…

Midway Independent School District plans to build its largest elementary school yet in Hewitt off Ritchie Road, along a growing corridor where…

Former Crawford Police Chief Clay Bruton is accused of forcing himself on a woman, choking her into unconsciousness and sexually abusing her, …

A 17-year-old was found shot several times outside an apartment early Sunday morning as police continue to search for more information, Waco p…

About 50 people with loved ones buried at Doris Miller Memorial Park gathered Thursday to protest the condition of the gravesites there.

Sara Carter, of Fort Worth, joins others Thursday in protesting the condition of gravesites at Doris Miller Memorial Park on Bellmead Drive.