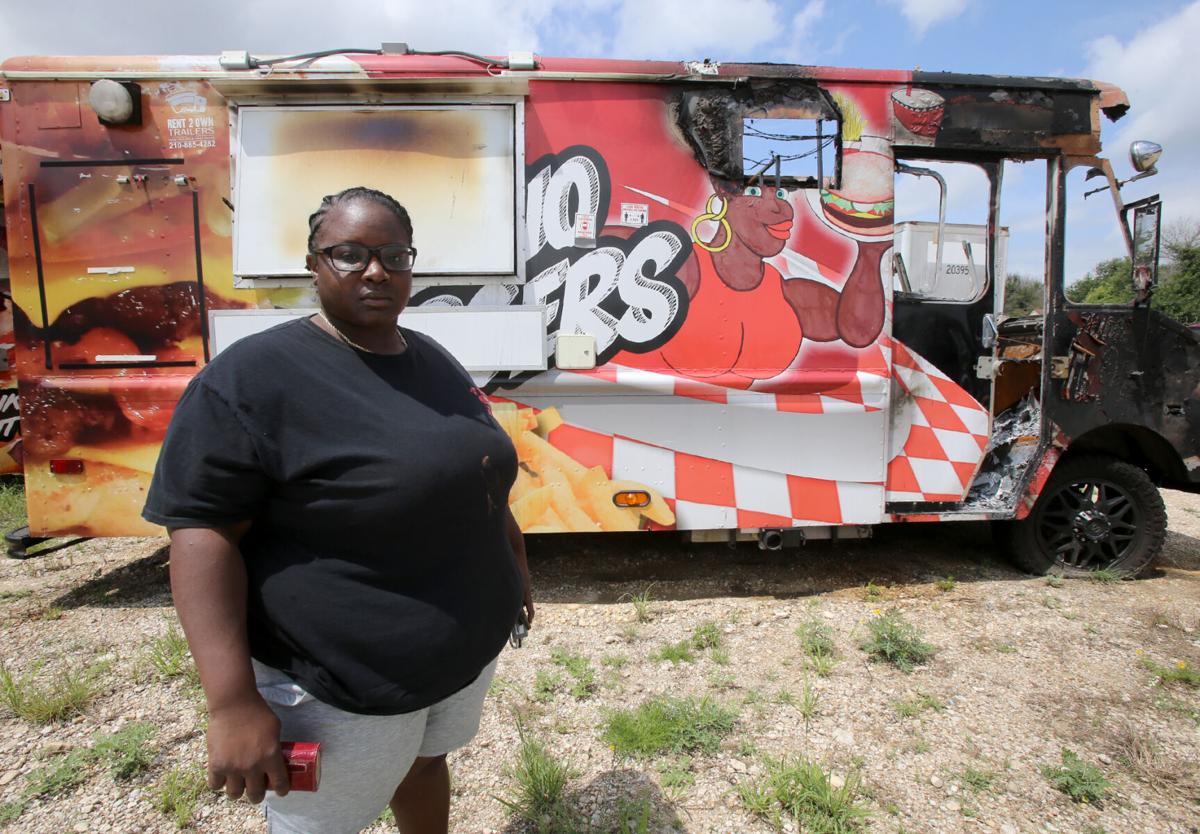 Fat Ho Burgers owner Lakita Evans said she hopes to get a new food truck and keep her business going after a fire last week put it out of commission. She first opened Fat Ho Burgers as a restaurant in 2011 and brought it back as a truck in December. 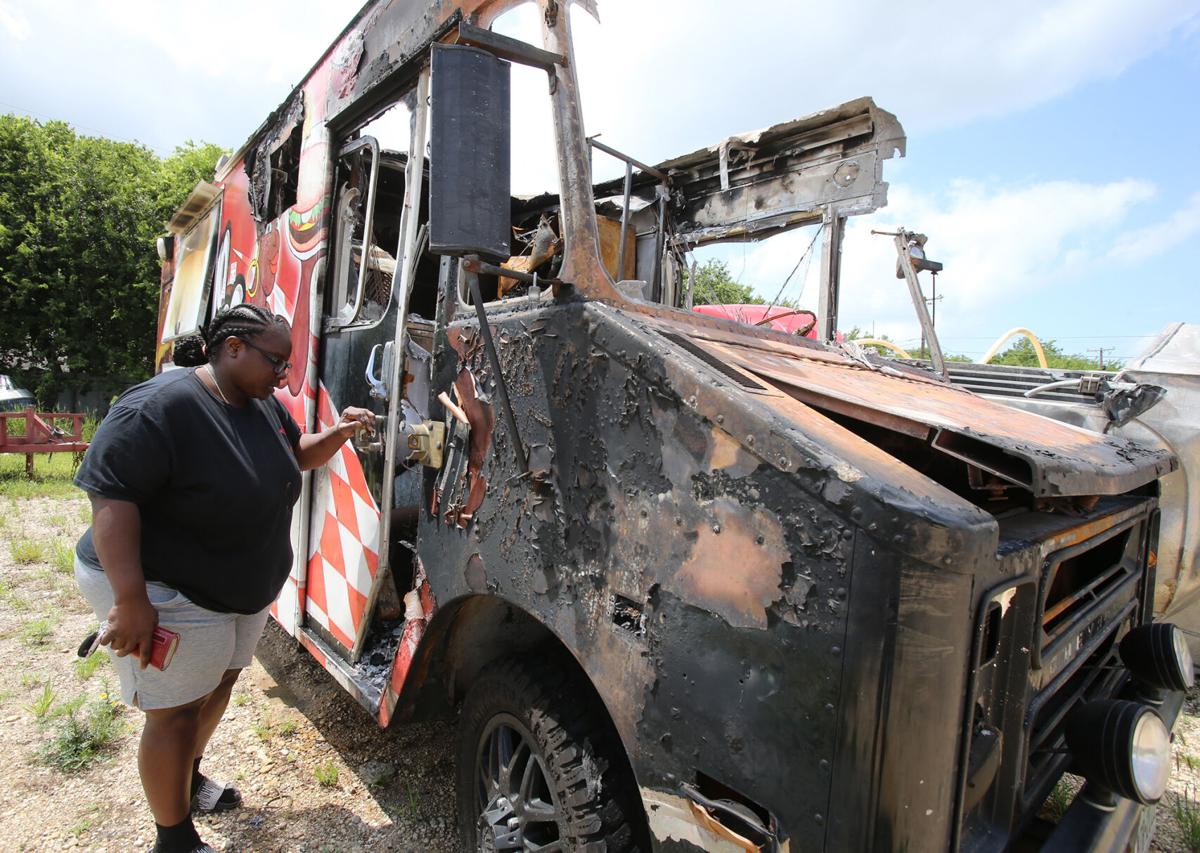 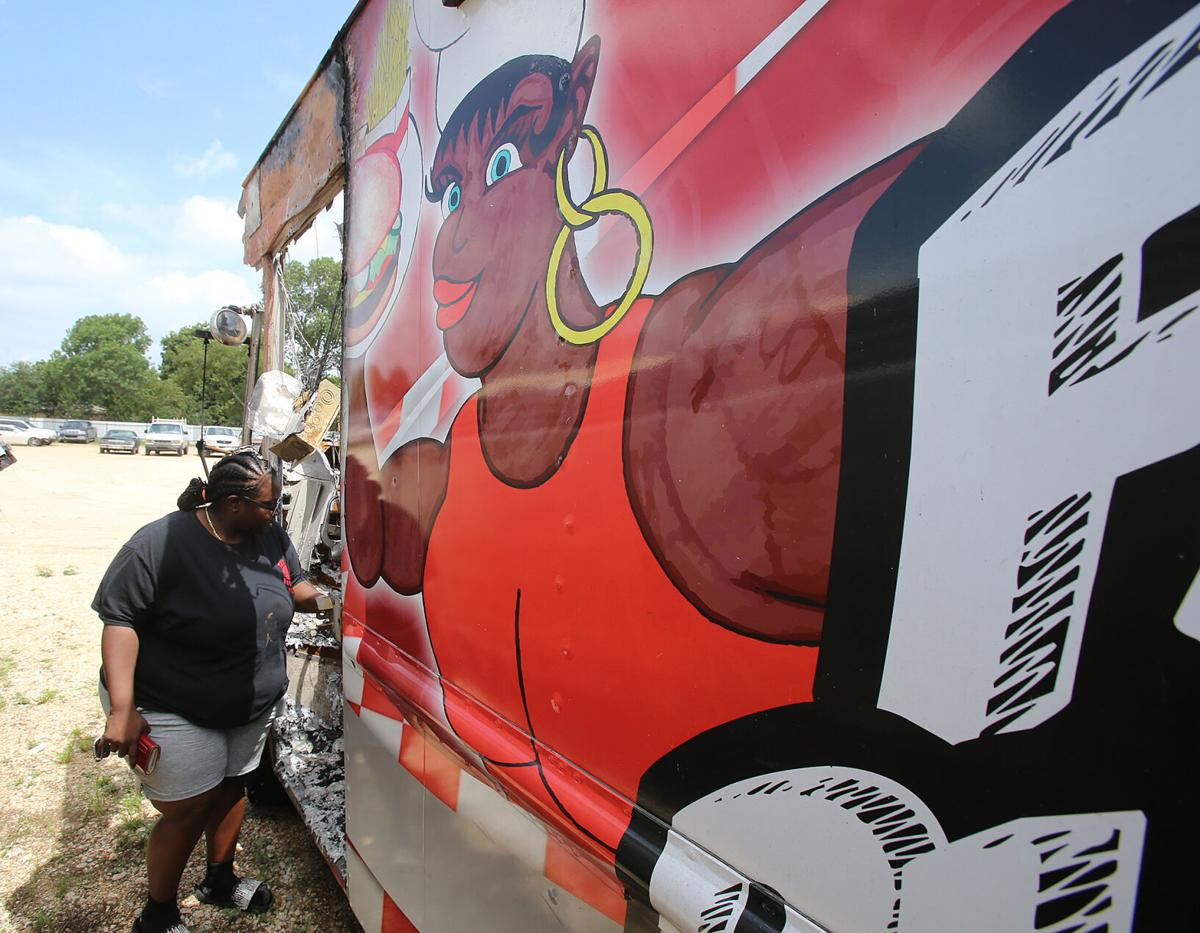 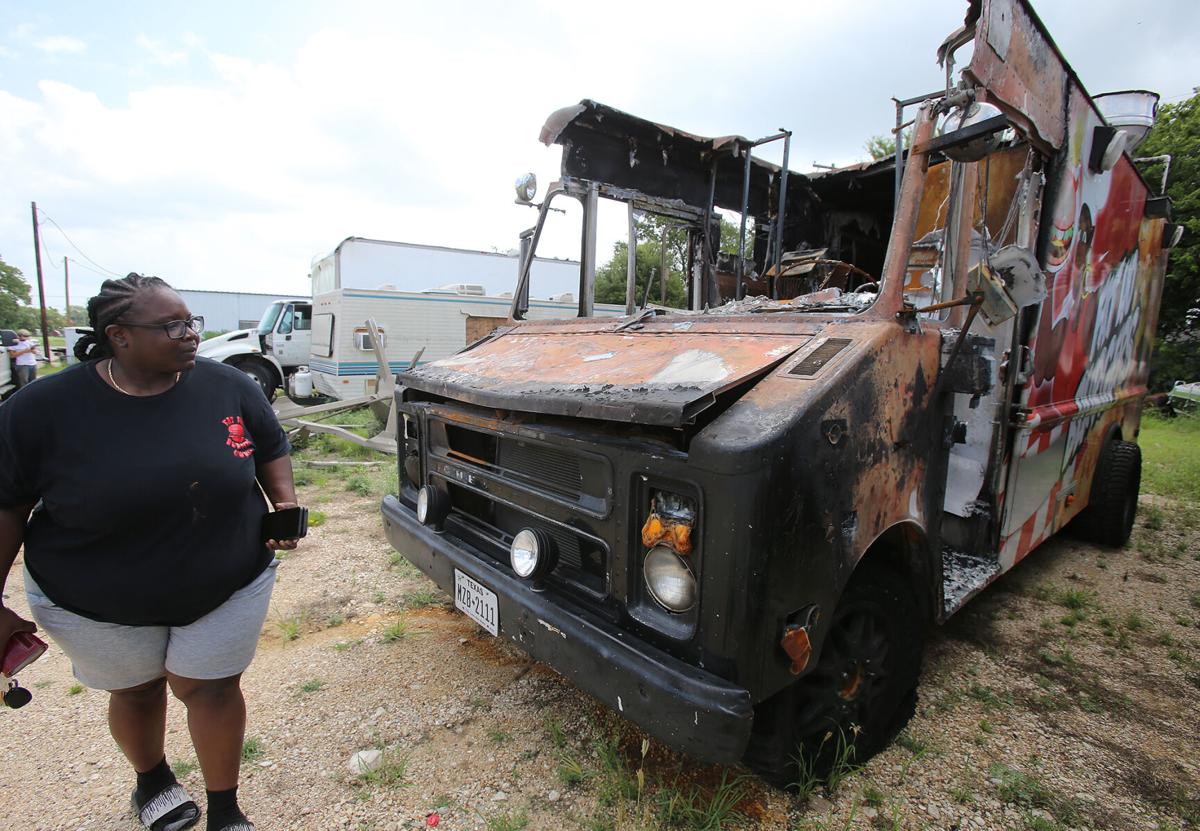 The Fat Ho Burgers food truck caught fire while on the road last week, destroying Lakita Evans’ burger-flipping operation and leaving her to start over.

The truck is a reprisal of the short-lived Fat Ho Burgers restaurant Evans first opened in 2011, drawing much attention for the name. Since she opened the truck in December, positive feedback had been rolling in and she felt she was on the right track, Evans said. But the fire took it away.

“At that moment, I couldn’t believe it,” Evans said. “Like my truck is really on fire, no joke, and it didn’t hit me until Saturday. I really don’t have a truck now.”

She said it happened in a blink of an eye, not long after a stop for fuel in Bellmead on July 9.

“We were driving. It was fine. Everything was fine and next thing you know, we heard a snap and a pop and then there was fire everywhere,” Evans said.

Her nephew, nieces and brother were with her in the truck when the fire broke out. Evans recalls grabbing everyone and getting out as fast as possible, not realizing she was leaving behind her earnings for the day.

“Everything is melted,” Evans said. “The rooftop is gone. The register melted to the floor. My $1,500 burned.”

She said she decided to bring back Fat Ho Burgers after experiencing verbal abuse at her previous job. Seeing what was left of her truck for the first time since the fire broke her heart all over again.

“All my hard work went down the drain,” Evans said. “Working two jobs for two whole years to fund that. The long hours, the mistreatments.”

However, Evans said she is not giving up and will reopen the food truck as soon as she can and is thankful for the love and support the community has already shown.

Evans launched a GoFundMe campaign to help purchase another food truck. The one that burned is not salvageable and will be crushed, Evans said.

“It means a lot because I didn’t think they were rocking with me like that. But after that GoFundMe, they started pouring blessings left and right,” she said.

Someone has also helped set her up with a job interview, so she hopes to have some income while she works on reopening her business.

The first iteration of Fat Ho Burgers opened on South 11th Street in 2011. According to previous reports, several Waco residents took offense to what they considered a provocative name. Some called the name “unacceptable.”

Evans said she should not have to defend the name, but it held a deeper meaning for her. Fat Ho Burgers officially stands for Fat Homemade Burgers and is also a way for Evans to reclaim a word that is often used in a negative way, she said.

Evans said she does not understand why members of the community find the name offensive.

“You want your hip-hop rappers to be saying that stuff and I’m using it to explain a burger and they have a problem with it,” Evans said.

Despite the controversy, Evans said the majority of the community was supportive.

She shut down the original location later in 2011, reopening in East Waco in 2012 for a time. Evans closed down the business again, but Fat Ho Burgers remained on her mind.

She bought the truck for $4,500 from a college kid in Austin in 2019 and had it converted to a food truck. Just a week after the fire, her attention is on getting the business back on the road.

“We are going to get it up and running as fast as we can,” Evans said.

Bellmead will feel brunt of I-35 detours starting this week

The fast-moving project to rebuild Interstate 35 through Greater Waco will put a pinch on Bellmead traffic starting this week.

Fat Ho Burgers owner Lakita Evans said she hopes to get a new food truck and keep her business going after a fire last week put it out of commission. She first opened Fat Ho Burgers as a restaurant in 2011 and brought it back as a truck in December.