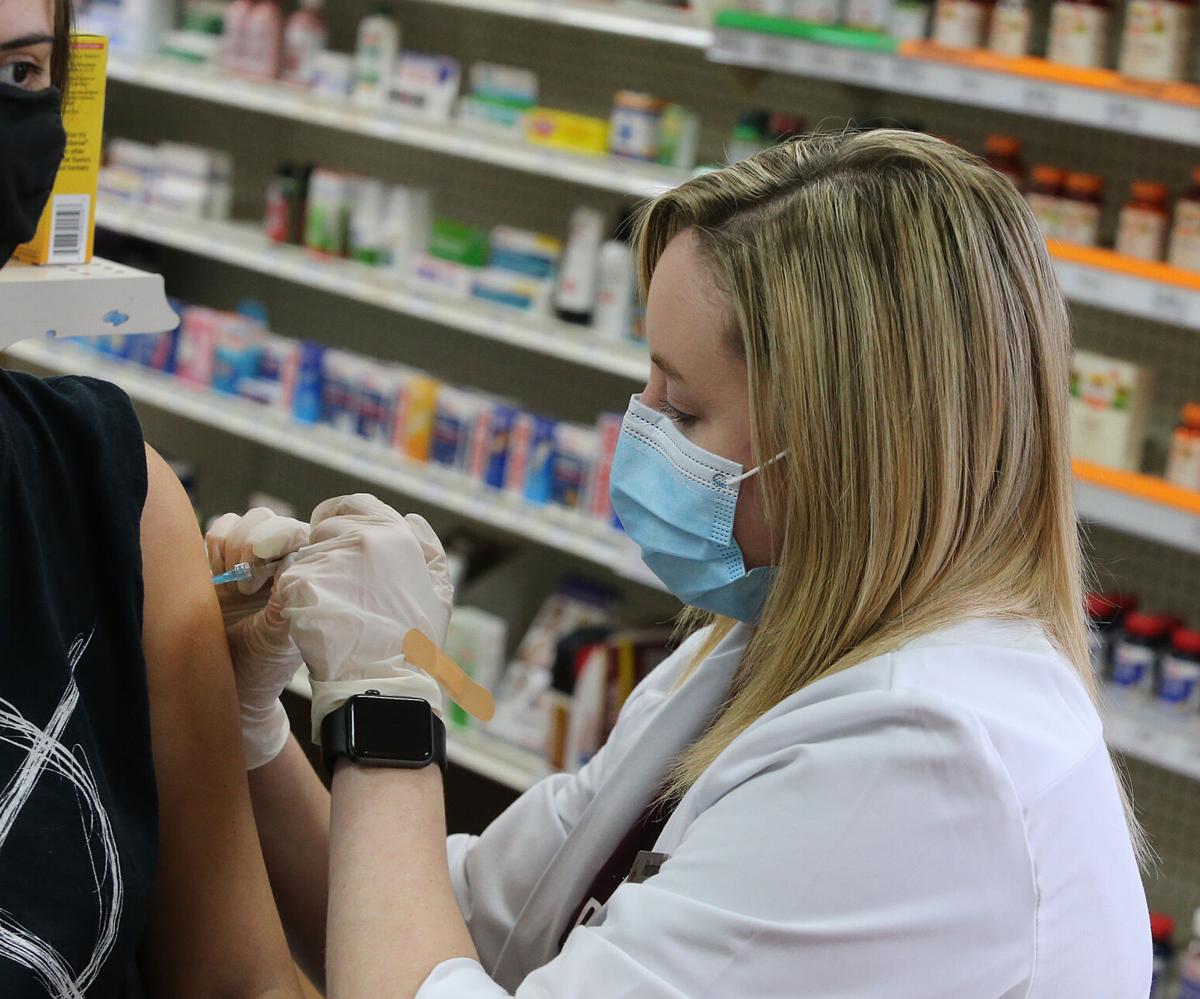 Lynn’s Pharmacy pharmacist Hannah Ramirez gives a flu shot to a client this past week. While images of COVID-19 shots being administered have proliferated recently, the flu vaccine has been playing a critical role in keeping the flu virus under better control so far this year than in recent years. 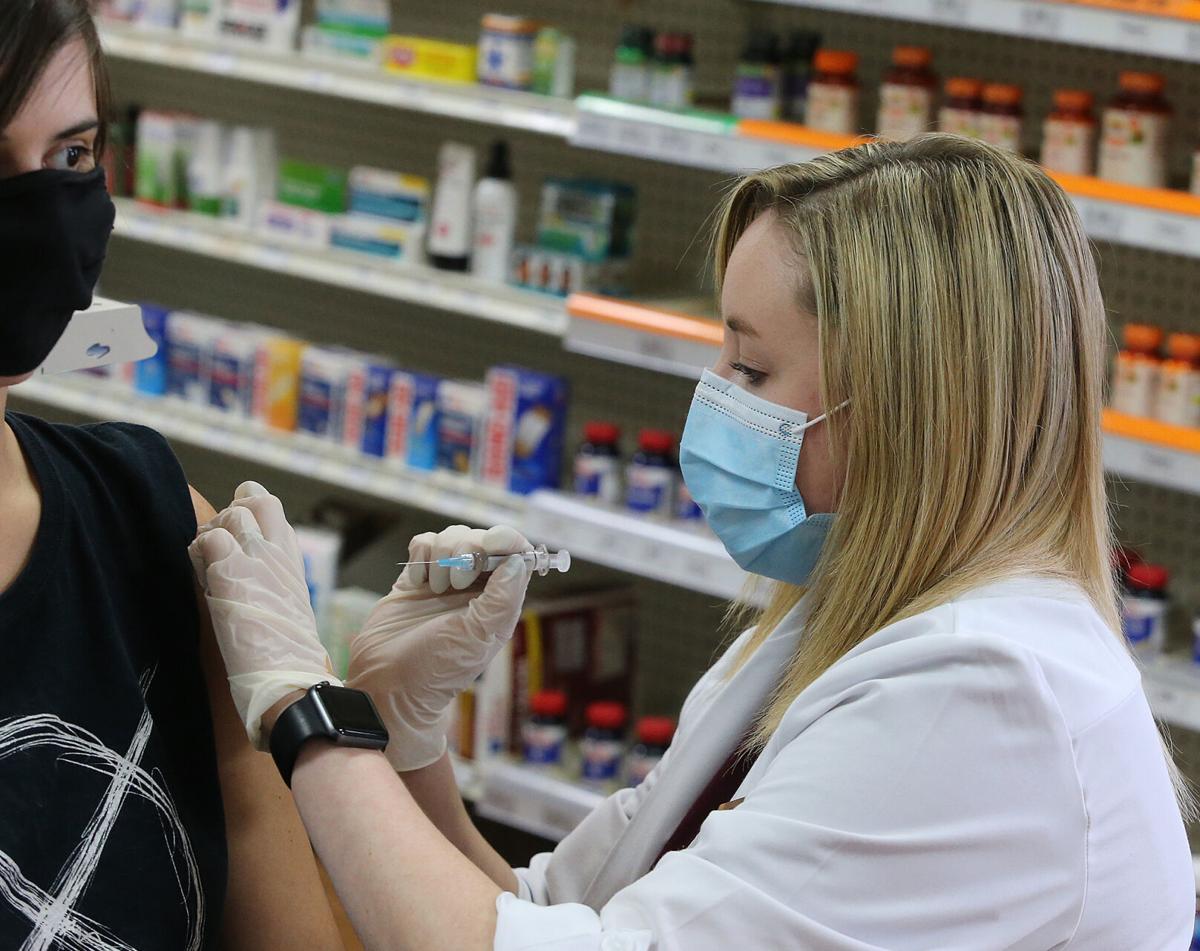 Lynn's Pharmacy pharmacist Hannah Ramirez gives a flu shot to a client this past week. Even this far into the flu season, experts recommend getting a flu shot. 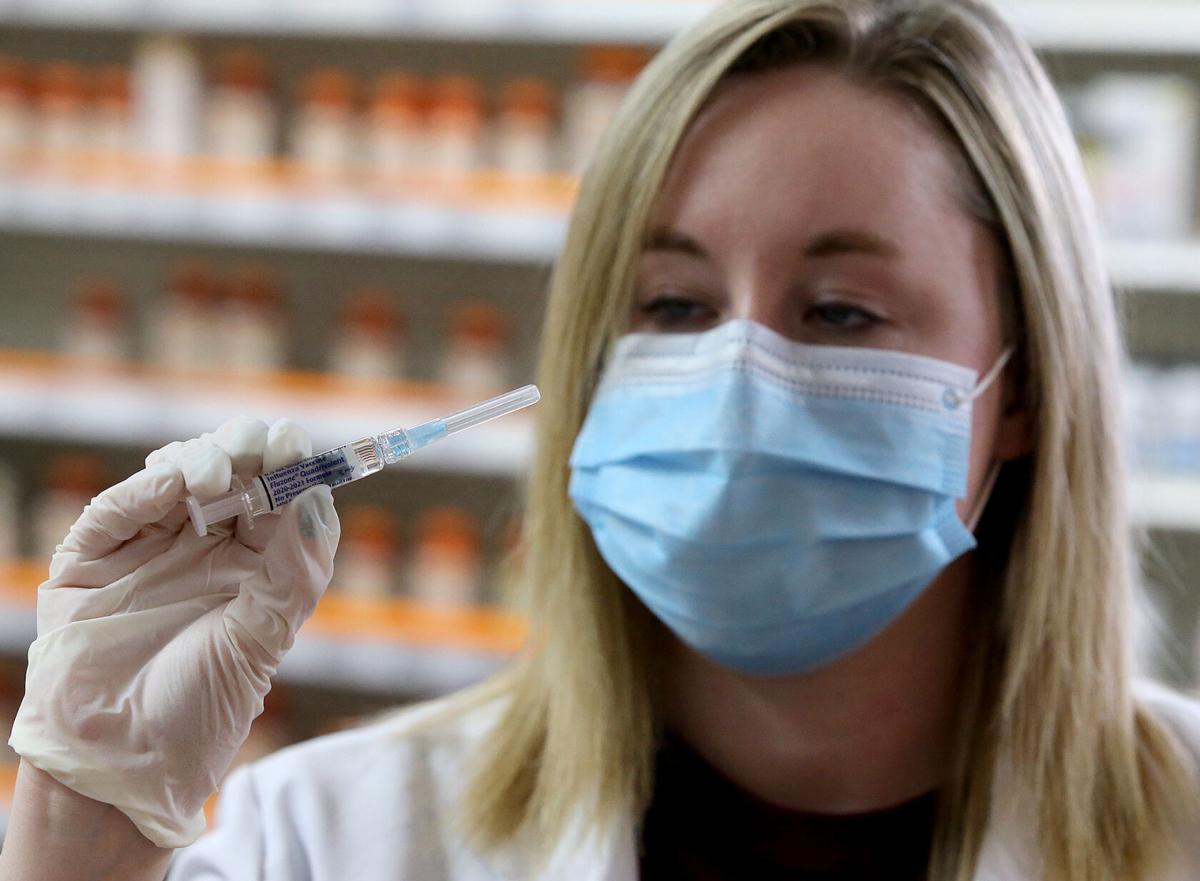 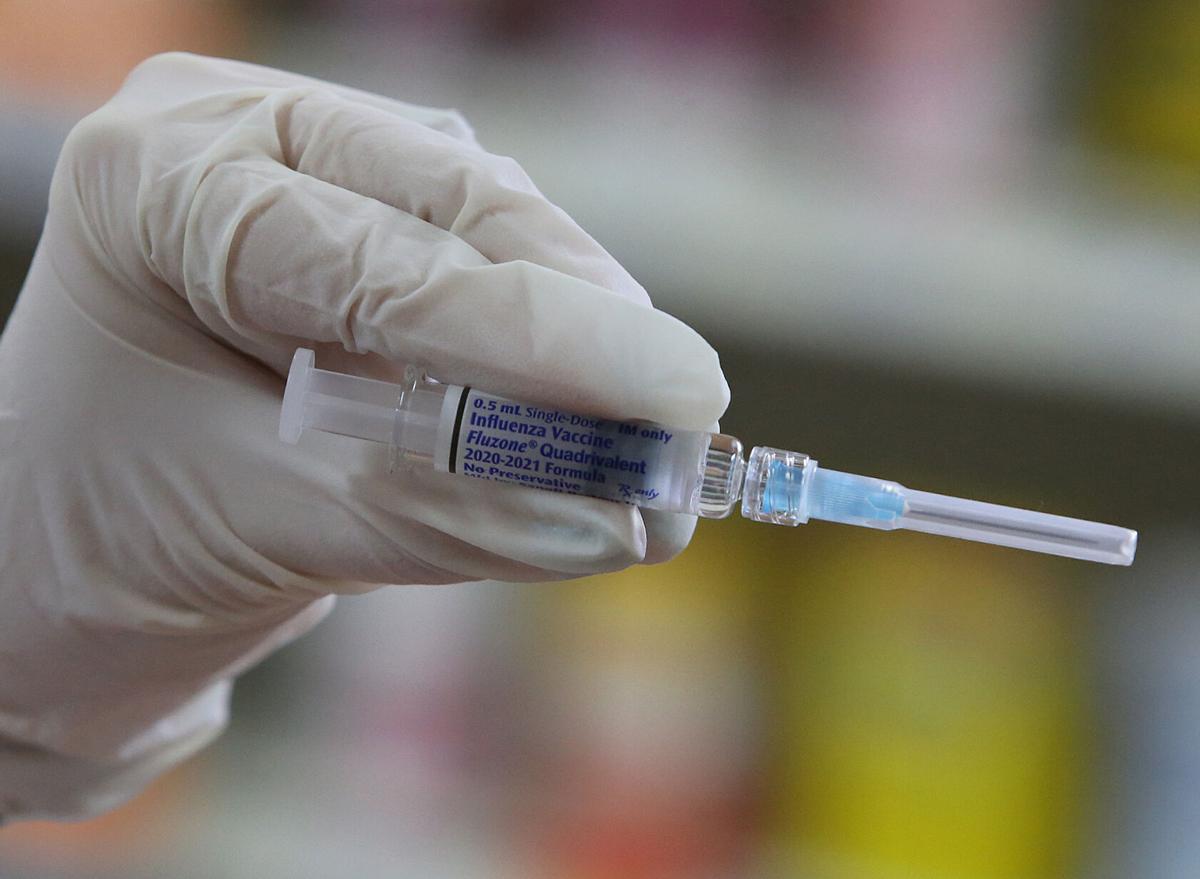 A combination of protective measures aimed at COVID-19 and ever-growing vaccination numbers has kept the flu beat for the time being, according to local health experts.

“Those are, relatively speaking, small numbers,” Verner said of the season’s flu totals. “At this point in previous years we were having between 100 and 700 cases per week reported.”

Verner said the low numbers are especially fortunate given the stress COVID-19 is placing on hospitals locally and nationwide.

Nationwide, there had been 490,000 flu tests between Sept. 29, the official start of flu season, and this point last year, and 64,000 tests had come back positive, a positivity rate of 13%, according to the U.S. Centers for Disease Control and Prevention. For the same period this season, there have been 397,000 flu tests and 525 positives, for a positivity rate of just 0.2%.

“There’s just not as much flu,” said Dr. Ben Wilson, a doctor at the Waco Family Health Center. “Yes, we’re testing less, but we’re not testing that much less.”

Wilson said he suspects the preventive measures taken against COVID-19 are part of the reason why. According to the CDC, the flu spreads mostly through droplets that would be blocked by masks and are less likely to transmit the virus if people remain apart.

However, if that were the only factor, it likely would mean enough people are following COVID-19 guidelines to also bring down the number of COVID-19 cases reported daily, Verner said. But with 146 COVID-19 patients hospitalized in Waco, 1,346 active cases among McLennan County residents and 308 dead from COVID-19 as of Saturday in McLennan County, that does not seem to be the case.

According to the CDC, 170 people received a flu vaccine last season, about a million more than the season before and continuing a steady increase since 2016.

“It’s just working,” said Emily Smith, a global health epidemiologist and assistant professor of epidemiology at Baylor University. “It’s what public health people have been saying for years during flu season, and we’re seeing it work this year.”

Smith said Australia’s flu season, which stretches from April to October, can often predict what will happen in the United States.

Smith’s blog and Facebook page Friendly Neighbor Epidemiologist started as a platform for Smith to break down the science behind COVID-19 for friends and neighbors who began coming to her for guidance when the pandemic began. Since she launched the page, she has seen her fair share of misinformation implying the “missing” flu season is a result of people misdiagnosed with COVID-19 instead, either by mistake of for some conspiratorial purpose.

“That’s a misconception, because it’s two different tests and most doctors I know are testing both,” Smith said. “It’s like apples and oranges. They’re just two different viruses.”

Verner said flu spreads rapidly in school-age children, and it is common for the number of flu cases to spike after kids return to school from winter break.

“Is flu season late this year because schools are requiring those things that prevent the spread of respiratory and viral infection?” Verner said. “You have fewer students taking flu home to the family, which is just the opposite of what happens with COVID. Children are less susceptible, less likely to get severe illness, and the spread is largely from adults to adults and sometimes to children.”

Wilson said there is also a chance patients who have just taken a COVID-19 test for their unexplained symptoms might opt out of the flu test. For doctors, it is more important to catch COVID-19 cases for contact tracing purposes.

“A lot of patients don’t really want to be swabbed twice,” Wilson said.

Wilson said it is still worth getting a flu shot this late in the year for anyone who has not already, but the CDC recommends not getting the COVID-19 vaccine within two weeks of any other vaccine so any side effects from the new vaccine can be documented.

“If there’s a decent chance they’ll get the vaccine in the next two weeks, I’d actually hold off on the flu vaccine,” Wilson said. “I would say if you’re not in 1A or 1B, this is just my personal thought … I think I would go ahead and get a flu shot.”

The state has defined the first two priority groups for vaccination against COVID-19, groups 1A and 1B, as frontline health care workers and long-term care facility residents, followed by people 65 and older and people with health conditions that make them more susceptible to COIVD-19.

Angela Radde said she feels blessed she and her family got to say goodbye to her 27-year-old daughter at her hospital bedside, and tries to re…

A 35-year-old Waco woman was killed in a one-car accident early Saturday morning in the 300 block of Herring Avenue.

Lynn’s Pharmacy pharmacist Hannah Ramirez gives a flu shot to a client this past week. While images of COVID-19 shots being administered have proliferated recently, the flu vaccine has been playing a critical role in keeping the flu virus under better control so far this year than in recent years.

Lynn's Pharmacy pharmacist Hannah Ramirez gives a flu shot to a client this past week. Even this far into the flu season, experts recommend getting a flu shot.