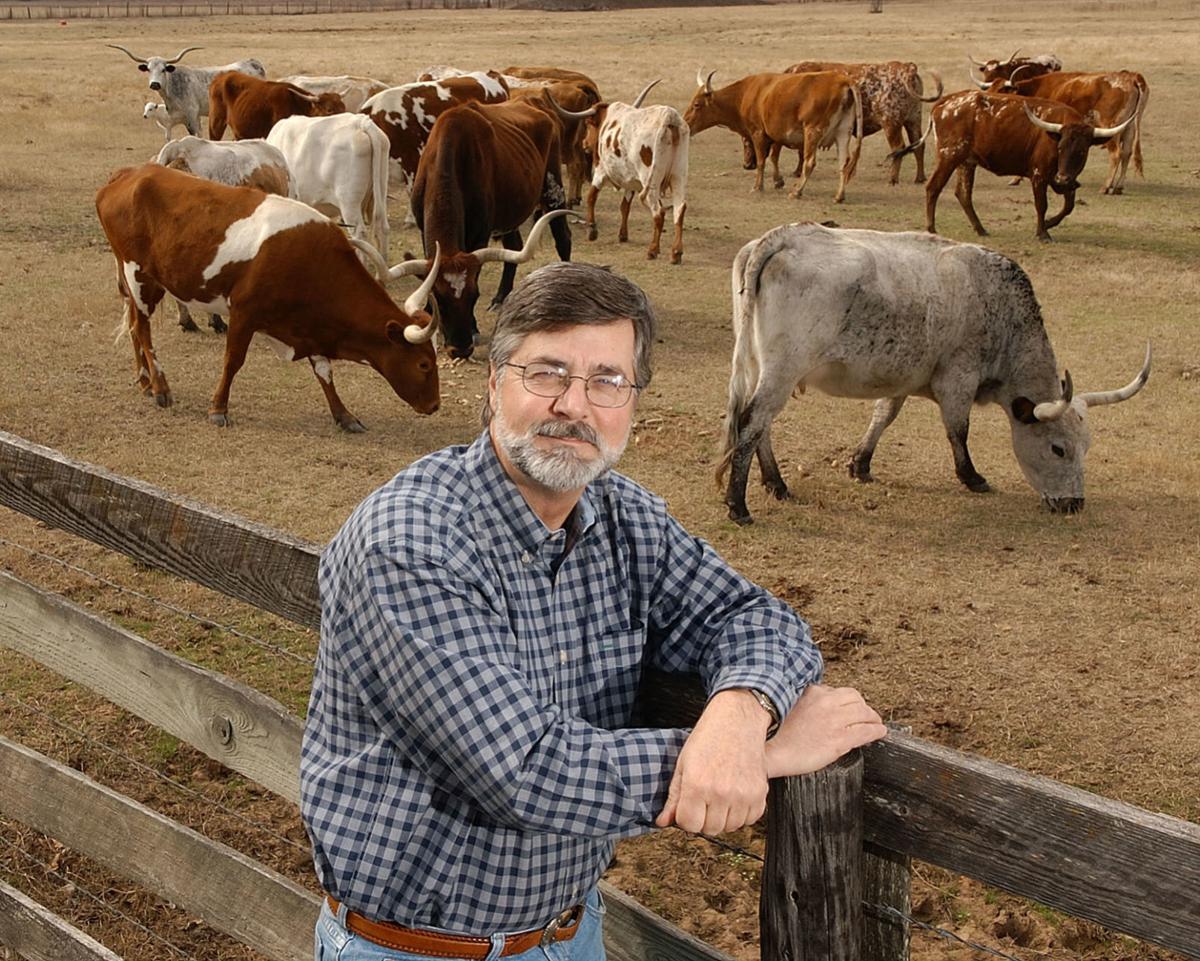 Tribune-Herald Publisher Dan Savage had varied interests, including raising longhorn cattle. He died early Wednesday at his home in Bosqueville at age 71. 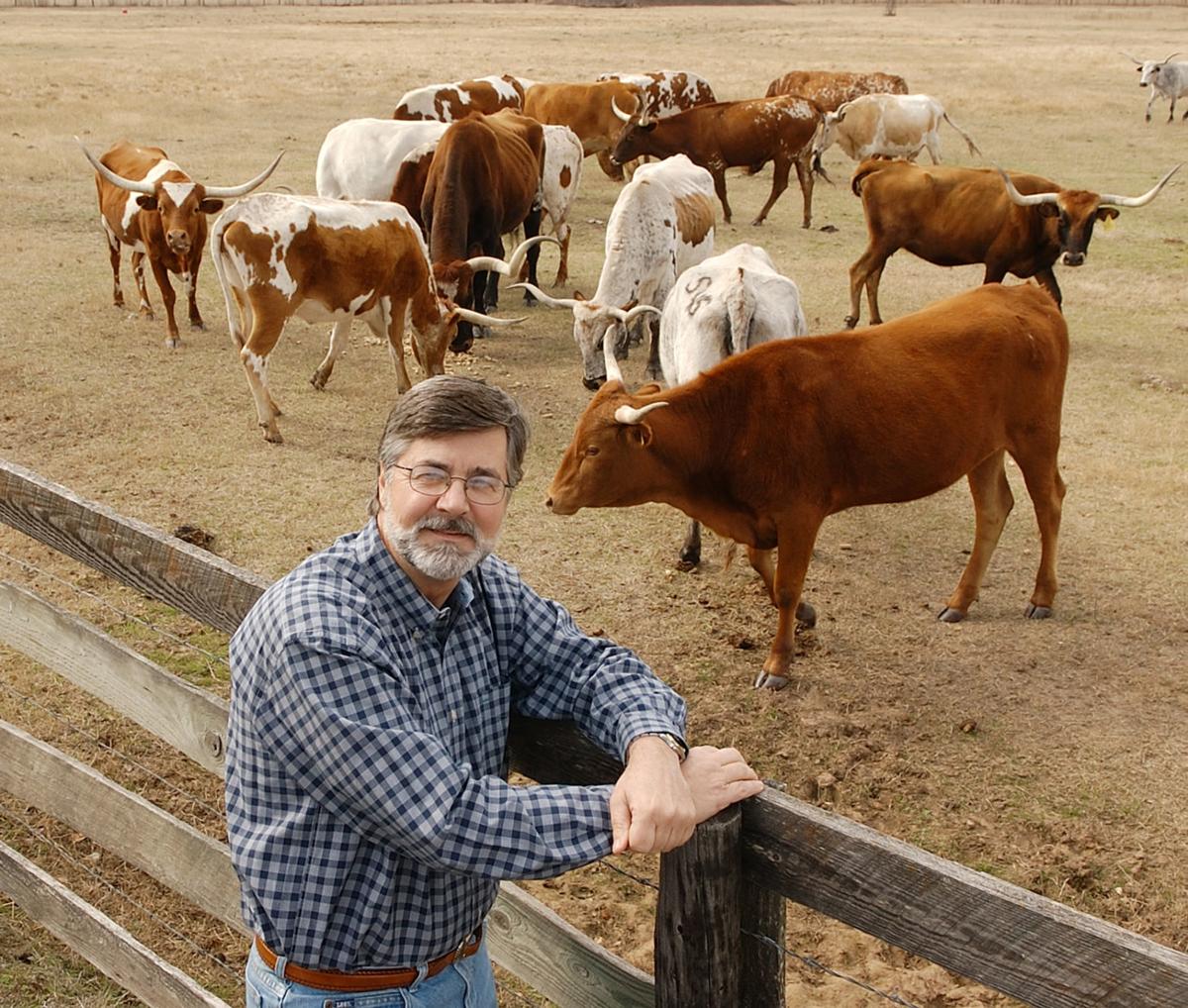 Former Tribune-Herald Publisher Dan Savage had varied interests, including raising longhorn cattle. He died early Wednesday at his home in Bosqueville at age 71. 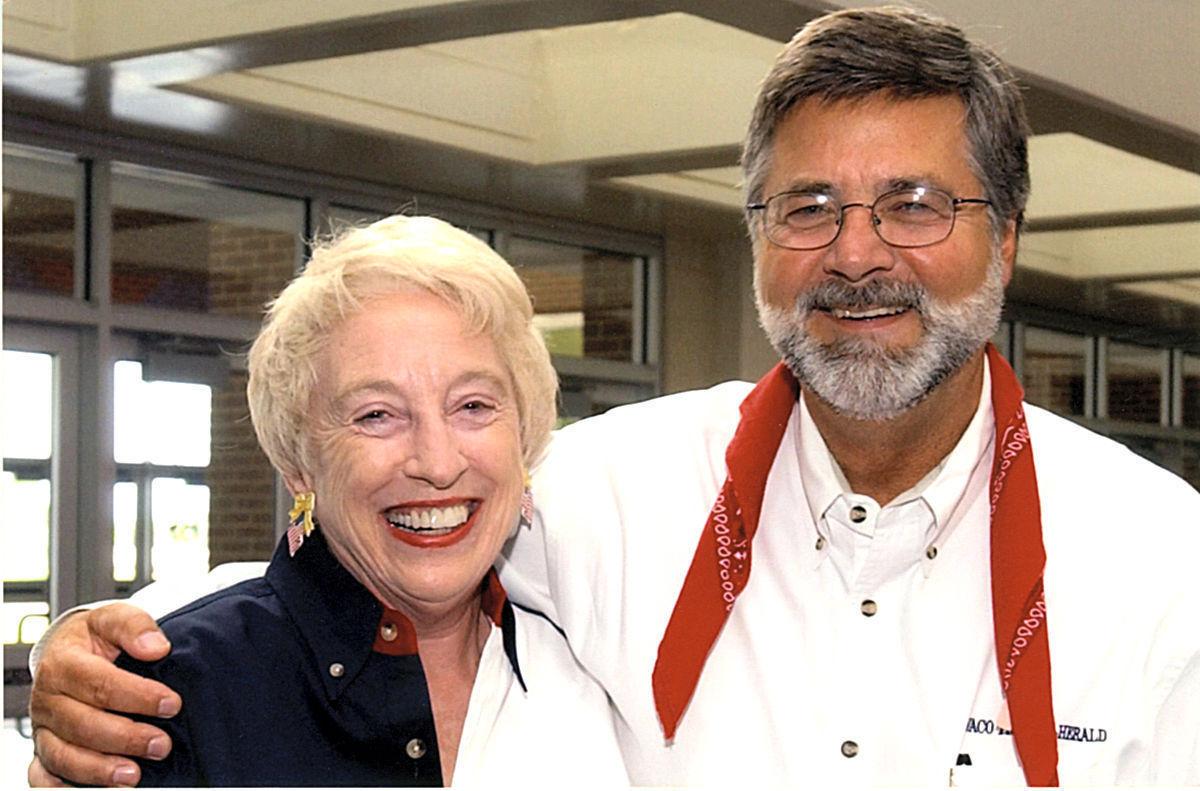 Dan Savage, two-time publisher of the Waco Tribune-Herald and fan of the Oklahoma Sooners, Indian Motorcycles, the newspaper business and community building, died early Wednesday at his home in Bosqueville. He was 71.

Savage, an Oklahoma native, originally retired from the Tribune-Herald in 2005 after a decade at the helm and nearly 30 years in the business. Local businessman Clifton Robinson talked him into rejoining the paper four years later, with Robinson telling Savage at a social event he would buy the daily from Atlanta-based Cox Enterprises if Savage would run it.

Savage agreed, even as he found himself in the midst of what would become a 15-year bout with cancer. He left as interim publisher eight months after taking the reins that second time, saying in a Tribune-Herald guest column that his redux had been a blast, got his juices flowing. He departed once again pledging that his only contact with a newspaper would be reading it.

Friends and family Wednesday remembered Savage as an old-school journalist who treasured loyalty, loved good conversation and kicked up his cowboy-booted heels whenever the occasion called for it. He could be gruff when standing on principle, as the newspaper industry demands, but was a pushover for many facing tough times, coming to the rescue behind the scenes in gestures “no one ever knew anything about,” said Donnis Baggett, himself a former Tribune-Herald publisher and now executive vice president of the Texas Press Association, an industry advocate and watchdog.

“He was a really good newspaperman, knew the business inside and out, understood what the foundation of the business was, strong journalism,” Baggett said. “He made sure money was there for a good news department. He brought that philosophy to the Trib when he came there, and I think the paper did some of its finest work when he was there. But he also was very active in the community, big on the Heart O’ Texas Fair board. He was one of those people who could keep a lot of balls in the air at the same time. He loved the community building part of the job. He also loved ranching, raising longhorn cattle. He had many interests, was a renaissance man.”

Longtime KWTX-TV anchorman Gordon Collier took to Facebook on Wednesday to report that his best friend, Dan Savage, had passed.

“Dan and I had known each other about 25 years,” Collier said by phone. “We had mutual friends in Oklahoma, and when I would visit their ranch, they would say I had to look up this Dan Savage. I promised to do so, showed up at his house, and it was like we were instant friends. I would not even try to ride motorcycles, with him. That’s beyond my skill set. But we’d work his cows, do a little pig hunting, have lunch together pretty often. He was such a fun person to be around. We tried to avoid shop talk for the most part, but I knew where he stood philosophically: Truth is paramount to anything, and we had a mission to tell people what we know.”

Collier said he spoke to Savage last week, even made arrangements to drop by and pick up his annual contribution to the station’s Toys for Tots campaign. Calls on Sunday and Monday went unanswered, and a relative relayed a message to Collier that Savage’s health had taken a bad turn.

“He talked about the finish line being in sight, circling the drain, as he would say,” Collier said. “He was very concerned about not leaving anything undone. He had been in remarkably good spirits, even after his decision not to pursue more treatments. Dan did things on his own terms, and left on those terms.”

His wife of 39 years, Susan Savage, said her husband watched the University of Oklahoma Sooners edge the Baylor University Bears in overtime of Saturday’s Big 12 championship football game, eating heartily throughout, and seemed to be feeling pretty well at bedtime. On Sunday, his condition rapidly declined.

“It was as if he said, ‘I’ve had enough of this. I’m finished,’” Susan Savage said by phone.

She said her husband never complained, rarely, if ever, missed work during his ordeal, even formed a club for those undergoing chemotherapy at MD Anderson Cancer Center. Susan and Dan created a scholarship at MD Anderson to assist those in training.

Clifton Robinson, who in 2012 sold the Tribune-Herald to its current owner, Berkshire Hathaway, which is operated by billionaire Warren Buffett, said he saw Savage about a month ago when both visited the newspaper’s on-site museum, Through Our Pages. He said Savage looked well.

“He looked quite healthy, as a matter of fact, but he told me his days were numbered,” Robinson said. “It’s very sad to lose Dan, but he lived close to 15 years with that illness. I would never have bought the paper had it not been for Dan. We were visiting one night at a party, talking about the newspaper being for sale, and he said, ‘If you’ll buy it, I’ll run it.’ That’s how we got together. He was a man of great integrity, with a high IQ and a very, very good sense of humor. I remember our time on a big ranch I owned in Mexico, in the state of Coahuila. We spent a week or so riding four-wheelers into the mountains and reminiscing on the front porch at nightfall. I learned a lot from Dan, what to do and what not to do in the newspaper business.”

McLennan County Judge Scott Felton said he got to know Savage when both served on the Heart O’ Texas Fair board. He said Savage had a fun-loving spirit and a knack for reaching out to longtime friends when they least expected it.

“About six months ago, he called me just to congratulate me and the commissioners court on getting a budget passed,” Felton said. “He remained interested in what was going on. Of course, he was a big Sooners fan. Being around a lot of Baylor Bears and Texas Aggies, he got a lot of opportunities to defend his school. On a personal note, he called me ‘Scoop.’ We heard about a local industry scheduling an announcement, and everyone was wondering if it would be bad news or good news. I found out they were building a big stage outside, and I told Dan they wouldn’t do that to announce bad news. I’ll be damned if they didn’t announced they were laying off a hundred or so people. From then on, I was ‘Scoop’ Felton to Dan Savage.”

“I consider Dan a mentor who took a huge risk in hiring an Hispanic editor in a conservative town like Waco,” Sanchez said in an email. “I will always be grateful for the opportunity that he gave me. And that was probably the biggest lesson Dan taught me: Show courage and do what you think best.”

“He bought, sold and traded so many vehicles in his life that Texas may have to raise sales taxes to make up the loss,” Nethaway said in an email. “Dan was a good man to have as a friend. A man of action. Never dull, that’s for sure. Whatever is over there on the other side, watch out.

“Dan is coming and he will want to make changes.”

A University of Oklahoma graduate, Savage served stints in advertising and management at the Dayton Daily News and Austin American-Statesman before being transferred to Waco in 1995 to succeed publisher Randy Preddy. Then-Editor Bob Lott told Savage Waco was “a lively news town,” which Savage learned to be the case, Lott said in an interview.

The Savages have two grown daughters, Katie and Jo.

No one will ever brand two-time Waco Tribune-Herald publisher Dan Savage an easygoing presence in newspaper settings or the community. He will…

Tribune-Herald Publisher Dan Savage had varied interests, including raising longhorn cattle. He died early Wednesday at his home in Bosqueville at age 71.

Former Tribune-Herald Publisher Dan Savage had varied interests, including raising longhorn cattle. He died early Wednesday at his home in Bosqueville at age 71. 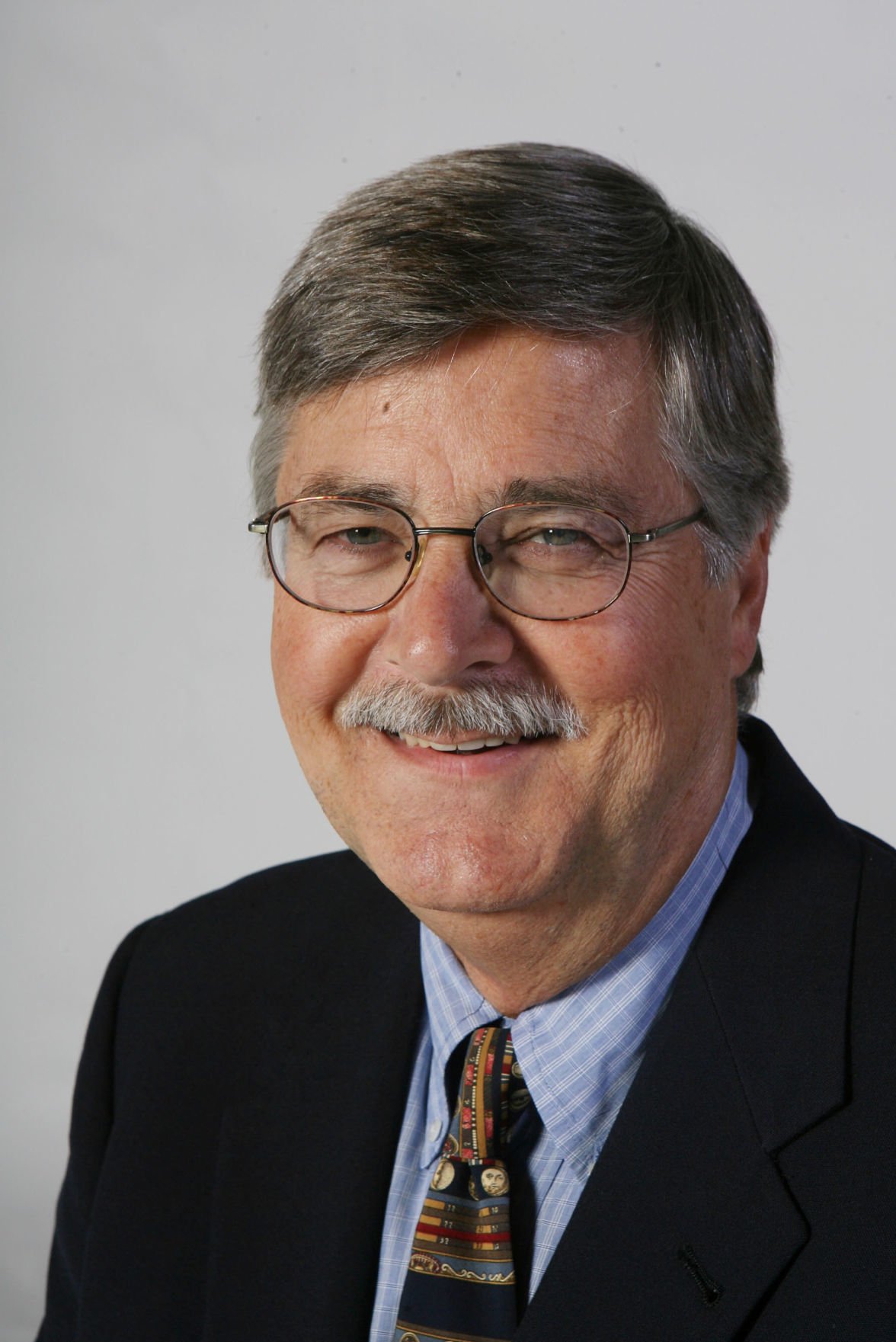