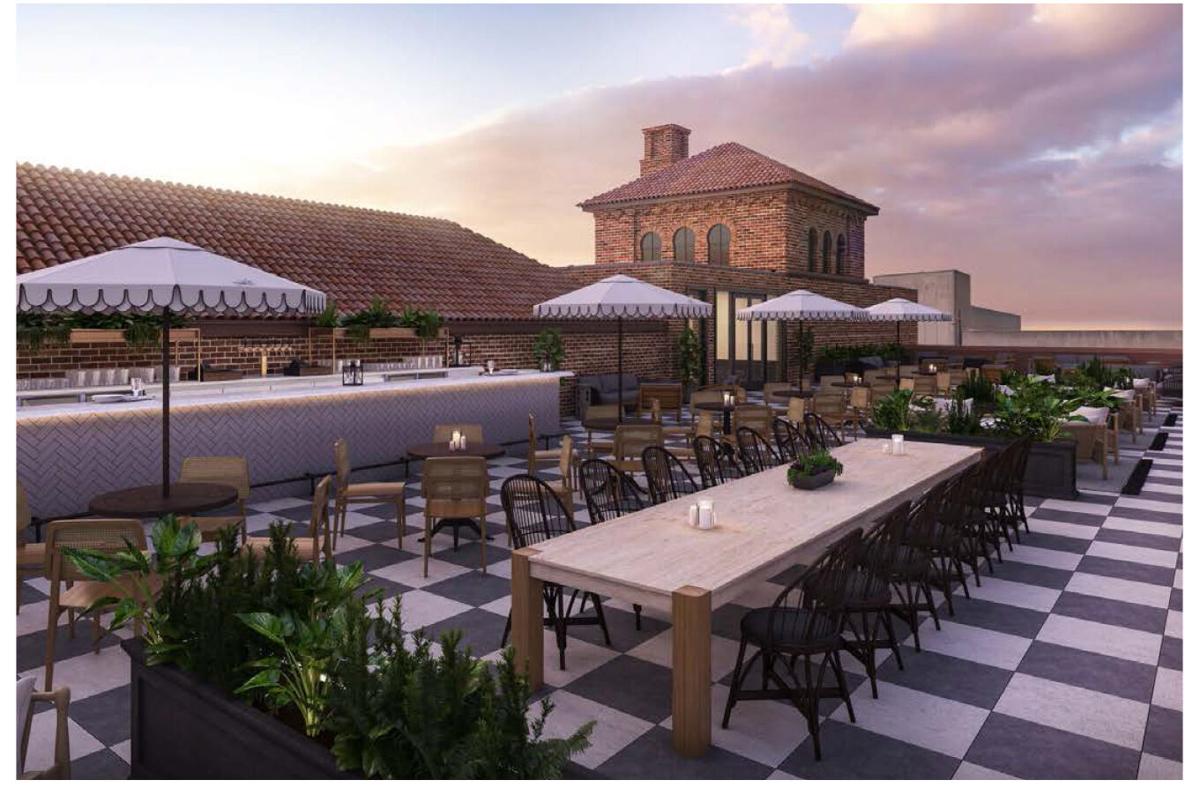 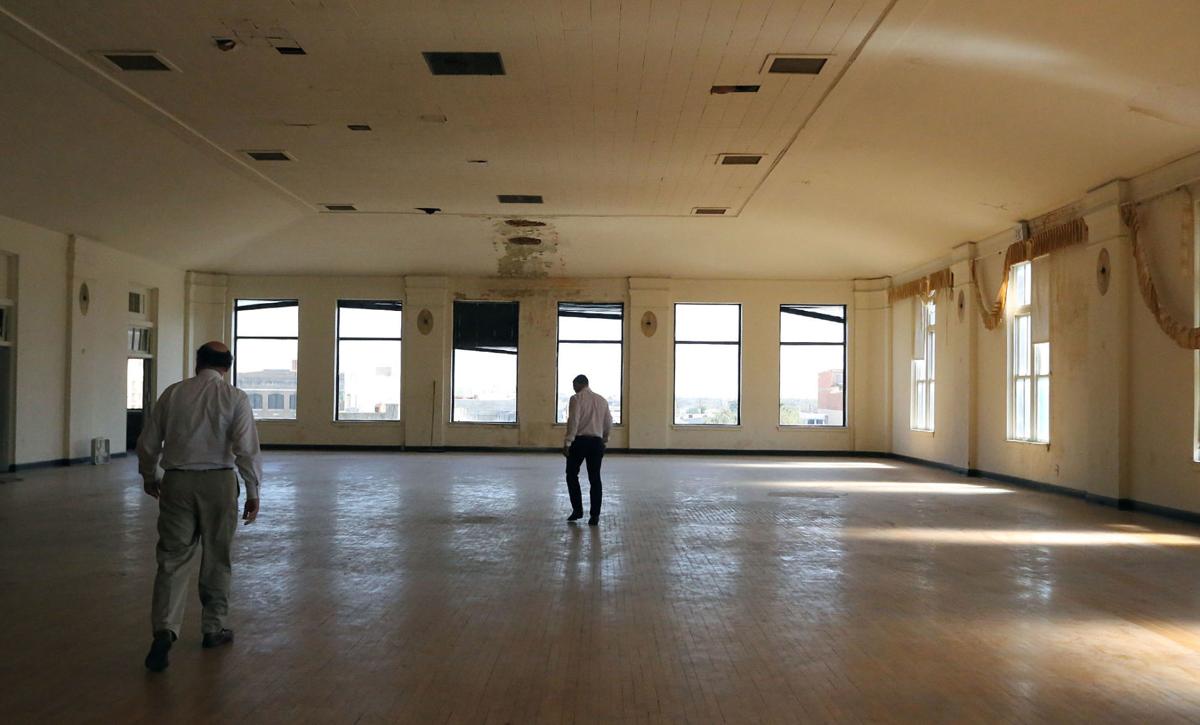 City and county officials tour the ballroom on the top floor of the former Grand Karem Shrine at 701 Washington Ave. in 2016, a few years before the county sold the building to Magnolia. The ballroom is set to be renovated in the upcoming hotel conversion project. 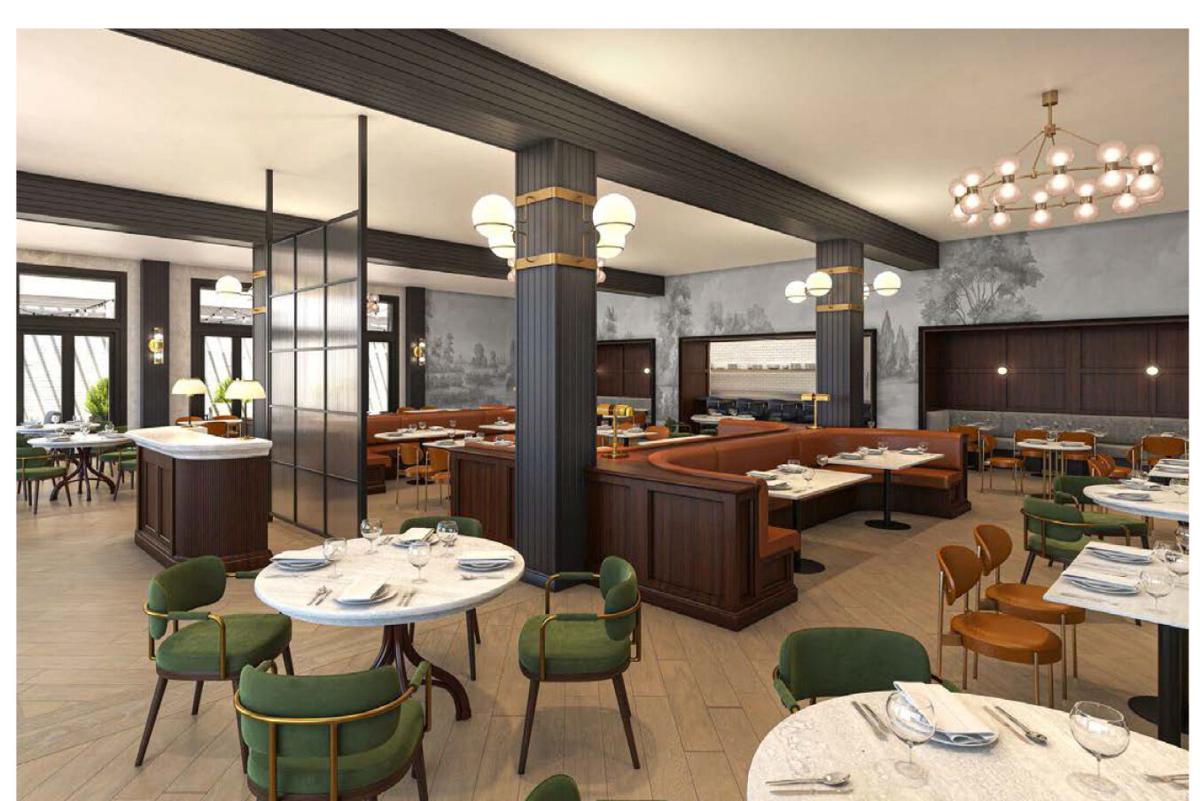 The new hotel will have an 8,000-square-foot restaurant.

The board for Tax Increment Financing Zone One recommended approving the funding in response to a $6 million request from 701 Washington LLC, a partnership between Magnolia and Adventurous Journeys Capital Partners. The building, which opened in 1928, will have its ceilings preserved and its third-floor ballroom renovated, said Scott Ebbott, senior vice president of acquisitions for Adventurous Journeys.

During the TIF board meeting Thursday, Ebbott said the national developer is best known for the 30 properties it owns in university towns, and Baylor University has been on its radar for a while.

“You obviously have a booming tourism market in Waco, but we think this will contribute to that,” he said.

The TIF zone uses a portion of property tax revenue collected from central city properties to reinvest in the area, and the board recommends projects to the Waco City Council, which has final say over funding. If approved, the $5.5 million would go toward improving the public parking lot across the street, historical consultants, facade improvements, burying of utility lines, and water, stormwater and sewer work.

The 33-room Hotel 1928 by Magnolia will include three suites, which Ebbott said would be attractive to wedding parties staying downtown or holding weddings in the hotel’s ballroom. He said both could be a draw for new visitors to Waco.

The hotel’s full-service restaurant will seat 200, and there will be more food and drink service options on the hotel’s rooftop terrace. Plans include renovating the existing building’s third-floor ballroom into a space for meetings and large events, including weddings.

“A lot of folks on our team and locally have told me they have great memories and the space is really beautiful,” Ebbott said.

The ballroom can seat “at least 200,” though he did not have an exact figure.

Once the parking lot is restriped and redeveloped, it will have 60 to 70 spots. Ebbott said it will still be a public lot for the most part, but the hotel likely will reserve parts of it for special events.

The second story will have a library. A library rendering included in the TIF meeting documents shows a grinning portrait of Chip Gaines over the fireplace. The library will be open to the public.

Ebbott said the plans have been approved by state and federal historical preservation boards.

He said the original plans included 38 hotel rooms, but that number dropped to 33 after both boards reported some of the gathering spaces slated for conversion into hotel rooms should remain as gathering spaces for the sake of historical preservation.

Ebbott said the hotel, including the restaurant and other food and beverage areas, will employ about 125 people full-time.

“That parking lot is going to be really important for the hotel, but it will also be available to the public,” Ebbott said.

He said Adventurous Journeys focuses on historical renovations and jumped at the chance to work with Magnolia on the project. He said construction was slated to begin earlier this year but stalled for pandemic-related reasons. He said he anticipates the groundbreaking will be in the next few months.

City and county officials tour the ballroom on the top floor of the former Grand Karem Shrine at 701 Washington Ave. in 2016, a few years before the county sold the building to Magnolia. The ballroom is set to be renovated in the upcoming hotel conversion project.

The new hotel will have an 8,000-square-foot restaurant. 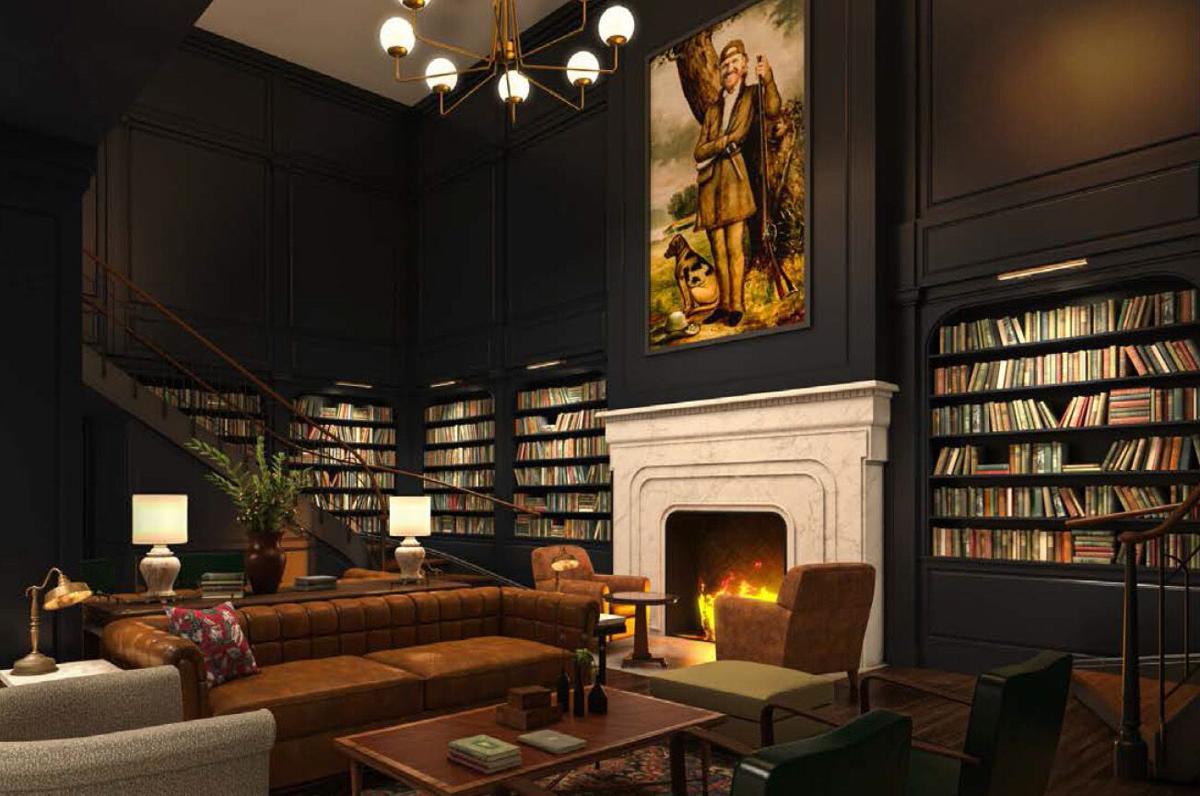 A rendering included in the TIF application shows plans for the hotel’s library, with a familiar face over the fireplace.