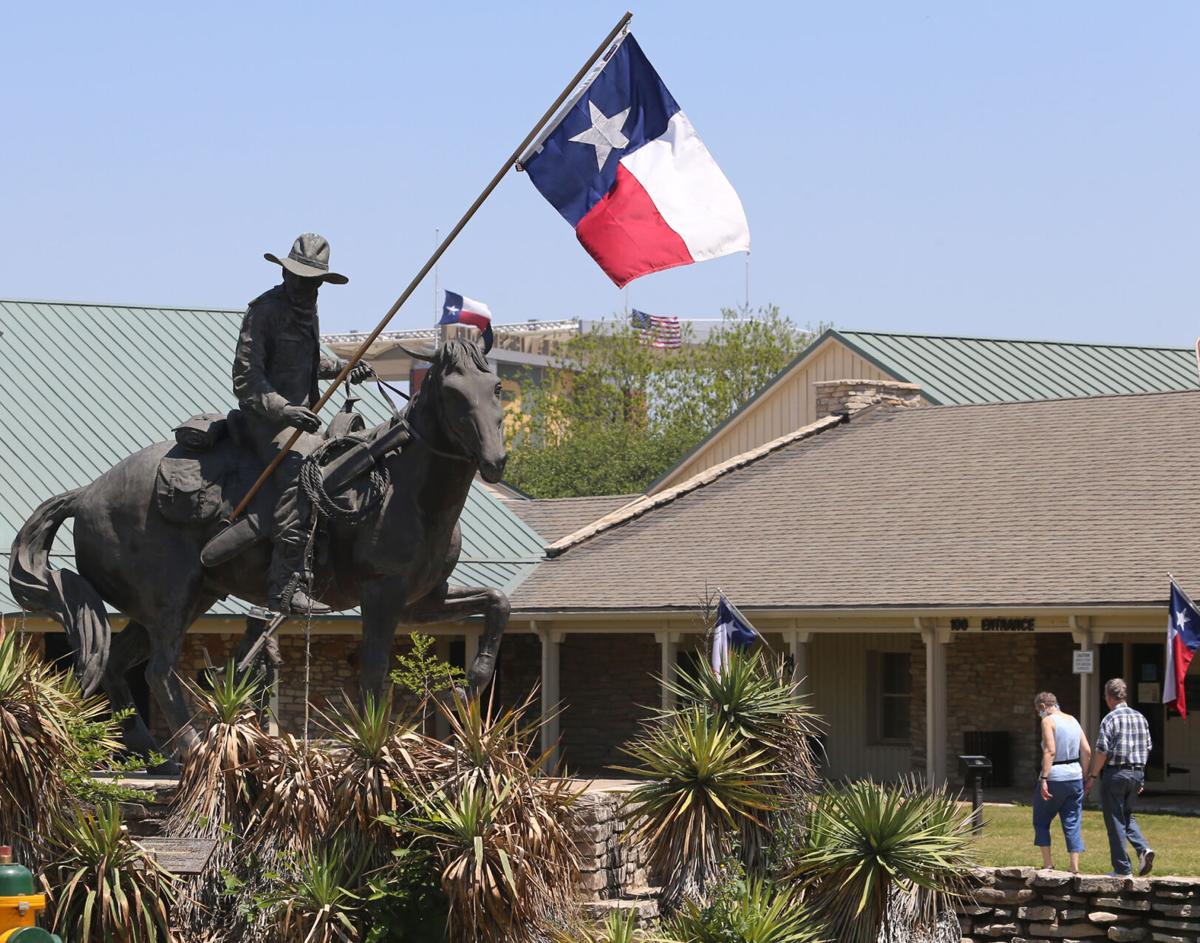 Visitors make their way to the Texas Ranger Museum. The Waco City Council heard proposals Tuesday, ranging from $24 million to $46 million, for updates to facilities and exhibits at the complex. 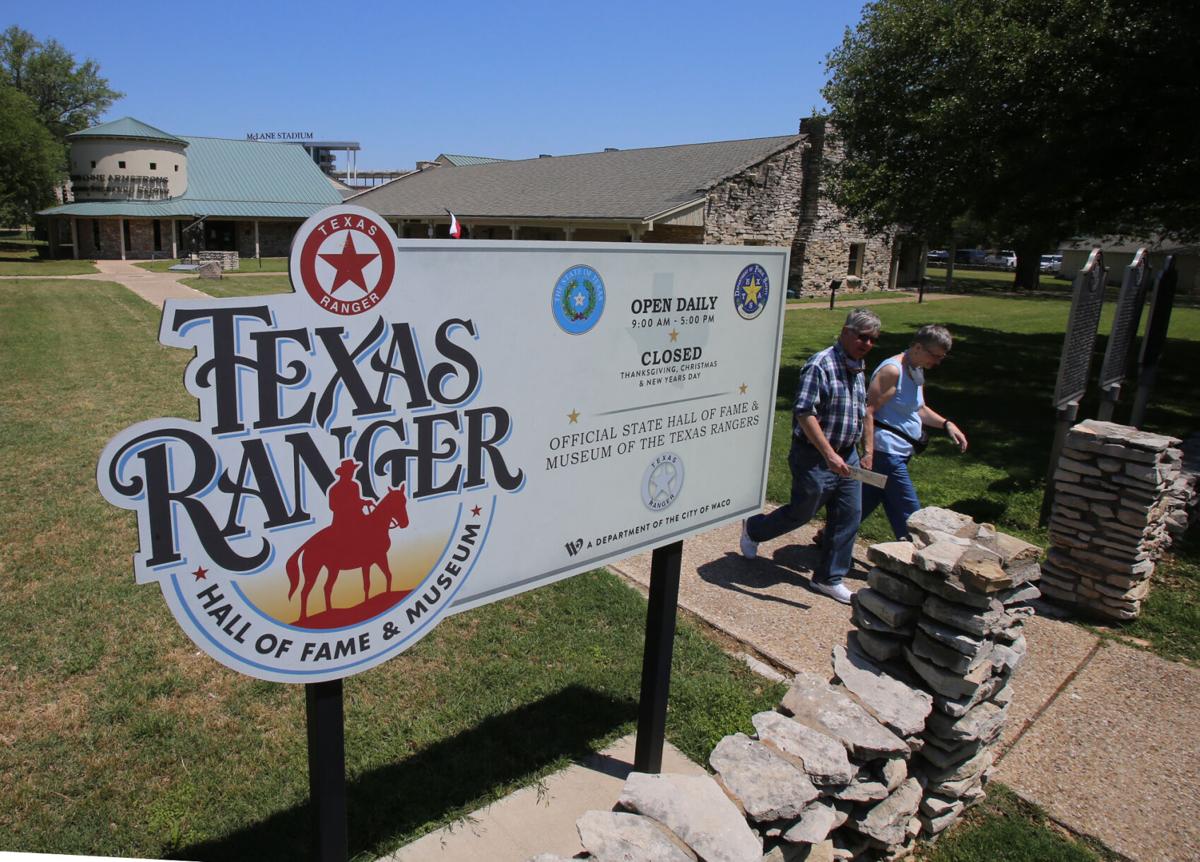 Officials are reviewing proposals to renovate the Texas Ranger Hall of Fame and Museum into a modern attraction that tells the full history of the almost 200-year-old law enforcement institution, including historical racism.

A tourism design company presented the Waco City Council on Tuesday with three possible plans, ranging in cost from $24 million to $46 million, to renovate the museum’s facilities, update its programming and raise money to make it possible. The goal is to keep the museum relevant and to cover history for multiple perspectives, but it is difficult to tell the full history of the institution in only 6,000 square feet of exhibit space, said Byron Johnson, director of the museum since 1996.

“We have to ensure that we remain relevant,” Johnson said. “We have to guarantee that we are factual and honest and balanced in the portrayal of the evolution of the Rangers toward their ideal of protecting the people of Texas.”

Matthew Wheeler, a project manager for Jack Rouse Associates, said a team is working on a five-year master plan for the museum, including a market analysis and possible fundraising strategies. He said the new facilities would open in 2026, and the proposed additions are intended to make the visitor experience more immersive and to candidly cover the institution’s history.

“Our goal from the start was to assure an accurate, truthful and equitable exhibit and program to the enhanced facility,” Wheeler said.

Wheeler recommended starting a three-year capital campaign to coincide with the 200-year anniversary of the Texas Rangers and the 88th Texas State Legislative session in 2023.

“It’s a story of how the Texas Rangers’ core duty has evolved to an ideal of protecting all of the people of Texas,” Wheeler said. “And the story is one that has both achievements and service, as well as lessons learned from the failures of individuals and administrations.”

Cost estimates for the three proposals range from $23.5 million to $45.6 million.

The $23.5 million plan would upgrade amenities and improve the visitor experience but would not include renovations to exhibit space or the old buildings. The plan would convert the Hall of Fame into space for exhibits, including the Texas Ranger Hall of Fame memorial itself, convert the Knox Hall banquet space to more exhibit space and add a theater area at the facility’s entrance. The plan also includes rooms for retail storage and more retail offices, larger restrooms and an area where large school groups can gather.

The $41.6 million plan includes $22.7 million for building costs, $12 million for exhibits and $6.9 million in contingency. The plan would include everything in the $23.5 plan. Other work would include demolishing the current Hall of Fame building and replacing it with a two-story building, but the second floor would remain a shell until the city decides to build it out. The entrance and lobby would also move, and the Taub Hall, Ido Morris and Brownfield gallery space would be reconfigured to fix traffic flow problems in the building.

The $45.6 million plan includes everything in the $41.6 million plan, but adds a fully built-out exhibit space on the second floor of the new Hall of Fame building.

The presentations Tuesday did not delve into specific new historical topics the exhibits would cover.

Council Member Hector Sabido, whose district includes the museum, said there is currently a small exhibit that focuses on racist violence at the Texas-Mexico border and the 1918 Porvenir Massacre specifically.

During the massacre, Texas Ranger Company B rounded up and killed 13 Mexican-American men and two boys from the small town of Porvenir, Texas, then attempted to cover up the incident.

“I honestly think there’s an openness from the museum and from the city in general to make sure that complete story is being told,” Sabido said.

He said Tuesday’s presentation was just the start of the conversation.

After Tuesday’s work session, Council Member Kelly Palmer said she expects including more of that history will be a significant part of the overall project.

“Looking at the way the Texas Rangers committed really horrific acts of violence against indigenous people, against Black Americans, against Hispanic people, needs to be a really strong theme that currently isn’t there,” Palmer said.

Wheeler also proposed an interactive exhibit, called “Meet a Texas Ranger,” that would be on the first floor of the new building and focus on modern-day Texas Rangers.

“They’re really able to explore, interact, and see and understand what current Texas Rangers do every day,” Wheeler said.

The entire facility is housed in five buildings that total 34,000 square feet. The Hall of Fame building has structural and building systems issues, and Wheeler said there is a general need for more storage, office space, work areas, parking and larger restrooms that can accommodate school groups.

Wheeler said attendance declined steadily for years until 2015, when a combination of new tourists visiting Magnolia and new museum initiatives boosted attendance by 37%. He estimated the center would see attendance increase by up to 34% after renovations.

He said after adjusting for inflation, the center’s budget has remained static or decreased over the last 20 years, and the city could increase ticket costs and add online retail, along with new retail facilities, to boost revenue.

Council Member Jim Holmes said he likes the ideas in the proposals, especially the idea of updating programming.

“We had the same issue with the zoo a couple of years ago,” Holmes said. “We need to get some bonding around that and get new exhibits in there. So I totally get what we’re talking about here, trying to keep the museum fresh.”

The Texas Ranger Hall of Fame and Museum, along the Brazos River near University Parks Drive and Interstate 35, operates as a partnership between the city of Waco, the Texas Department of Public Safety and donors. It opened in 1968 and has had an estimated 4.5 million visitors since, generating between $120 million and $170 million in tourism revenue. It includes a state memorial and its library and archives are a state repository. The facilities also serve as the headquarters of Texas Ranger Company F, whose jurisdiction ranges from south of Dallas to south of San Antonio.

Visitors make their way to the Texas Ranger Museum. The Waco City Council heard proposals Tuesday, ranging from $24 million to $46 million, for updates to facilities and exhibits at the complex.