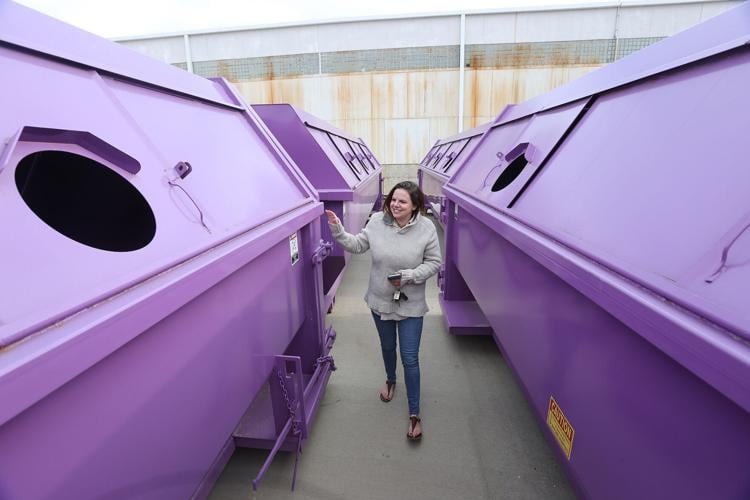 Waco solid waste administrator Ashley Millerd shows the purple metal containers that will be placed around Waco to accept glass for recycling. 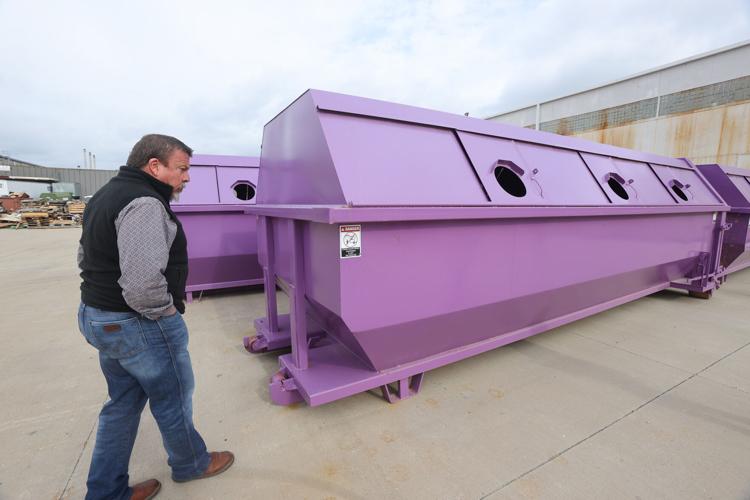 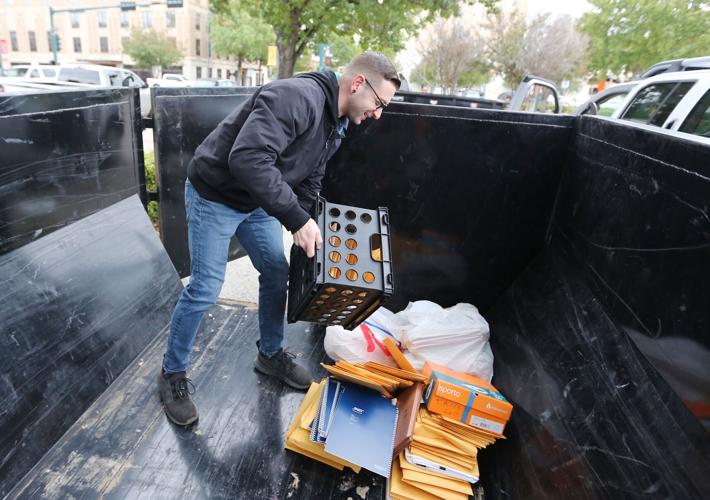 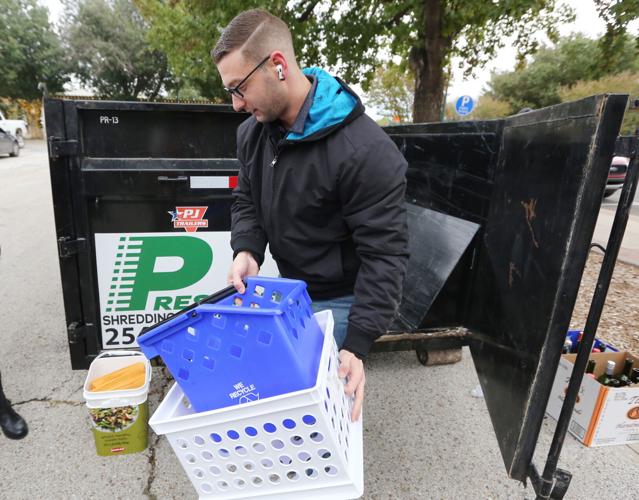 Since 1944, Owens-Illinois and its forebears have doted on glass in Waco, the now 1-million-square-foot plant on Beverly Drive producing bottles and paying union wages.

Glass recycling is nothing new there, but a new program is giving the public in the Waco area more opportunities to take part, while directing some of the proceeds to the United Way.

Large purple Glass4good containers will appear at several locations around Waco in the coming months, adding to what is now a single glass drop-off point at Waco’s Cobbs Recycling Center. Anyone and everyone, regardless of address, is welcome to place glass in the new metal units. When each is filled with an estimated 10 to 15 tons of scrap glass, it will be hauled to the backside of Owens-Illinois. There it will be to be ground up into “cullet” and reused in bottle production.

“There is no fee to utilize these bins,” a press release from partner Keep Waco Beautiful says. “Glass products accepted include glass food jars, spirit and wine bottles, beer bottles, champagne bottles and non-alcoholic glass containers. All glass products must be emptied and clean from debris.”

Glass that becomes cullet, defined as furnace-ready recycled glass, can resurface as a new glass container on retail shelves within 30 days, the press release says. Owens-Illinois Waco maintenance manager Luke Foit gave the timeline a finer tip. He said cullet could become a finished product within 24 to 72 hours of entering the plant, which operates three furnaces.

Waco’s Owens-Illinois facility, served by rail and big rigs, employs more than 300 people, many making $24 to $36 an hour, Foit said. It runs 24 hours a day, seven days a week, shutting down two weeks at year’s end. Foit said Tuesday that despite the good pay and benefits, six positions remain unfilled. The Waco plant crafts glassware filled with beer, liquor, mayonnaise and salsa, under brand names that include Tito’s Handmade Vodka and Shiner Bock.

O-I Glass Inc. is headquartered in Perrysburg, Ohio, and operates 70 plants in 19 countries, enjoying revenues of $6.4 billion in 2021.

“Access to recycling has been one of the major focuses of Keep Waco Beautiful’s strategic plan,” Executive Director Carole Fergusson said. “Making glass recycling accessible in all communities is one of the major needs of our citizens and local business economy.”

Fergusson said her long-range goal is having a glass recycling bin in every Waco City Council district, in East, North, South and West Waco. She said crews likely will place one at North 15th Street and Colcord Avenue, near Urban Reap, and another near the Keep Waco Beautiful offices on Austin Avenue.

Currently, glass recycling is limited to the Cobbs Drive recycling center off North 44th Street. Strategic Materials Inc., another partner in Glass4good, has been instrumental in moving glass from the Cobbs Drive facility to local glass manufacturers, the press release says. Placing additional bins around the city complements those efforts.

“This is a great aspect of our strategic partnership with Keep Waco Beautiful, creating a more sustainable Waco, and diverting waste from our landfill,” Waco solid waste director Kody Petillo said.

Other partners in the program include Pernod Ricard USA, a leading spirits and wine company, and United Way of Waco-McLennan County.

The United Way receives a percentage of the value of every recycling weigh-in for its programs aimed at health, financial stability, education and safety.

“The collaboration across so many businesses and organizations to bring in this innovative service is inspiring and speaks to the heart they have for improving our community,” local United Way CEO Wendy Ellis said.

“This is one of the largest health care and benefits expansions in the history of the agency. Veterans with toxic exposure who have previously had claims denied should reapply.”

The Texas Comptroller's Office has prepared a map showing where broadband service is good, lacking or nonexistent. And McLennan County, generally speaking, is holding its own.

A plan guiding the aesthetics and traffic flow through downtown Waco will go before Waco Plan Commission for approval on Tuesday night.

“There wasn’t anyone selling 2023 back in 2020, so that got to be a challenge, but we’re coming back strong,” Quandt said of long-term event bookings returning to the picture.

Free public Wi-Fi is available at the Dewey Community Center, the first in a series of city projects that will bring high-speed, communal internet access to sites around Waco.

A program that gives locals more recycling options started Thursday in an alley behind Stay Classy Waco, a wine bar at 723 Austin Ave.

People who need a ride in parts of Greater Waco may soon be able to use a phone app to hail a van for the price of bus fare.

The U.S. economy grew more than expected in 2022

The U.S. economy grew more than expected in 2022

Waco solid waste administrator Ashley Millerd shows the purple metal containers that will be placed around Waco to accept glass for recycling. 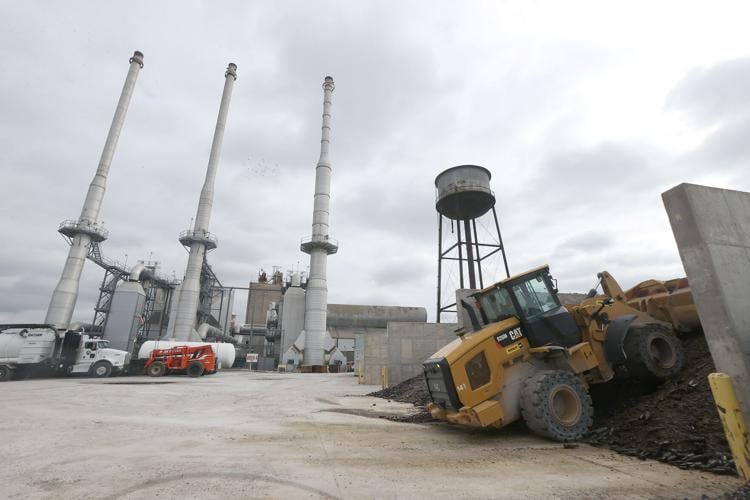 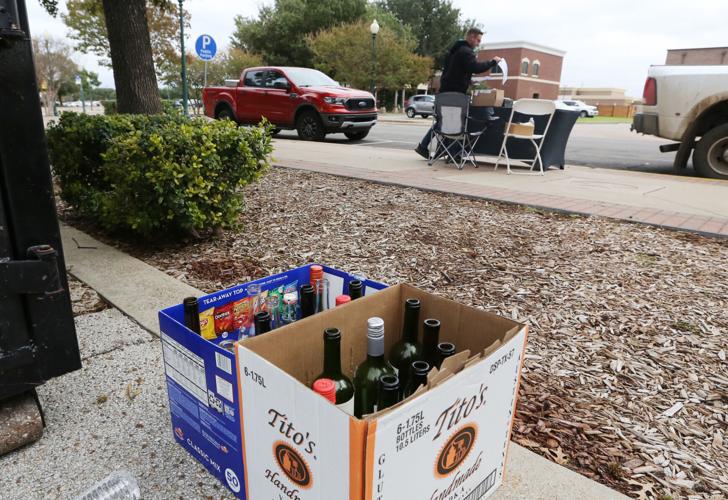 Glass dropped off at Tuesday’s America Recycles Day event at Heritage Square is ready for recycling. Austin-based Tito’s is one of the well-known brands that uses glass bottles produced by Owens-Illinois in Waco.