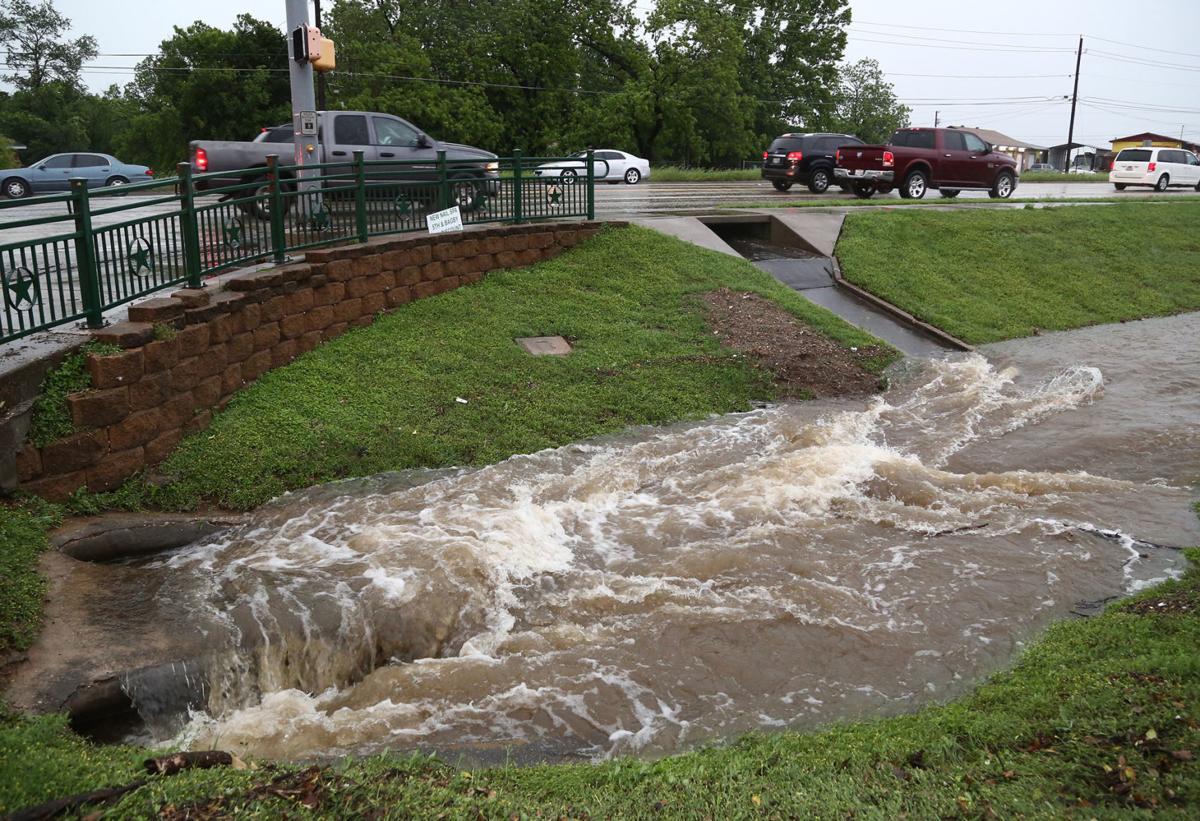 Runoff flows in May 2019 at Primrose Drive and Robinson Drive after a storm dropped a little more than an inch of rain in about 90 minutes. 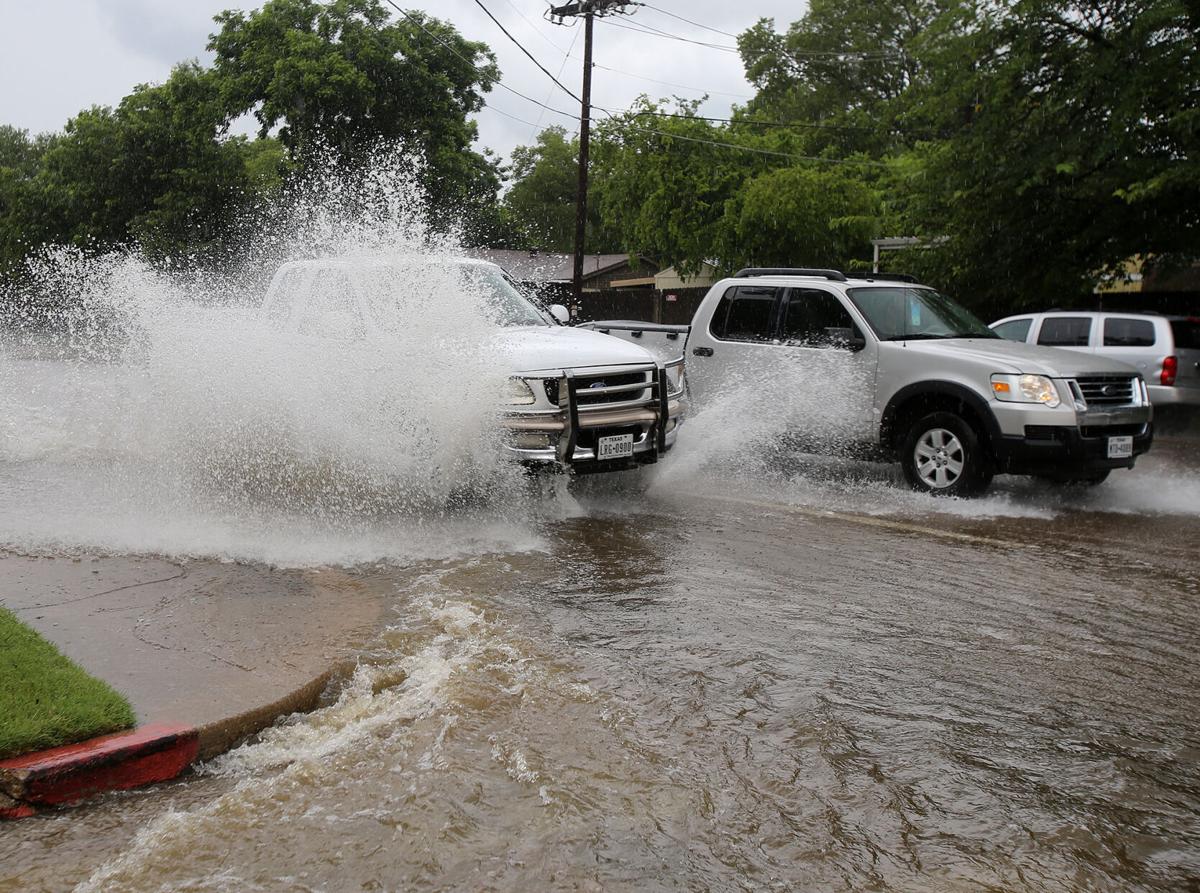 Vehicles splash through a flooded section of New Road on June 28. The National Weather Service recorded 1.14 inches, a record for the day.

A new drainage fee averaging $5.41 per month for Waco homeowners is set to kick in next month, though owners of properties with less than 500 square feet of nonabsorbent area can apply for an exemption.

The new city fees are meant to offset the cost of maintaining and expanding the city’s storm drains, curbs, gutters and other stormwater infrastructure. The city has identified 18 needed stormwater projects costing a combined $124 million. The fees are now expected to bring in $5.7 million annually to maintain a system that previously had no designated funding source, according to the city.

Each property’s fee is based on its impervious cover, or hard surfaces, including concrete and rooftops, that do not absorb rainfall. More impervious cover means the property sends more runoff into the stormwater system, and will have a higher stormwater fee. The fees will vary widely for commercial properties.

Multifamily residential properties, including apartment complexes, condos and mobile home parks, can get a 10% credit for volunteer efforts directly related to stormwater. That could mean building runoff retention devices or helping in cleanups along the Brazos River. Anything residents build needs to be certified, inspected annually and maintained by the residents.

About 6,500 parcels in the city have no more than 500 square feet of impervious cover, meaning owners would be exempt from any stormwater fee if they apply, public works director Amy Burlarley-Hyland said. That would add up to about $250,000 per year in exemptions.

The budget also increases Waco’s contribution to tax incentives for incoming businesses through the Waco McLennan County Economic Development Corp. to $3 million. McLennan County matches that annual contribution, for a total of $6 million going into the fund next year.

Waco City Council will hold a public hearing on the tax rate at 6 p.m. Sept. 7 in the Bosque Theater at the Waco Convention Center, 100 Washington Ave.

Waco Mayor Dillon Meek thanked the council, staff and public for their role in the lengthy budgeting process, and said the city will soon have other significant decisions to make about how to spend federal coronavirus relief money provided through the American Rescue Plan.

“The budget as a finished project represents consensus, compromise, hard work, listening to the council and listening to our community,” Meek said. “I think it is exciting for me to see where our city is going, given what is reflected in this budget.”

Runoff flows in May 2019 at Primrose Drive and Robinson Drive after a storm dropped a little more than an inch of rain in about 90 minutes.

Vehicles splash through a flooded section of New Road on June 28. The National Weather Service recorded 1.14 inches, a record for the day.