The new Paul Tyson Field is starting to take shape. The old stadium, visible in the background, will eventually be torn down to make way for new facilities at the Extraco Events Center. 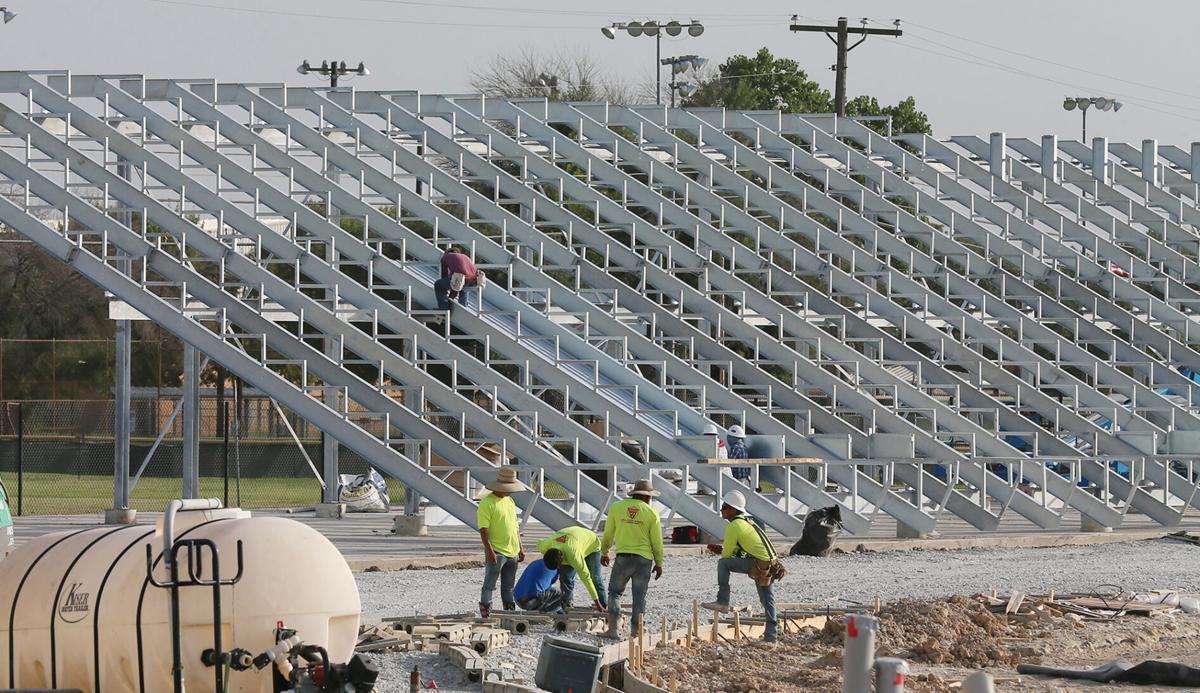 The new Paul Tyson Field near Waco High School is expected to be ready this year. It will have a grandstand seating 2,000, an artificial turf playing surface and an eight-lane track. 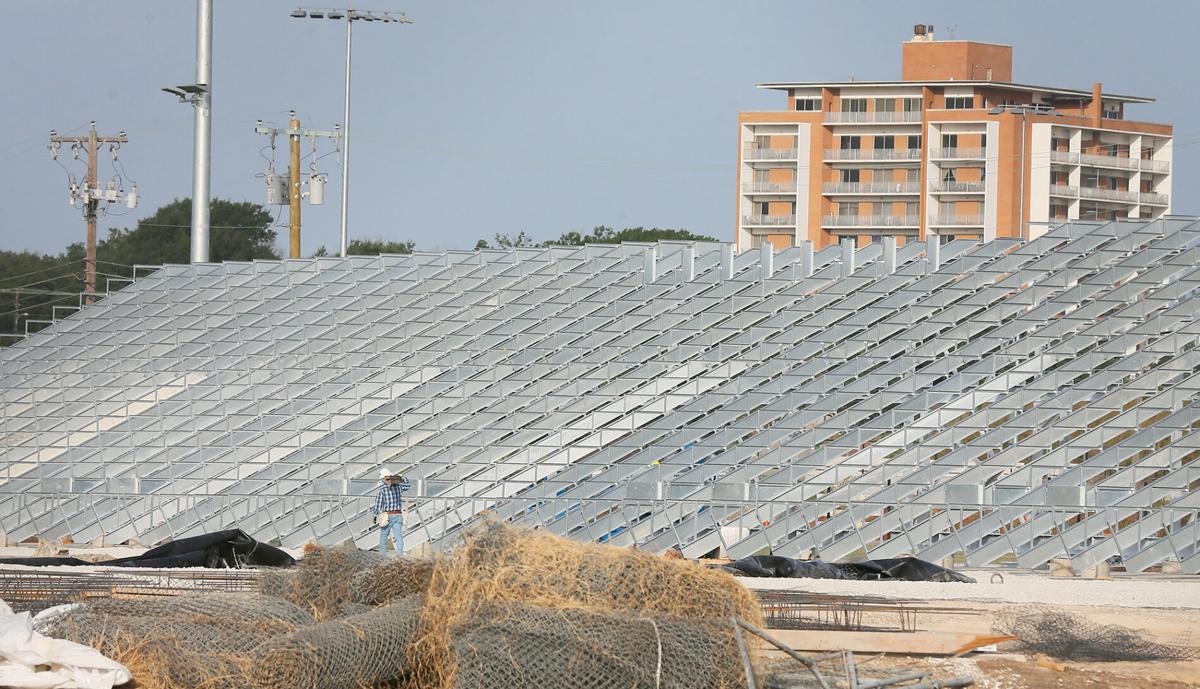 Work on the new Paul Tyson Field is expected to wrap up this year.

To say Waco Independent School District, city of Waco and McLennan County officials are juggling lots of balls near North 42nd Street would be an understatement.

Senior park planner Tom Balk said the complex will cost an estimated $6.7 million, but staff will know more when bid solicitations go out in two months.

“It should be under construction after Jan. 1, and we anticipate completion in late 2022,” Balk said, meaning play on the new complex should commence in spring 2023.

He said existing Lake Air Little League fields will remain in playing condition through spring and summer activities next year.

“We’re still refining the scope of this,” Balk said. “We will have six to eight fields, including two Challenger League fields, plus shade features, concession areas, restrooms, bleachers at each field and landscaping.”

The city awarded a $672,500 contract to the Lockwood, Andrews & Newnam consulting firm to prepare engineering, design and construction plans.

Northridge Construction, based in North Richland Hills, has expressed interest in bidding on the Lake Air Little League project. Balk said Northridge compared its crew availability with the anticipated construction schedule, and they were compatible. He said the company’s already significant presence locally could prove advantageous to both Northridge and the city.

Lake Air Little League carries a New Road address, though it is near Waco High School and Lions Park, both on North 42nd Street.

Waco Founder Lions Club and the city of Waco announced in July an extensive revitalization project at Lions Park in partnership with local organizations.

The city plans to contribute $2 million for the work.

Lions Park first opened in 1952 as a ballpark for teens, and Kiddieland, the small amusement park on the property, opened in 1965. Various attractions, including a super slide and public swimming pool, have come and gone, and the venue this year has remained closed because of financial problems aggravated by the pandemic. The city of Waco threatened to cancel its lease with the park before going public with the $2 million pledge and renovation plans.

Asked if revitalizing Lions Park might coincide with creating a new Lake Air Little League, Balk said, “I would not venture a guess on that.”

“They are not on the same timetable,” Balk said. “The city said it would move quickly, but that work is still in the planning stage.”

The city and the Lions Club have said they hope to hire a master planner with experience in small amusement parks.

The $9 million Paul Tyson Field project should close this semester, said Wucher with Waco ISD. He said he will have a more definitive timeline later this week.

The new facility will feature an eight-lane track built to University Interscholastic League standards, meaning it can host track and field events. It will have synthetic turf, a 2,000-seat grandstand for fans and visitors, and a 3,000-square-foot building to accommodate a press box, ticketing areas, concession stands and restrooms. Two existing locker room will be expanded. The project also includes practice fields for baseball and softball near the stadium.

All these moving parts, except the Lions Park upgrade, have a place in the “venue” project undertaken after county voters approved new taxes on hotel stays and rental cars to underwrite the package. This revenue stream paid for the new BASE multi-purpose facility on Bosque Boulevard.

The new Paul Tyson Field is starting to take shape. The old stadium, visible in the background, will eventually be torn down to make way for new facilities at the Extraco Events Center.

The new Paul Tyson Field near Waco High School is expected to be ready this year. It will have a grandstand seating 2,000, an artificial turf playing surface and an eight-lane track.

Work on the new Paul Tyson Field is expected to wrap up this year.