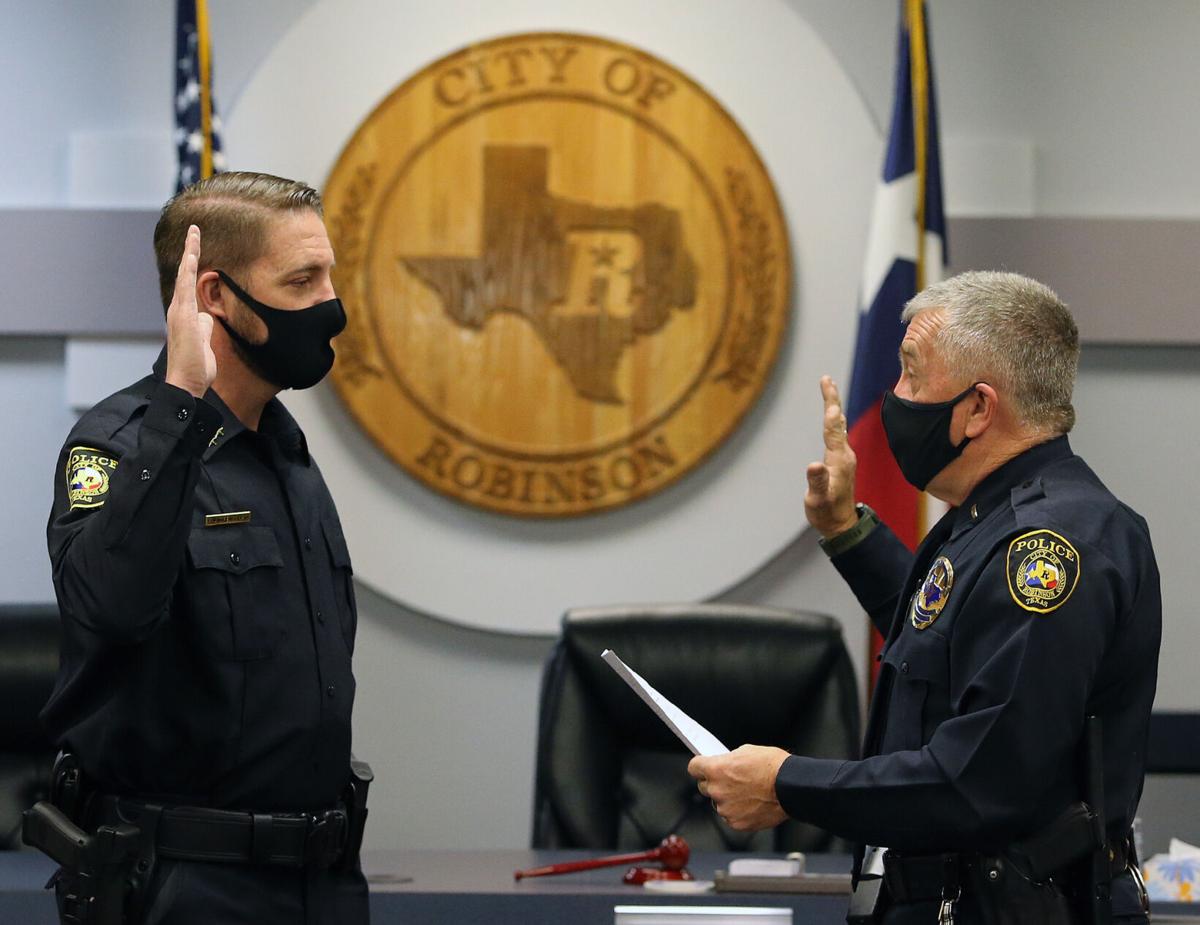 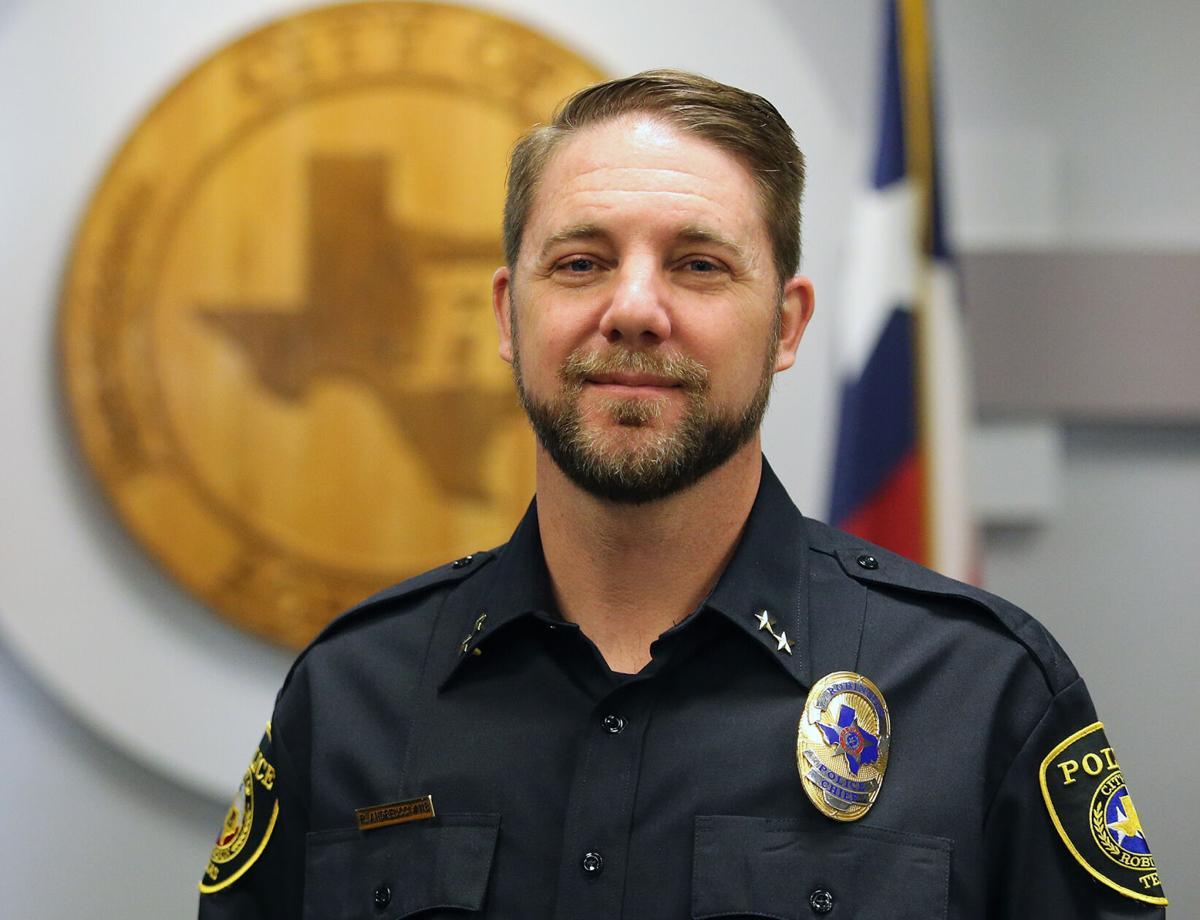 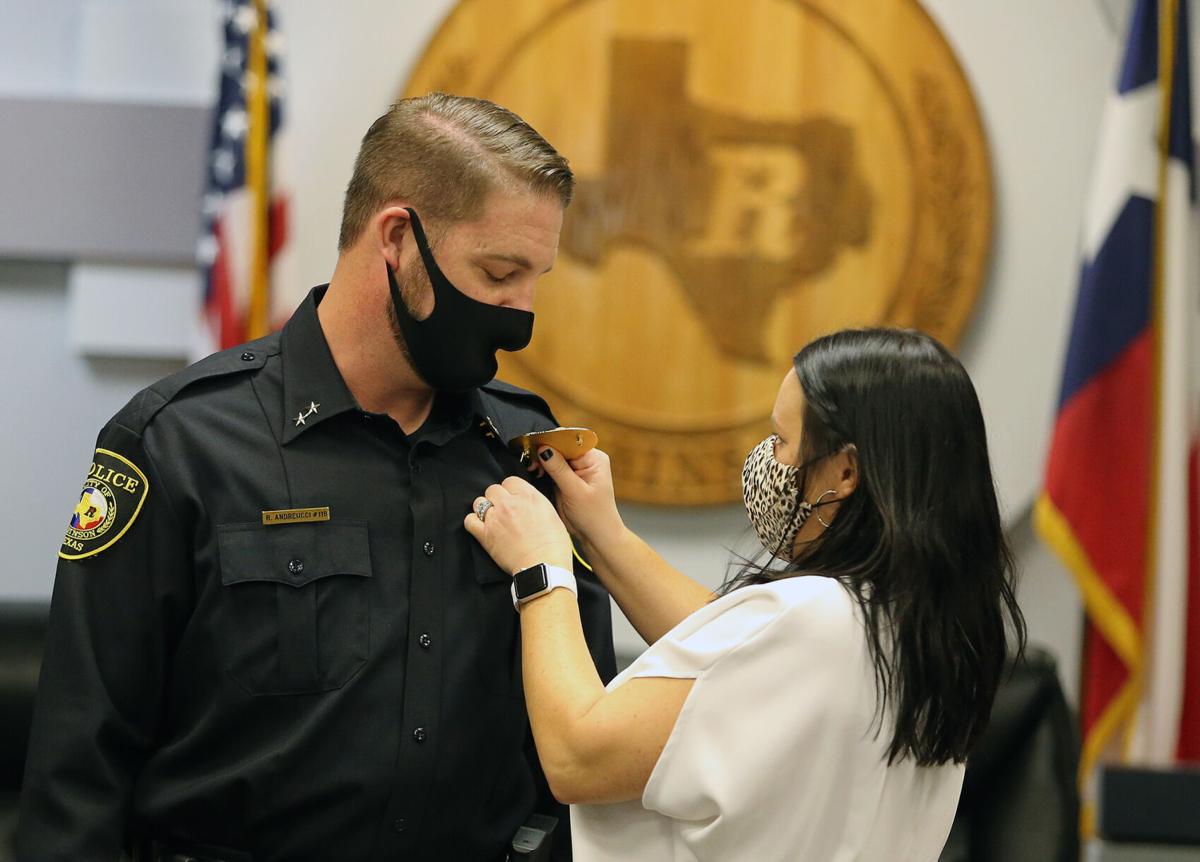 New Robinson Police Chief Rich Andreucci has his badge pinned on his uniform Tusday by his wife, Candace. 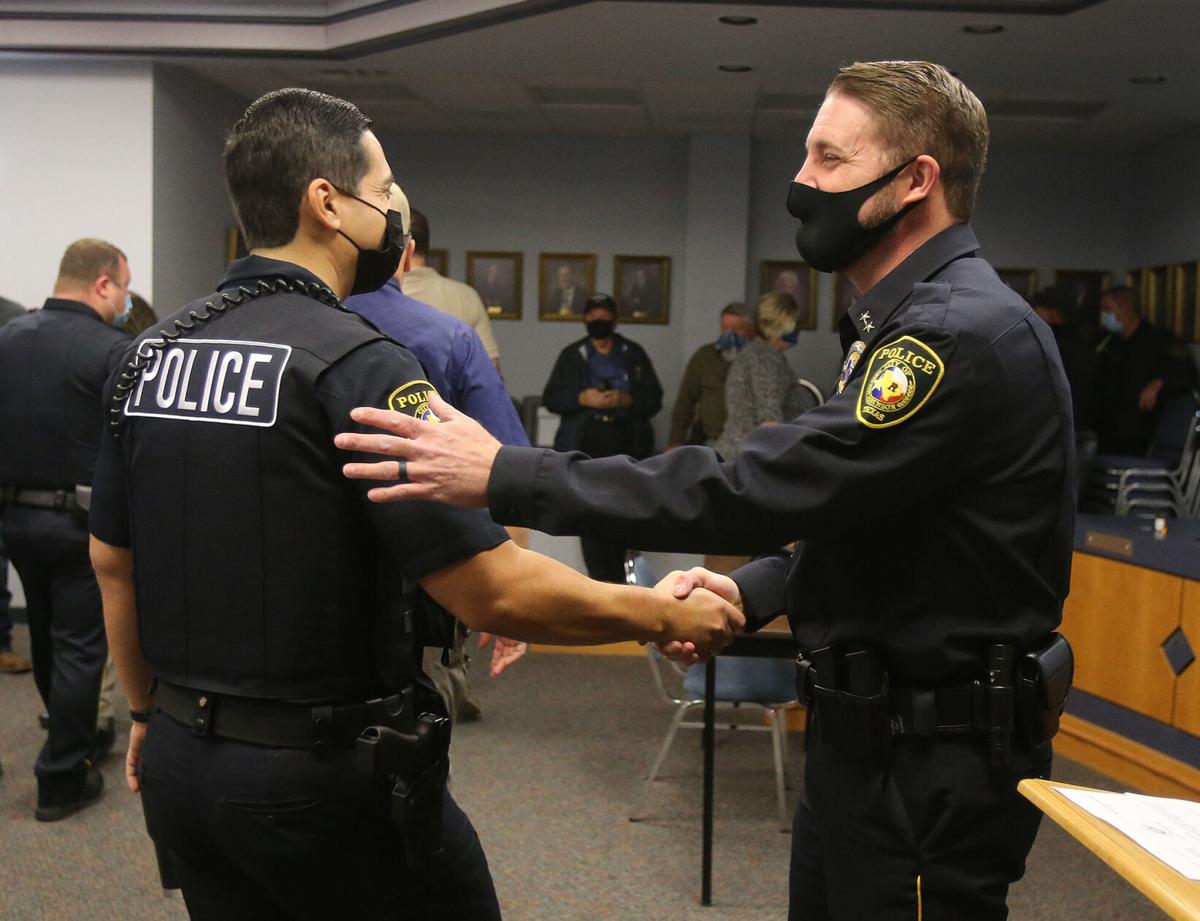 The city hired Andreucci, 41, in December. He started his law enforcement career with the Manor Police Department in 2004, where he served as a patrol officer, school resource officer and a corporal in the criminal investigation section. He has worked for the Sunset Valley Police Department, in a small city completely surrounded by the city of Austin, since 2009, and has been lieutenant there since 2012.

“I definitely think police need to be a much bigger part of the community than they are,” Andreucci said. “I think the only way for issues to get solved, that a lot of communities have, is for the city government, usually police because they’re out there first, to treat issues as our own and try to help solve it.”

Andreucci’s family, including his wife, Candace, a special education teacher at Leander ISD, and son, Peyton, an eighth-grader, attended Tuesday’s ceremony. They still live in Leander but plan to move to the area once the school year ends, Candace said. She said Rich also considered a position in Iowa, but she was glad they settled on Robinson.

“I was super excited,” she said. “I was born in Waco. Both of my parents went to Baylor, so it was like coming back home.”

Robinson City Manager Craig Lemin, a former police chief himself, said the final 16 candidates took a questionnaire about community policing, issues in policing and other topics as part of the hiring process. A panel of community members and a panel of police officers interviewed finalists.

“Rich connected really well with both groups,” Lemin said. “He had a very strong community focus. We have a young department, so we think he’s going to connect with them a lot better.”

Lemin said the community panel is a newer part of the hiring process.

“By the time you get to (the finalists), they’re all qualified to be police chief,” Lemin said. “That’s such a big part of the job, is that ability to connect to and interact with the community. That was the thing that really set him apart.”

Andreucci is replacing Phillip Prasifka, who stepped down over the summer to take a job leading the police department for Red Oak Independent School District south of Dallas. Danny Smith, a retired Texas Department of Public Safety major, has served as interim chief since Prasifka’s departure. Smith also served a stint as interim chief in Bellmead in 2019.

New Robinson Police Chief Rich Andreucci has his badge pinned on his uniform Tusday by his wife, Candace.