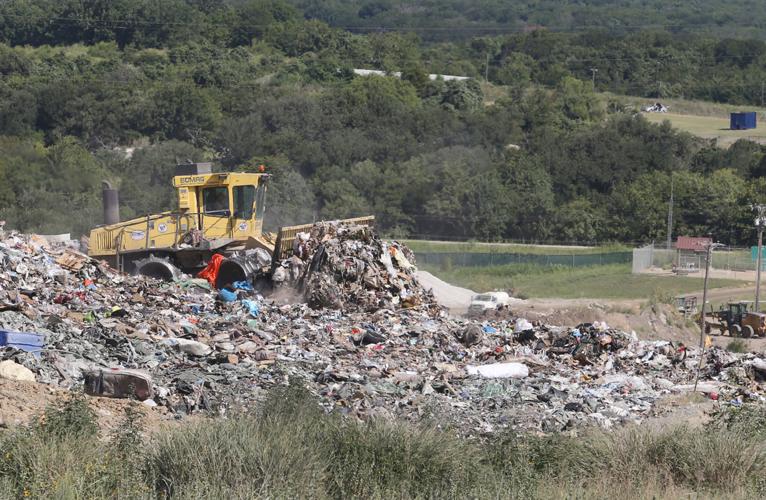 Crews position trash at the Waco Regional Landfill to be covered in this 2017 photo. 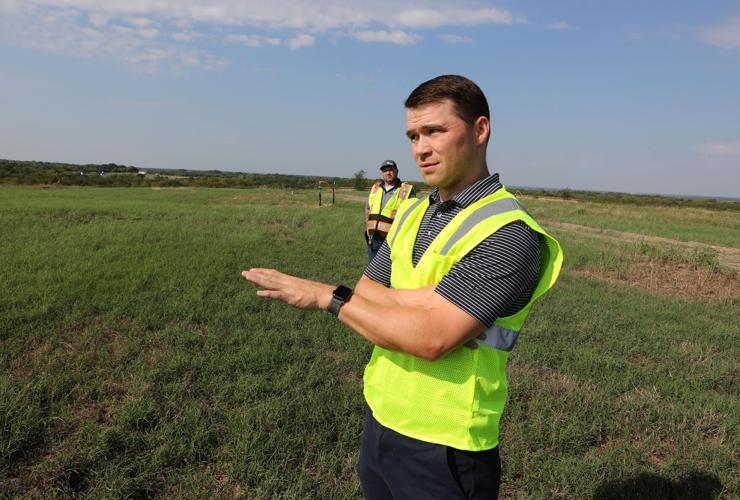 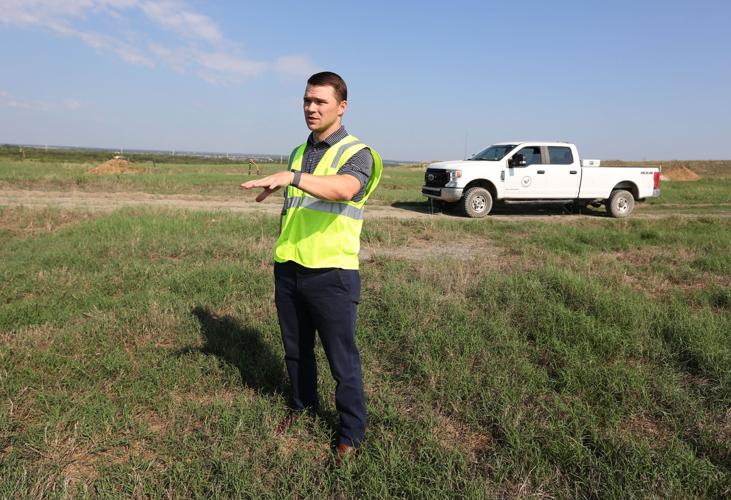 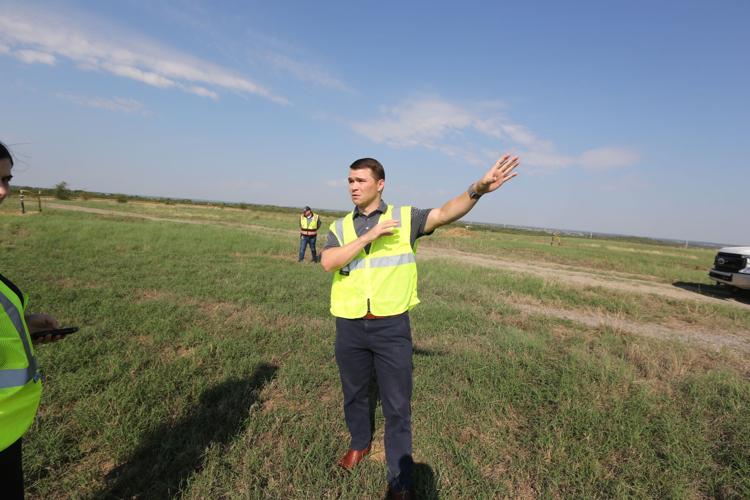 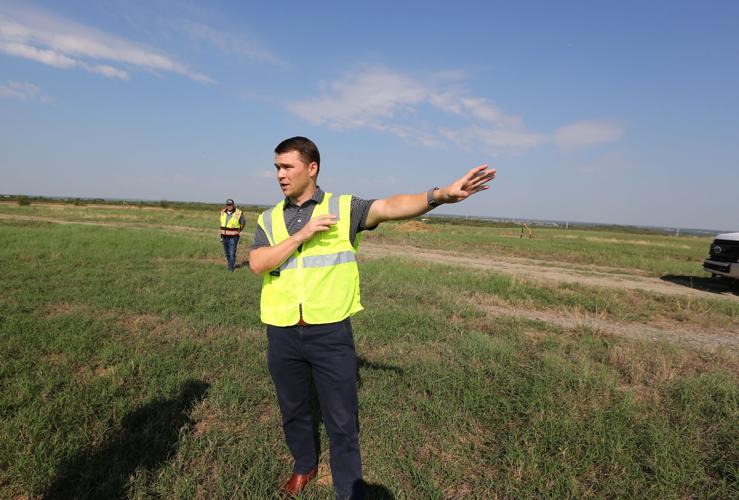 Kody Petillo, the city of Waco's solid waste director, describes the 30-year closure process that will happen once the Waco landfill is full. 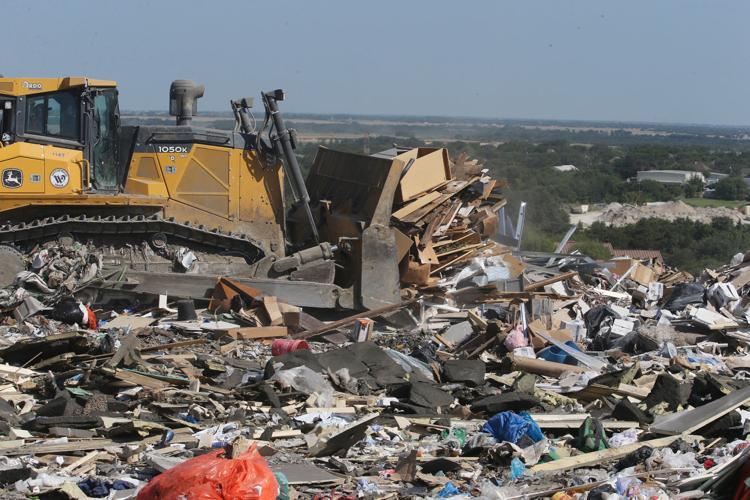 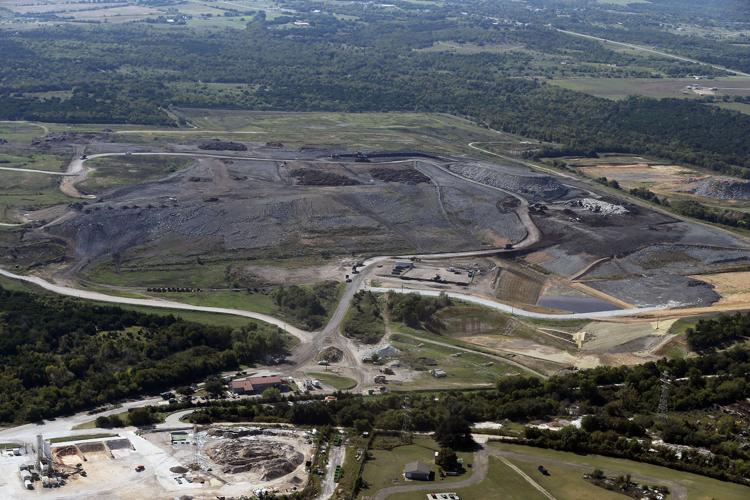 Waco Regional Landfill and surrounding land, as seen from the air above Highway 84 in 2017. A section of Old Lorena Road is visible in the top right corner. 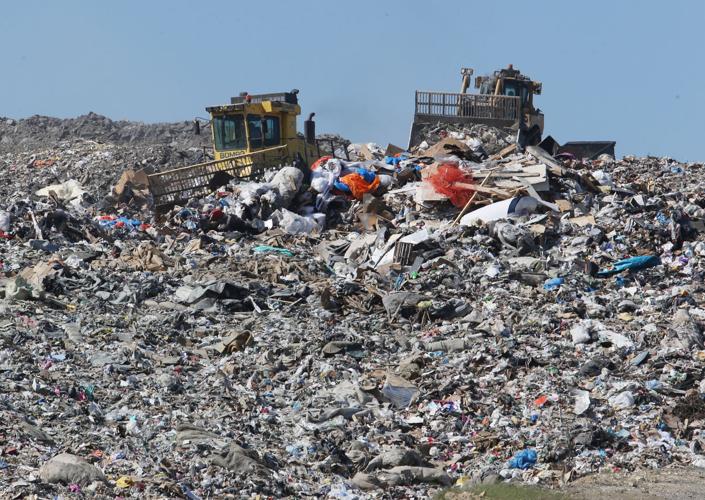 After the last dump trucks and excavators have left Waco Regional Landfill three years from now, it could find a new career as a solar energy farm, combined with a generator that makes electricity from methane gas.

Two city-funded studies will determine whether the 237-acre site on Hannah Hill Road can support those projects. This summer, Waco City Council gave Chief Sustainability Officer Chuck Dowdell approval to prepare a request for proposals for a feasibility study that will examine design and installation, as well as finding grants for a solar farm project.

Dowdell said that study will also evaluate Waco’s closed landfills off South University Parks Drive at Rosenfeld Road and Radle Road, in addition to the active landfill at Hannah Hill, which is expected to reach capacity in 2025.

“We probably have enough power at the combined sites to put in a 50-megawatt facility,” Dowdell said. A megawatt is enough to power 200 homes on Texas’ peak demand days, according to the Electric Reliability Council of Texas. A 50-megawatt facility could power 10,000 homes on such a day, making it one of the biggest landfill solar projects in the country.

The city would partner with a private developer to operate and maintain the system.

The city would receive a percent of the profit from energy sales, and the company would receive more power and renewable energy credits. Dowdell said the study will also evaluate whether or not the new energy source could mean lower electricity rates for customers in Waco.

“We’d look not only at the financial opportunities, but we want a well-rounded perspective,” Dowdell said. “We want to look at the relationship with the environment, the community and the economy. That’s often referred to as people, planet and prosperity: the triple bottom line.”

According to a 2021 report on landfill solar farms by Rocky Mountain Institute, there are 113 landfill solar projects throughout the United States. More than 70% are in New England and Mid-Atlantic states. But a project in Houston that will convert the 240-acre Sunnyside landfill will dwarf them all, becoming the largest in the country when it’s complete.

Texas regulators in April approved the Sunnyside Solar Farm, clearing the way for a 50-megawatt facility with 150,000 solar panels. The Houston Chronicle reported that construction is to begin in early 2023, with operations beginning in July.

The U.S. Environmental Protection Agency’s guidelines for evaluating landfills for their solar farm potential states that when a landfill has not been closed yet, a developer has more flexibility in designing the new systems. On the other hand, a landfill that closed only two or three years ago can pose its own problems because its contents will continue to settle and shift more quickly than at an older site.

Texas is at the heart of a solar energy boom in the U.S. that is expected to be boosted by the new climate bill, which is estimated to offer up to $67 billion for renewable energy projects in Texas alone.

Last year, more than 6,000 megawatts of solar energy were installed in Texas, bringing the total to more than 15,000 MW, according to the Solar Energy Industries Association. The association projects that the state will see more than 40,000 MW of solar energy added in the next five years.

Several solar projects are in the works in the Waco region, including Enel Green Power’s 640 MW solar farm on Otto Road near Riesel, which began construction in May 2021. The giant project is expected to come online late this year and will include an energy storage facility.

Meanwhile, the city of Waco is making plans for the end of the existing Waco Regional Landfill, which has been operating within its current boundaries since the early 1990s. The city of Waco bought 290 acres of adjacent property several years ago with the idea of a new landfill site but shifted to a new site east of Axtell after opposition from Highway 84 residents and District 5 Councilman Jim Holmes.

Waco’s current landfill is situated on high ground, with a perfect view of the two cement plants nearby and two housing developments across Highway 84, Twin Rivers and Badger Ranch. The 154 acres of disposal site are divided into eight cells that workers have excavated, lined, filled with some 8.5 million tons of trash and covered.

“We’re running out of places to go here,” Petillo said.

The city is still working with the Texas Commission on Environmental Quality to open a new landfill near Axtell. The closure process will take about 30 years total once the existing landfill reaches capacity.

A tall fence around the current landfill is enough to keep humans out of the site, but Petillo said part of the closure process involves keeping rodents, feral hogs and other pests out of the landfill to prevent exposures and leaks.

Petillo said letting trees grow now could damage the lining, but once the site has been closed and covered with several feet of dirt, a geomembrane designed to contain moisture, the city will continue to inspect it monthly before eventually leaving it to nature.

The landfill is already outfitted with a methane collection system that resembles a series of tall pipes or spigots sticking out of the ground every few hundred feet, the only interruption in what otherwise looks like a large hill covered by grassy plains.

A gas flare built last year disposes of the methane by burning it off, but the structure gives off heat so strong it can be felt continually even when it’s not in use.

Dowdell said that could change too. With some pretreatment, the gas could fuel an energy turbine system and generate electricity.

The city purchased and rebuilt the methane gas collection system installed at the city landfill, doubling the amount extracted from the waste. Dowdell said the gas could support a micro turbine system. Another $34,000 feasibility study feeling out the possibility is funded for next year, he said.

“If we’re able to combine a micro-turbine and solar farm, that would create a micro-grid,” Dowdell said. “The grid would then join some of these various forms of energy-producing devices.”

Dowdell said in the future he might investigate other methods of converting trash to power, such as anaerobic digesters that produce methane gas from agriculture byproducts, dairy waste and manure.

Apparently Waco is becoming quite the sun worshipper.

Crews position trash at the Waco Regional Landfill to be covered in this 2017 photo. 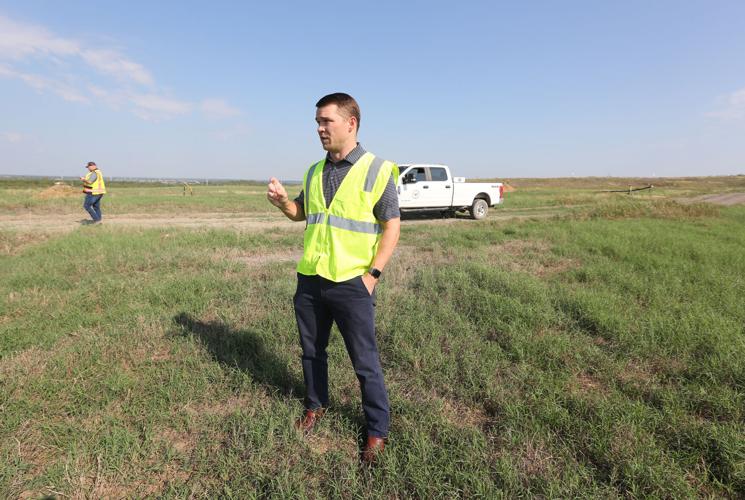 Solid Waste Director Kody Petillo describes the 30-year closure process that will happen once the landfill is full. 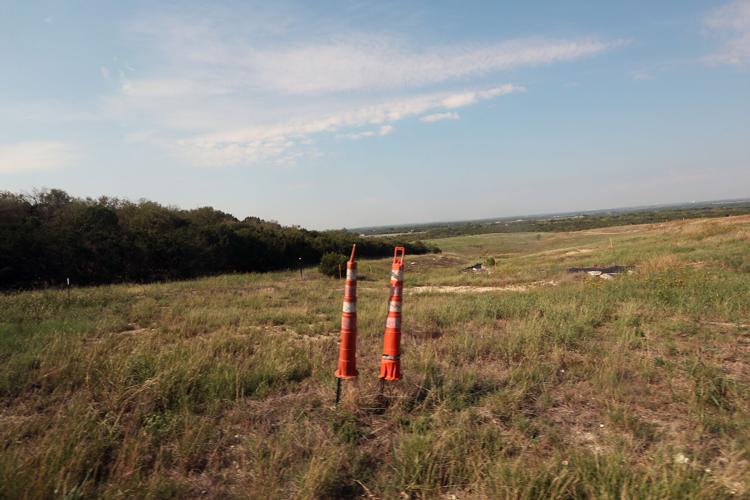 This portion of the Waco landfill will be buried a few more times before it's considered "done," according to city Solid Waste Director Kody Petillo. 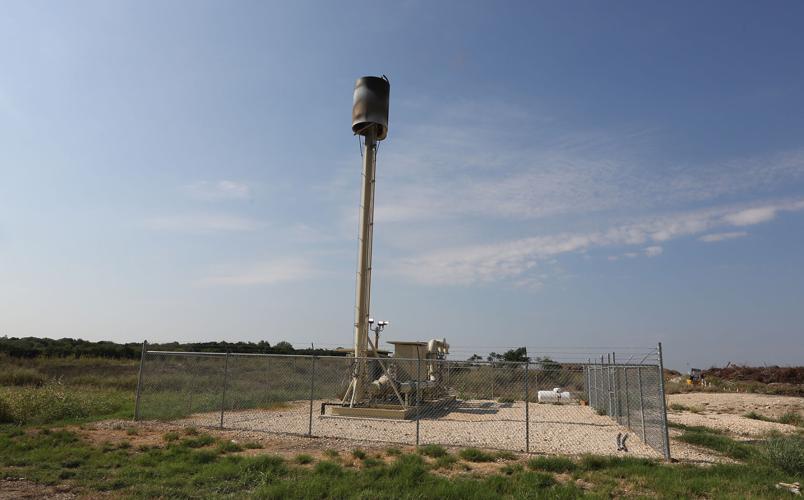 The Waco landfill's gas flare gives off shimmering waves of heat during the day.

Kody Petillo, the city of Waco's solid waste director, describes the 30-year closure process that will happen once the Waco landfill is full.

Waco Regional Landfill and surrounding land, as seen from the air above Highway 84 in 2017. A section of Old Lorena Road is visible in the top right corner.