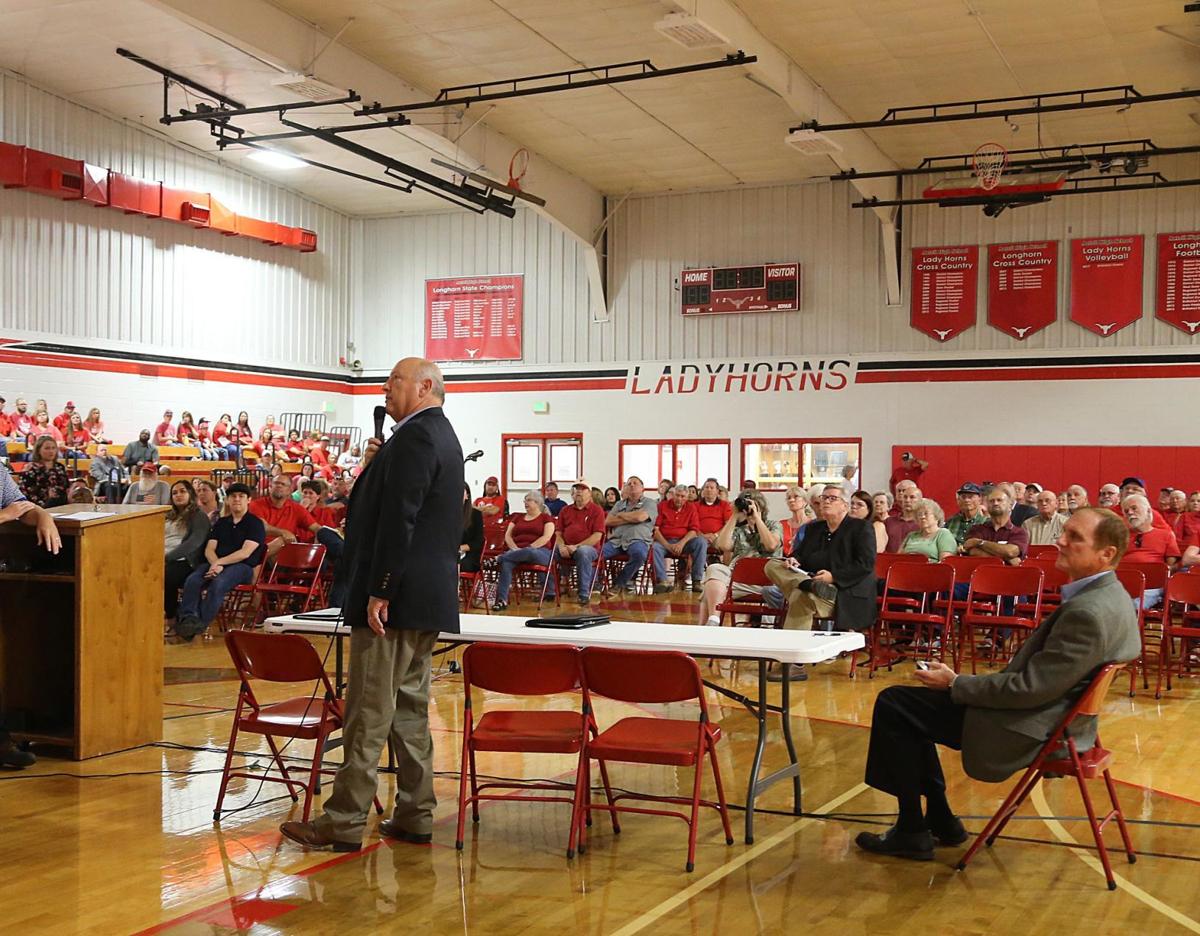 Waco and TCEQ officials speak during a 2019 public meeting on Waco’s plans for a landfill in the Axtell area. A public meeting Thursday will be held via webconference. 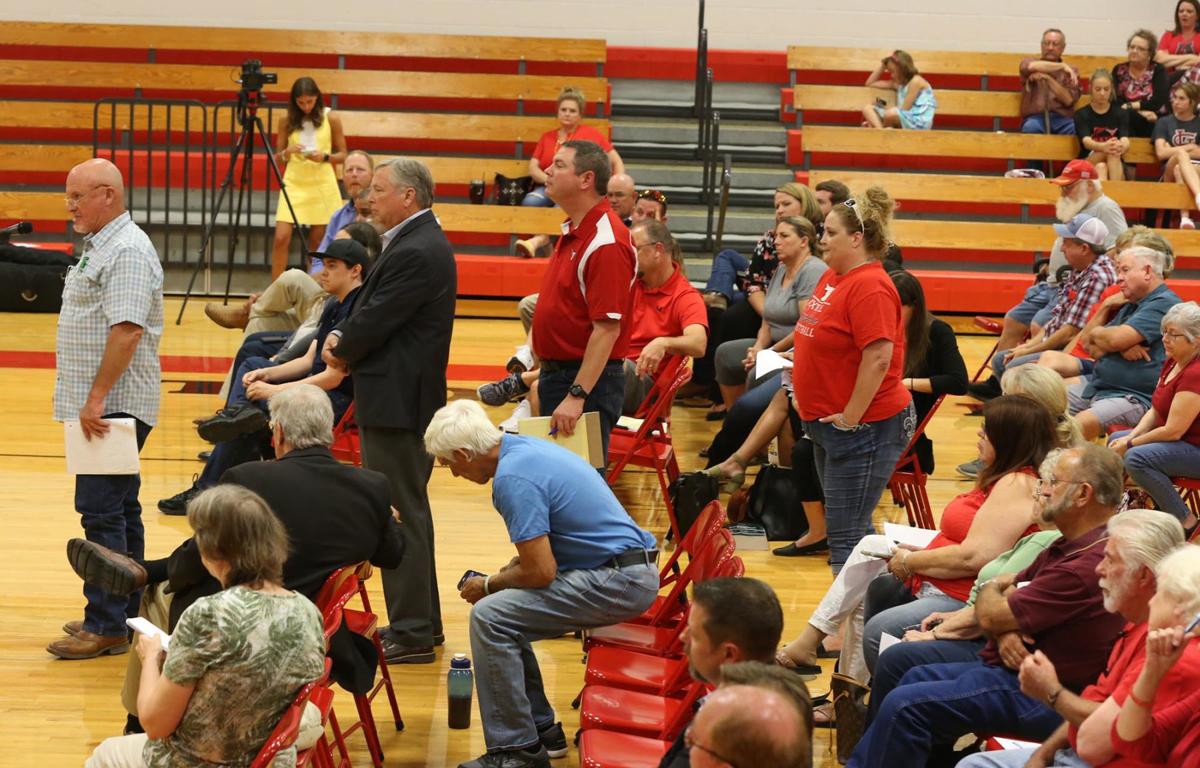 Residents line up to speak during a 2019 public meeting on Waco's plans for a landfill in the Axtell area.

State regulators may issue a draft permit before long for a new Waco landfill off TK Parkway in the Axtell area, launching a formal public comment period.

But before they do, Texas Commission on Environmental Quality and city of Waco officials will hold a public meeting via webconference at 7 p.m. Thursday. It will be the first public meeting on the landfill since 2019, when Waco was under the leadership of a different city manager and mayor.

The timing of the meeting is “a little odd” because the TCEQ has not yet conducted a technical review of Waco’s application, said Lauren Ice, an Austin lawyer representing the Residents Against the Axtell Landfill group.

Once the application undergoes the technical review, TCEQ would issue a draft permit and set a deadline for public comments.

She said she expects people will ask for another public meeting if the TCEQ issues a draft permit.

“Folks are being asked to put comments on the record without having a full understanding of what it is they’re commenting on yet,” Ice said.

Thursday’s meeting will consist of an informal portion when TCEQ and Waco representatives will be available to answer questions, and a formal portion when residents can provide recorded public comments that regulators will review and address in writing as part of the permitting process.

Axtell Independent School District Superintendent J.R. Proctor said the landfill opposition group has discussed the possibility of pursuing a contested case hearing to challenge the permit if it is approved, but it is still too early in the process to say whether it will come to that.

“We’re going to have to wait and see if there are any objectionable parts of that (permit), to know where to plant our flag, so to speak,” Proctor said.

He said he thinks the remote meeting will make it more difficult for Axtell residents to participate. Still, he hopes the new leadership of Waco City Manager Bradley Ford and Waco Mayor Dillon Meek will make a difference compared to discussions that took place before they were in those positions.

“It will be the first time these guys have an opportunity to come in and talk to this group, and I’m hoping the conversation goes in a different direction, but we’ll just have to wait and see,” Proctor said.

In the years since Waco abandoned less expensive plans to open a new landfill next to the Highway 84 landfill that is approaching capacity, the city has spent millions buying land to create a buffer around the Axtell site that would become an active landfill. The most recent land purchase came in April and brought the city-owned area to 1,426 acres, though it is only seeking to permit 502 acres for the landfill.

Lacy Hollingsworth, one of the leaders of the Axtell group, said members plan to go through any draft permit “with a fine-toothed comb.”

“If there’s anything wrong, any errors or anything like that, we’re going to make sure those are pointed out,” Hollingsworth said. “But they haven’t even submitted that part yet, so I’m … kind of anxious to hear what they’ve done that’s meeting-worthy.”

Hollingsworth also said the virtual meeting will be difficult for some Axtell residents to attend, though the last public meeting, in 2019, had high turnout.

During previous meetings, Axtell residents have expressed concern that the landfill could pollute the surrounding environment, harming creeks on the land or livestock.

How to participate: go to gotomeeting.com/webinar/join-webinar and entering the ID number 847-880-883. Questions and comments also can be submitted ahead of time at www14.tceq.texas.gov/epic/eComment/ (enter permit number 2400).

Waco and TCEQ officials speak during a 2019 public meeting on Waco’s plans for a landfill in the Axtell area. A public meeting Thursday will be held via webconference.

Residents line up to speak during a 2019 public meeting on Waco's plans for a landfill in the Axtell area.