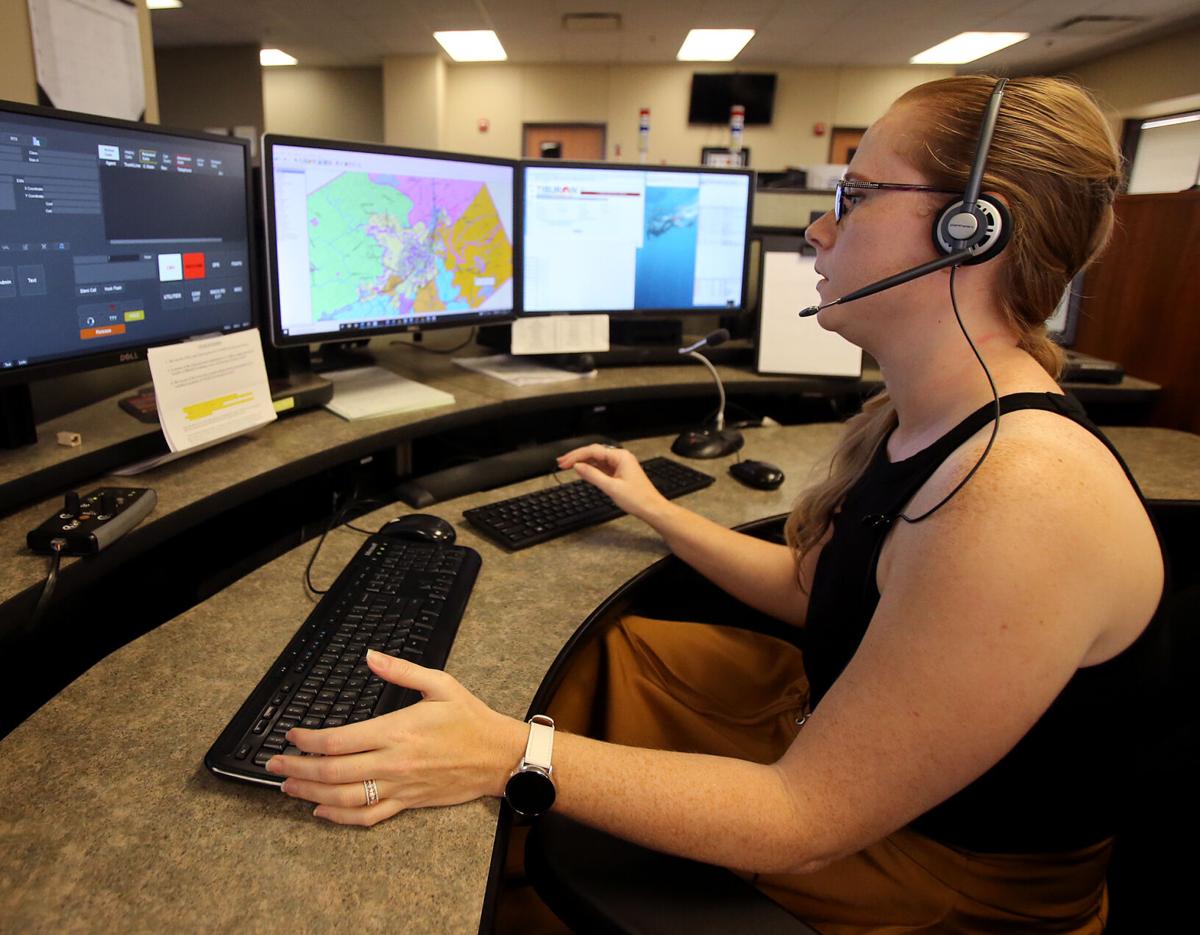 Waco Police dispatcher Rebekah Reilly gets ready to start a shift. Many dispatchers are working 50 hours or more per week to cover a staff shortage. 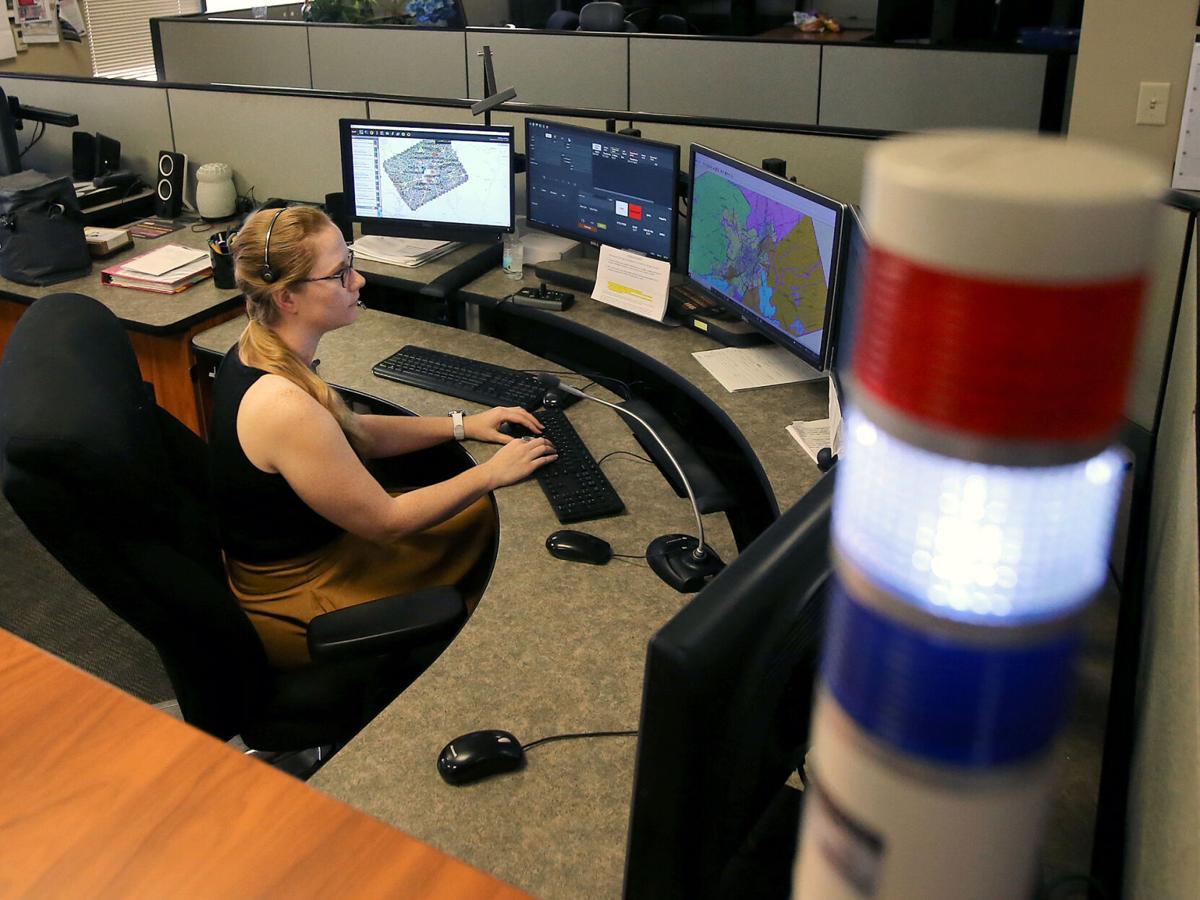 Rebekah Reilly is one of 24 Waco Police Department dispatchers now covering duties intended to be handled by a staff of 40.

A lifeline between the community and emergency help is thinning as the Waco Police Department struggles to fill more than 40% of its dispatch positions.

The department, which dispatches police, fire and emergency medical service calls from across the county, is seeking to hire 16 additional dispatchers to reach the allotted staffing of 40 positions, including four part-time positions.

In the meantime, 24 dispatchers are covering those dispatch duties, with life and death often at stake.

“Essentially we are the first responders,” said Susie Murray, emergency communications and 911 manager at the Waco Police Department. “We are telling the officers, the firefighters, we are directing them of where the emergencies are. We are getting that information, we are asking those questions. … Our job is very, very important.”

Murray said the understaffing was a problem even before she arrived in Waco six months ago, after a 13-year dispatching career in Houston.

“In general with the job, dispatch centers are normally understaffed across the nation,” Murray said. “It’s not a unique situation, here in Waco, that we are understaffed and have so many openings because it is being experienced across the nation. But it makes the job harder because we are having to rely on fewer people to do the same amount of work as 40 people would be doing.”

The dispatch team is not alone in its labor shortages. Other public and private employers have struggled to fill positions, including restaurant workers and bus drivers. In September, a record 4.4 million American workers left their jobs.

Murray said replacing dispatchers is especially hard because of the demands of the job.

“The job is stressful, emotionally and mentally and even physically,” Murray said. “With that a lot of people can’t handle the stress. It takes a special person to come in every day and deal with other people’s issues. People aren’t calling 911 because they are having a good day.”

Rebekah Reilly, 32, a 911 telecommunications worker with the Waco Police Department, said as soon as she arrives at work each day she knows she is about to hit the ground running.

While Reilly said all the dispatchers are maintaining a positive attitude and helping each other out during the shortage, many are averaging 50- to 60-hour weeks to help cover the shifts that are needed, while some take on a little more.

“Overall, we are feeling what the nation is feeling as a dispatcher,” Reilly said. “But we will make it through and find people who have the heart and the integrity to be here and want to be here.”

Being understaffed, however, doesn’t deter Reilly from continuing in her career.

“The hours that we are putting in to get over the hurdle, they don’t deter me from staying here,” Reilly said. “Even if I have to put in the hours to keep the county afloat and keep the public safe, … it’s part of the job, it’s part of the commitment I’ve made to the career and the department.”

Murray said the department has received dispatcher applications, but the hiring process can take six to eight weeks, including extensive vetting. It takes another year to fully train dispatchers to work each of five stations on their own.

“Some people might be able to answer 911 calls, but they can’t dispatch officers yet,” Waco Police spokesperson Cierra Shipley said.

At the request of police officials, the city began beefing up dispatch levels in the 2014-15 budget, allocating an additional $346,000 for six new full-time dispatchers and two new dispatch supervisors.

Murray said dispatching is a way to serve the community as a first responder.

“Some people want to be in public service, they want to help but they don’t have to carry a gun and badge, they don’t want to be on the streets,” Murray said.

The department hopes to be able to attract new additions who have the right attitude and qualities to be the first line of communication for people in need.

“Someone with character, integrity, with heart, do they have that?” Murray said. “The job itself, we can train people to operate our systems. I cannot train characteristics and people skills.”

Reilly said she hopes people who want to serve and help others consider the career.

“The reason I got into this is because I didn’t have fulfillment in my last career,” Reilly said. “Here, you do get that good fulfillment of helping somebody and making their day a little better, even if it started out bad. … It’s a good insight into what the world is really like, person to person.”

This story has been updated to correct the number of calls per day Waco Police Department dispatchers typically handle.

Waco Police dispatcher Rebekah Reilly gets ready to start a shift. Many dispatchers are working 50 hours or more per week to cover a staff shortage.

Rebekah Reilly is one of 24 Waco Police Department dispatchers now covering duties intended to be handled by a staff of 40.