Remember the joke about the rube eyeing a New York skyscraper and marveling at how much hay it would hold. Not equating that experience to the opening of Waco’s ALICO Building 111 years ago, but locals reportedly stood awestruck at this modern marvel, with its terra cotta touches, 52-foot-deep foundation, steel frame and cutting-edge elevators.

Those elevators are receiving a $1 million overhaul courtesy of an international company, TK Elevator, already in town.

The ALICO was a big deal. At 22 stories, it may have been the tallest building west of the Mississippi River at that time, definitely the tallest in Texas. Artemas Roberts, who founded the building’s namesake, Amicable Life Insurance Co., reportedly shouldered an ego matching his financial wherewithal. He first announced an eight-story headquarters, then 17-story, finally setting on a 22-story model, thereby winning a high-stakes game of one-upmanship with designers of Dallas’ new Adolphus Hotel.

Roberts vowed to cut edges, not corners, as his creation took shape. He instructed contractors to equip the structure at Fifth Street and Austin Avenue with the latest and greatest, including its elevators.

“Those put in were designed to move 650 feet per minute, which is quite fast even today,” said Joe Webb, an Indiana native who has managed the ALICO Building 40 years.

He knows its crannies, idiosyncrasies and a few secrets. He knows records show Elvis Presley, Lyndon B. Johnson and John Wayne had insurance policies through the company. Artemas Roberts may have carried a gun to board meetings, “because that’s the way Waco was then.” Webb said steel and interior columns produced structural integrity allowing the ALICO to survive the deadly 1953 tornado virtually unscathed.

Those elevators, meanwhile, have their own stories to tell.

Elevator operators, all male and attired in suits and ties, accompanied guests on their trips up and down the ALICO. Later, Webb recalled, a woman occupied a console on the ground floor. She wore headphones and tracked elevator use with a lighting system, watching intently from her perch. She would summon an elevator operator to fetch guests needing an elevator ride.

“The first manager of this building invented an elevator call system that he later patented,” Webb said during a tour he led Friday.

The elevator system Otis installed has served the ALICO well. The building once bustled with business moguls, attorneys, cotton and oil executives, doctors and dentists, Webb said. It had its own power plant, photography dark room, laboratory, medical office and classrooms. It provided 14 suites on each floor, the wealthiest lessees choosing corner offices with the best views.

Otis Elevator maintained an office there, with three mechanics on call.

But Webb said technology and history have collided. Motors that still hoist the cables that move the elevator cars came with the building. They are closely monitored and maintained, and the company paid for a $300,000 overhaul a few years ago, Webb said. More repairs are needed, but a consultant said ALICO is wasting money “trying to fix something that old,” he said.

The current cable will remain. Crews must replace it every 15 years, because it stretches with prolonged use and loses its efficiency.

But new motors are on the way, one having already arrived. A total of six elevators will be upgraded in stages, three in the ALICO Building itself and others in the ALICO complex that includes a parking garage. The insurance company, long since renamed the American-Amicable Life Insurance Co. after a merger, will also make cosmetic improvements to the elevator cars.

Webb estimated the project will run more than $1 million.

“I’ve heard they are replacing one that’s been down about three years,” said Brittany Healy, a scheduler for Associated Court Reporters on the eighth floor. “I believe these are the original elevators, so I feel like any improvement is a good improvement, and I don’t mean that in a negative way.”

Healy said riding elevators in an old building “gives me a sense of history.” She agreed the cars move rapidly between floors, saying the only one faster she can recall served Reunion Arena in Dallas, former home to the Dallas Mavericks basketball team and the Dallas Stars hockey team.

TK Elevator is upgrading the ALICO Building’s elevator system and will service and maintain it, according to a press release it issued.

“The ALICO Building is Waco’s most visible symbol of strength and stability, an iconic building that has stood the test of time thanks to American-Amicable Life Insurance Company,” TK North America CEO Kevin Lavallee said in the press release. “We deeply appreciate that American-Amicable Life has entrusted us with these important elevator upgrades as well as the maintenance and service of these units and look forward to helping keep this incredible building safely operating for another 100-plus years.”

TK Elevator has customers in more than 100 countries and more than a thousand locations around the world, according to the press release. It became independent after it separated from thyssenkrupp AG in August 2020.

Work to be done includes adding regenerative drives to put energy back into the building and installing MAX, which the press release describes as “the elevator industry’s first IoT (internet of things) predictive maintenance solution.”

For Elja Kampfhenkel, “Sometimes, the training was worse than the real thing.”

What is the Florida Python Challenge? 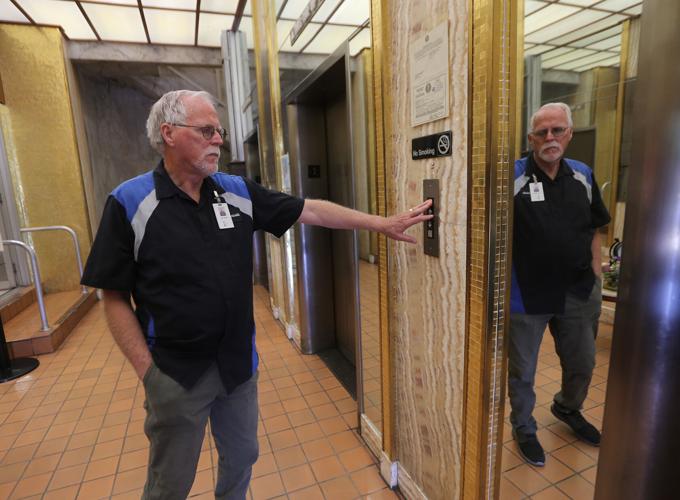 Longtime ALICO Building manager Joe Webb calls an elevator to the lobby. TK Elevator is in the process of a $1 million elevator overhaul for the 111-year-old landmark. 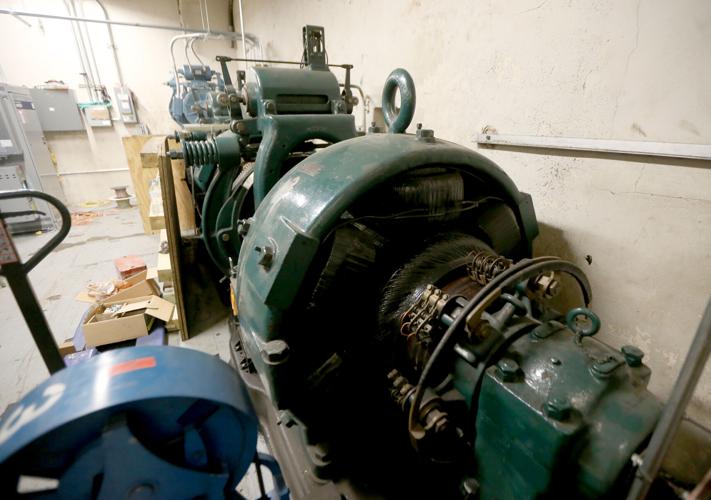 Three original motors that still run the elevators in the ALICO Building will be replaced in an overhaul that is underway. 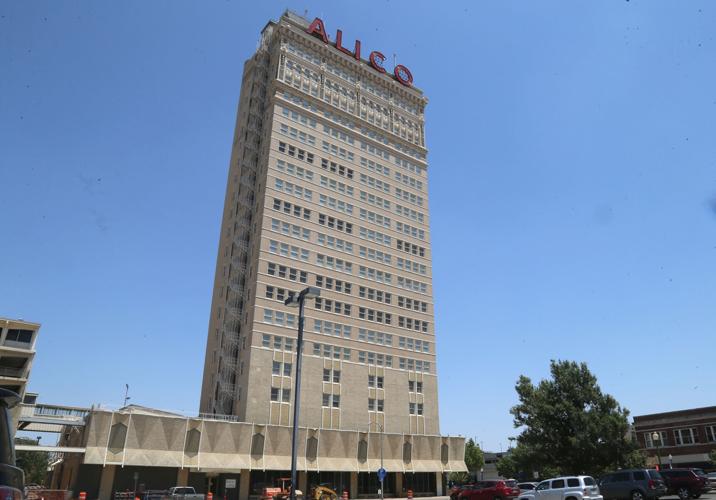 TK Elevator is in the process of overhauling the elevators in the 111-year-old ALICO Building, which are still operated by motors original to the building. The motors will be replaced during the project. 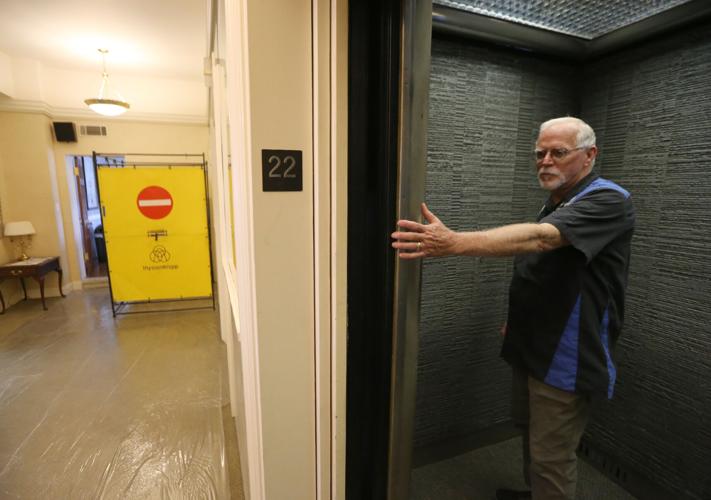 Longtime ALICO Building manager Joe Webb holds open an elevator door on the 22nd floor of the ALICO Building. TK Elevator is in the process of a $1 million elevator overhaul for the 111-year-old landmark. 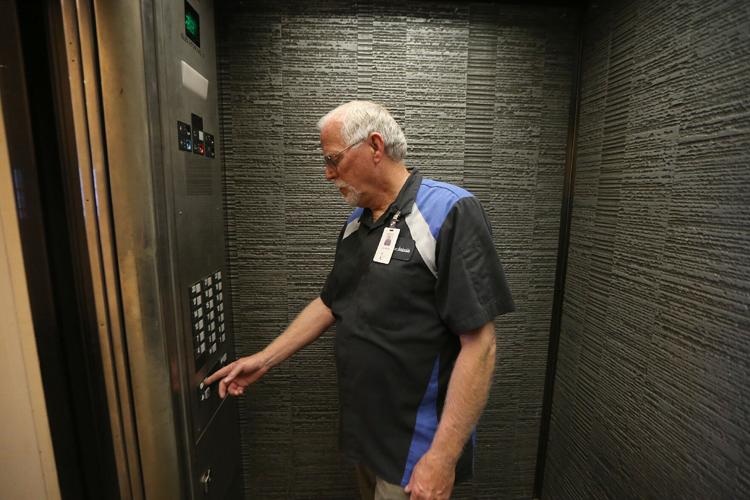 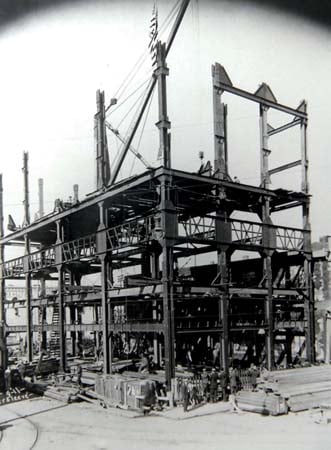 Newspapers in 1910-11 chronicled the progress of construction with frequent photos, many taken by legendary Waco commercial photographer Fred A. Gildersleeve.